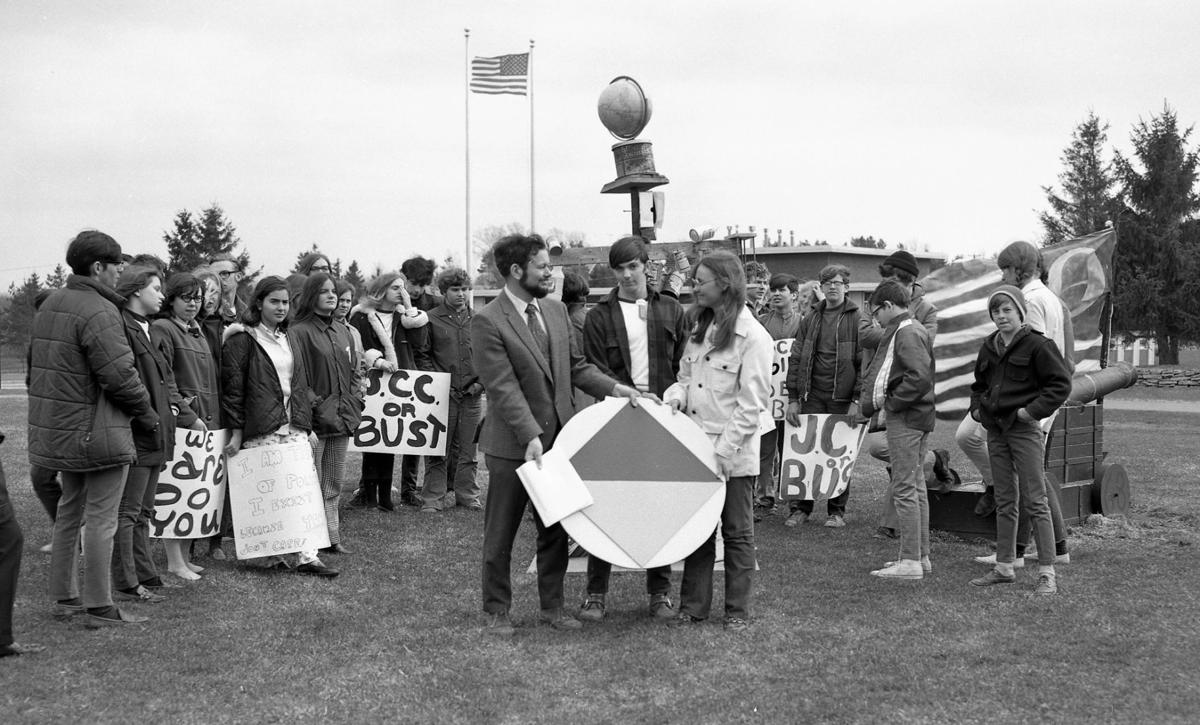 On April 22, 1970, the first Earth Day, more than 30 students from Indian River Central School in Philadelphia rode their bicycles to Jefferson Community College and presented a plaque to John A. Cecil, assistant professor of geology and chairman of the Committee on Environmental Problems. Watertown Daily Times 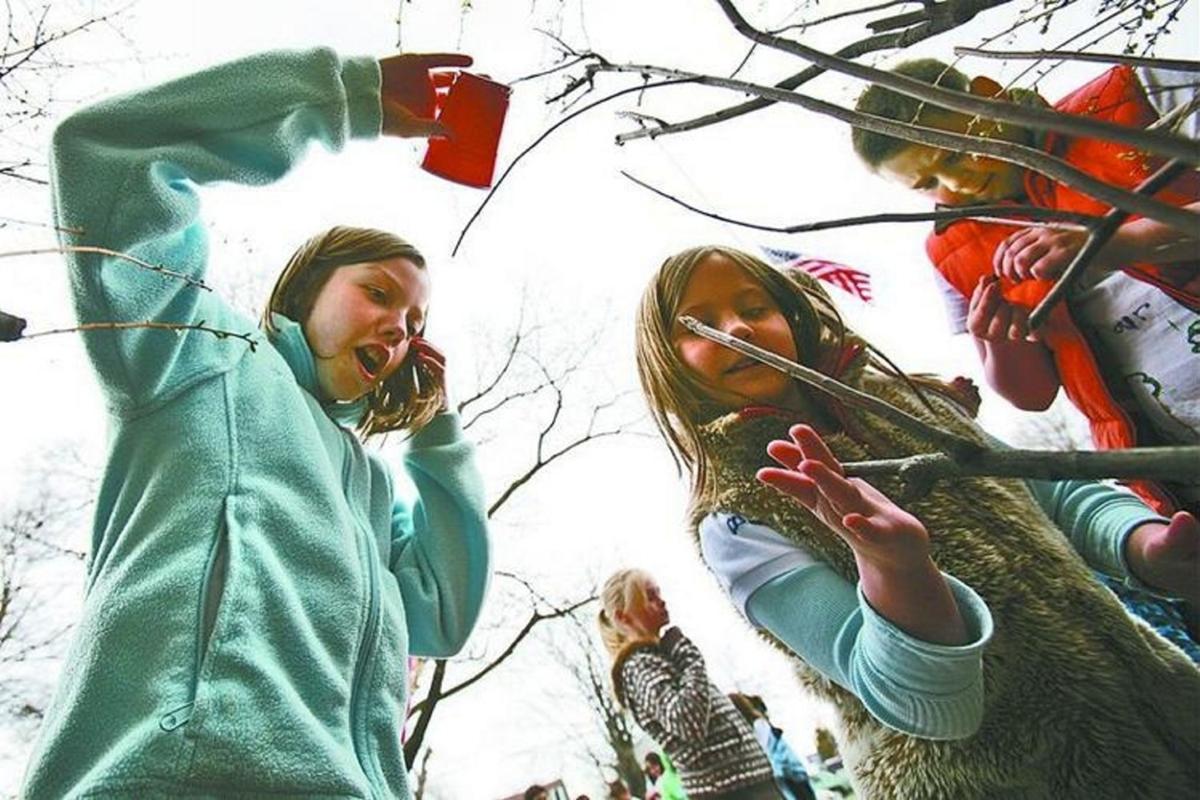 On April 22, 1970, the first Earth Day, more than 30 students from Indian River Central School in Philadelphia rode their bicycles to Jefferson Community College and presented a plaque to John A. Cecil, assistant professor of geology and chairman of the Committee on Environmental Problems. Watertown Daily Times

On April 22, 1970, more than 20 million Americans brought attention to the lingering environmental problems our society faced.

The first Earth Day, held 50 years ago today, drew concerned citizens across the country. More than 30 students from Indian River Central School in Philadelphia rode their bicycles to Jefferson Community College to present a plaque to John A. Cecil, assistant professor of geology and chairman of the Committee on Environmental Problems. The Watertown Daily Times participated in the event by noting some of the problems with pollution in this region.

“Today, most of the Black River is starved for oxygen because of organic pollutants, especially wood pulp,” we reported this day in 1970. “Communities continue to dump raw sewage or inadequately treated sewage into it. Only the scavenger fish can support itself in such an environment.”

The problems that had to be addressed were glaring. By the end of the 1960s, it became obvious that solutions were needed.

“Groups that had been fighting individually against oil spills, polluting factories and power plants, raw sewage, toxic dumps, pesticides, freeways, the loss of wilderness and the extinction of wildlife united on Earth Day around these shared common values,” according to the Earth Day website. “Earth Day 1970 achieved a rare political alignment, enlisting support from Republicans and Democrats, rich and poor, urban dwellers and farmers, business and labor leaders.”

This motivated community leaders and federal authorities to act.

These laws proved environmentally beneficial both nationally and locally.

“Water quality in the Black River has dramatically improved in the past 50 years,” Katie Malinowski, executive director of the New York State Tug Hill Commission, said in a story published Saturday in the Watertown Daily Times. “There have been significant investments in public sewer treatment plants, agricultural best practices, etc.”

Environmental activism has a long history in our country, but Earth Day was a landmark moment. Ecological conservation finally found its way into the public consciousness, and there was no turning back.

Northern New York is blessed to have people and organizations dedicated to preserving the natural resources located here. The Save the River group in Clayton was formed in 1978; the Thousand Islands Land Trust in Clayton began in 1985; the Tug Hill Tomorrow Land Trust in Watertown was founded in 1991; and the Indian River Lakes Conservancy in Redwood was created in 1998.

Earth Day has been commemorated each year since. People have gathered together to express themselves on environmental issues, and cleanup projects have been organized.

Like virtually everything else, Earth Day in 2020 has had to adapt to the reality of the novel coronavirus pandemic. Demonstrations marking the occasion must be held online rather than outside.

But it’s interesting that a planet with substantially less human activity appears cleaner than it has in years. Photos document how lockdown orders have affected ecological conditions for the better.

The lesson is that our actions have definite consequences on the environment, and we need to act now to slow global warming. On this Earth Day, we can see both the progress we’ve made in 50 years and how much we still need to do.

Time to pull the 40 foot rv out, drive down to the gas station, fill the 100 gal gas tank up with $1/gal gas, drive around town with both a/c's running. Gotta get it ready for summer... Earth Day, the day the earth stood stupid...

So, let's consider where this administration is going related to the issue of climate change.

Does anyone notice any parallels with this administration's action on Covid-19?

Looks like the focus is all about big business.

So, how is this administration doing on other issues that impact the average citizen?

Trump on climate change report: 'I don't believe it'

It’s time for Rep. Elise Stefanik to choose a side in climate crisis

You left out that it's Vladimir Ilyich Ulyanov birthday, the true organizer of Agenda 21.

Do a search on co-founder Ira Einhorn and you'll discover all you need to know about these modern day disillusioned disciples.