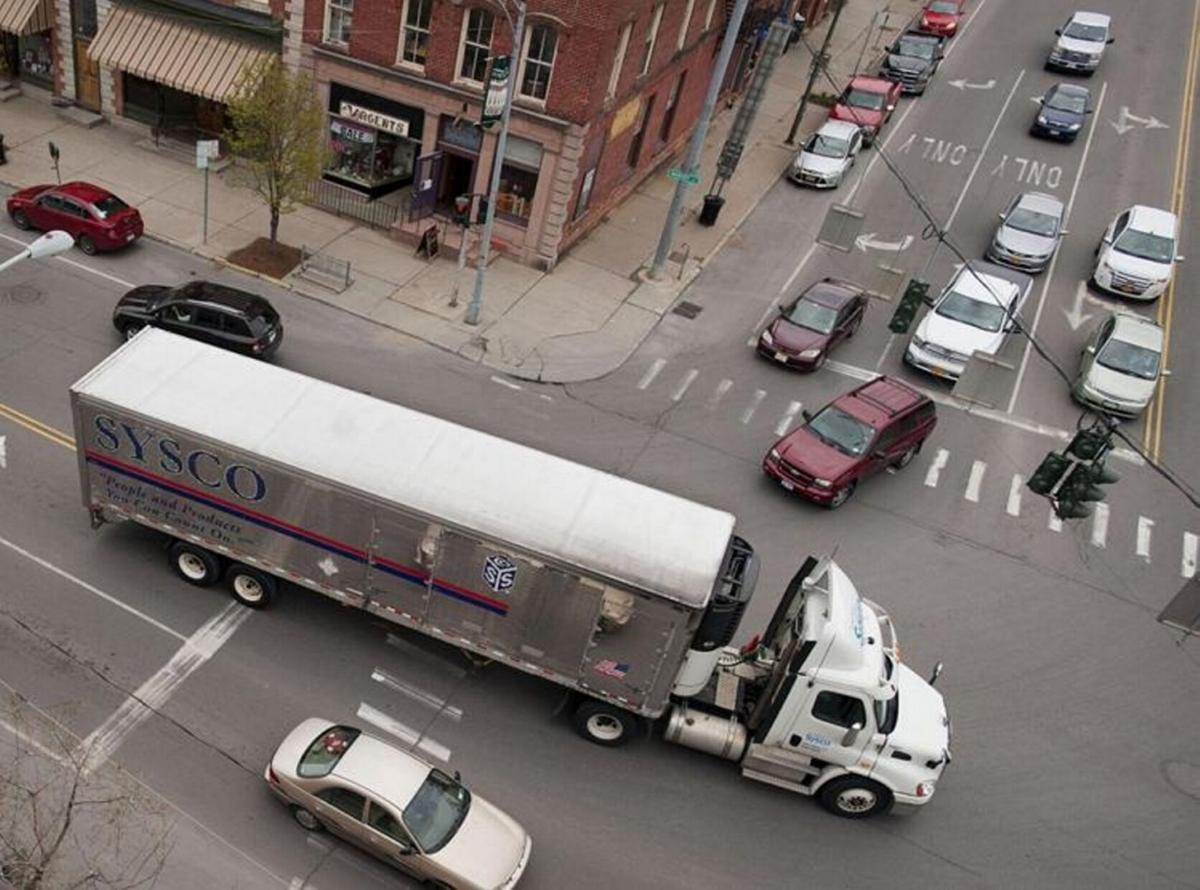 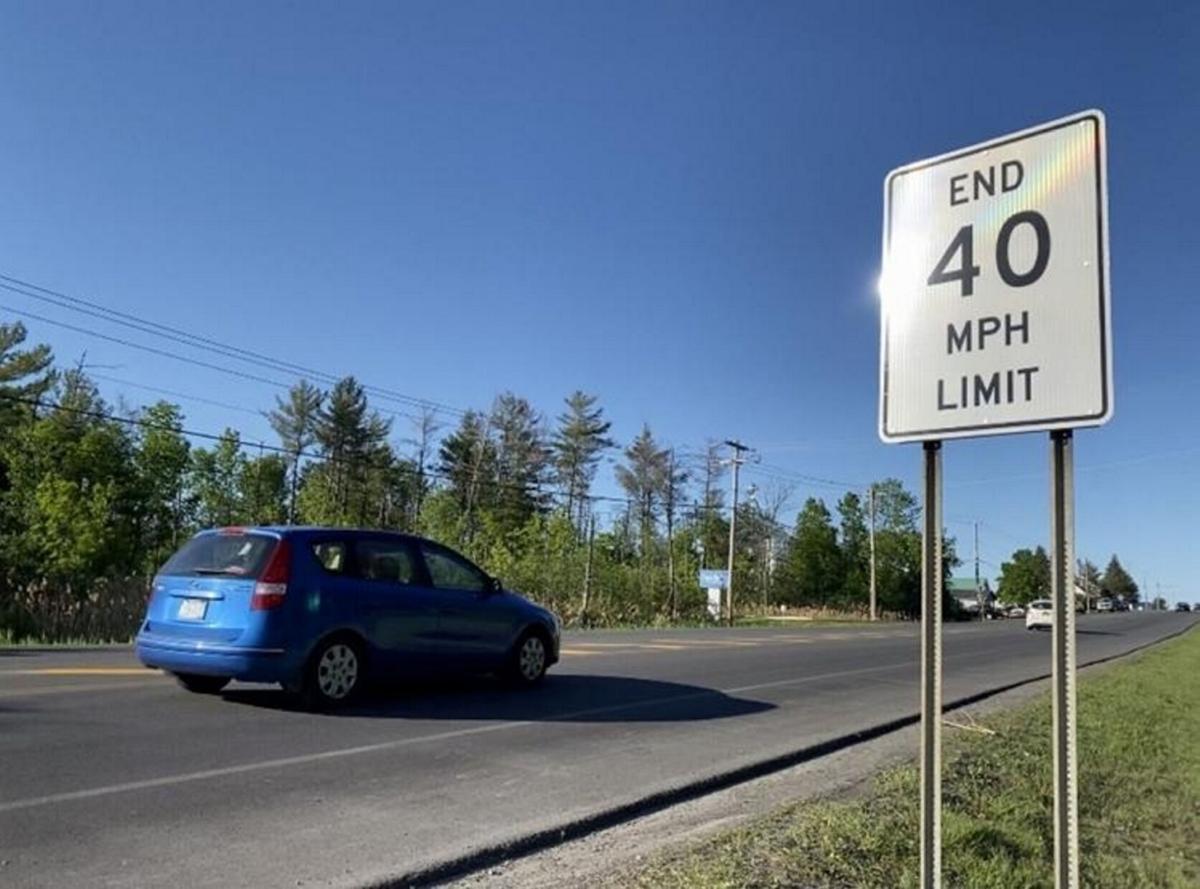 The northbound speed limit marker along Route 11 in front of the Canton Save A Lot plaza indicates the speed limit increases to 55 mph. Ellis Giacomelli/Watertown Daily Times

The northbound speed limit marker along Route 11 in front of the Canton Save A Lot plaza indicates the speed limit increases to 55 mph. Ellis Giacomelli/Watertown Daily Times

Some elected officials in the north country favor an idea that’s been bandied about for quite a while.

It’s a proposal to construct an interstate connecting Jefferson County and Clinton County. Interstate 98 would end near Champlain, which is close to both the Canadian border and New York’s boundary with Vermont. Dubbed the Rooftop Highway, this would ease movement around the communities situated along Route 11.

Massena Mayor Timothy Ahlfeld recently revived the idea. He sent a letter to other municipalities to see if they would support such a project.

“The proposed highway would run 140 miles between Watertown and the Canadian border at Champlain. Supporters say it would boost the region’s economy. Opponents say it would divert traffic away from local communities, and the money should be spent to improve Route 11, the main east/west road spanning the north country,” according to a story published July 26 by the Watertown Daily Times. “Gov. Andrew M. Cuomo had referenced the Rooftop Highway in his 2014 State of the State address. But the concept never got off the ground, and Mr. Ahlfeld wants to see if the proposal can be resurrected again for discussion.”

Ahlfeld said he would pursue the proposed highway with other public officials in an attempt to gain some momentum. Federal funds are available, and now is a good time to access them for this project, he said.

“I did some research. I found out this has been going on since before I was born in the early [1960s]. I was born in ’63, and this has been talked about way back in the ’40s and ’50s and it really gained some traction in the early ’60s,” he said in the article. “We’re going to send [the letter] to the Jefferson County Board of Legislators, leaders in St. Lawrence County, over in Clinton County as well as our state leaders and Sen. [Charles] Schumer and Sen. [Kirsten] Gillibrand’s office, just to see if there’s any interest. If there’s not, that’s fine, but at least we didn’t sit here doing nothing.

“One of the biggest problems that we have is people. Once they get there, they love it here. But it’s hard to get here. It’s hard to get a product out of here,” Ahlfeld said. “Who knows what can happen. I think the last time some of the things that were done, there were arguments and discussions about where it should be. I’m not so interested in where it is as long as we’ve got something here.”

Based on his research, Ahlfeld should realize there’s never been sufficient support for this project to get it moving forward. It would be wonderful to have an interstate between Watertown and Champlain.

But that doesn’t make it practical or financially feasible. On this page, we’ve previously argued that a better option would be to create bypasses around some communities to ease congestion on Route 11.

One concern with the Rooftop Highway is the number of people leaving Northern New York each year. How could a project of this scale be justified when residents are abandoning this region for greener pastures in other states? The lack of significant economic development is a prime reason for the out-migration, and this won’t change until the state government gets over its obsessive spending/taxing and its need to micromanage businesses.

For the time being, whatever money exists for infrastructure should be spent on improving Route 11 and creating some bypasses around designated communities. This would alleviate traffic problems and accomplish some of the Rooftop Highway’s objectives.

By passes are what killed many small villages along route 11 and other state highways. More are not needed. Slow down and enjoy the scenery

The tide is changing for the population of the North Country. The damage from climate change in the West is driving people East. One realtor has intimated that houses are being bought sight unseen by people from California and other places. We have been discovered.