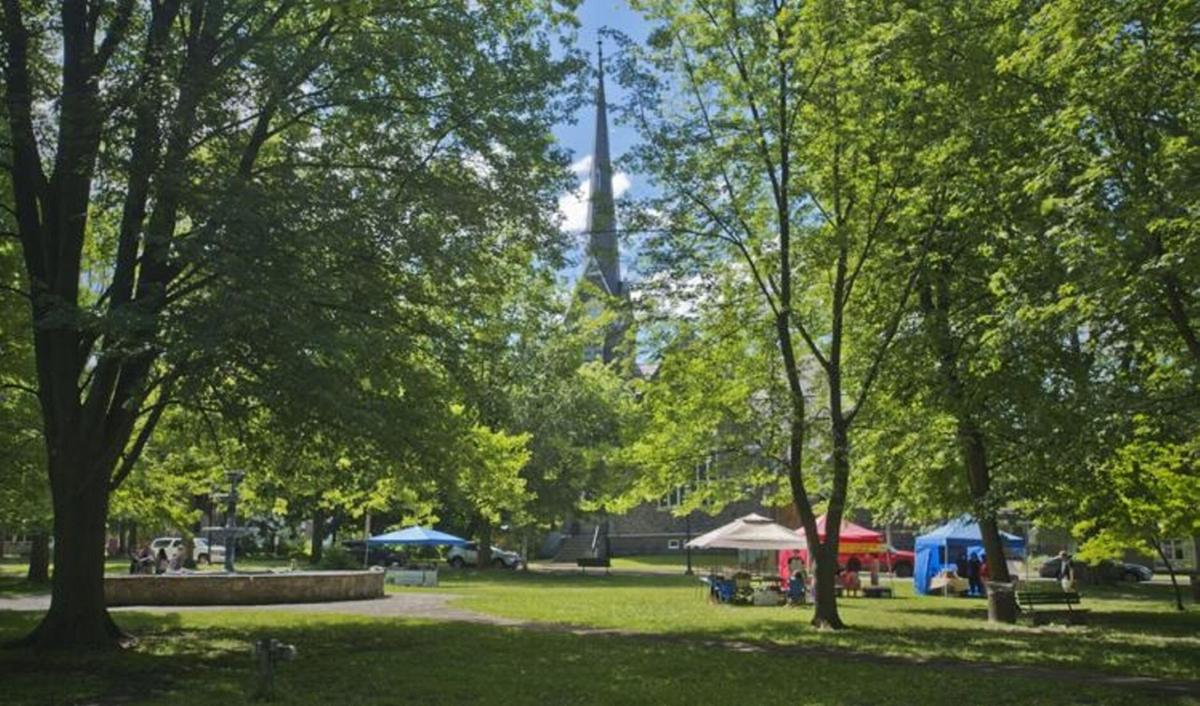 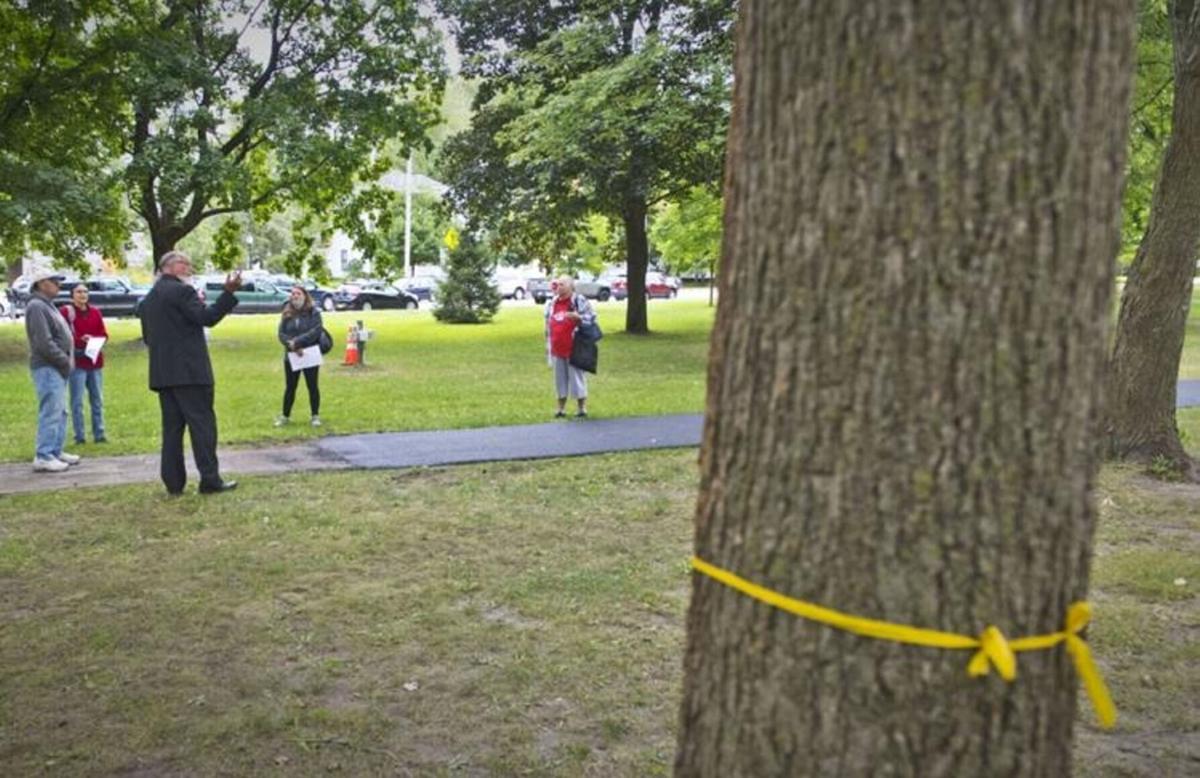 The green space owned by First Presbyterian Church in Canton serves, in a way, as the village’s front yard.

Canton Village Park has hosted any number of public events over the years. It’s also regularly used by residents looking for someplace tranquil and picturesque to spend a portion of their day.

The church and village have shared a unique arrangement when it comes to this cherished asset for two centuries. While First Presbyterian owns the area, the Canton Department of Public Works maintains it.

The park will require some additional maintenance to ensure future generations can enjoy its beauty. While trees enhance the aesthetic quality of any green space, the more unhealthier ones in Canton Village Park must be removed.

“The park’s silent witnesses over 200 years have been the trees shading the meeting ground, vigil site, festival venue and home of the seasonal farmers market. Bounded by Main and Park streets, the park is now shaded by 60 trees, each with underground extremities and leafy crowns. A mix of sugar, red, silver and Norway maple, northern red oak and linden comprise the bulk of the stand. The Rev. Michael P. Catanzaro, pastor of First Presbyterian, led two Greet the Green tours [last] week, highlighting upcoming tree work funded by the state Department of Environmental Conservation’s Urban and Community Forestry Program,” according to a story published Sept. 3 by the Watertown Daily Times. “The St. Lawrence County Soil and Water Conservation District has been working with the village Tree Committee and First Presbyterian to revitalize the treescape using DEC funds awarded earlier this year. With recommendations from county forester Aaron Barrigar, grinding will level two stumps, and 12 dead or dying trees will be removed. A variety of seven maple species, three ash, one American elm and one Norway spruce are marked to be removed due to frost cracks, dieback and mower damage. Work on the remaining 48 healthy trees will involve pruning, cleaning of crowns, soil aeration and mulching. The removed trees will be replaced by 24 new plantings.

“In December, the DEC announced $1.4 million in UCF funding for publicly maintained trees. Over the last decade, the state has issued more than $12.6 million through the program. In last year’s 15th round, the north country region was awarded grants for the city of Watertown and the villages of Malone, Saranac Lake and Canton. Canton’s $14,000 portion is supporting the development of a Community Forest Management Plan outlining annual tree maintenance practices, long-term protections and a response to potential emerald ash borer infestations. All of the park’s three ash trees are among those marked for removal,” the article reported. “On Arbor Day this spring, the state announced a second sum of UCF funding added to the 15th round. Another $1.18 million brought the round’s total to roughly $2.6 million for urban forests across the state. Canton was the only north country municipality to be awarded additional funds. The village is receiving $32,000 for the park’s tree work, with a local match of $8,000 covered by the town. [The] Town Council approved the supplemental funding in June.”

It’s wonderful to see the cooperation between First Presbyterian Church, the Canton DPW and state DEC to look out for the health of the park. This green space is essential to the life of the village, and this project will contribute to its use for years to come.