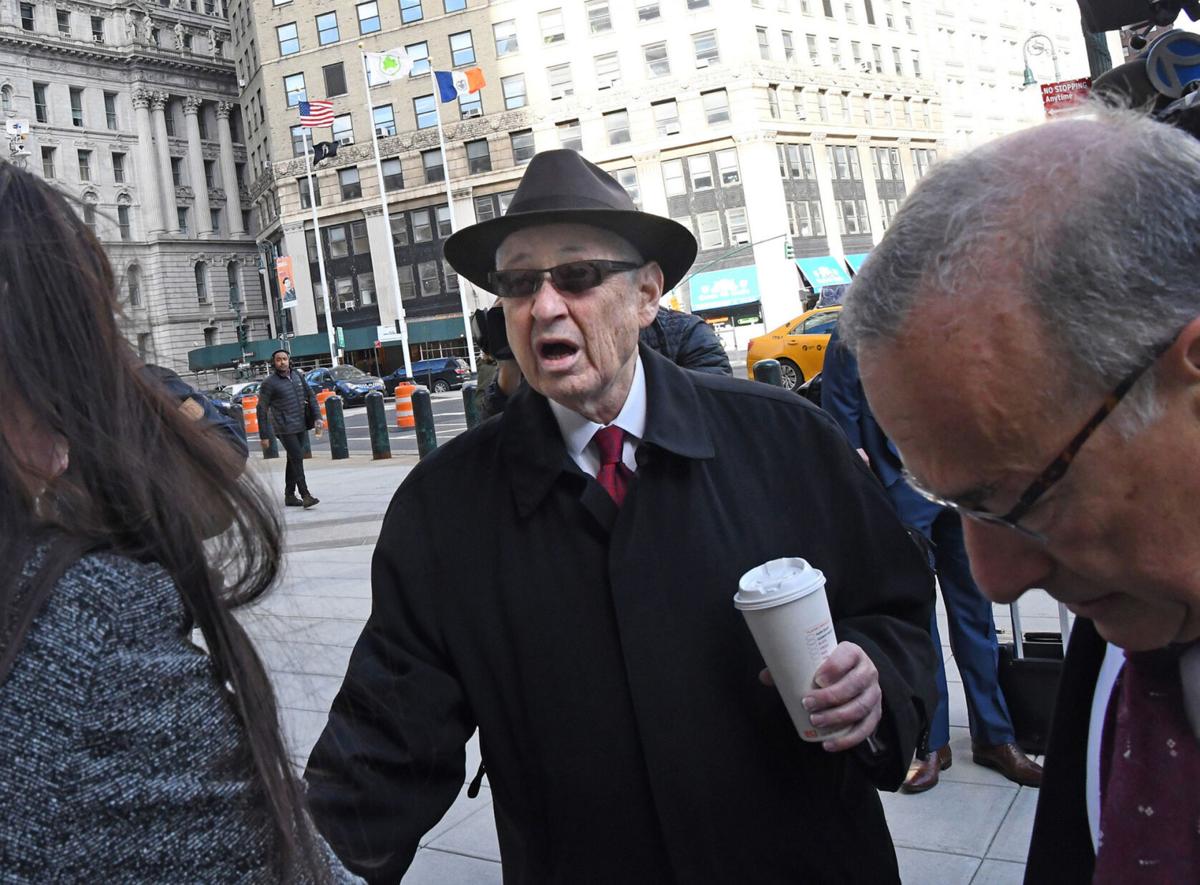 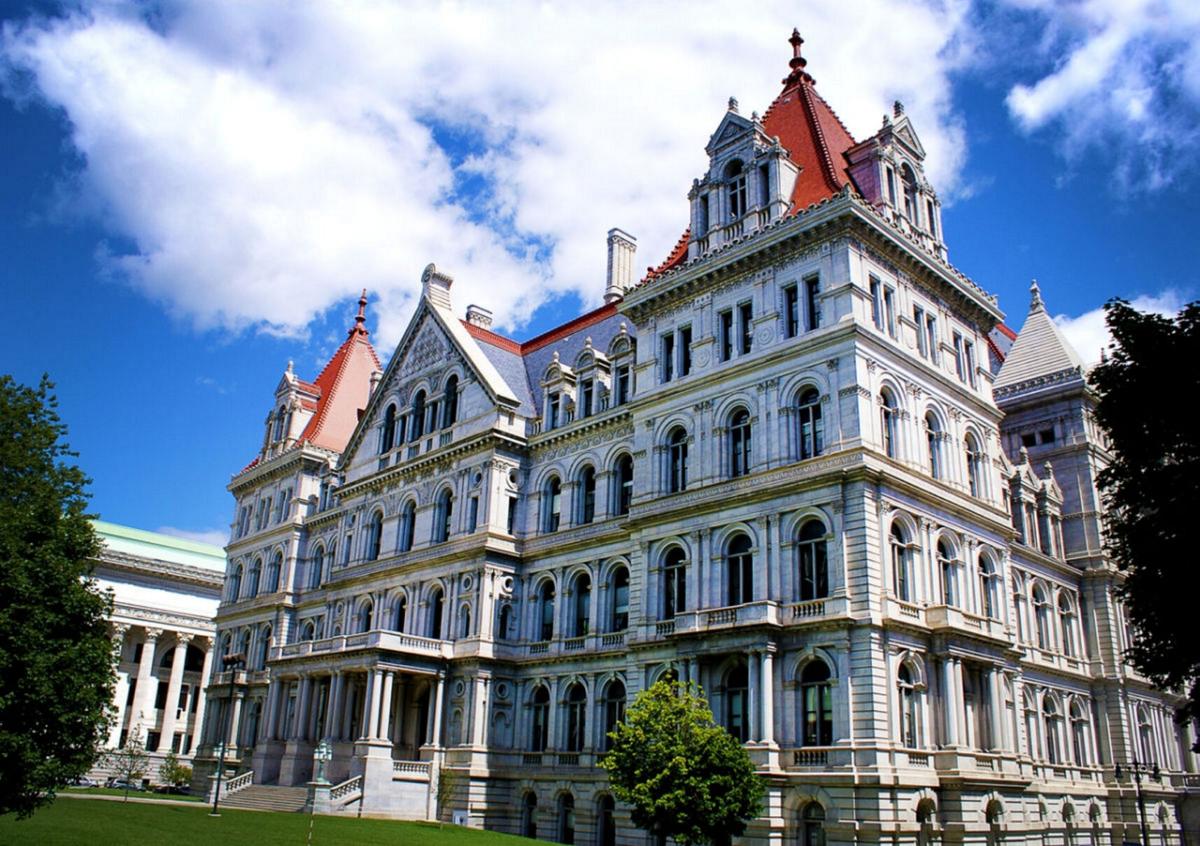 A photo of the state Capitol building in Albany. Contributed photo

A photo of the state Capitol building in Albany. Contributed photo

It took more than five years for the federal government to arrest, try, convict and sentence Sheldon Silver to prison.

Mr. Silver, the former Democratic speaker of the state Assembly, was charged with corruption and bribery in January 2015. The counts resulted from a probe conducted by the Moreland Commission to Investigate Public Corruption.

Convictions on various charges, stemming from one trial in 2015 and another in 2018, were overturned. But an appeals court in January upheld Mr. Silver’s convictions on a real estate scheme and money laundering charge.

On Monday, Judge Valerie E. Caproni of Federal District Court in Manhattan sentenced Mr. Silver to more than six years in prison. Her previous sentences of 12 years and seven years had been overturned. Now, she finally got the chance to ensure he would be incarcerated for his crimes.

Mr. Silver exerted considerable influence in the Assembly during his two decades as speaker. He, former state Sen. Dean G. Skelos and Gov. Andrew M. Cuomo formed the Three Men in a Room. Behind closed doors, they pretty much called all the shots on the annual state budget and any major pieces of legislation.

But then Mr. Silver came under indictment followed shortly thereafter by Mr. Skelos. The former Republican Senate majority leader was found guilty with his son; he was sentenced in 2018 to four years and three months in prison. In April, however, Mr. Skelos tested positive for the novel coronavirus and was granted permission to complete his sentence under house arrest.

Mr. Silver’s arrest and convictions portrayed the ugly side of state government.

“The Lower East Side Democrat was convicted of secretly taking $800,000 in legal fees from real estate developers from 2005 to 2015. The money came mainly from Glenwood Management, which owns luxury apartment buildings in Manhattan and the Bronx. The company is one of the biggest campaign contributors in state politics,” according to a New York Daily News story published Monday by the Watertown Daily Times. “In return for the money, Silver performed a number of favors, including supporting tax breaks and landlord-friendly rent rules under the state’s 2011 Rent Act and voting in favor of Glenwood’s applications for tax-exempt financing of its projects.”

Facing Judge Caproni during his sentencing, Mr. Silver acknowledged the corrosive effects of his actions.

“I know that a lot of people have lost faith in their government,” he said, according to a story published Monday by the New York Times. “And I know that my actions contributed to that loss of faith.”

He’s right. To use his office in for his own financial benefit was infuriating and unacceptable. This is not why voters sent him to Albany from 1977 to 2015.

For our public leaders to abuse their power to enrich themselves erodes people’s trust in the function of government as well as electoral politics. Americans were shocked and appalled when President Richard Nixon resigned following the Watergate scandal. But since then, it’s not uncommon to see elected officials leave their positions for one controversy or another — and we’ve all grown more cynical about the process as a result.

However, the investigation and conviction of Mr. Silver has helped restore some trust in our government. The criminal justice system worked properly in this instance, and a corrupt politician was removed. His sentence to prison showed what happens when legislators take advantage of the authority we let them exercise, and we hope others will learn from Mr. Silver’s tragic fall from grace.

NC, Don’t forget Jesse Jackson Jr and Anthony Weiner. Wow, I feel sorry for you to have to go through life filled with hate and see yourself as one of the good guys.

Plattsburgh’s Republican Assemblyman Chris Ortloff just got out of prison for his pedophilia conviction, Mr. Silver can have his cell!

Silver is a democrat hero. Read the 3 men in a room comment in the article. Cuomo is just as bad. He just hasn't been caught.

That’s your “feelings”. I’ll go with convictions, thanks. I know Republicans want our government to be run by their “feelings” about things that trigger them, like gay marriage and sex education in school. Maybe we could make a safe space for them. Trump’s president, he didn’t “lock up” Hillary. (Again, you have “feelings” and I look for convictions in a court of law: Michael Cohen, Michael Flynn, Paul Manafort, Sheldon Silver, Dennis Hastert, Chris Ortloff) see convictions! Have fun with your delicate feelings.

Not one word about the central figure in the article and I'm the one beholden to "feeling". You know, I've always been the guy who doesn't like when someone says, "I feel that...' I've always preferred "think". It is interesting where thinking and feeling overlap but I dont think it has anything with convictions. If so, Silver wasn't a bad guy until he was convicted.

Do you support the decision to close down the Alteri pool in Watertown?