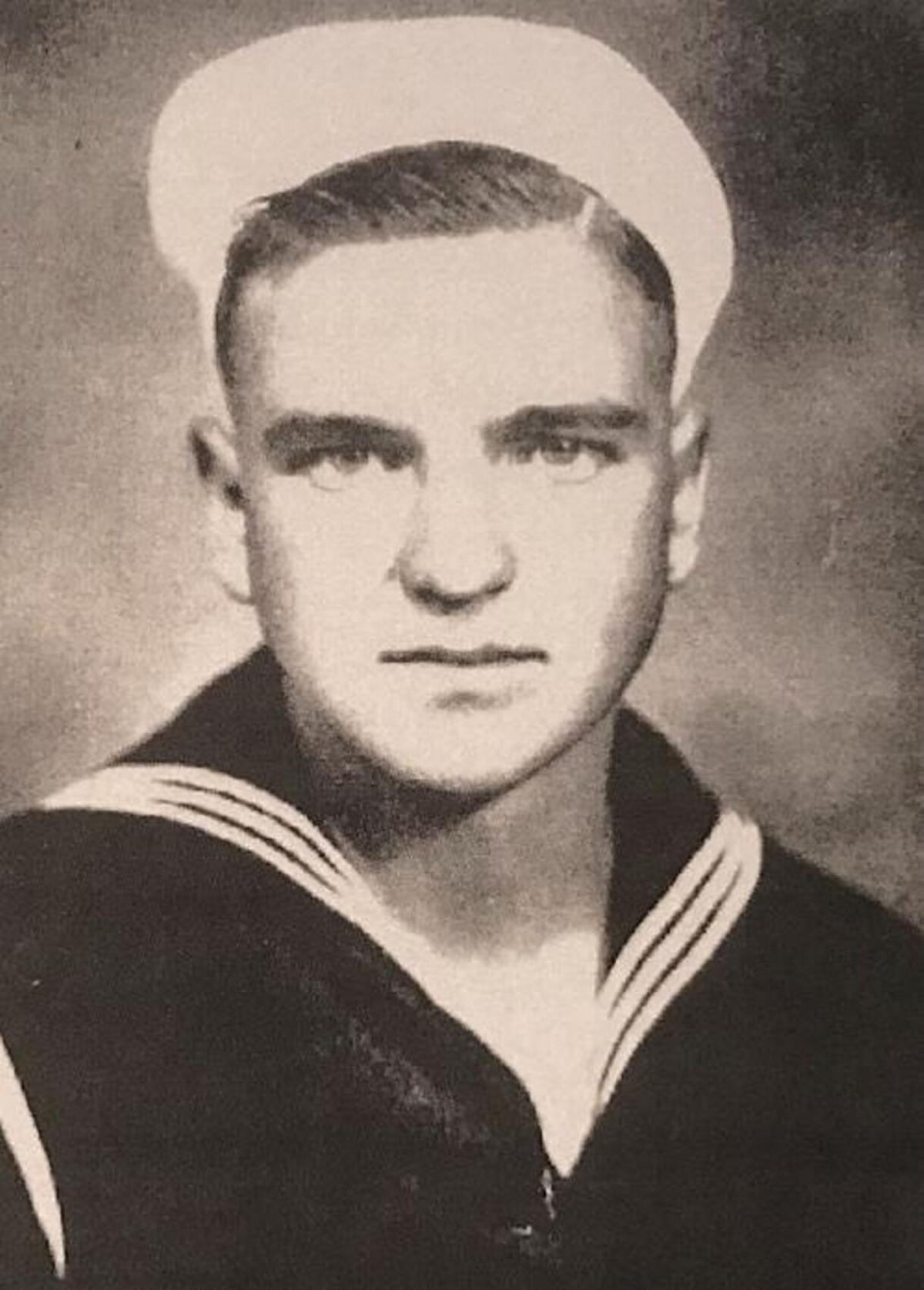 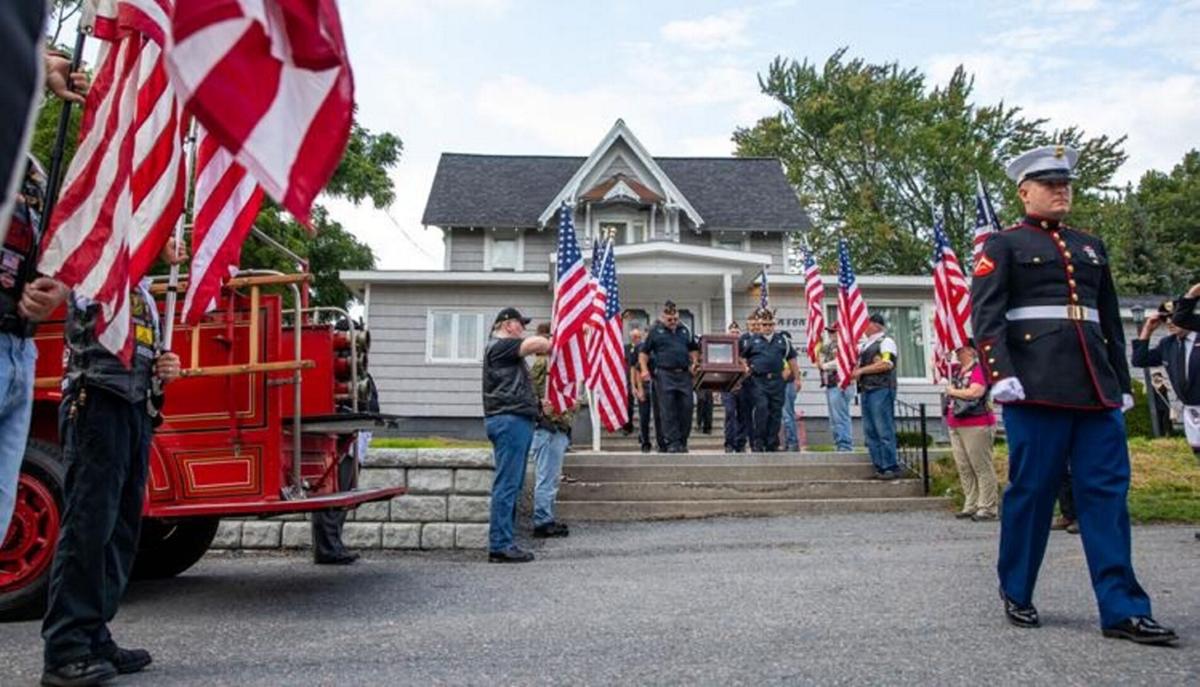 The seaman first class in the U.S. Navy, a 19 year who lived on a farm in Pillar Point, was assigned to the USS Oklahoma at Pearl Harbor. On Dec. 7, 1941, he and 428 of his fellow sailors and Marines died when the U.S. fleet was attacked by the Japanese military.

At least nine torpedoes fired by enemy pilots struck the Oklahoma, ripping open her port and forcing her to capsize. Many of those aboard were freed. But Seaman Savage was among those who were killed.

About 2,400 Americans lost their lives at Pearl Harbor that day. The attack resulted in the United States entering World War II. Two other men from the area — Seaman First Class George Phelps, 19, of Henderson and Pharmacist’s Mate First Class Silas Wainwright, 26, of Gouverneur — also died during the attack on Pearl Harbor.

On the evening of Aug. 13, Seaman Savage’s remains arrived in Dexter. After extensive research, his body was eventually identified by investigators with the Defense POW/MIA Accounting Agency.

This entity is part of the U.S. Department of Defense. Its mission is to recover and, if possible, identify missing U.S. military personnel from previous conflicts around the globe.

“In September 1947, tasked with recovering and identifying fallen U.S. personnel in the Pacific Theater, members of the American Graves Registration Service disinterred the remains of U.S. casualties from the two cemeteries where USS Oklahoma crewmen were buried and transferred them to the Central Identification Laboratory at Schofield Barracks in Honolulu. The laboratory staff was only able to confirm the identifications of 35 men from the USS Oklahoma at that time. The AGRS subsequently buried the unidentified remains in 46 plots at the National Memorial Cemetery of the Pacific, known as the Punchbowl, in Honolulu,” according to a story published Aug. 13 by the Watertown Daily Times. “In October 1949, a military board classified those who could not be identified as non-recoverable — among them, Seaman Savage. But working with new science and technology, between June and November 2015, DPAA personnel exhumed the USS Oklahoma unknowns from the Punchbowl for analysis. To identify Seaman Savage’s remains, scientists from DPAA used dental and anthropological analysis.

“Additionally, scientists from the Armed Forces Medical Examiner System used mitochondrial DNA, Y-chromosome DNA and autosomal DNA analysis,” the article reported. “Seaman Savage’s name is recorded on the Walls of the Missing at the Punchbowl, along with the others who are still missing from World War II. A rosette will be placed next to his name to indicate he has been accounted for. [Dexter Mayor James] Eves, who served in the Navy from 1965 to 1971, said that Seaman Savage’s brothers, Karl A. and Robert K. Savage, both of the Dexter area, were key to identifying his remains. Karl died in 2014, and Robert died in 2017.”

On Dec. 21, 1941, Elizabeth and Roswell Savage received a telegram from the Navy informing them that their son “was missing following action in performance of duty and in the service of his country.” It added: “The department appreciates your great anxiety and will furnish you full information properly when received.”

But persistence paid off for DPAA investigators. Seaman Savage received the honors he deserved once his remains were returned to the region.

Funeral services were held Aug. 21 in Dexter, and he was interred near his parents at Dexter Cemetery.

Thursday’s terrorist attack in Kabul, Afghanistan, killed 13 U.S. troops and at least 170 Afghans. Danger continues to plague many parts of the world, and we must not ignore the extraordinary role that our military personnel play in protecting those who are most vulnerable.

Seaman Savage can now rest in peace among members of his family. We commend his service and the sacrifice that he and his loved ones paid for safeguarding the freedoms we hold dear.

Due to an editor's error, an earlier version of this editorial contained an incorrect middle name for Seaman Savage.