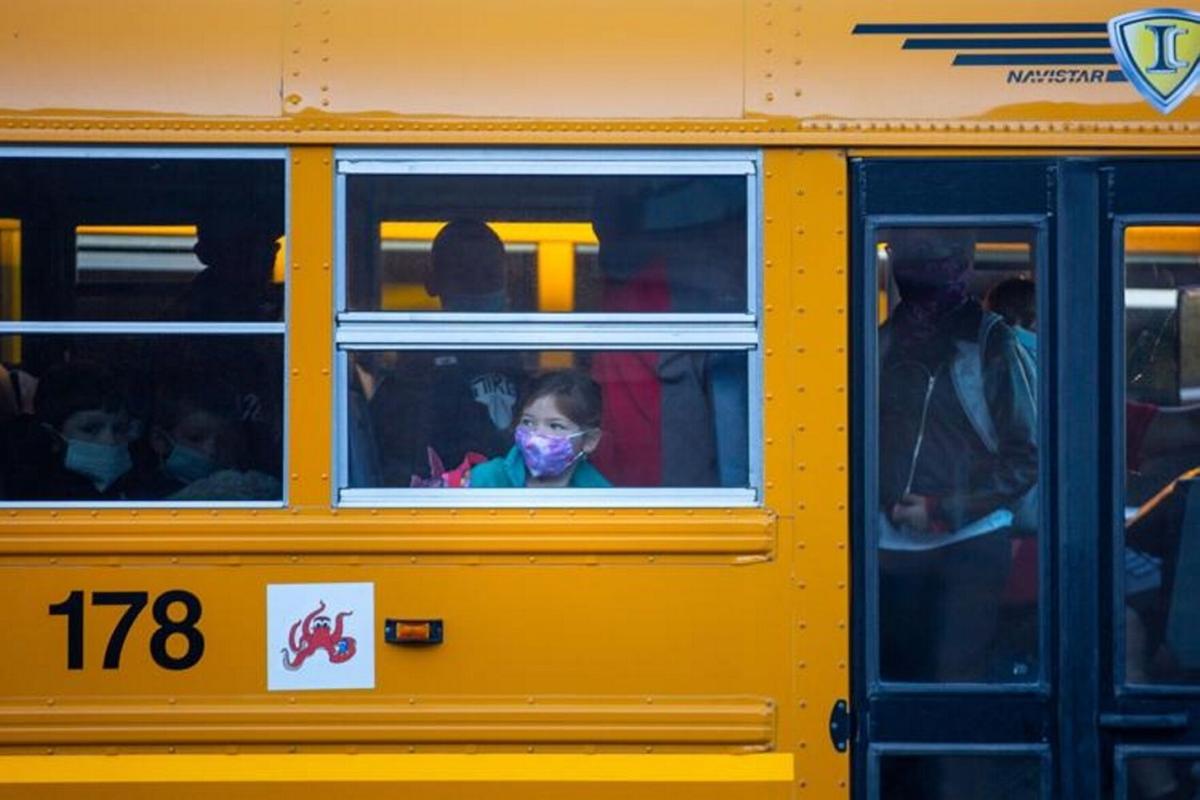 Students waiting to get off the bus for their first day of classes Sept. 7 check out their new elementary school at the South Lewis Central School campus in Turin. Kara Dry/Watertown Daily Times 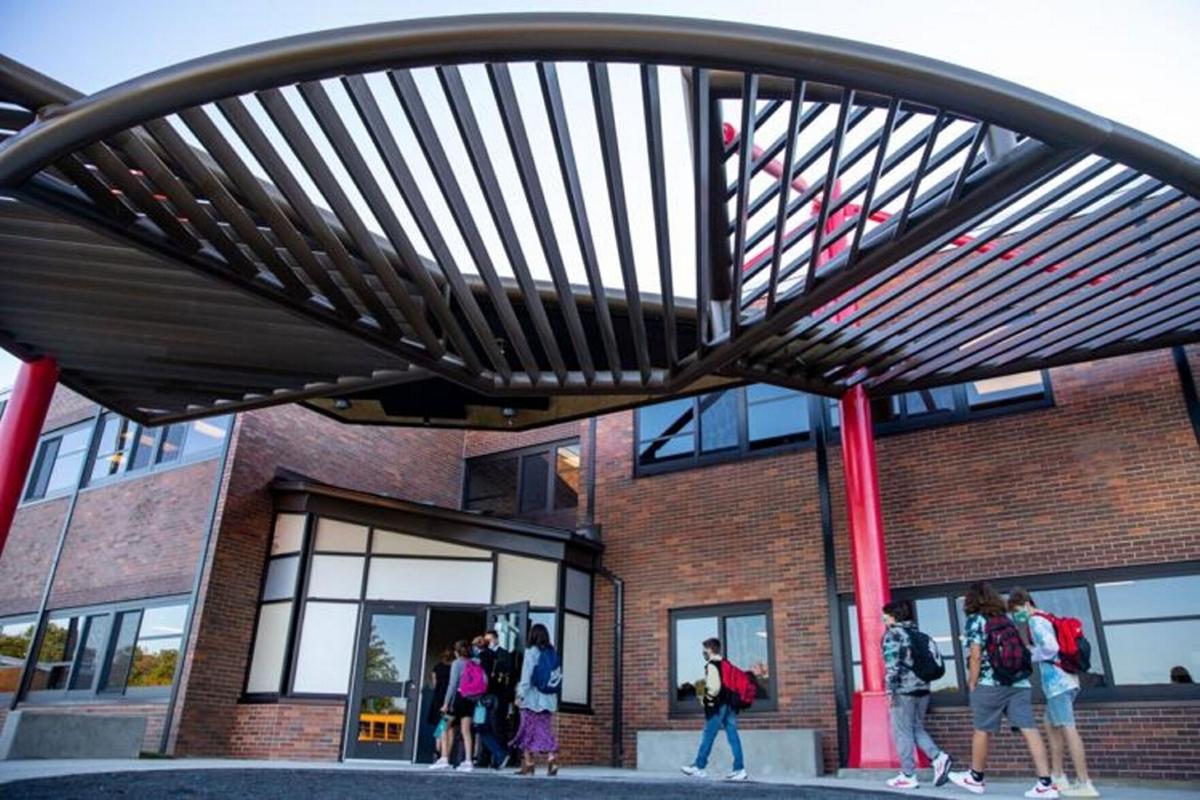 Students waiting to get off the bus for their first day of classes Sept. 7 check out their new elementary school at the South Lewis Central School campus in Turin. Kara Dry/Watertown Daily Times

This was a landmark achievement for district officials for more than one reason. It marked the district’s success in embarking on a necessary capital improvement project, and it ushered in a new era for the entire district.

South Lewis closed Glenfield Elementary and Port Leyden Elementary at the end of the 2020-21 school year. All students are now attending classes on the same campus. This allows authorities to consolidate their resources and save money by operating a sole structure.

Officials for years have debated over whether to make needed renovations at each school or move to a single-campus model. Members of the school board proposed a $30.1 million capital project in 2006, which would have closed all but one of their elementary schools. While voters didn’t approve the plan, district representatives continued to discuss how to maintain their facilities as enrollment declined.

Constableville Elementary School was closed in 2012. Enrollment has been reduced even more, so consolidation seemed like the logical choice.

In 2017, most district residents attending three informational meetings said they approved of proposed a single building. About 74% of those present said they supported a plan to add an elementary school wing on to the middle/high school building in Turin and closing Glenfield and Port Leyden. This was preferred over the option to upgrade all existing campuses.

But in December 2017, residents again voted against a measure to implement this idea. Nearly a year later, they finally approved a proposal that had scaled back the renovation plan from $44.3 million to $38.9 million.

On Sept. 7, South Lewis students were welcomed to their new campus.

“The 258,000-square-foot campus’ new main entrance makes a statement, framed by a modern, sculptural canopy of three-layered, fan-shaped grates suspended by red, peaked frames; multi-colored brick walls; and new landscaping. Connected to the original building, the new two-story, 78,000-square-foot elementary school sprawls to the right of the entrance. District Superintendent Douglas Premo, the school consolidation and capital project’s biggest proponent, said that while there is a long “punch list” of things that still need to be completed, it is a relief to be wrapping it up and getting children back to school,” according to a story published Sept. 7 by the Watertown Daily Times. “In addition to the new elementary school, the original middle/high school building was given a face-lift and some renovations; improvements were made to the bus garage and biomass facility and new sports fields were created on 40 acres of donated land adjacent to the campus. The $40 million capital project was approved in a 2018 vote of district taxpayers. According to the last date provided by the state Education Department, there are about 976 students enrolled in classes from kindergarten to 12th grade at South Lewis. At one time, the School District consisted of six separate community schools in Greig, Lyons Falls, Constableville, Glenfield, Port Leyden and Turin.”

Former students of all these schools are bound to have mixed emotions about the closure of these buildings. They spent a good portion of their youth there, and it’s hard to let go of all those memories.

But declining enrollment has presented new challenges to South Lewis Central School District, and officials made a wise choice. They’ve created a wonderful structure that houses all their students, and they’ve saved taxpayer money in the process. We commend them for following through on such a prudent plan.