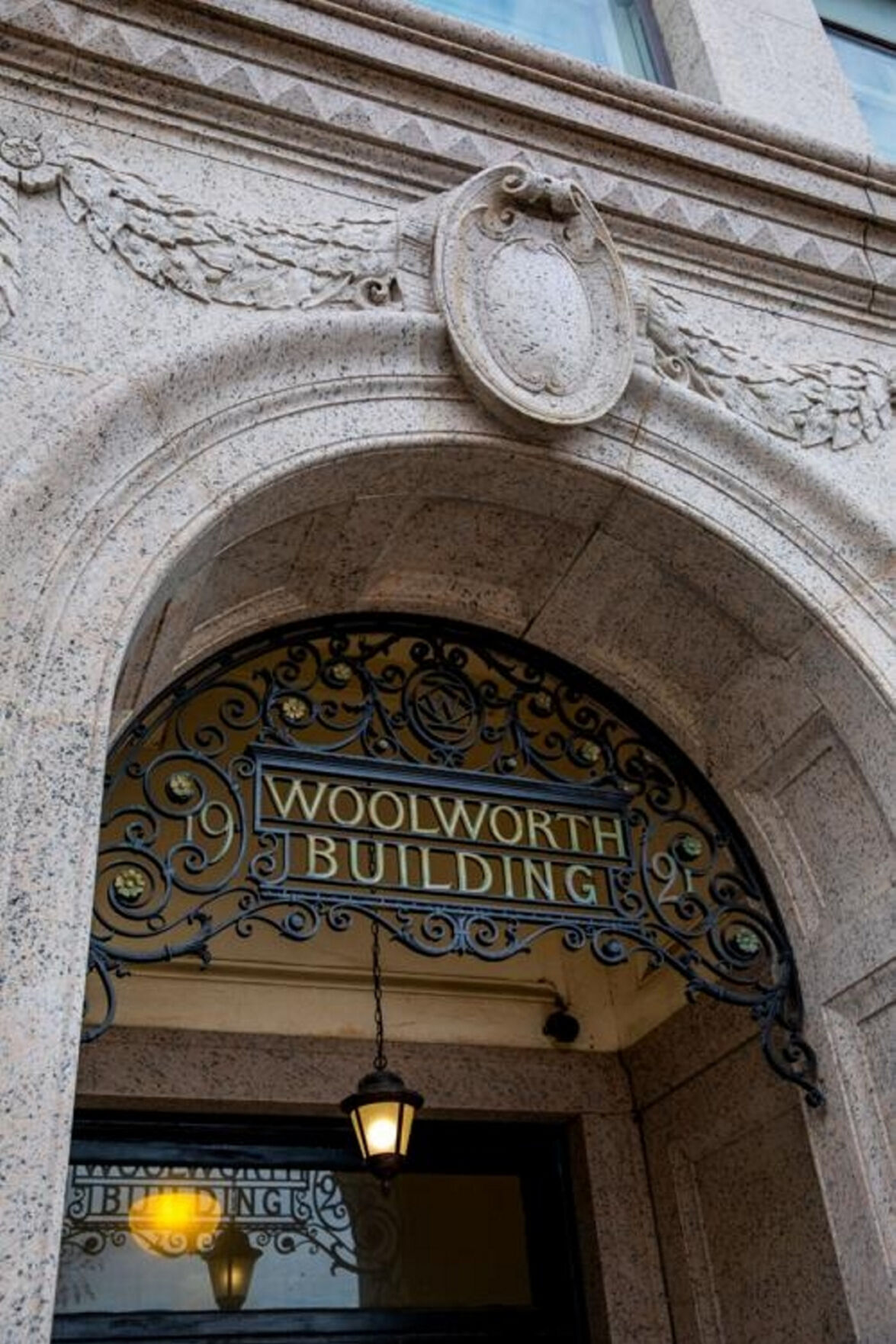 The historic Woolworth Building in Watertown will serve as the site of BCA Architects & Engineers. Kara Dry/Watertown Daily Times 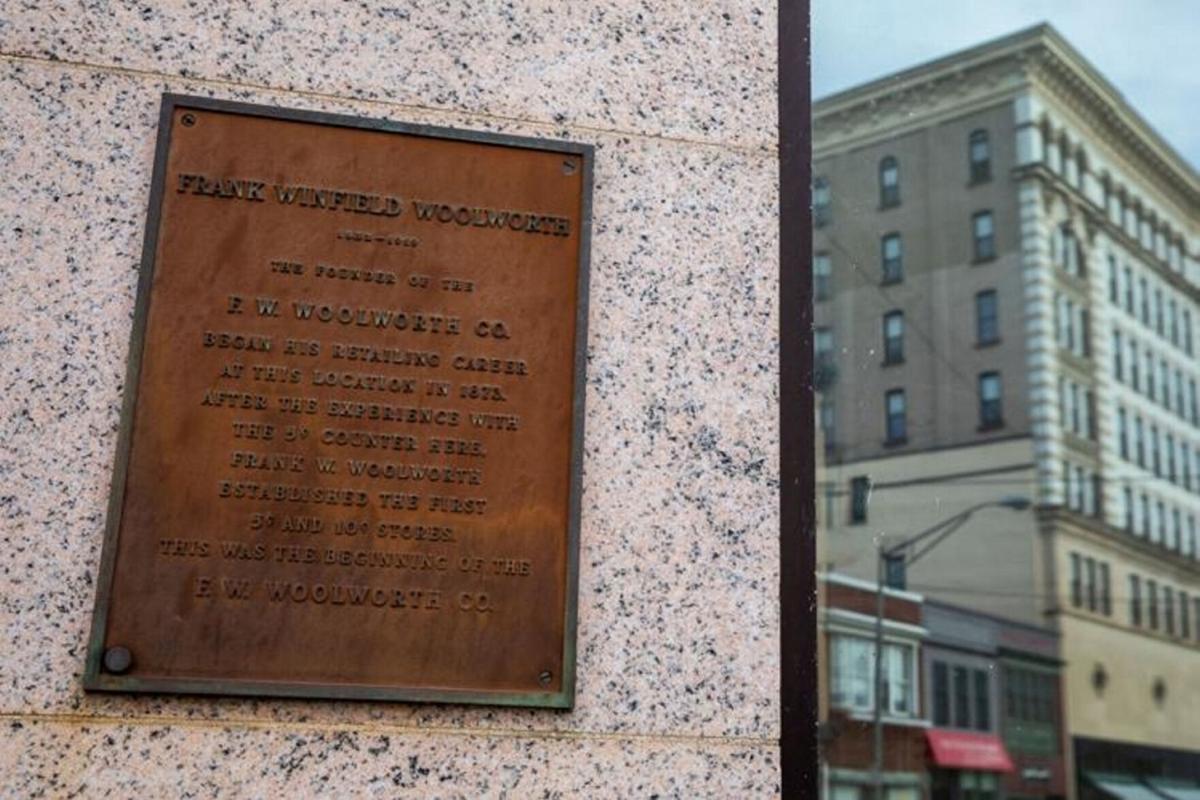 A plaque hangs on the outside of the Woolworth Building at Arsenal, Court and Washington streets, on the west end of Watertown’s Public Square. Kara Dry/Watertown Daily Times

The historic Woolworth Building in Watertown will serve as the site of BCA Architects & Engineers. Kara Dry/Watertown Daily Times

A plaque hangs on the outside of the Woolworth Building at Arsenal, Court and Washington streets, on the west end of Watertown’s Public Square. Kara Dry/Watertown Daily Times

There’s a century of history between the Woolworth’s franchise and the city of Watertown.

Frank Winfield Woolworth, a Rodman native, opened his first Woolworth’s store in Utica in 1879. He developed his five-and-dime business idea six years earlier while working at the Dry Goods Store in Watertown owned by Morgan Augsbury and William Moore.

He opened the original Woolworth’s in Watertown in 1921. It eventually moved to what’s now called the Woolworth Building at Arsenal and Washington streets, which has become structural icon. The building underwent a major renovation in 2015 by co-developers David Gallo, Mark Purcell and Erich Seber with the hope of attracting tenants to the apartments in the upper floors and a viable business on the ground level.

But while residents came, the first-floor office space remained empty. Six years is a long time to wait for the right occupant.

Thankfully, one has now been identified. BCA Architects & Engineers, 327 Mullin St. in Watertown, recently signed a 10-year lease to use the space.

“The engineering firm plans to move into the entire space and the storefront of the former EyeCrave Optics by April. … Between 55 and 60 staff members will be moving into the downtown office,” according to a story published Oct. 14 by the Watertown Daily Times. “Travis C. Overton, leader of the architects and building engineers for BCA’s Watertown office, said the firm is looking forward to joining downtown’s resurgence. … The firm is also delighted that it will be moving into a building with such a rich history and notable architecture, especially since BCA works in restoring historic structures, Mr. Overton said. At one time, BCA looked at filling some space in the former call center that the Watertown Family YMCA is converting into a community and aquatic center. But Mr. Overton said a series of storefront windows along Arsenal Street will give the firm a unique visibility in the central business district. … Over the years, prospective tenants came and went without deciding to move into the space, Mr. Seber said. Jefferson Community College considered the space for its entrepreneurial center but then pulled the plug on the project.”

This is an excellent move by BCA, one that truly fills a need for a prominent business at this downtown site. Donald W. Rutherford, chief executive officer of the Watertown Local Development Corp., said the move will bring many new people downtown to patronize surrounding businesses.

Having BCA make use of this office space also confirms the developers’ instincts that this project was worth taking on. It preserved a historic structure at just the right time.

“When Mr. Seber and partner David J. Gallo took it over, the Woolworth Building was a decaying mess, Mr. Seber recalled,” the article reported. “Using tax credits and $2.5 million in state funding, they invested $17 million and turned the upper floors into 35 apartments. At the time, city officials called their efforts the last chance to renovate the building before it became too deteriorated to preserve.”

BCA employees will be able to take advantage of city-operated parking areas nearby, including the J.B. Wise lot across the street. This alleviated a concern over adequate spaces for worker vehicles.

We commend the Woolworth Building developers as well as representatives of BCA Architects & Engineers for devising a solid plan.

This will be new chapter in the life of the historic Woolworth Building, one that will expand commercial activity in a downtown already experiencing renewed growth.