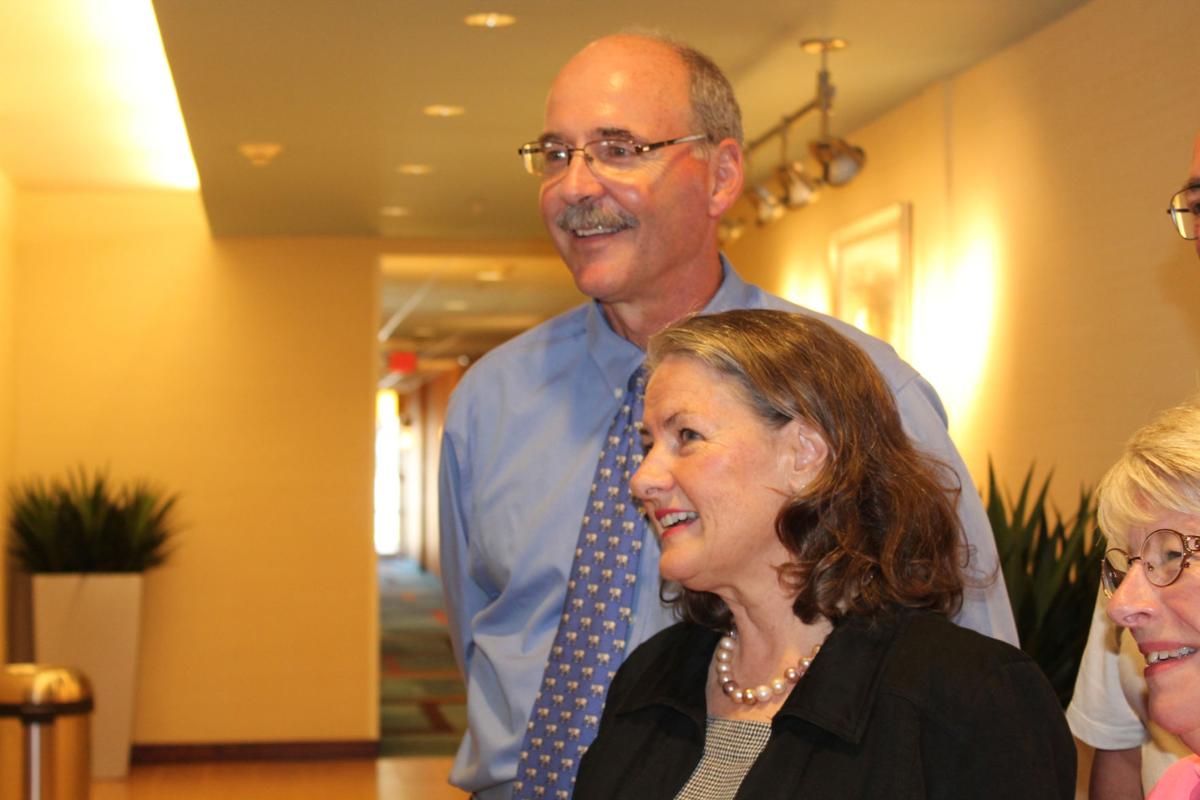 Jefferson County Board of Legislators Chairwoman Carolyn D. Fitzpatrick, recipient of the 25th annual Athena Award, stands with her husband, James E. Fitzpatrick, after her award was announced at the Fairfield Inn & Suites in Watertown in July 2015. Watertown Daily Times 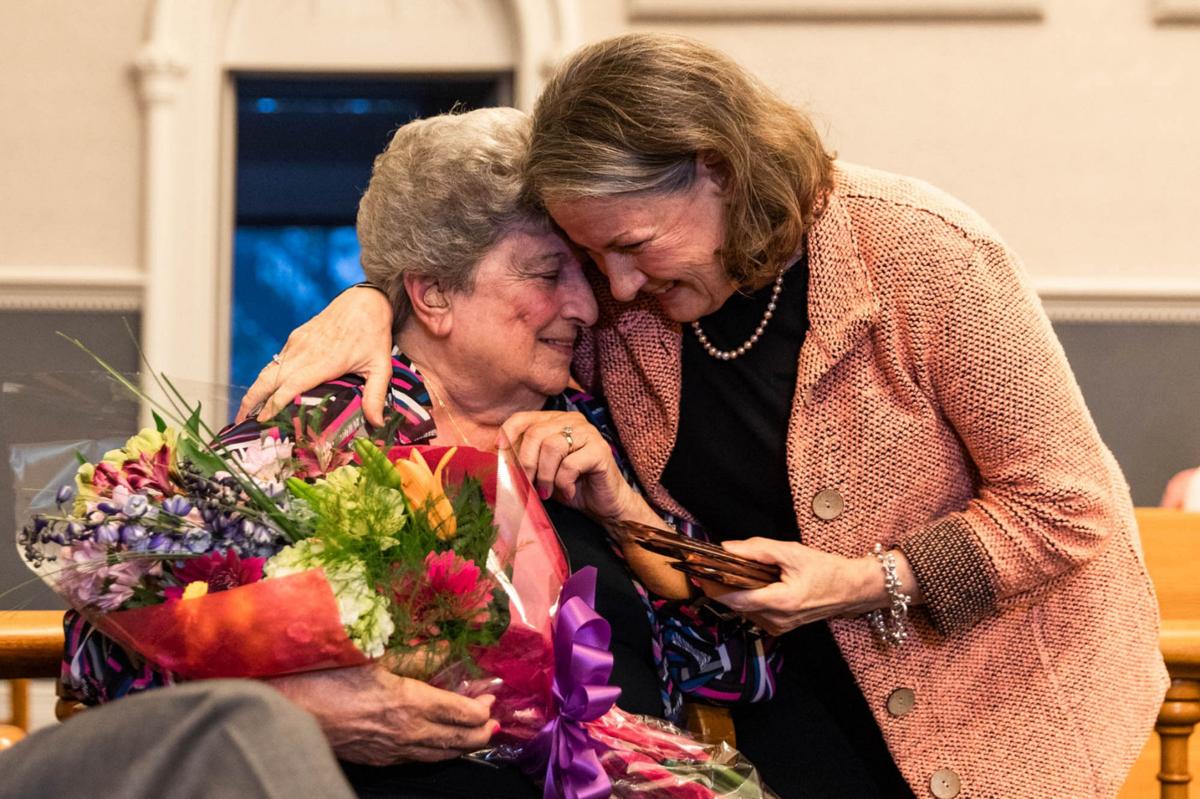 Jefferson County Board of Legislators Chairwoman Carolyn D. Fitzpatrick, recipient of the 25th annual Athena Award, stands with her husband, James E. Fitzpatrick, after her award was announced at the Fairfield Inn & Suites in Watertown in July 2015. Watertown Daily Times

The only person to question whether longtime Watertown resident Carolyn D. Fitzpatrick would be able to live up to the accomplishments of other women in Northern New York was Mrs. Fitzpatrick.

When announced as the winner of the 25th annual Athena Award in 2015, she said she envisioned herself cheering on the recipients from the sidelines. She politely declined previous offers to take this spotlight, but her past finally caught up to her that year.

Oh, and one more thing: She was the first woman chosen to chair the Jefferson County Board of Legislators. She began serving as a board member in 2001 and served as chairwoman from 2011 to 2015.

We need to chalk up her moment of self-doubt to a healthy sense of modesty. People who have confidence in the skills they bring to important tasks don’t need to draw attention to themselves. Their talents and passion will attract others to the causes they promote, and their loss is immediately felt because of this.

Mrs. Fitzpatrick died sometime over the past week at the age of 70. Her colleagues on the county board had not heard from her for a few days, and some of them went to her house to check on her. She appeared to have died peacefully in her sleep.

Community service was in Mrs. Fitzpatrick’s DNA. She served on the staffs of state Sen. John M. McHugh and state Assemblyman H. Robert Nortz, representing both elected officials at numerous meetings and events. As a county legislator, she was part of a delegation formed in November 2006 to visit soldiers of Fort Drum’s 10th Mountain Division deployed to Afghanistan.

She received the Giving Award in 1996 from the United Way of Jefferson County and was honored in 1999 after her retirement from the board of the Jefferson County Women’s Center. She and her husband, Jim, served as co-chairs along with Anne Richter and Brian Ashley of the 23rd annual Mayor’s Ball in 2006; this event raised a record $68,000, which benefited the Jefferson Community College Foundation and Jefferson County Historical Society. She was presented with the Public Servant Award during the Community Awards Breakfast in April 2000.

Now, we don’t want to overlook another noteworthy honor for Mrs. Fitzpatrick. In 1988, she was a member of the championship women’s team in the Watertown Bocce Ball League!

Carolyn Fitzpatrick loved serving those around her, and the sincere words of appreciation and condolence testify to how many people she influenced. It is difficult to imagine life carrying on as usual in Watertown without her.

She will inspire future generations of leaders — particularly women — to never let others define what they can achieve. Mrs. Fitzpatrick will be dearly missed by the community she loved and tirelessly worked to enhance.