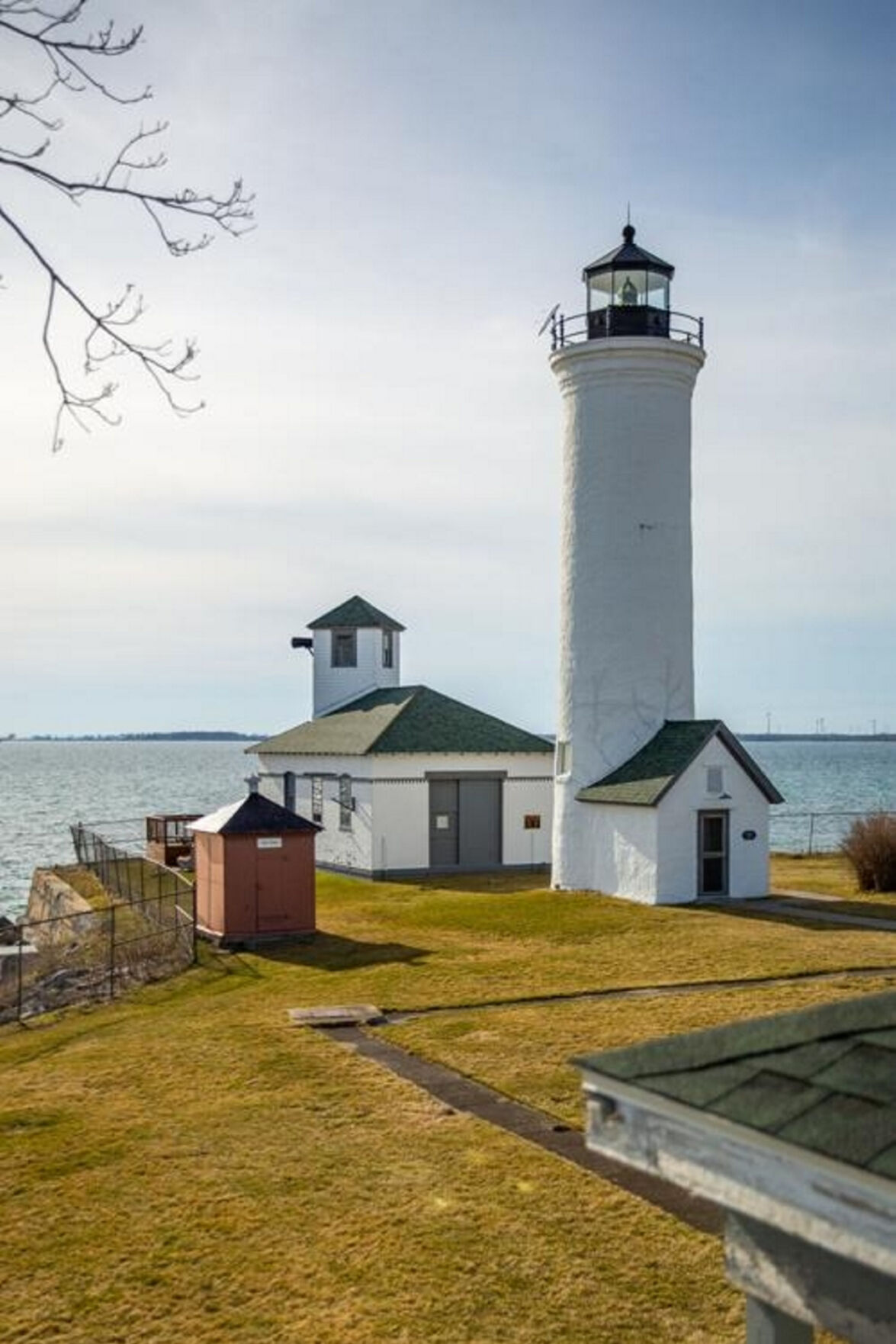 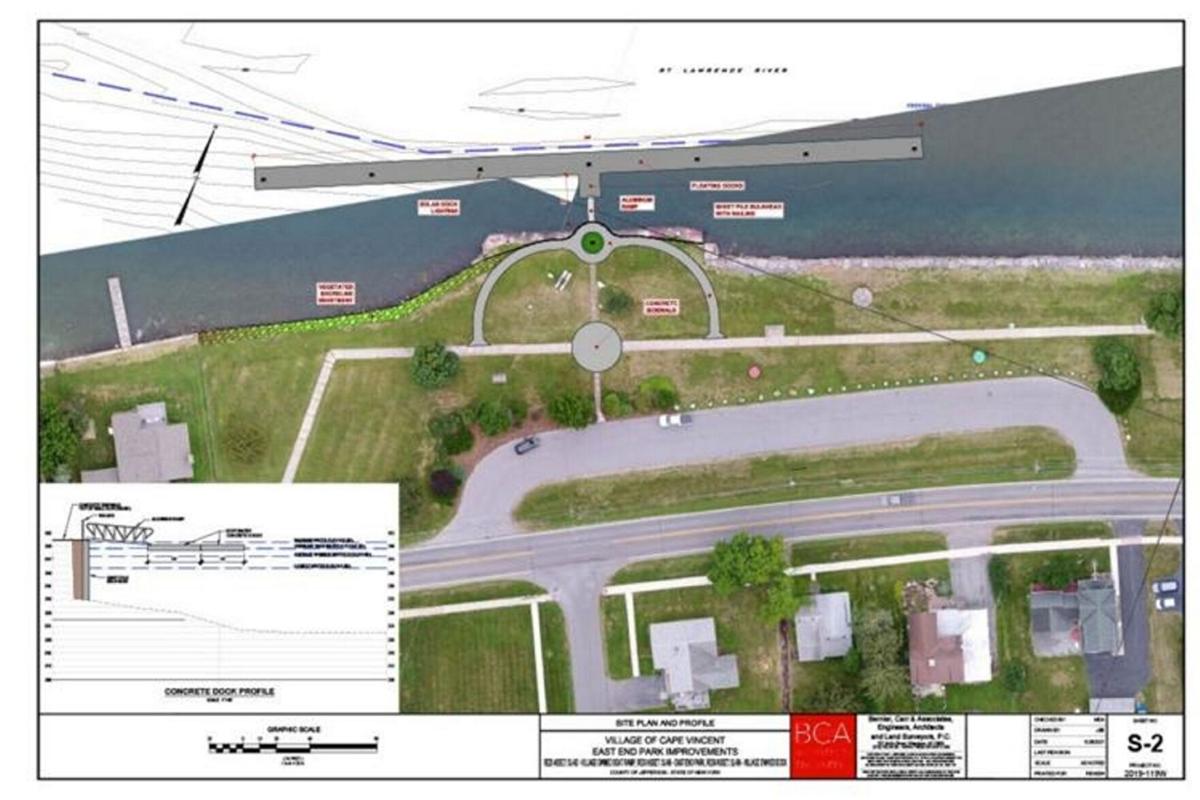 The drafted plan for development on the west side of East End Park in Cape Vincent calls for the inclusion of a 400-foot-long floating dock for large ships, alterations to the breakwall and additional pavement. Provided by BCA Architects & Engineers

The drafted plan for development on the west side of East End Park in Cape Vincent calls for the inclusion of a 400-foot-long floating dock for large ships, alterations to the breakwall and additional pavement. Provided by BCA Architects & Engineers

Work has begun on projects in Cape Vincent to mitigate the serious flooding residents endured in 2017 and 2019.

After shoreline communities along Lake Ontario and the St. Lawrence River were severely affected by the excessively high water levels those years, the state created the Lake Ontario Resiliency and Economic Development Initiative. The program’s goal was “to increase the resilience of shoreline communities and bolster economic development in the region,” information on the REDI website reported. Cape Vincent received $5.07 million in grants from the REDI Commission.

“Five REDI regions, comprised of eight counties (Niagara and Orleans; Monroe; Wayne; Cayuga and Oswego; and Jefferson and St. Lawrence), were established to identify local priorities, at-risk infrastructure and other assets, and public safety concerns,” the website said. “The REDI Commission allocated $20 million for homeowner assistance, $30 million to improve the resiliency of businesses and $15 million toward a regional dredging effort that will benefit each of the eight counties in the REDI regions. The remaining $235 million has been allocated towards local and regional projects that advance and exemplify the REDI mission.”

“The roadway on County Road 6 along the Lake Ontario shoreline in the town of Cape Vincent provides access to local residences along with access to Tibbetts Point Lighthouse and is suffering from shoreline erosion and debris deposition that is associated with flooding, wind and wave action,” according to a story published Monday by the Watertown Daily Times. “This road is vulnerable due to its location on the St. Lawrence River and the eastern end of Lake Ontario. Flooding and other storm events hinder the use of the road and the safety of the residents traveling this route. This forces Jefferson County and town of Cape Vincent Highway Department crews to monitor and periodically close, clear and repair the roadway.”

Another project underway is a seawall that is being constructed. This is part of a $3.8 million renovation plan for East End Park.

“Both the east and west sides of the park along the St. Lawrence River will be redesigned, with new floating docks, parking lots, seawall reconstruction and a deep-water dock for cruise ships. For the western side of the park, engineers presented a single plan, calling for a large floating dock, about 400 feet long that extends about 50 feet into the water, with space for cruise ships, tour boats and other large vessels,” an article published Feb. 2 by the Watertown Daily Times reported. “The existing seawall at the west side of the park would be taken back a few feet, and vegetation would be added along the shoreline to reduce erosion and protect the shoreline. On the eastern side of the park, engineers presented one master plan for the marine development, with three options for parking. Crews will renovate the existing bulkhead that juts out between the parks two boat launches, adding parking space and green areas. Off the eastern end of the bulkhead, designers plan to install a wave attenuator, roughly 215 feet long, to protect docked boats from the worst of the waves.”

It’s good to see this projects move forward. Cape Vincent is one of the communities in Northern New York that rely on our waterways to grow their economies. The flooding in 2017 and 2019 hurt them significantly, so we’re pleased to see efforts being made to prevent future problems.