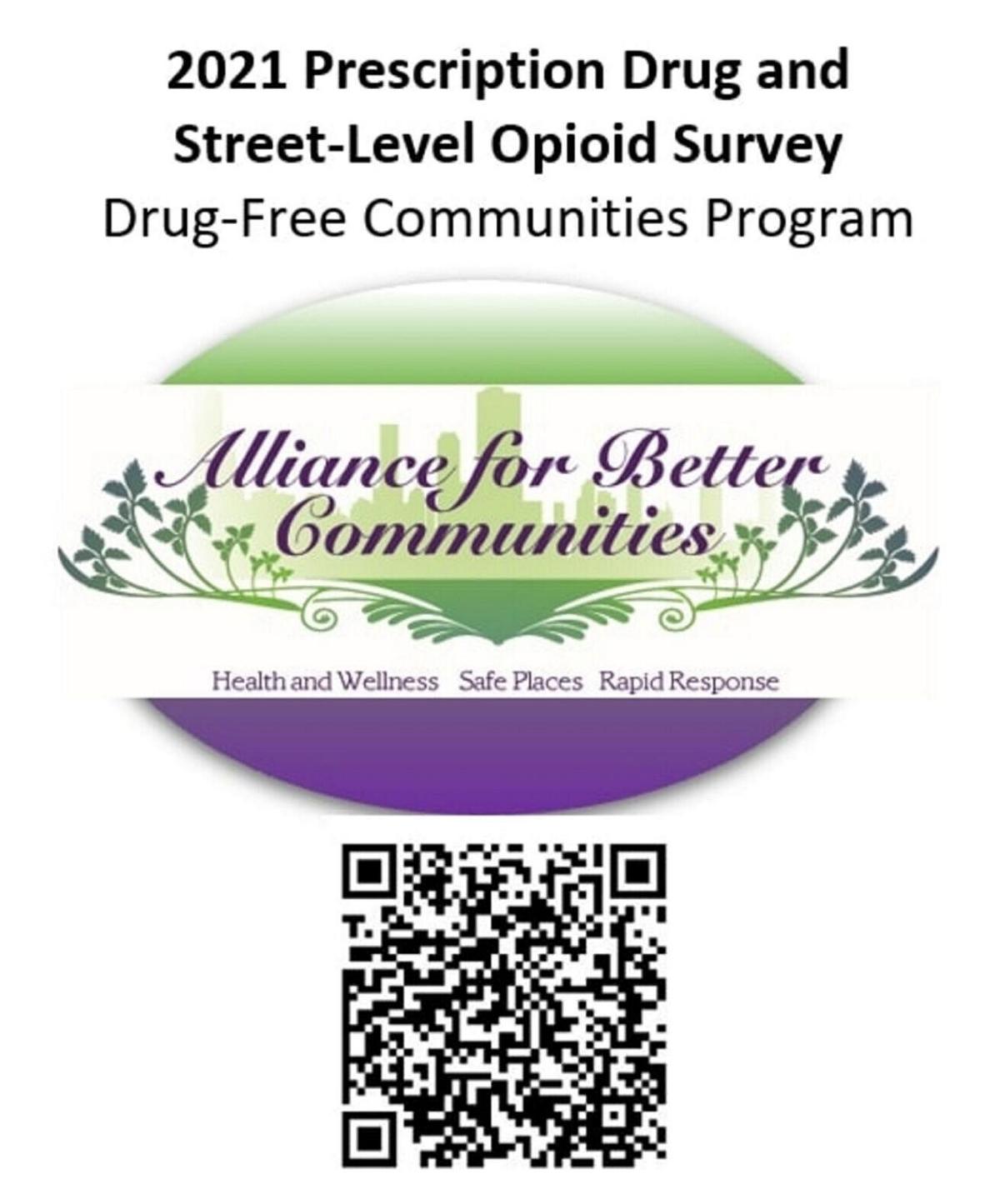 The Alliance for Better Communities has launched a survey seeking information about drug usage in the area. 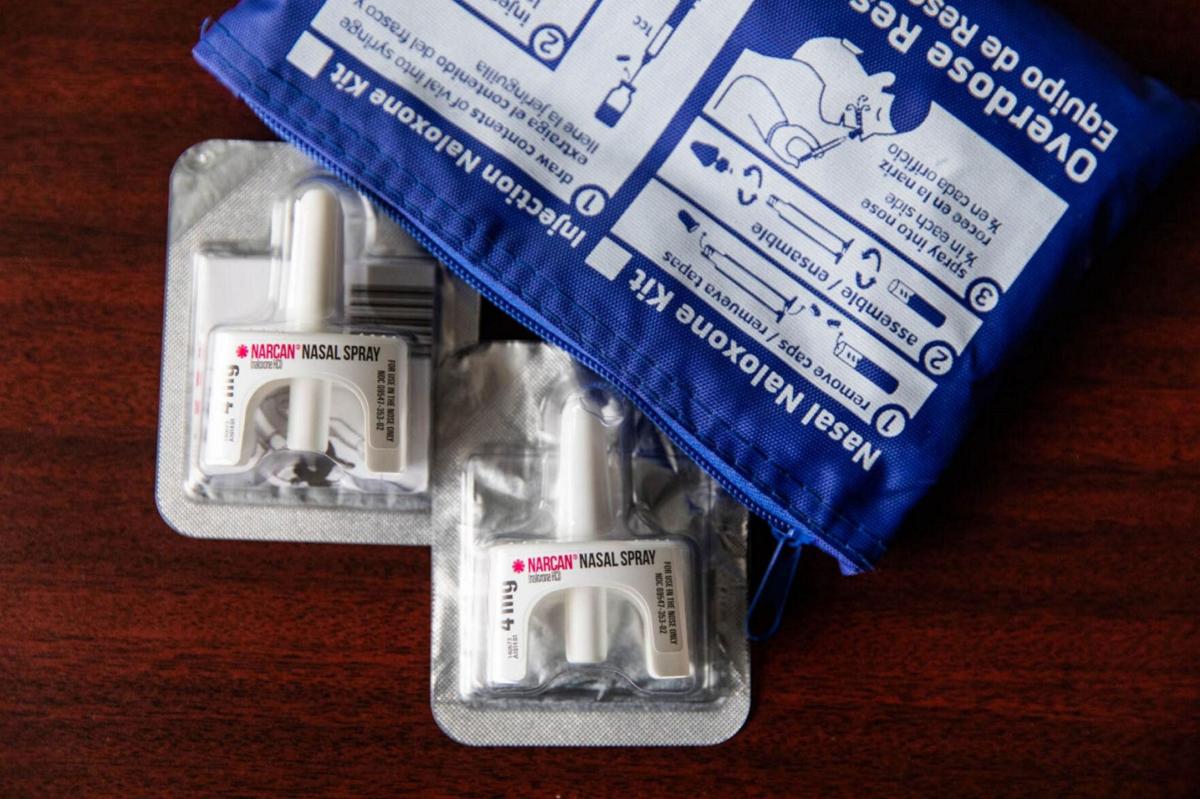 Two doses of Narcan spray sit on a table inside the Anchor Recovery Center in Watertown. Narcan is administered to prevent people from overdosing. Sydney Schaefer/Watertown Daily Times

The Alliance for Better Communities has launched a survey seeking information about drug usage in the area.

Two doses of Narcan spray sit on a table inside the Anchor Recovery Center in Watertown. Narcan is administered to prevent people from overdosing. Sydney Schaefer/Watertown Daily Times

Do you know anyone who has struggled or struggles with opioid addiction?

Last year, Jefferson County had more drug overdose fatalities than it has ever recorded.

There were 34 people who died from overdoses in 2020. This eclipses even the 23 overdose fatalities that occurred in 2016.

This is an alarming statistic. There’s little doubt that the novel coronavirus pandemic contributed to the climate of drug usage in Jefferson County and across the country. Many areas saw a spike in overdose deaths last year.

“The Centers for Disease Control and Prevention published a health alert on [Dec. 17] highlighting the substantial increases in drug overdose deaths across the United States. The number of fatal overdose deaths amounted to approximately 81,230 deaths and represents the largest number for a 12-month period ever recorded,” according to information released in December from the United Nations Office on Drug and Crime. “Overdose deaths increased by 18.2% from the 12 months ending in June 2019 to the 12 months ending in May 2020. The peak in overdose deaths between March 2020 to May 2020 coincided with the implementation of widespread mitigation measures for the [coronavirus] pandemic. Synthetic opioids were the primary driver of the increases in overdose deaths with a 38.4% increase compared to the previous 12 months, followed by psychostimulants such as methamphetamine. According to state and local health department reports, the rise in synthetic opioid-involved overdoses is primarily linked to illicitly manufactured fentanyl. This picture is consistent with the large increases in illicitly manufactured fentanyl seized in Western states of the USA, increases in clinical toxicology drug tests with positive results for fentanyl after the [coronavirus] pandemic and strong increases in fentanyl seizures made by the Mexican government. Fentanyl seizures in Mexico increased by 465% from 184 kg (January to mid-September 2019) to 1,040 kg (January to mid-September 2020).”

Fentanyl was the primary source of overdose deaths in Jefferson County last year. According to information from the county’s Public Health Department, 26 overdose deaths in 2020 resulted from fentanyl usage. Of the 34 overdose fatalities last year, 16 occurred in Watertown while 18 took place outside the city.

So there are obviously an underlying issues that leads to drug abuse. To help members grasp the scope of this problem, the Alliance for Better Communities has launched a survey seeking input on drug usage.

“We do know, in directly speaking with individuals, that COVID had a tremendously destructive impact on people suffering from substance use disorders,” Anita K. Seefried-Brown, the group’s Drug Free Community Program director, said in a story published Wednesday by the Watertown Daily Times. “What we heard repeated over and over was that people felt lonely, they felt hopeless, they felt like nobody cared. … The goal, really, is to get as many submissions as possible for the purpose of situating ourselves for appropriate programming and intervention. And also, all data sets are going to be shared with any and all agencies that either request it or agencies with whom we already work in tandem.”

The Alliance would like to have at least 1,000 submissions to the 2021 Prescription Drug and Street-Level Opioid Survey within the next two months. The survey is anonymous, and participants should be at least 18.

The information obtained from this survey will help the Alliance and other affiliated groups understand specifics about drug usage. This will allow them to develop more effective programs for keeping people alive and drug free.

People who have something valuable to offer should complete the survey. It can be accessed at https://www.surveymonkey.com/r/TNPKZ8M.

Understandable, trying times, lets hope there is a light at the end of the tunnel. Will we ever defeat this virus completely?