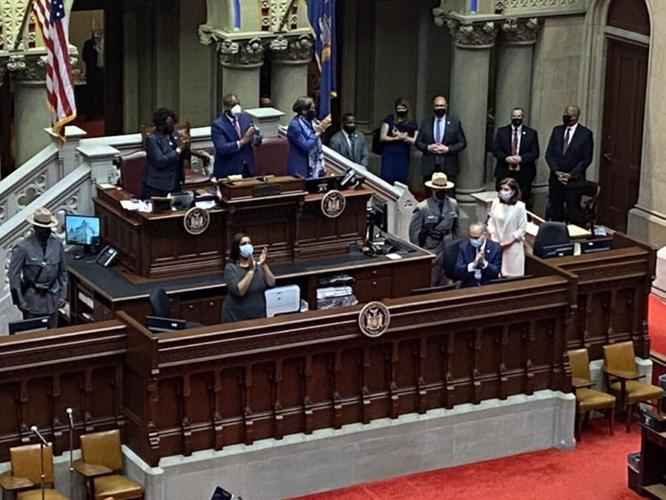 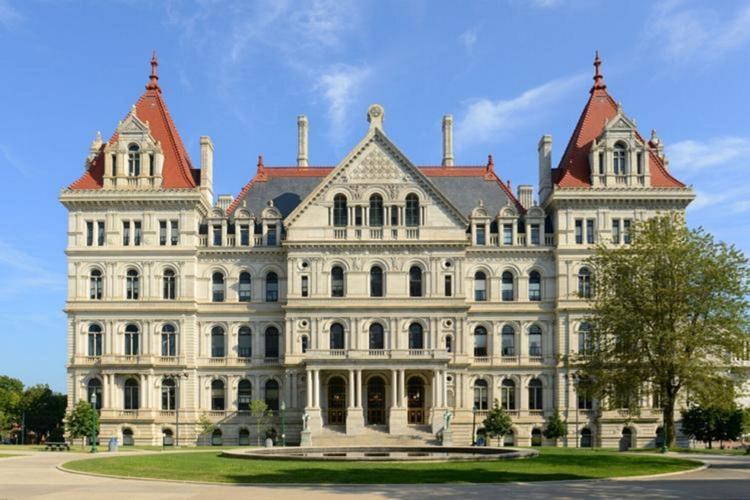 A view of the state Capitol in Albany. Dreamstime/Tribune News Service

A view of the state Capitol in Albany. Dreamstime/Tribune News Service

Expecting government officials to behavior in an ethical manner is to wallow in wishful thinking in New York.

And compelling them to adhere to ethical standards has proven challenging. For those who hold elective office or operate state agencies, following their own rules seems part of their nature.

So it’s no wonder that devising a system of enforcing ethical guidelines has been doomed to fail. Those whose professional demeanor requires scrutiny get to appoint the people tasked with determining when violations have occurred — gee, what could possibly go wrong?

Recall when former Gov. Andrew M. Cuomo created the Moreland Commission to Investigate Public Corruption? He disbanded it when members began looking at potential corruption among those close to him.

In existence for more than a decade, the Joint Commission on Public Ethics was the latest iteration of this mechanism. On its website, JCOPE said it was “created to restore public trust in government by ensuring compliance with the state’s ethics and lobbying laws and regulations.”

To no one’s surprise, the organization hasn’t always been effective in accomplishing this task. Last year, for example, it voted to examine why it allowed Cuomo to keep the proceeds from a lucrative book deal about his supposed leadership during the novel coronavirus pandemic.

How much faith can we place in an entity compelled to make itself the target of its own ethics investigation? Here we have an ethics panel probing why it lacked the ethics to thwart unethical behavior of an official.

Gov. Kathleen C. Hochul and state legislators decided to start over when it comes to developing a meaningful ethics watchdog. When they passed the state budget earlier this month, they tackled the problem head on.

… or so they wanted people to believe.

A previous version of this revamp offered by Hochul called for 15 deans from top law schools in the state to make up the new ethics commission; they would serve on the five-member board on a rotating basis. The idea behind this was to ensure that the organization was sufficiently independent of the grasp of public officials.

But, alas, lawmakers scrapped this plan. Under the compromise, public officials will still select nominees to an 11-member board. The law school deans will be able to approve or reject the nominees.

This is a tad better than the old system, but not by much. As a coalition of government watchdog groups stated in a letter to authorities in Albany, elected officials will continue to appoint their personal choices for commission members until they receive approval from the law school deans.

This coalition of government watchdog groups is made up of representatives of Citizens Union, Committee to Reform the State Constitution, Common Cause New York, League of Women Voters of New York State, New York Public Interest Research Group and Reinvent Albany. Its letter said the procedure to reform the ethics process in New York won’t work.

For example, Hochul previously called for a ban on direct communication between public officials and their appointed commissioners; the government watchdog groups support this idea.

But it also was abandoned, which could lead to the usual lobbying efforts to get members to vote on an issue the way they want.

The coalition called for better measures to focus on independence, transparency, nonpartisanship, discriminatory harassment, reporting misconduct and removing preferential treatment of the Legislature. Public officials need to take these recommendations more seriously and do a better job at devising a system to restore people’s confidence in ensuring ethics in state government.