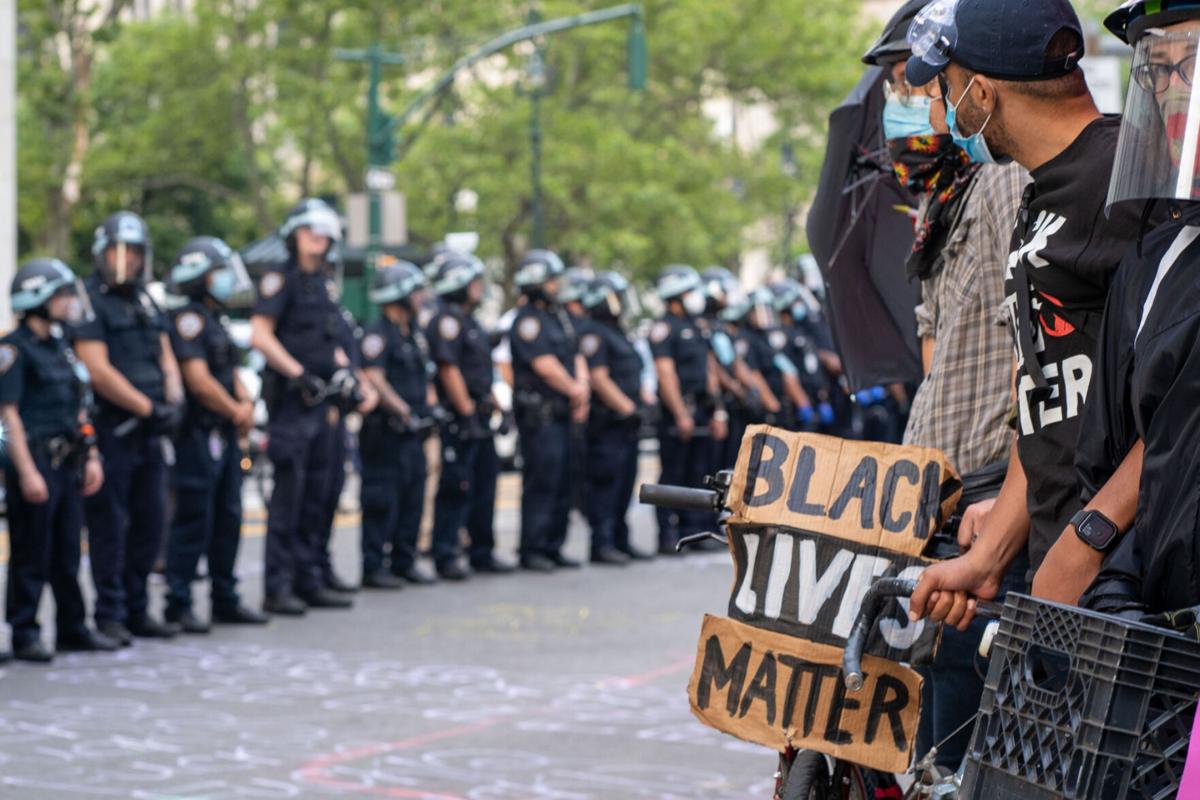 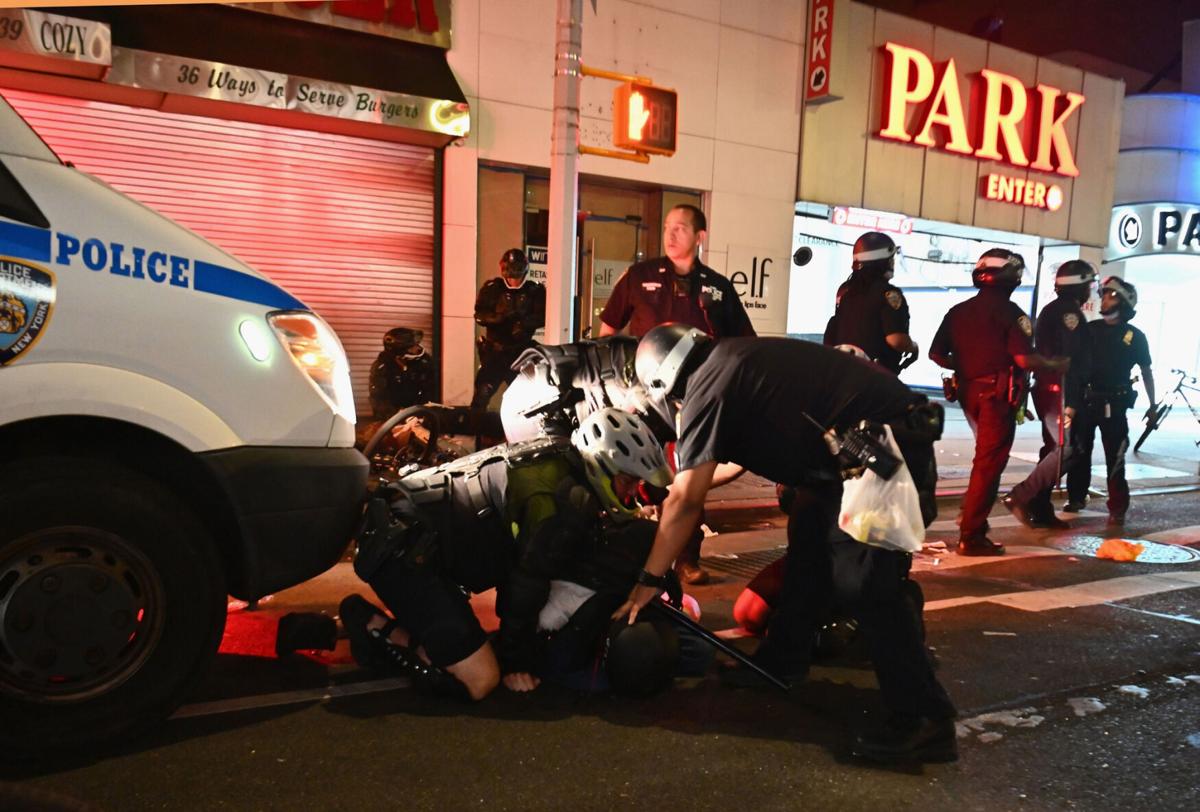 Nationwide protests this year over reported cases of police brutality have justifiably led to calls for a review of how to make law enforcement procedures more effective.

Officers have taken on many more responsibilities due to significant cuts in social services by municipal governments over the past several decades. In some communities, they answer virtually every emergency call — whether it requires a police response or not.

It’s fair to consider that sending in law enforcement agents is not appropriate in all cases. Other professionals such as counselors or social workers may be better suited to handle some situations.

Several months ago, Gov. Andrew M. Cuomo announced measures designed to reform policies and procedures affecting how law enforcement agencies operate. He signed bills to provide more transparency of officers’ disciplinary records, prohibit chokeholds, outlawing race-based 911 reports deemed to be false and designate the state attorney general as an independent prosecutor for matters relating to the deaths of unarmed civilians caused by law enforcement agents, according to a news release issued June 12 by the governor’s office.

He also signed an executive order establishing the New York State Police Reform and Reinvention Collaborative. This requires “local police agencies … to develop a plan that reinvents and modernizes police strategies and programs in their community based on community input. Each police agency’s reform plan must address policies, procedures, practices and deployment including but not limited to use of force,” according to the news release.

The executive order calls on all police departments to engage stakeholders in a public and open process on policing strategies and tools; present a plan, by chief executive and head of the local police force, to the public for comment; after consideration of any comments, present such plan to the local legislative body (council or legislature as appropriate), which has approved such plan (by either local law or resolution); and have the plan certified by April 1 to ensure the police force remains eligible to receive future state funding.

New York City will begin a pilot program early next year in a few areas to test some of its police reform proposals. This could serve as a model for other communities throughout the state as they consider what changes in law enforcement need to be made.

“Mental health emergencies accounted for 171,490 911 calls in the city in 2019,” according to a story published Nov. 10 by the Wall Street Journal. “Under existing protocols, 911 calls reporting individuals experiencing emotional distress are fielded by New York Police Department officers and emergency medical services responders under the Fire Department of New York. Under the pilot program, which will be launched at no additional cost to the city, the majority of such calls will be answered by social workers and mental health crisis workers employed by the city, city officials said. The NYPD will be included in such responses only in cases where a clear threat of violence has presented itself, the officials said. Those cases account for a small minority of such 911 calls, according to the officials.”

It remains to be seen whether this idea will meet the city’s goals. But officials are wise to initiate it on a limited basis. We’ll be watching to see what solutions this program may offer for some policing issues.

Not only will it not work, it’s ludicrous. There are no calls more subject to turning from peaceful to violent in a proverbial heartbeat than those with mentally ill people, those with drug or alcohol addictions, or those with domestic violence issues. What could go wrong?

Holmes, you either ignored or didn't read that only a "small minority" of mental illness calls present threats of violence. If and when they do, NYPD will assist in responding. Either your fears, biases or lack of knowledge on the subject led you to believe that mental illness calls are violence-accidents waiting to happen. Calm down. You're incorrect. The vast majority are not. So, why tie up NYPD when their involvement is unnecessary?

I bet one of things that impaired your thinking is that you don't perceive social workers and mental health crisis workers as experts and professionals. In your fearful, anti-intellectual, law and order mind, the folks in blue are the only folks you trust. The irony is that the folks in blue trust social workers and mental health crisis workers, and they wish you would, too.

I'm fascinated (and to be honest, angered) by the tendency of lefties like zeitgeist to go ugly early. You went real personal, real quick, zg. "Fears, anti-intellectual, biases" and comments like it denigrate your ideological opponent. Ironic that you would use this manner of communicating when talking about mental health professionals deescalating crisis situations. Sounds like you want to escalate this situation. Its also ironic when a liberal, diversity guy can't handle a little diverse thought.

Pitbull, the editorial said a "small minority" of mental illness calls present threats of violence. The NYC folks didn't arrive on the estimate out of the blue. Data and experience informed them. Holmes ignored the estimate, irrationally holding the position that "There are no calls more subject to turning from peaceful to violent in a proverbial heartbeat than those with mentally ill people..." You want me to deem his thought "a little diverse thought"? It's not. It's incorrect thought. Furthermore, his comment displays willed ignorance since the truth was available to him in the editorial, but he chose to ignore it.

In defending him, you defend people spewing alternate streams of facts in conversations. How can anyone converse meaningfully with Holmes when his comments rely on alt-facts? They can't. How can he provide a substantive opinion on the NYC project when alt-facts inform him? He can't.

People cling to alt-facts for reasons. Are you opposed to Holmes exploring the reasons why he clings to, in this case, the erroneous idea that no calls are more prone to violence than mental health calls, even in spite of the editorial noting otherwise? The reasons lie in his fears, biases and lack of knowledge. I'm not bad or mean for suggesting he explore them in order to improve his thinking.

Some comrade you are when your willing to leave your ideological partner in a compromised state of thought-health.