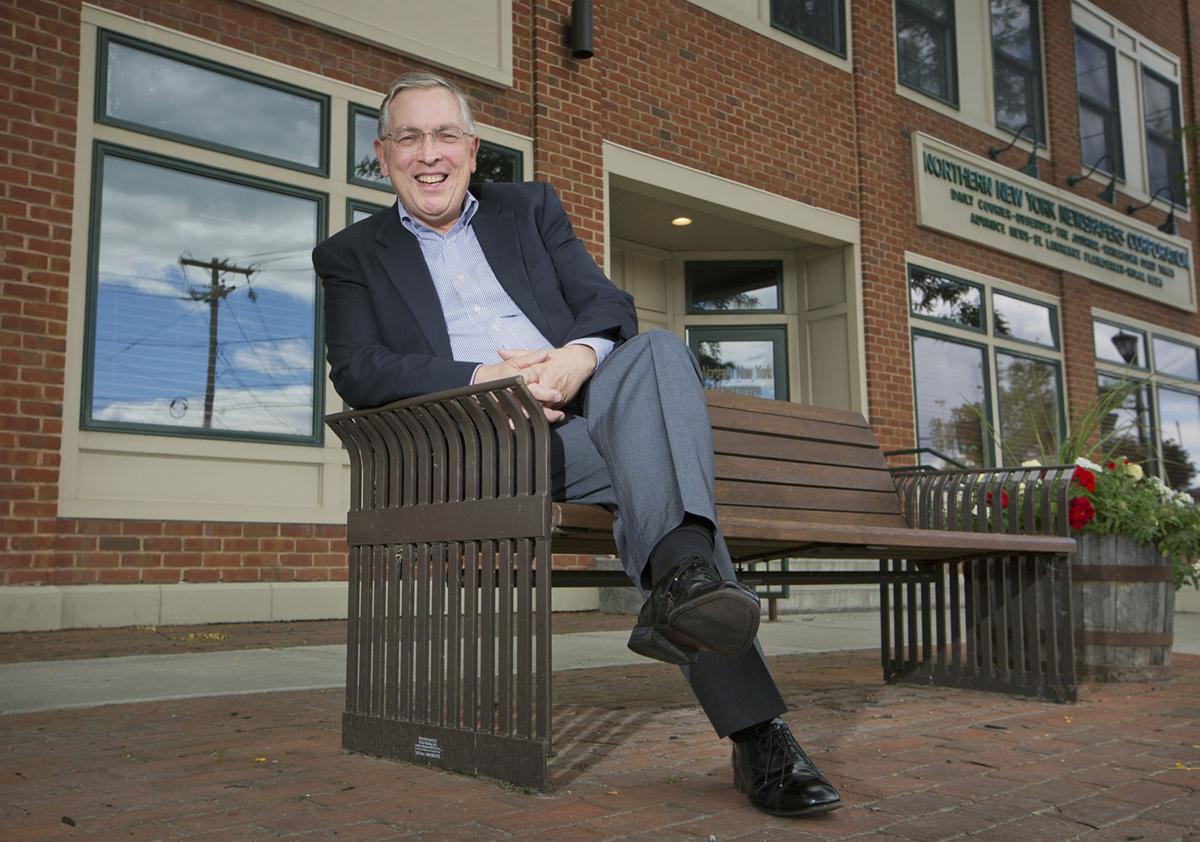 David T. Button became embroiled in controversy while serving as Canton town supervisor in 2017 when Town Board members raised questions about financial decisions he made about wages he allocated for himself and his wife. Watertown Daily Times

David T. Button became embroiled in controversy while serving as Canton town supervisor in 2017 when Town Board members raised questions about financial decisions he made about wages he allocated for himself and his wife. Watertown Daily Times

When asked by WWNY-TV/7 News to comment on problems highlighted by the state comptroller’s office about how he conducted business while in office, former Canton Town Supervisor David T. Button had an interesting response.

“In the north country, municipalities have a tendency to do things a bit loose,” he said, according to a story published Jan. 15 by the news organization.

That’s a euphemistic way of saying that he and other town officials didn’t always follow the rules. That’s very disturbing. What’s worse is that Mr. Button ignored the law when it came to financial decisions that affected him and his wife.

Mr. Button became embroiled in a controversy in 2017 when Town Board members questioned his decision to increase his own salary without authorization. His wife, Ann Denice Button, retired as the town bookkeeper in 2015 and began drawing on her state pension. However, she continued working in her husband’s office as his personal secretary.

Astonishingly, Mr. Button then diverted most of her wages to his paycheck. When called on the carpet for this, he justified the move by saying that he had taken over many of his wife’s duties.

The major problem is that Mr. Button was receiving a salary that wasn’t approved by the Town Board or advertised publicly as required by law. He said that at some point board members reached a consensus on the move, although he acknowledges that they never officially approved it. But there’s no documentation that any such discussion ever took place.

The board scheduled a public hearing in August 2017 to solicit feedback from the public on the idea of raising Mr. Button’s salary from $14,977 to $40,000 through the end of the year. But when residents showed up for the meeting, they were told that everything had been worked out — in secret!

Board members announced that Mr. Button agreed to pay $73,794.16 back to the town for the money he had received illegally. But the same time, residents were informed that the town would compensate Mrs. Button $58,857.62 for work she had performed over the past few years.

This was outrageous. Mr. Button had set the wages his wife earned after she officially retired, and she agreed to continue working for the amount offered.

Town Board members asked the state comptroller’s office to review the situation and report on what it found. The audit showed a pattern of dubious decisions.

By law, he cannot be paid more than what has been advertised. The board must approve the wages paid to those in his office. And he had no legal authority to name himself as the town bookkeeper; any additional work he performs must be done in his capacity as supervisor.

Mr. Button tried to raise his salary before he retired. The state pension system averages the three-highest annual salaries of all the years of service rendered by government employees. If he kept this higher salary for at least three years, he would have received a cushier pension when he left office.

But voters decided they had seen enough of his antics. In the 2017 general election, they gave him a pink slip. Mary Ann Ashley took over this position.

The state audit confirms the deceptive moves that Mr. Button tried to slip past residents. We can’t afford to have public officials “do things a bit loose” when it comes to overseeing government operations. Vigilance on everyone’s part is essential to ensure laws are upheld and taxpayer money is allocated wisely.

"taxpayer money is allocated wisely" in NYS? I haven't laughed so hard at a line of text in a long time. What a joke, this state has more fraud, waste, and abuse than any other state. Oh, by the way did you see the people in blue state NJ at the Trump rally, wow! 175,000 signed up to attend in a 10,000 seat stadium. Amazing...

It looks as if the entire topic of ethics upsets Button. Apparently he feels that any questioning of his shady dealings is equivalent to "open season on Republicans."

....and here's a quote from that piece: "In the letter, Button accuses Watertown Daily Times Editor Perry White of declaring “open season on Republicans” in order to garner press."

Have you visited your local library in the past six months?