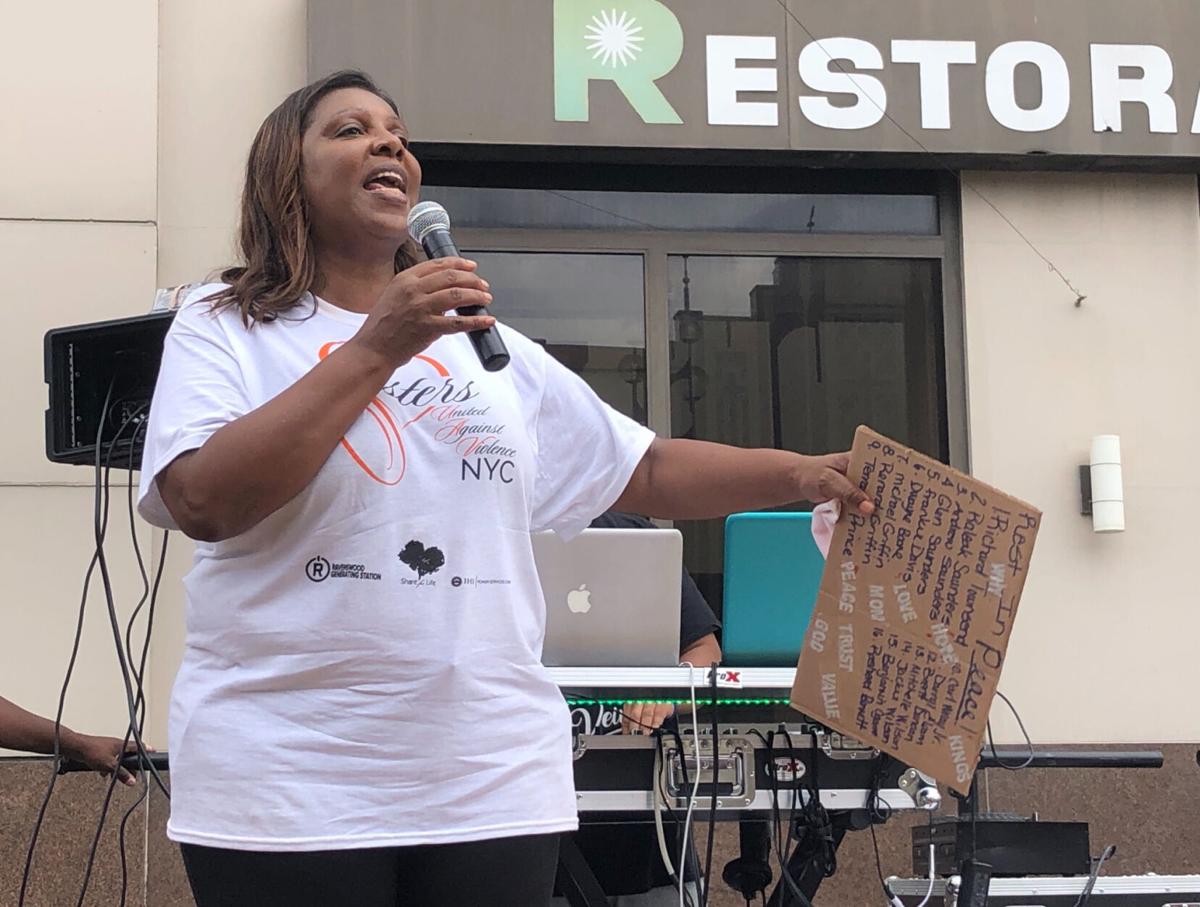 State Attorney General Letitia A. James addresses a crowd at the end of the march against violence Saturday in Brooklyn. Tribune News Service 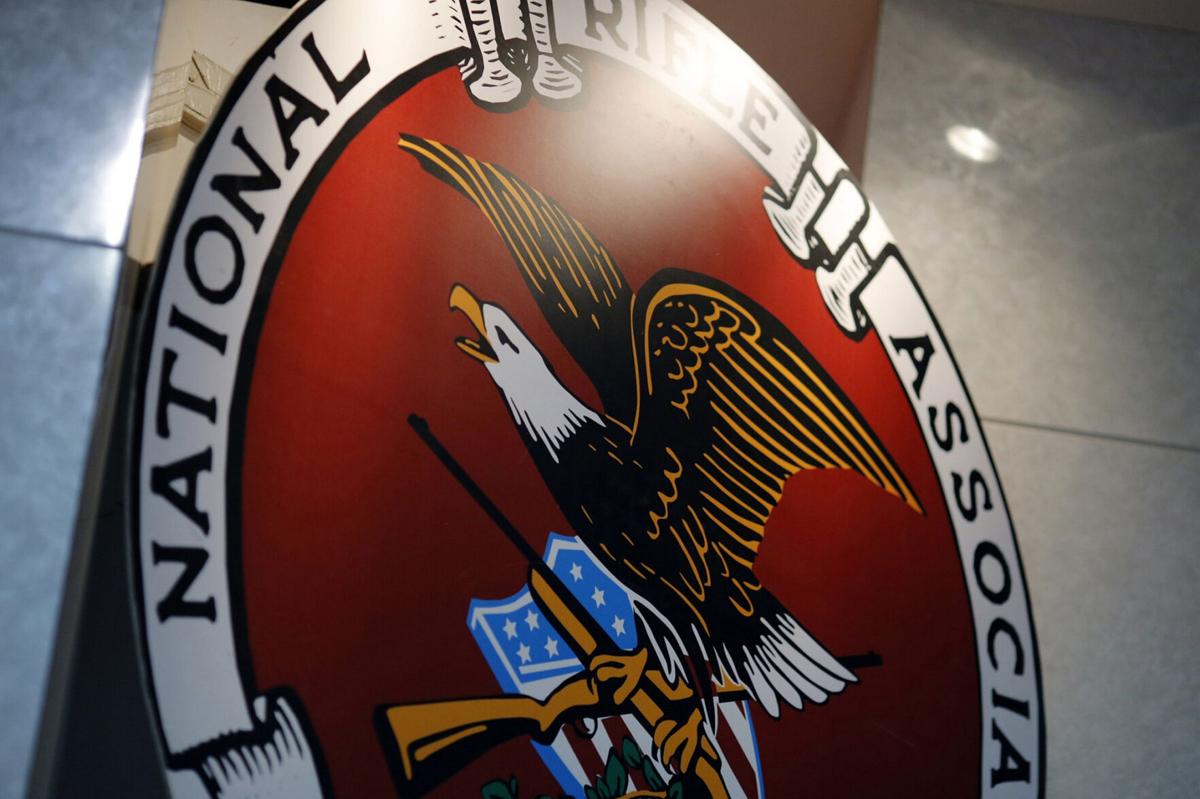 State Attorney General Letitia A. James addresses a crowd at the end of the march against violence Saturday in Brooklyn. Tribune News Service

A civil action initiated last week against the National Rifle Association seeks to do much more than address potential fraud, which should concern those wanting to preserve our constitutional rights under the First and Second amendments.

State Attorney General Letitia A. James filed a lawsuit Aug. 6 against four NRA officials as well as the organization. She said these leaders of the group have been defrauding members for at least several years.

“The 169-page lawsuit, filed in state court in Manhattan after an 18-month investigation, says NRA Executive Vice President Wayne R. LaPierre, 70, used NRA funds for personal expenditures, including hair and makeup for his wife, eight trips for his family to the Bahamas over three years and a $17 million post-employment contract for himself. The lawsuit also names Corporate Secretary and General Counsel John Frazer, retired Treasurer and Chief Financial Officer Wilson ‘Woody’ H. Phillips and Mr. LaPierre’s former Chief of Staff Joshua L. Powell,” according to a story published Aug. 6 by the Watertown Daily Times. “The suit alleges the four defendants failed to manage the NRA’s funds or follow numerous state and federal laws, contributing to the loss of more than $64 million to the organization over three years. … The embattled group, headquartered in Fairfax, Va., but chartered as a nonprofit in New York, reported $23,943,194 in business revenue in 2018, according to the NRA’S 2018 Form 990, filed to exempt an entity from income tax. In 2018, Mr. LaPierre made $2,150,634; Mr. Phillips took home $900,537; Mr. Powell’s gross salary was $844,137; and Mr. Frazer made $413,076, according to the tax document. The NRA leaders named in the suit exploited the organization with illegal, negligent oversight that created a culture of self-dealing mismanagement, Ms. James said, including failing to review potential conflicts of interest for employees and concealing whistleblower’s concerns.”

Ms. James has presented a compelling case of serious financial wrongdoing on the part of the NRA officials. If these accusations are true, those operating this organization have breached the trust that NRA members have placed in them to act in their best interests.

However, this lawsuit also seeks to dissolve the NRA. Carolyn D. Meadows, the group’s president, said the NRA is countersuing Ms. James’s office for defamation and suppression of its freedom of speech.

This will be a lengthy and costly battle for a specific reason: Any attempt to silence the strong voice that the NRA has offered on behalf of guns rights activists will be fiercely opposed. Members are more inclined to dismiss the allegations of mismanagement if they believe that Ms. James is bent on destroying the organization one way or the other.

And there is evidence of this. In an October 2018 interview with Ebony magazine, Ms. James referred to the NRA as a “terrorist organization.” This demonstrated her intent to use the coercive power of government to thwart a message of which she doesn’t approve.

This is unacceptable. The NRA has promoted many ideas that have justly drawn widespread condemnation.

But this doesn’t diminish its right to express its viewpoints in the court of public opinion. Ms. James is abusing her authority by trying to neutralize the collective advocacy efforts of gun owners.

On the one hand, Ms. James asserted that these NRA officials are defrauding group members by misusing the money they contribute.

But as an editorial published Aug. 6 by the Wall Street Journal pointed out, these members will be hurt much more if she succeeds in dissolving the organization. This is a reckless path she’s on, and the judiciary as well as civil libertarians should soundly reject it.

"This will be a lengthy and costly battle for a specific reason: Any attempt to silence the strong voice that the NRA has offered on behalf of guns rights activists will be fiercely opposed. Members are more inclined to dismiss the allegations of mismanagement if they believe that Ms. James is bent on destroying the organization one way or the other." You forgot to mention the bigggest reason for the counter suit. If the NRA loses, Wayne LaPierre will have to pay for his $5000 Italian suits himself. Oh, the HORRORS!!!

The author's main worry is that the AG is "trying to neutralize the collective advocacy efforts of gun owners." This is a false issue as the NRA already acts against the collected will of its members. Even conservative media have documented as such.

I agree with the times. James is showing us her stripes. This is a very selective attack on an organization that the left HATES. Coincidence? I think not.

We can and probably will debate the obvious aim of Ms. James to get rid of the NRA, but regardless of where that leads us, it appears that Lapierre and his senior staff were using the organization's treasury as their personal piggy-bank. This despite collecting huge salaries that by themselves could have afforded them the lavish lifestyles they coveted--and relished. And that treasury was continually refreshed by the dues payments and other contributions made in good faith by legions of sincere, responsible people who were duped into believing that only the NRA stood between continued possession of their weapons, and wholesale confiscation of them by some runaway federal regime.

Sadly many who are in positions of trust violate that trust. They must be held to account. To eliminate the organization is entirely a political power grab. Should we disband the government because the politicians are corrupt? Hopefully a stupid move like this will energize the members and others supportive of the Constitution and get the President re-elected.

Better than the other option.

What honorable, incorruptible person would you suggest?

Or, cause the NRA to restructure it's leadership..and refocus on it's initial charter..Until the 1970s, the NRA was nonpartisan.[39] Previously, the NRA mainly focused on sportsmen, hunters, and target shooters, and downplayed gun control issues. That changed... and I haven't been a member since..

Come to think of it, Charlie and Phonyholmes, I've found a lot of reasons to admire Trump lately. Gotta love a guy whose incompetence leads to more US covid deaths than any other nation, who encourages foreign meddling in our elections, who makes fun of handicapped people, who ties foreign aid approved by congress to recipients' supporting his election campaign, who pardons convicted criminals who are his buddies . . . . One of our greatest presidents ever, right? Repeat after me: "Four More Years!"