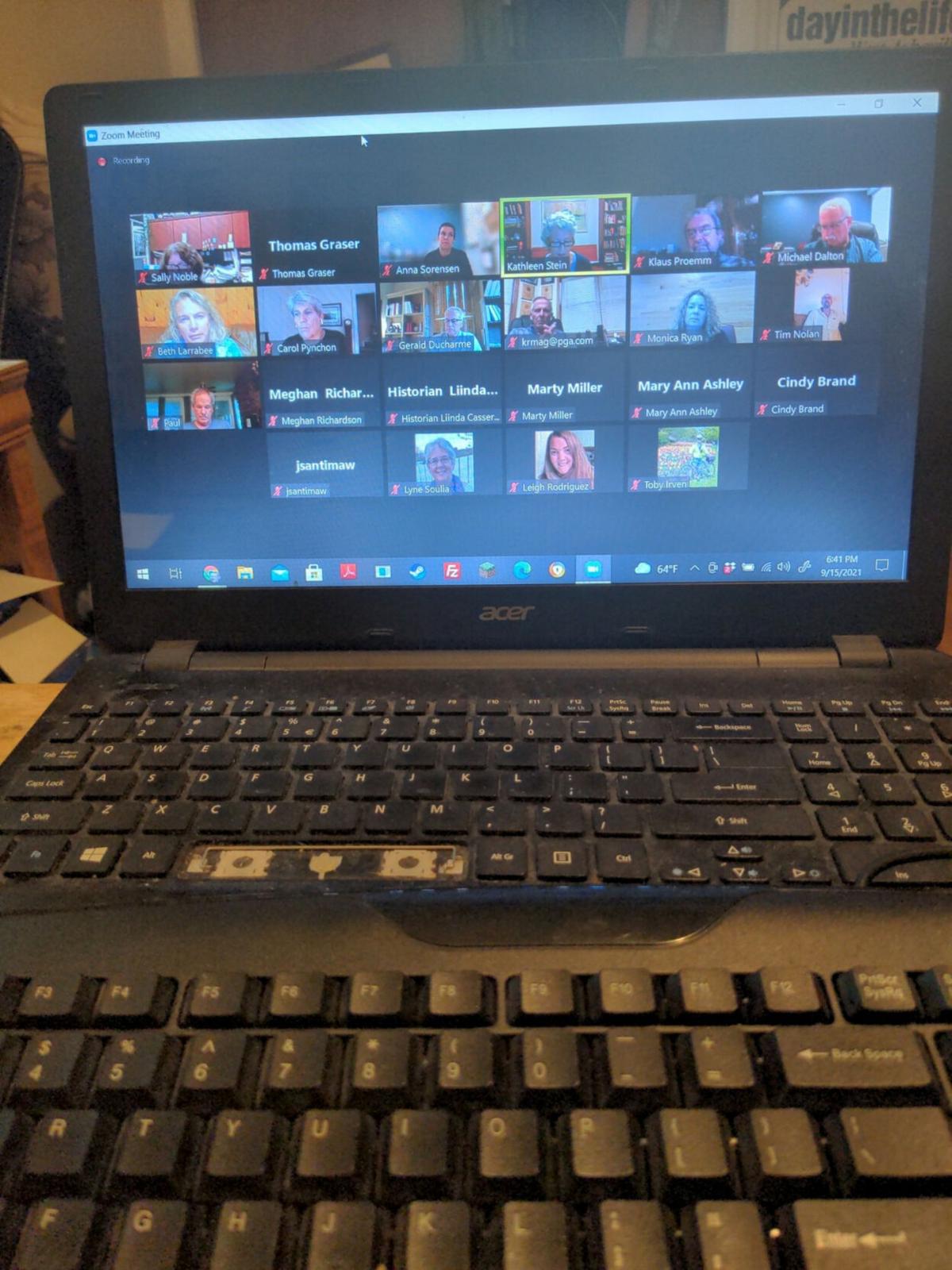 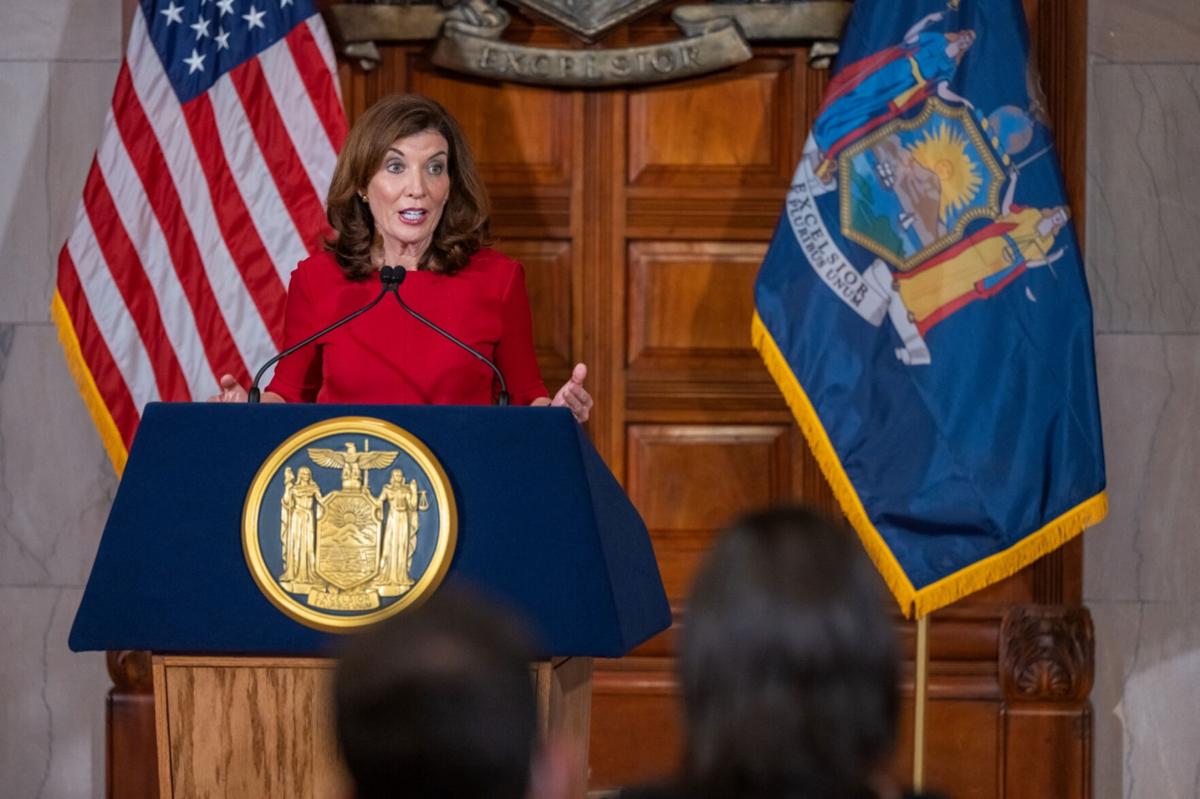 Gov. Kathy Hochul says she is prepared to sign an executive order declaring a state of emergency that seeks to increase the supply of health-care professionals, as the COVID vaccine mandate goes into effect for health care workers Monday. Darren McGee/Office of the Governor

Gov. Kathy Hochul says she is prepared to sign an executive order declaring a state of emergency that seeks to increase the supply of health-care professionals, as the COVID vaccine mandate goes into effect for health care workers Monday. Darren McGee/Office of the Governor

In becoming governor Aug. 24, Kathy Hochul told New Yorkers: “A new era of transparency will be one of the hallmarks of my administration.”

However, good government organizations and representatives of the news industry believe she ignored this pledge in one of her first major moves. On Sept. 2, Hochul signed a bill allowing public bodies to hold open meetings virtually rather than in person. This will extend until Jan. 15.

Throughout much of the health care crisis, this made sense. Avoiding crowds was vital in the quest to curtail the spread of the coronavirus.

The state disaster emergency expired June 25, halting the provision of Cuomo’s executive order pertaining to the OML. This made sense as well since vaccinations were available and rates of infection were decreasing. Public officials could return to conducting their meetings in person as mandated by the OML with fewer fears of spreading the virus.

So the decision by state legislators and Hochul to once again suspend this provision of the OML in late August is perplexing and disappointing. We understand the need to exercise caution given the prevalence of the delta variant, but the answer to this is ensuring as many people as possible are vaccinated rather than subverting the goal of open government.

Concerns about going back to in-person meetings have been expressed by advocates for people with disabilities. From the comfort of their homes, these individuals may observe what elected officials are doing when meetings are held virtually.

This is a valid point. They have the just as much right to interact with their representatives as does any other resident.

But conducting public business remotely has its drawbacks. There are many sections of New York that lack sufficient access to broadband internet, leaving numerous households without a good way to watch meetings.

And journalists who cover municipal governments have said that some public officials cleverly use virtual meetings as a way to avoid follow-up questions by reporters. This means that those who read, watch and listen to the reports provided by news outlets won’t be given answers from authorities on why they took specific actions. How can constituents fully participate in their local governments if they don’t have the information they require to make intelligent decisions?

There should be a way to accommodate all parties when it comes to open government. Hochul should work with lawmakers on adopting rules that satisfy the varied interests of stakeholders.

Some have suggested that government chambers used for public meetings could be open for officials and residents who wish to attend them in person. Other authorities and constituents who can’t make it there or who still have concerns about being so close to others can participate remotely.

This hybrid in-person/virtual model could well work to everyone’s benefit.

Some officials would show up in person while their colleagues signed on via Zoom, for example. Constituents would then have the option of watching the meetings on their computers or making their way to the chamber room.

Critics of the new limits on the OML have called for a public hearing on the issue; this is a good idea. A hearing (or a series of them held regionally) would offer people the chance to express their views and help craft a practical solution. Lawmakers owe it to all of us to make this effort.

Every time a Democrat takes office the first thing they say is that they will be the most transparent administration. Then they decide that the rules don't apply to them and become more secretive about their actions. Since the Communists took power in January it has been nothing but "pay no attention to the man behind the curtain." Now another government agency, the FAA, has been weaponized to hide the border mess by restricting FOX news from using their drone to expose the truth about what s happening at the southern border. The Democrats wants you to believe that the truth is what they say it is and not what you see. Power corrupts.