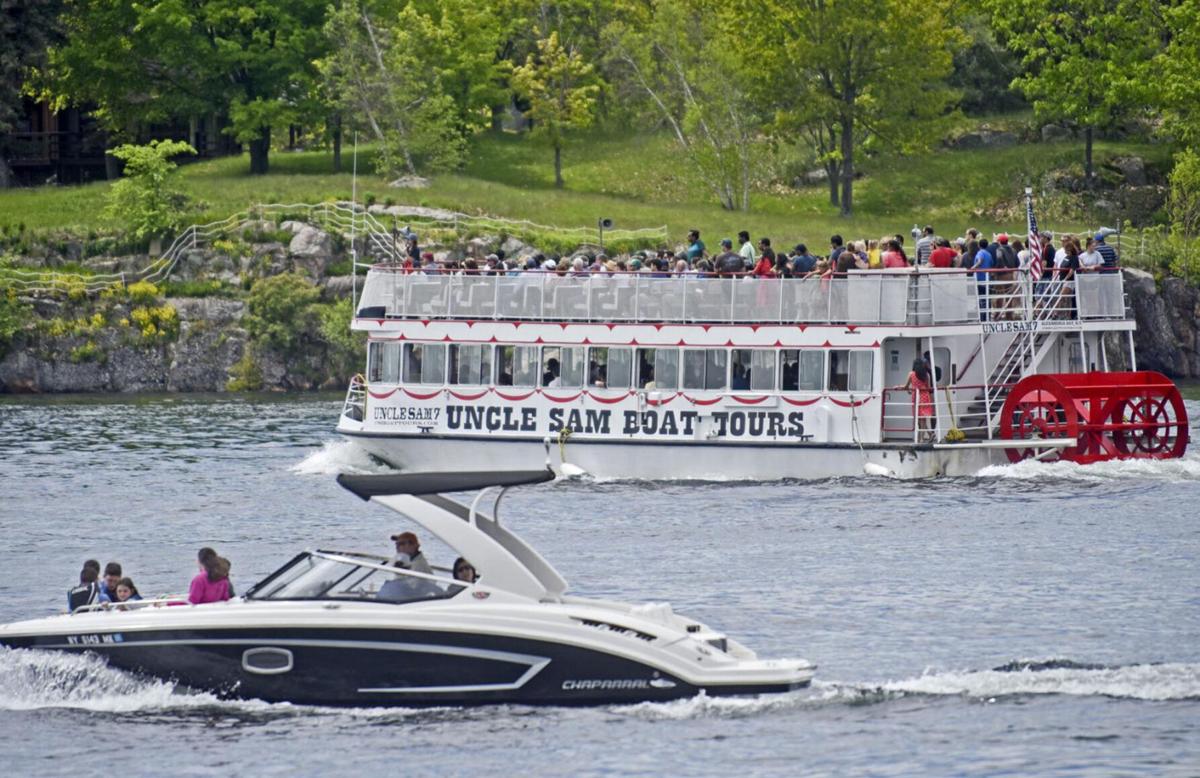 A tour boat and speeds boat cruise along the St. Lawrence River in May. Watertown Daily Times 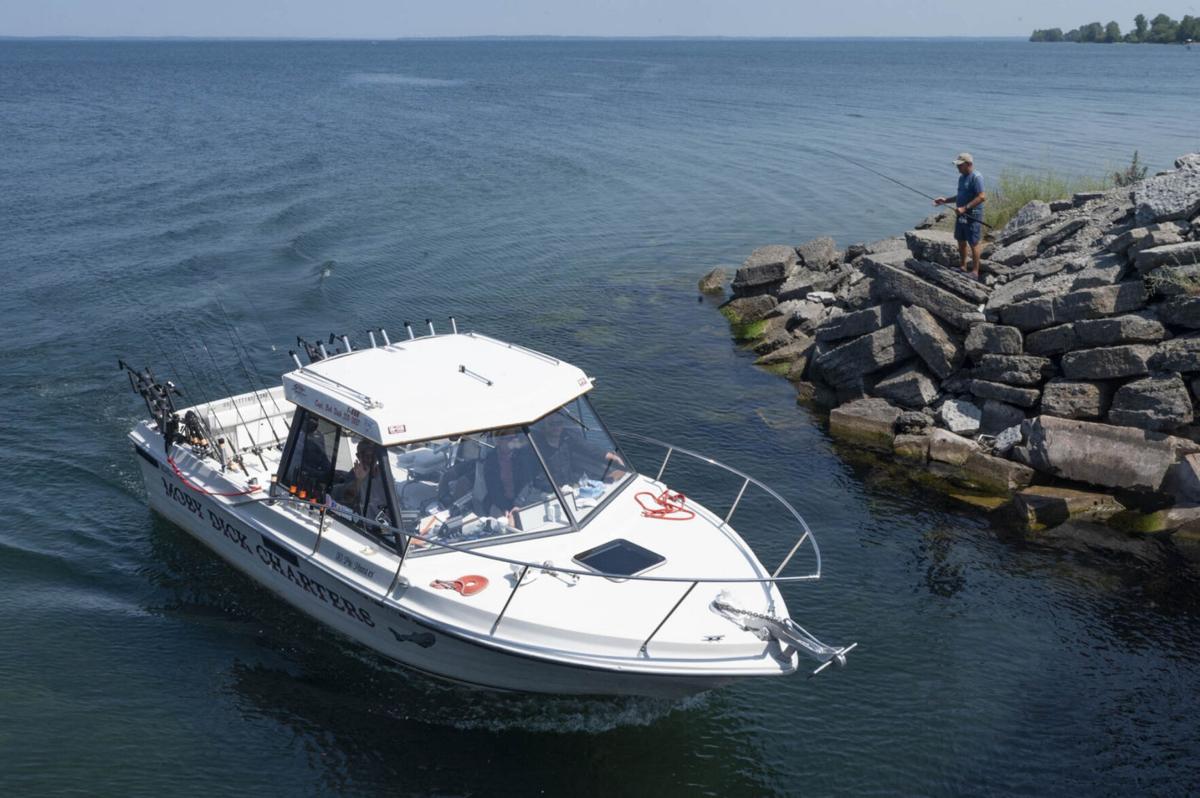 Larry Earl of Naples, Fla., fishes in Henderson on Lake Ontario in May. Mr. Earl and his wife have been traveling around the country for the last four years in their RV; this summer, they decided to see the Northeast. Watertown Daily Times

A tour boat and speeds boat cruise along the St. Lawrence River in May. Watertown Daily Times

Larry Earl of Naples, Fla., fishes in Henderson on Lake Ontario in May. Mr. Earl and his wife have been traveling around the country for the last four years in their RV; this summer, they decided to see the Northeast. Watertown Daily Times

Navigating the waters between Canada and the United States in Northern New York is tricky enough as it is.

There’s no clearly defined marker in either Lake Ontario or the St. Lawrence River about where the boundary of one nation ends and the other begins. Recreational boaters have periodically experienced problems if they drift across the invisible line without knowing it.

But the novel coronavirus pandemic has made the situation even more difficult. Cross-border traffic between the two countries has largely come to a halt. People are allowed to move back and forth only for approved reasons.

However, boaters may enter foreign waters even if they don’t intend to do so. It doesn’t help that the guidelines for when they need to report to authorities isn’t enforced uniformly by our two countries.

U.S. Sen. Charles E. Schumer, D-N.Y., wants to remedy the situation so that local boaters will have peace of mind. He sent a letter to Canada Border Services Agency Minister William S. Blair asking for clarification on the rules.

“I agree it is important to put in place smart safety guidelines to mitigate spread of the COVID-19 virus. However, boaters crossing the border mid-transit do not pose additional risk to Canadians since there will be no docking or venturing onto Canadian land. I believe a balance can be struck that allows tour boats to traverse both sides of the border and maintain public safety,” Mr. Schumer wrote in his letter, according to a story published Aug. 6 by the Watertown Daily Times.

In a news release, Mr. Schumer said he’s heard reports that U.S. boaters have been confronted by Canadian border agents. It used to be that they needn’t report their whereabouts if they didn’t dock. But this appears no longer to be the case, he said.

“I have heard from local boaters who are frustrated they cannot enter Canadian waters due to COVID-19 border restrictions, while U.S. authorities are allowing Canadian boaters into American waters. That type of uneven enforcement puts US boaters — especially tour companies — at a disadvantage and does nothing to protect Canadians from COVID-19 spread,” Mr. Schumer said. “The Canada Border Service Agency should follow the working precedent, be flexible and use a commonsense approach that will allow boaters to crisscross the Canadian/U.S. river boundary as long as they don’t dock — and remain on the water.”

It’s understandable that Canadian authorities don’t want to risk the spread of coronavirus infection by throwing their border with the United States wide open. While we have urged officials from both nations to find ways to increase traffic in a safe manner, we appreciate that maintaining restrictions is advisable.

But Mr. Schumer is correct that allowing boaters to drift back and forth will not increase the infection rate. These people are not going ashore and moving around. They remain by themselves in the middle of the water and pose no danger to anyone else.

The senator asked Canadian officials to work with their counterparts in the north country and in the federal government to create uniform guidelines. We encourage them to create rules that maintain safety protocols while ensuring recreational boaters are able to enjoy the outdoors without being hassled.

Today, I took a charter fishing trip out of Clayton with some friends. We fished in American waters between Fishers Landing and the TI bridge. Several Canadian tour boats passed by.

Yes, the rules are unfair.

We should step back. Let them give us the cold shoulder.

The world is difficult and tough right now. The unfair rules on the River pale in comparison to, well, just about everything.

Not uncommon to see a Canadian tour boat in US waters on a routine route around the islands... the passengers remain on the vessel... there's no threat.. Commercial traffic moves across the border as normal...ie - truck drivers..deliveries... what's the issue on the river... An issue that should be addressed..albeit this late in the summer it won't make much difference now..