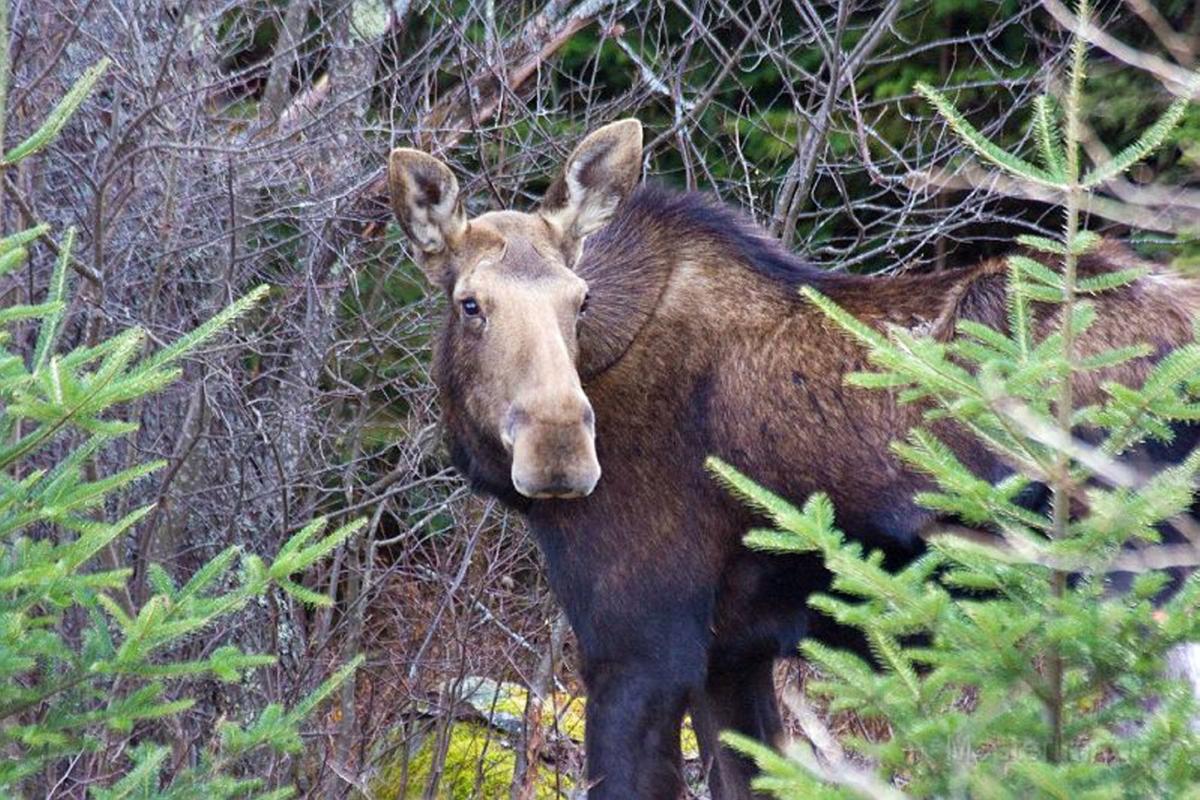 This moose moves through a forested area in Essex County. Ed Reed/State Department of Environmental Conservation 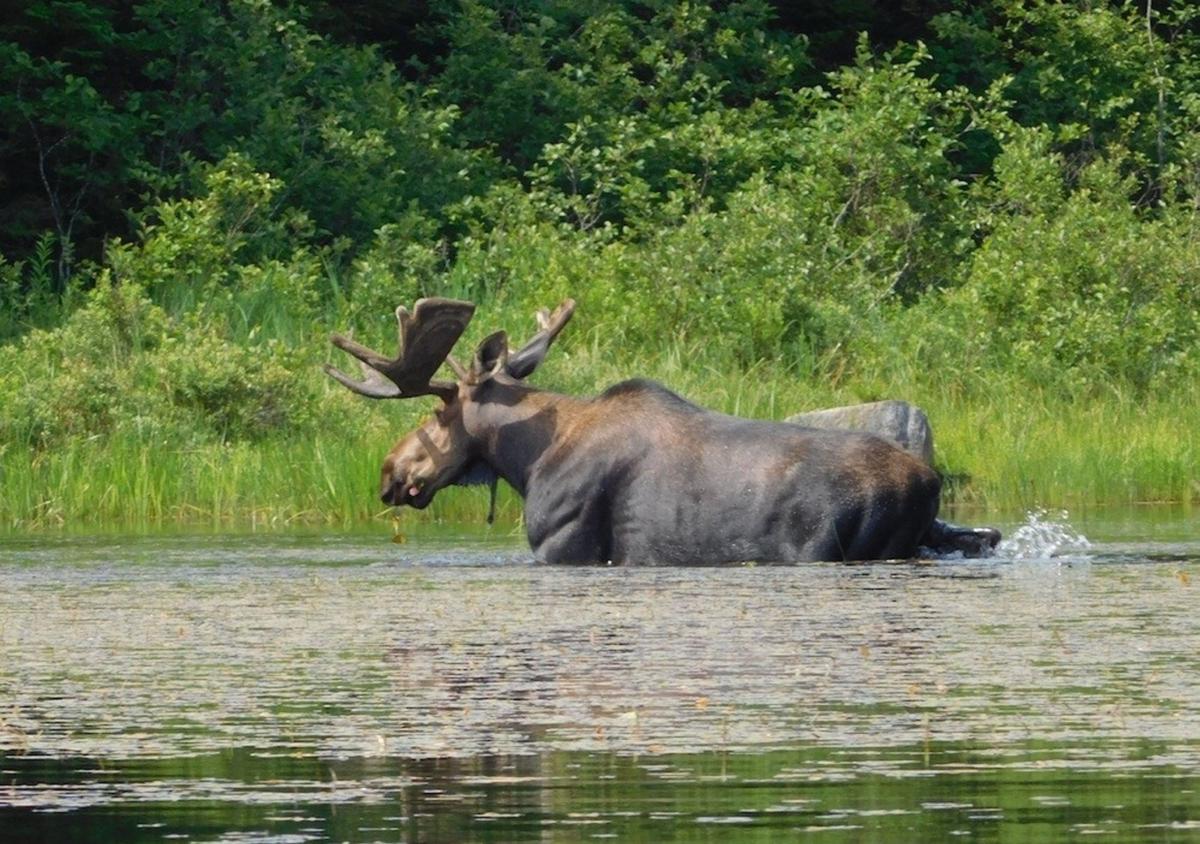 A moose wades through the water at Cedar River Flow in Inlet. Gary Lee/State Department of Environmental Conservation

This moose moves through a forested area in Essex County. Ed Reed/State Department of Environmental Conservation

A moose wades through the water at Cedar River Flow in Inlet. Gary Lee/State Department of Environmental Conservation

They’re beautiful to look but not as numerous as in previous eras.

Weighing between 600 and 1,200 pounds, moose are the largest land mammals in the state. They stand up to 6 feet tall at the shoulder. Their antlers can grow to 5 feet in width.

So it’s the scarcity of their population, not their physical size, that could make spotting moose rare in Northern New York. The good news is that their numbers are slowly increasing.

“Once common in New York, moose disappeared from the state in the 1860s largely due to habitat change and unregulated hunting. It was not until 1980 that moose once again roamed New York’s forests, moving in from neighboring states. By this time, abandoned farmlands and forest practice changes created areas and new and old providing excellent moose habitat,” according to a state Department of Environmental Conservation brochure. “To informally monitor the species’ progress, DEC began collecting reports of moose sightings. When feasible, animals were captured and outfitted with radio collars and tags before being released back to the wild, enabling biologists to gather better information on moose movements within the state. Today, the data collected from reports of collared moose, moose/vehicle collisions and moose mortalities indicate that New York’s moose population is now firmly established. However, DEC continues to collect reports of public sightings of collared animals. DEC staff also monitor collared animals when possible and attempt to locate uncollared animals during occasional mid-winter aerial surveys. When feasible, biologists attach radio collars on new moose such as nuisance animals that must be relocated.”

To keep track of changes in moose population and movement in the region, the state wants people in the north country to report any sightings of these majestic creatures. Members of the public reported more than 400 moose sightings to the DEC last year.

“DEC, SUNY College of Environmental Science and Forestry, Cornell University’s Cooperative Fish & Wildlife Research Unit and Animal Health Diagnostic Center, the Biodiversity Research Institute, and the Wildlife Conservation Society Adirondack Program are conducting a multi-year research project to obtain information on the status of New York state’s moose population, health of the moose and the factors that influence moose survival and reproductive rate. The goal of the Adirondack moose study is to gather data that will be used to create a moose management plan for New York state,” the DEC reported on its website. “As part of the study, 12 moose were captured in the Adirondacks in January 2015, fitted with GPS radio collars and released. Another nine moose were capture in January 2016, and five more were captured in 2017. The movement of the moose are being remotely tracked, and these animals will be monitored for calf production and survival.”

Participating in this project will help researchers gain a better understanding of how moose are faring.

“In the summer, when most moose sightings occur, moose feed heavily on aquatic plants in ponds and wetlands, wading into the water and reaching beneath the surface for plants,” according to a story published Sunday in the Watertown Daily Times. “Many moose sightings also occur along roadways. The DEC encourages cautious driving, especially at dusk and dawn as moose can be hard to spot due to their dark color. If you see a moose, do not block traffic and remember to respect wildlife by keeping quiet and viewing from a distance.”

Use the DEC’s online form at http://wdt.me/zCH4hK to report moose sightings, and email photos to wildlife@dec.ny.gov. Documenting squirrel sightings, however, is another matter altogether!