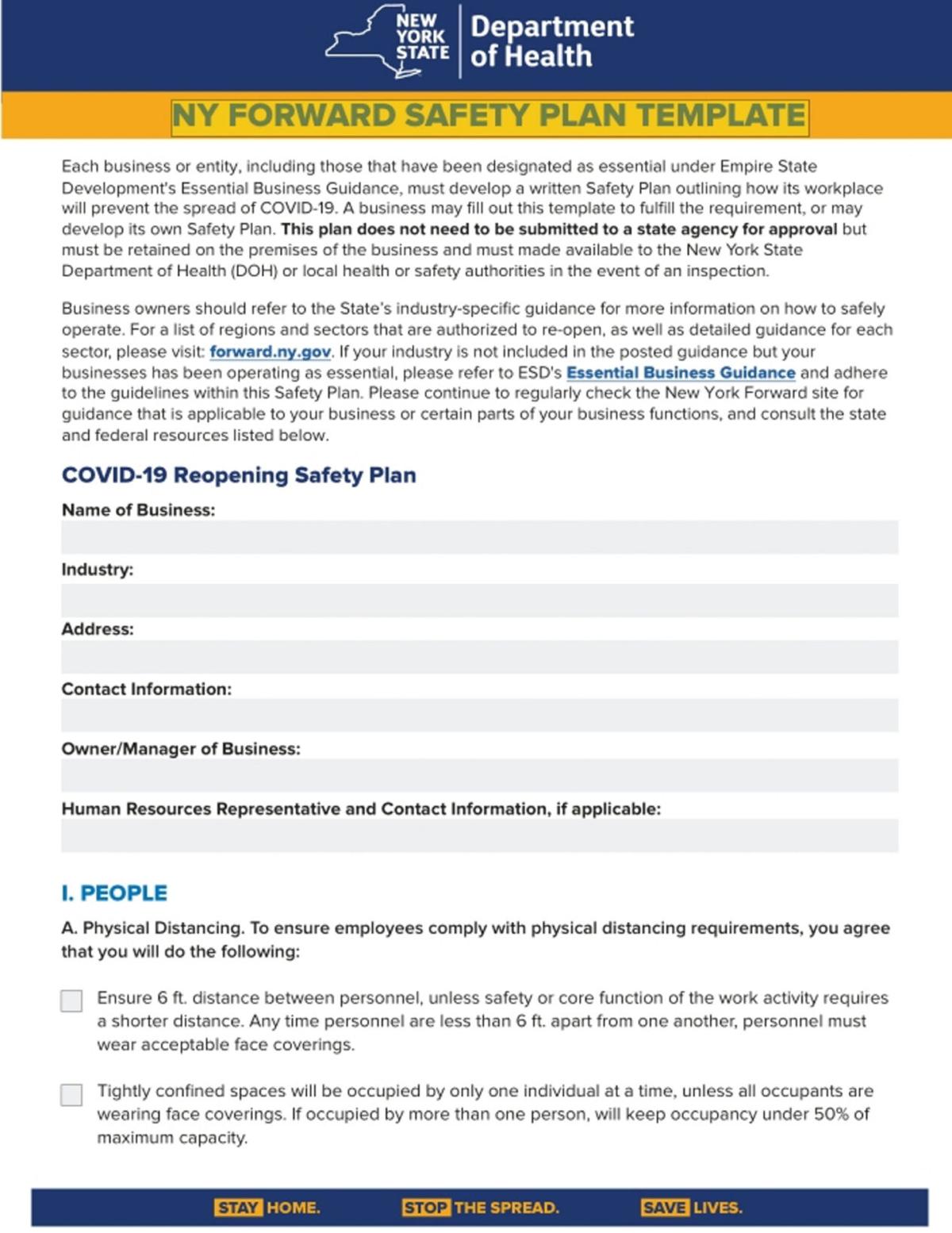 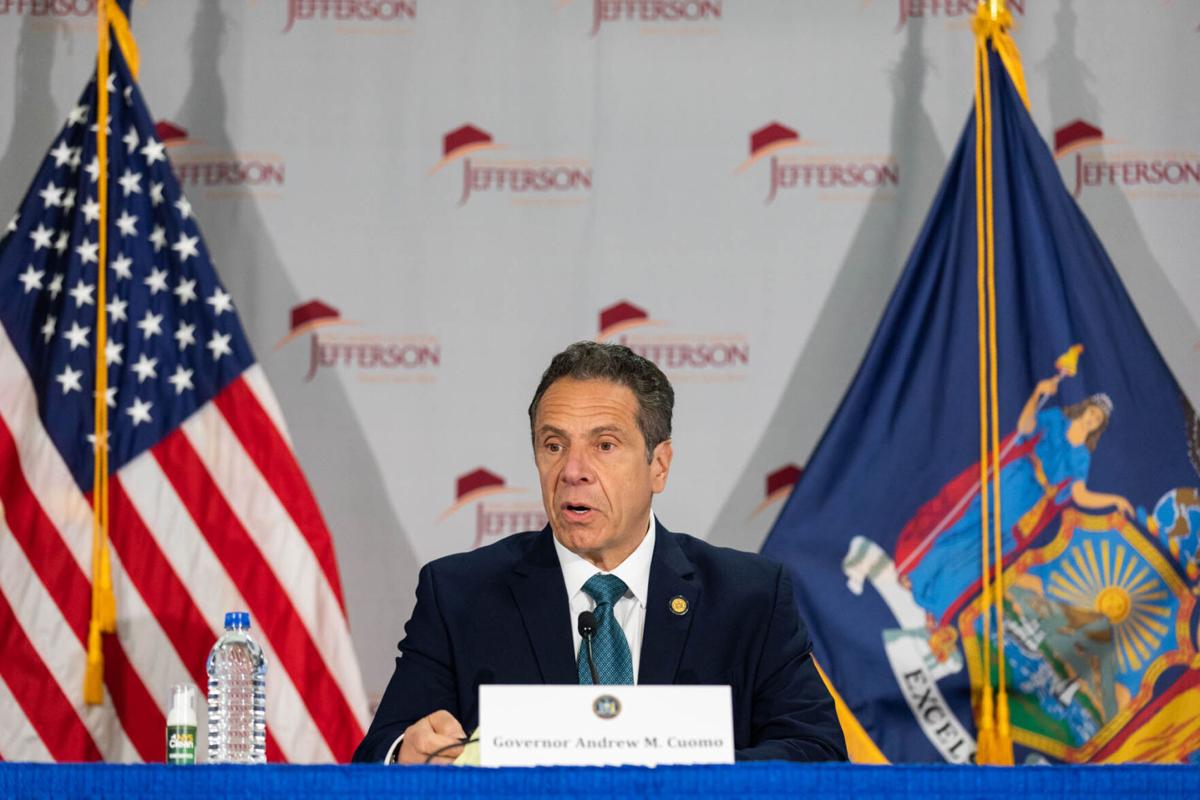 If Gov. Andrew M. Cuomo doesn’t want to be thought of as a control freak who can’t relinquish even a modest amount of power, he’s not doing a good job of communicating this message.

Last week was a prime example. He previously established regional control rooms as part of the process of moving through different phases of reopening the state during the novel coronavirus pandemic.

“The regional control room will monitor regional metrics during the reopening process. These regional control rooms will monitor the hospitalization rate, death rate, number of new hospitalizations, hospital bed capacity, ICU bed capacity, testing and contact tracing within its region during reopening and alert the state if the region’s metrics no longer meet the reopening guidelines and adjust the reopening plan for that region accordingly,” according to information on the New York Forward website. “Each region will reopen businesses in phases, with at least two weeks in between each phase. This allows state and local leaders to monitor the effects of the reopening and ensure hospitalization and infection rates are not increasing before moving to the next phase and permitting more economic activity. The phase-in plan prioritizes businesses considered to have a greater economic impact and inherently low risks of infection for the workers and customers followed by other businesses considered to have less economic impact and those that present a higher risk of infection spread. Additionally, when phasing in reopenings, regions must not open attractions or businesses that would draw a large number of visitors from outside the local area.”

This definitely leaves the impression that representatives of these control rooms play a key role in determining when their respective regions can proceed into a new phase. Mr. Cuomo had earlier announced that the north country could begin Phase I.

At 2 p.m. on May 27, members of the control room for our region were led to believe by staffers from the governor’s office that everything was still on track to move into Phase II, according to a story published May 28 by the Watertown Daily Times. But at 7 p.m. the following day, they were told a different story.

Mr. Cuomo would no longer rely on phases to reopen various regions. He would now oversee the process himself through executive orders.

The governor on May 29 eventually gave the north country and other regions the green light to love into Phase II. This was certainly welcome news, but he created unnecessary confusion the previous day by temporarily halting the process. This angered community leaders and local business owners who believed they had already been approved for lifting even more restrictions.

After engaging in this antic, many people were left with the impression that Mr. Cuomo created these control rooms merely to offer a false sense of authority. But he can’t tolerate anyone else calling the shots, so he willingly threw everything up in the air to remind us all who’s the boss.

State legislators have ceded far too much power to Mr. Cuomo. To have the 19 million people who live in our state so dependent on one individual for the basics of life does not reflect a representative government very well.

It’s time for Mr. Cuomo to give back at least some of the power that members of the state Legislature signed over to him during this crisis. And he needs to respect the purpose of the regional control rooms as they were initially established. If he hopes to restore any sense of trust among residents of Northern New York, he must return to sharing authority as our form of government demands.

What idiot wrote this drivel?

The alternative is comrade Donald "I'm not responsible. Let the states do it." Trump.

How did that work out?

Hint: The US leads the world in sick and dead COVID-19 victims. America is the graveyard of more victims than any other in the world. WE'RE NUMBER ONE!!!! That's some "Chinese hoax", Comrade Donald. Thanks for the reliable REPUBLICAN "leadership".

Understand Charlie that's by Trump's design..if he'd shut up...stop tweeting inflammatory multiple times per day.... and trashing his ex-employees who he's hired and fired.. What's amazing to me is I have friends...similar to you.. who'd believe the world was flat if POTUS said so.. The GOP's mistake is failing to reel POTUS, tell him to shut up, and and focus on his accomplishments... if they did that he may just get re-elected... but they won't and as such assume the blame..

Power ceded to Cuomo at the start of the crisis should remain in place for one reason- the crisis continues.

Yes, the confusion over moving from phase one to phase two, and the fact that the authority invested in the Control Room was adjusted, are unfortunate. But these things, and more, are predictable when a crisis is novel and there is no playbook to follow.

A responsible leader does not cede power given to him at the start of a crisis, during it or in the middle of it, lest he endanger public health and compromise public confidence.

Returning all or some power to the state legislature would put it in the hands of the likes of Assemblyman Mark Walczyk (R-Watertown) who recently said: "It's time to allow smart New Yorkers to operate as free New Yorkers." The constitutional bent of his statement might give his supporters something to rally around but others think he sounds like a clown. Walczyk's not smart, nor are his supporters, nor are NY citizens, nor are the Control Room members, nor are NY Republican leaders, nor is Cuomo. Smart is data interpreted by infectious disease and public health experts. Thankfully, it determines pandemic decisions in NY state. The editorial board makes it sound like the decisions come from Cuomo. They don't. They come from experts, relayed to us by Cuomo. When folks lay on Cuomo the titles of "czar" and "king," they're not smart. In reality, the czars and kings are the experts.

It's utterly anti-intellectual that the editorial board, Walczyk, NY Republican leaders, Control Room members and some New Yorkers think it should be any other way.

Yup, this is the same governor who returned infected elderly to nursing homes instead of the military field hospitals, so his state could collect the federal Medicare reimbursement. He's a dangerous demagogue. Then again, he's a democrat. Now this is leadership!

Too bad tRUMP didn't show this kind of leadership instead of pigging out on big macs and golfing.

The Left's answer to everything always starts with Trump. Did you ever notice the caption near the bottom of the screen on MSNBC or CNN? It predominantly has the word Trump in it. It's telling.

Your generation wasn’t raised right. Something seriously wrong with a society when older folks are the ones with obviously horrid morals.

Understand Charlie that's by Trump's design..if he'd shut up...stop tweeting inflammatory multiple times per day.... and trashing his ex-employees who he's hired and fired.. What's amazing to me is I have friends...similar to you.. who'd believe the world was flat if