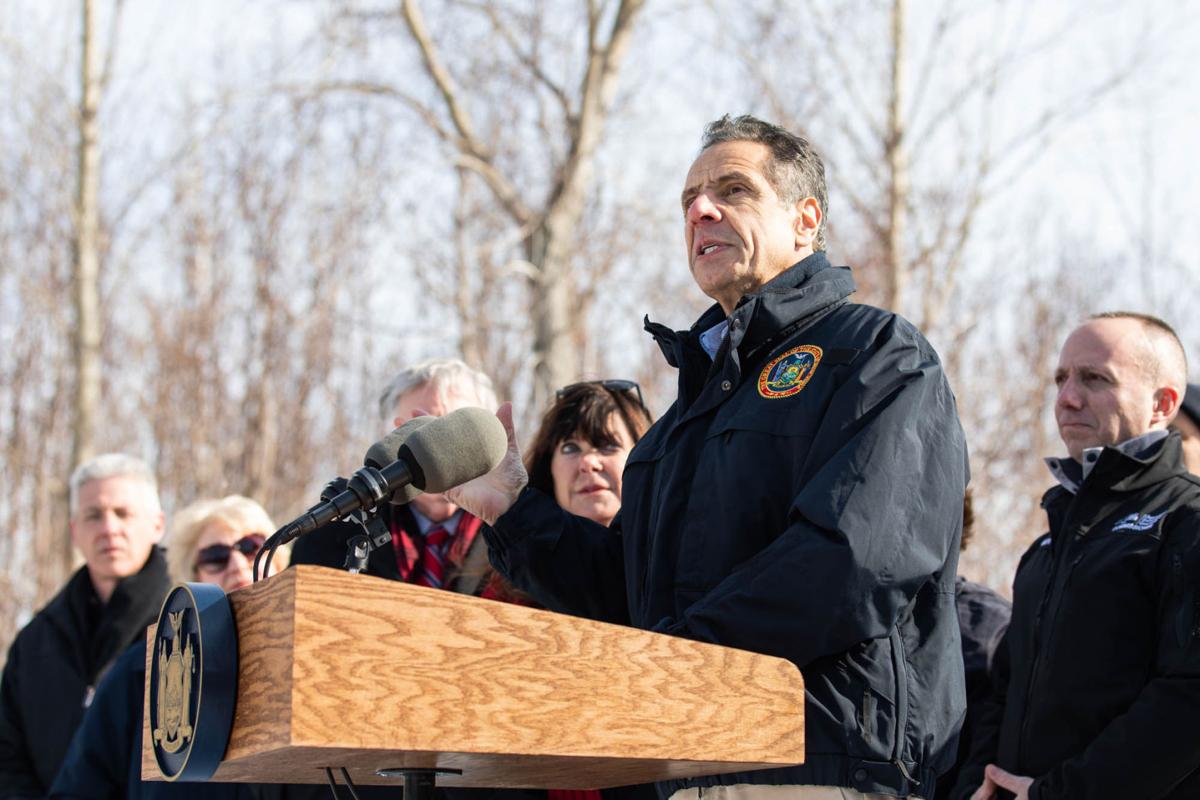 Gov. Andrew M. Cuomo speaks Feb. 12 during a news conference at Sandy Pond Beach in Sandy Creek to announce 20 dredging sites. These were selected as part of the state’s $300 million effort to build resiliency along Lake Ontario and the St. Lawrence River. Sydney Schaefer/Watertown Daily Times 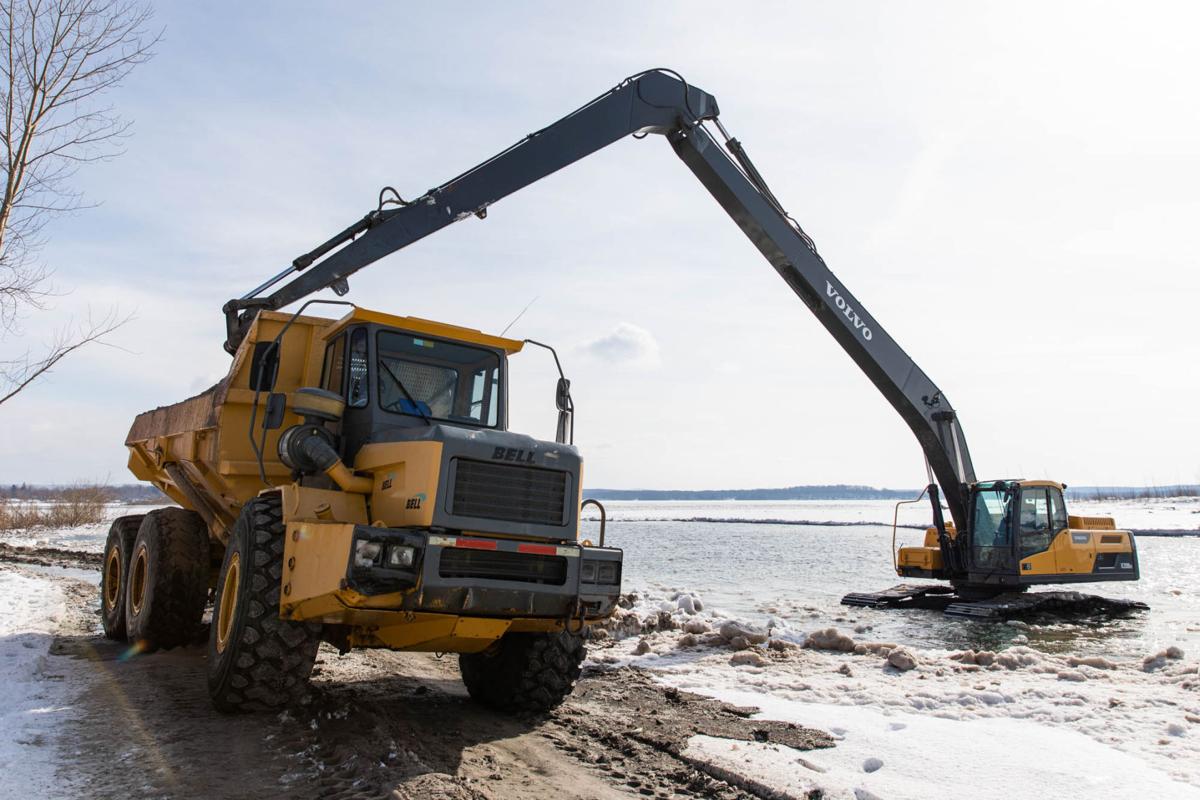 Gov. Andrew M. Cuomo speaks Feb. 12 during a news conference at Sandy Pond Beach in Sandy Creek to announce 20 dredging sites. These were selected as part of the state’s $300 million effort to build resiliency along Lake Ontario and the St. Lawrence River. Sydney Schaefer/Watertown Daily Times

On Feb. 12, Gov. Andrew M. Cuomo used recent incidents to promote some waterway projects that have been discussed for years.

He traveled to Sandy Creek to announce that the state would allocate $15 million to dredge 20 sites along Lake Ontario and the St. Lawrence River. In light of the record high-water levels that shoreline property owners confronted in 2017 and 2019, he said these projects are necessary to prepare for additional flooding.

“This is a true commitment to be here because we have a serious situation that has been developing for a number of years and we said we would be on top of it, and we are on top of it, and that’s the ongoing problem of high water level on Lake Ontario,” Mr. Cuomo said while at Sandy Pond Beach, a story published Feb. 12 by the Watertown Daily Times reported.

According to information from the governor’s office, sites to be dredged include:

“At Sandy Pond, the state is spending $600,000 as part of the North Sandy Pond Resiliency Project that is designed to help the town of Sandy Creek strengthen a barrier bar dividing Sandy Pond and Lake Ontario. Multiple phases of dredging will provide a substantial amount of sediment for beneficial reuse and help to maintain the balance of natural coastal processes, while protecting property and infrastructure, and ensuring recreational access to the waterfront,” the Times story reported. “Money for the work is coming from a $300 million Resiliency and Economic Development Initiative fund the state has established to help businesses and property owners recover from previous damage from high water and prepare for potential problems in the future. Gov. Cuomo said the state is bracing itself for what some are calling the ‘new normal’ in which lake levels are consistently above where they have been known to be in the past.”

Some of these projects have been talked about for years. To understand how this work will affect shoreline communities, it’s important to define what it will entail.

“Dredging is the removal of sediments and debris from the bottom of lakes, rivers, harbors and other water bodies. It is a routine necessity in waterways around the world because sedimentation — the natural process of sand and silt washing downstream — gradually fills channels and harbors,” according to information from the federal National Ocean Service. “Dredging often is focused on maintaining or increasing the depth of navigation channels, anchorages or berthing areas to ensure the safe passage of boats and ships. Vessels require a certain amount of water in order to float and not touch bottom. This water depth continues to increase over time as larger and larger ships are deployed. Since massive ships carry the bulk of the goods imported into the country, dredging plays a vital role in the nation’s economy.”

Of course, Mr. Cuomo used the occasion to again criticize the International Joint Commission for not doing enough to alleviate flooding. He has vocal constituents living in these areas, and he’s willing to pander to their misguided beliefs.

But he acknowledged that high water levels may be the new normal, and it’s a good excuse to get these projects done. They’ll benefit these waterways and enhance the transport of vital goods along the St. Lawrence Seaway.