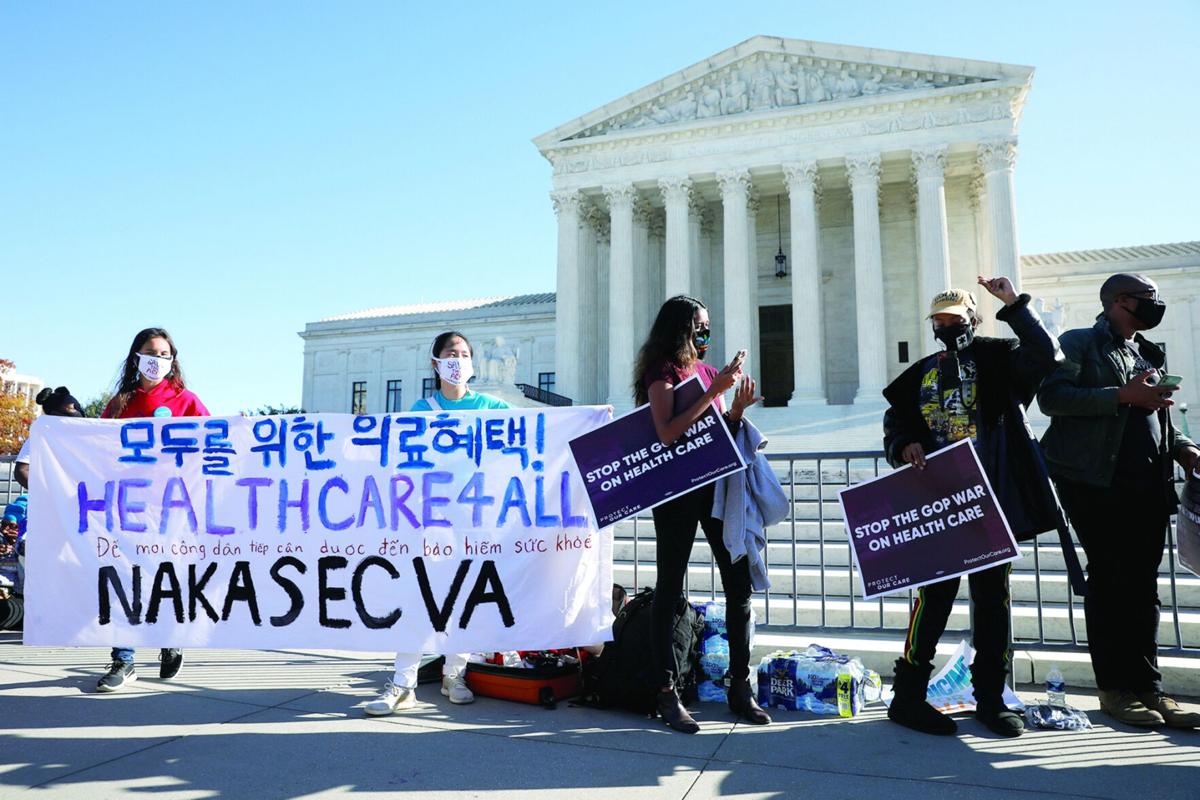 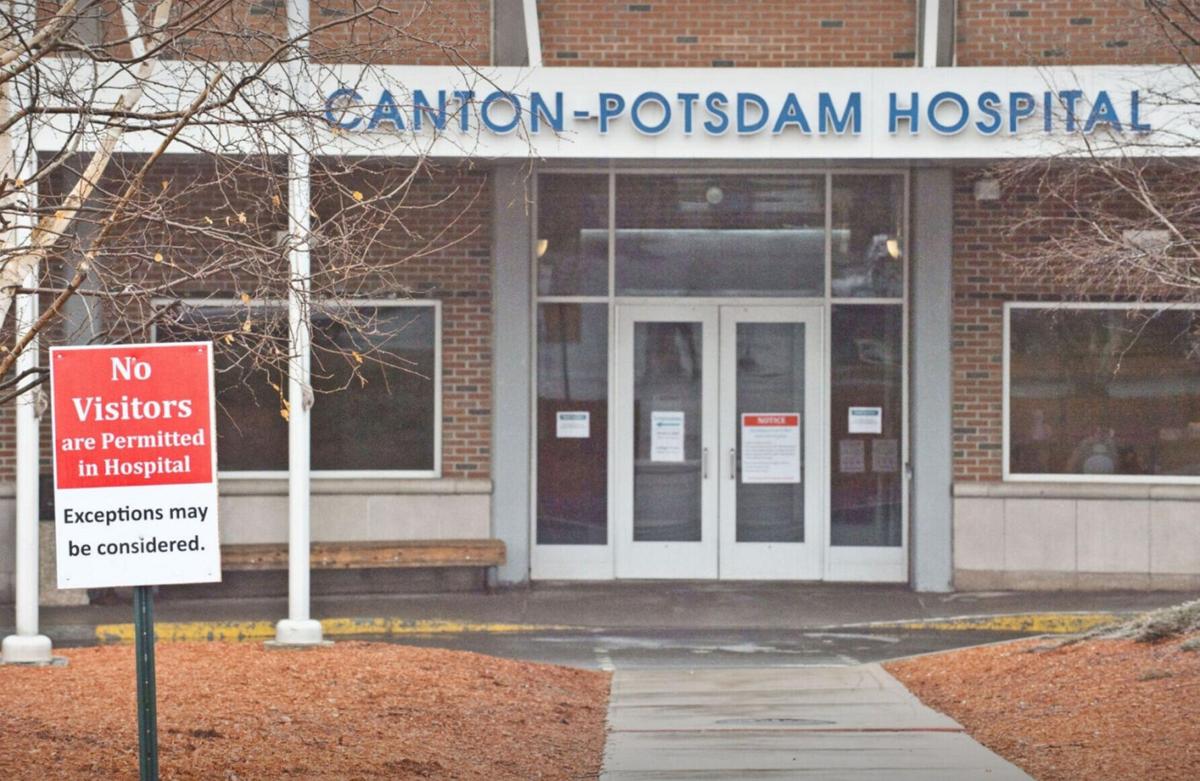 One of the major concerns over the nomination of Judge Amy Coney Barrett to the U.S. Supreme Court was her perceived opposition to the Patient Protection and Affordable Care Act.

Critics believed Judge Barrett would provide the vote needed to overturn the ACA if it again went before the Supreme Court. Numerous people would be left without healthcare coverage if this occurred.

This wasn’t a hypothetical situation. A case seeking to dismantle the ACA was awaiting the Supreme Court justices, and they heard arguments Tuesday.

But rather than sending a message that it was likely to throw the ACA out, the high court indicated it may not move in this direction. Two justices threw the law a lifesaver.

“A majority of the Supreme Court appeared ready Tuesday to uphold the Affordable Care Act’s essential components in the face of the latest challenge to the health care law brought by Republican-led states and the Trump administration,” according to a Washington Post story published Wednesday in the Watertown Daily Times. “Two key members of the court — Chief Justice John G. Roberts Jr. and Justice Brett M. Kavanaugh — said plainly during two hours of teleconferenced arguments that Congress’s decision in 2017 to zero-out the penalty for not buying health insurance did not indicate a desire to kill the entire law. With that, the latest effort to derail President Barack Obama’s landmark domestic achievement seemed likely to meet the fate of past endeavors. President [Donald] Trump and Republicans have never summoned the votes to repeal the measure — even when in control of Congress and the White House. And the court has been unwilling to do the work for them.”

Republicans on Capitol Hill have talked incessantly about repealing the ACA and replacing it with something better. And while they’ve tried numerous times to cast it aside — unsuccessfully, at that — their health care plans have offered very little as alternatives.

When the ACA was passed and signed into law in 2010, we argued against it on this page. It was a complicated measure that imposed pricey regulations on businesses. This was at a time when the nation was still recovering from the Great Recession, and companies didn’t need additional financial burdens.

Rather than trying to accomplish everything in one bill, Congress should have separated the problems with health care into manageable chunks. It would have been better for legislators to address major issues piecemeal, making important fixes in each year of then-President Barack Obama’s first term. This way, they could have given themselves sufficient time to hash out their differences and advance something meaningful and effective.

The tea leaves suggest that the Supreme Court is not going to dump the ACA. While it was a hassle for businesses to absorb the law when it passed, it would be equally disruptive now to do away with it.

Members of Congress have another chance to approach a cure for health care woes in a positive way. They need to get to come up with ideas to resolve some of the lingering problems: Making medical treatment truly affordable by ensuring that health care insurance is competitive, and seeing that the ACA finally benefits rural hospitals financially.

Legislators have spent 10 years yelling at each other about whose healthcare plan is worse for the nation. It appears that the ACA will remain the law of the land, so they should cooperate to finally make it work for all of us. The time for fighting is over; lawmakers must now heal their injured patient.

Hopefully the SCOTUS will fix the so called ACA once and for all...

cruelly and shamefully wishing for millions of people to have their health insurance pulled out from under them.

Government always misnames new laws. The Affordable Care Act is anything but. The NYS Safe Act did not make us more safe. Equal Opportunity legislation only creates unequal treatment based on race and gender. I'm still waiting for my premiums to go down by $2500.

the affordable care act very successfully bent the health care cost curve. it never promised to outright lower costs compared to the status quo ante. it promised to lower costs compared to what would have happened if we had let the existing trends continue without intervention. it succeeded wildly by that measure. it only took a year or two for the $2500 promise to come true.

nys gun safety record is quite good compared to places like, say, florida. do you really think the safe act has nothing to do with that?

the status quo in our society is for a very unequal playing field on the basis of race and gender, and so-called equal opportunity legislation works to ameliorate that.

“nys gun safety record is quite good” I guess nyc isn’t included in your calculations...

and i guess you're talking out of your [bleep] again. nyc is the safest large city in the nation. its homicide rate is at more-or-less a 100-year low. https://www.cityandstateny.com/articles/opinion/commentary/why-new-york-has-such-low-rate-gun-death.html

The ACA is affordable for me. I’m a very happy customer. I don’t see many mass shootings in NY so I’m happy with the SAFE Act too. So far the slippery slope hasn’t happened and pappy had his shootin’ arn taken away.

Guess you can’t please everyone.

It’s affordable to you because someone else is paying your share...

taxing the more fortunate to help society at large is a good thing.

It’s affordable to you because someone else is paying your share...