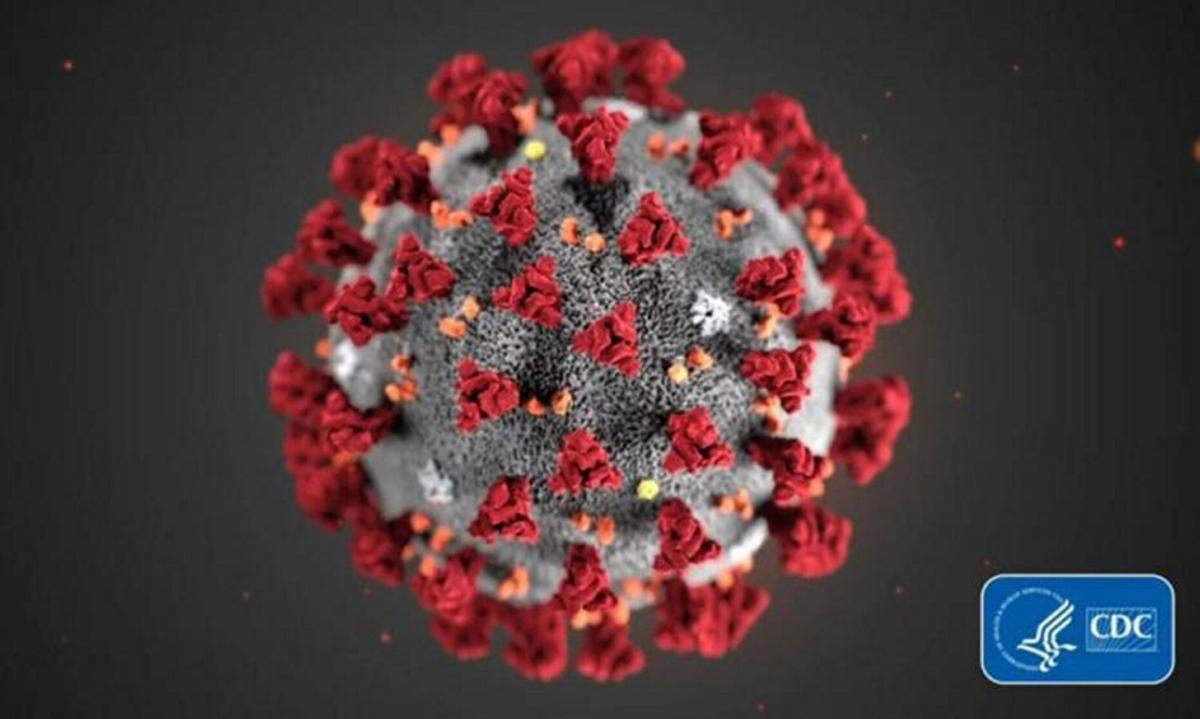 Someone’s level of infectiousness doesn’t depend on what their occupation is, so having differing state isolation rules for those who have tested positive for the novel coronavirus makes little sense. Centers for Disease Control and Prevention/Tribune News Service 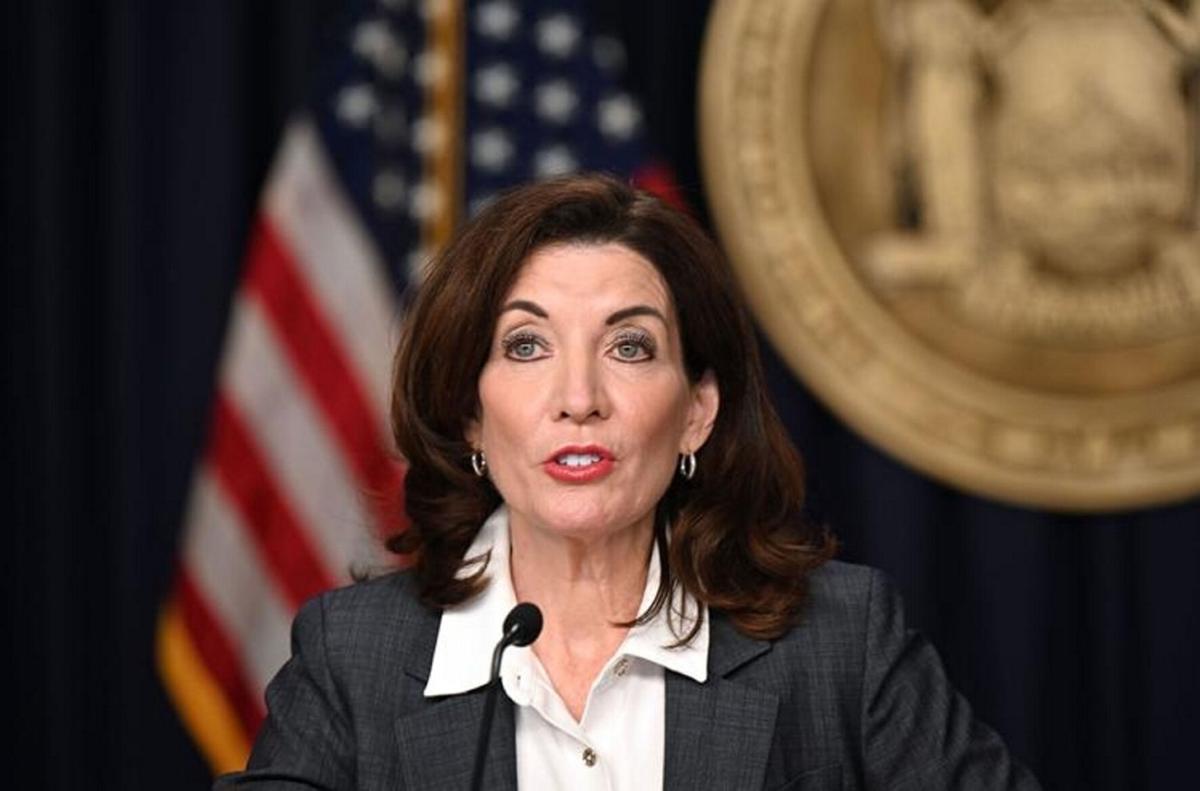 Gov. Kathy Hochul recently announced that people who work in specific fields need only isolate for five days if they tested positive for the novel coronavirus. Kevin P. Coughlin/Office of the Governor/Tribune News Service

Someone’s level of infectiousness doesn’t depend on what their occupation is, so having differing state isolation rules for those who have tested positive for the novel coronavirus makes little sense. Centers for Disease Control and Prevention/Tribune News Service

Gov. Kathy Hochul recently announced that people who work in specific fields need only isolate for five days if they tested positive for the novel coronavirus. Kevin P. Coughlin/Office of the Governor/Tribune News Service

New federal and state guidelines reducing the required number of days in isolation for critical workers who tested positive for the novel coronavirus have raised concerns about their potential effect on others.

On Dec. 23, the Centers for Disease Control and Prevention advised that infected health care employees may return to work after seven days if they are asymptomatic and have a negative test; the CDC said this period could be cut shorter in the event of staff shortages. In addition, health care workers who are fully immunized (including a booster) need not quarantine at home following a high-risk exposure to the virus. (On Monday, the CDC further revised its guidelines, stating that people who test positive but remain asymptomatic must only isolate for five days.)

On Dec. 24, the state responded to the CDC’s initial advisory by declaring that businesses may allow health care workers and employees in other critical fields who tested positive for the coronavirus to come back to work after five days in isolation. Gov. Kathy Hochul announced the new guidelines that day during a news briefing.

“The guidance, which was unveiled as New York set another record for the daily number of coronavirus infections, applies to members of the state’s ‘critical workforce,’ like nurses, doctors, grocery store clerks, hospitality employees and public transit workers, Hochul said,” according to a New York Daily News story published Saturday by the Watertown Daily News. “Previously, workers needed to isolate for at least 10 days after a confirmed infection before returning to their jobs. Hochul argued the 10-day rule has caused unnecessary staff shortages at hospitals and elsewhere, as COVID-19 case rates continue to explode statewide due to the highly contagious omicron variant.

“New York reported more than 44,000 new cases in the 24-hour period ending Friday morning — a new all-time record, according to data from the state Health Department,” the article reported. “The previous daily infection record, recorded just two days ago, was 38,835 cases. Along with the case spike, New York’s hospitalization rates are ticking up as well, an indicator that has caused anxiety among public health experts who worry the trend could result in a surge in deaths, as well. But Hochul stressed that an overwhelming number of cases being reported are mild and credited that to New York’s high vaccination rate. Data [show] 95% of adults in the state have had at least one shot as of Friday.”

Individuals who may return to work must be fully vaccinated and either be asymptomatic or only had mild symptoms. In case they exhibited symptoms of COVID-19, they must not have had a fever for at least 72 hours, not have a runny nose, have no more than a minimal and non-productive cough and consistently wear a well-fitting face mask. No additional testing is required.

“In the health care setting, if the individual wears a face mask rather than a respirator, then it must be a well-fitting ‘surgical’ face mask,” according to an advisory issued Dec. 24 by the state Department of Health. “In other settings, face masks should be well-fitting, disposable, non-woven masks. Other face coverings including cloth masks are not allowed except as part of double masking with a disposable mask underneath.”

Not everyone supported the new guidelines.

“Weakening COVID-19 guidance now, in the face of what could be the most devastating COVID-19 surge yet, will only result in further transmission, illness and death,” Zenei Triunfo-Cortez, president of National Nurses United, wrote in a letter last week to CDC Director Rochelle Walensky, according to the New York Daily News story. She said the move to reduce the isolation period seems to be geared toward “maintaining business operations, revenues and profits without regard for science or the health of employees and the public,” the article reported.

Upon hearing this news, a few Republican state legislators raised a valid point. If it’s safe enough for some people to leave isolation after five days under these conditions, it should be sufficient for everyone.

The state’s new directive creates situational health care rules, and this adds to the confusion we’ve endured for nearly two years when it comes to safety protocols.

It also establishes a new category for workers (critical) allowed to operate under different guidelines.

Not all employees considered “essential” under New York’s initial mandates are labeled as “critical.”

We understand the need to respond to the labor shortage occurring in the state and across the country. But these new guidelines could cause further doubt in some people’s minds that authorities have a clear direction of leading us through this health care crisis.

A person’s level of infectiousness doesn’t depend upon his or her occupation. The state needs to draft standard isolation and quarantine rules for everyone regardless of where they work.