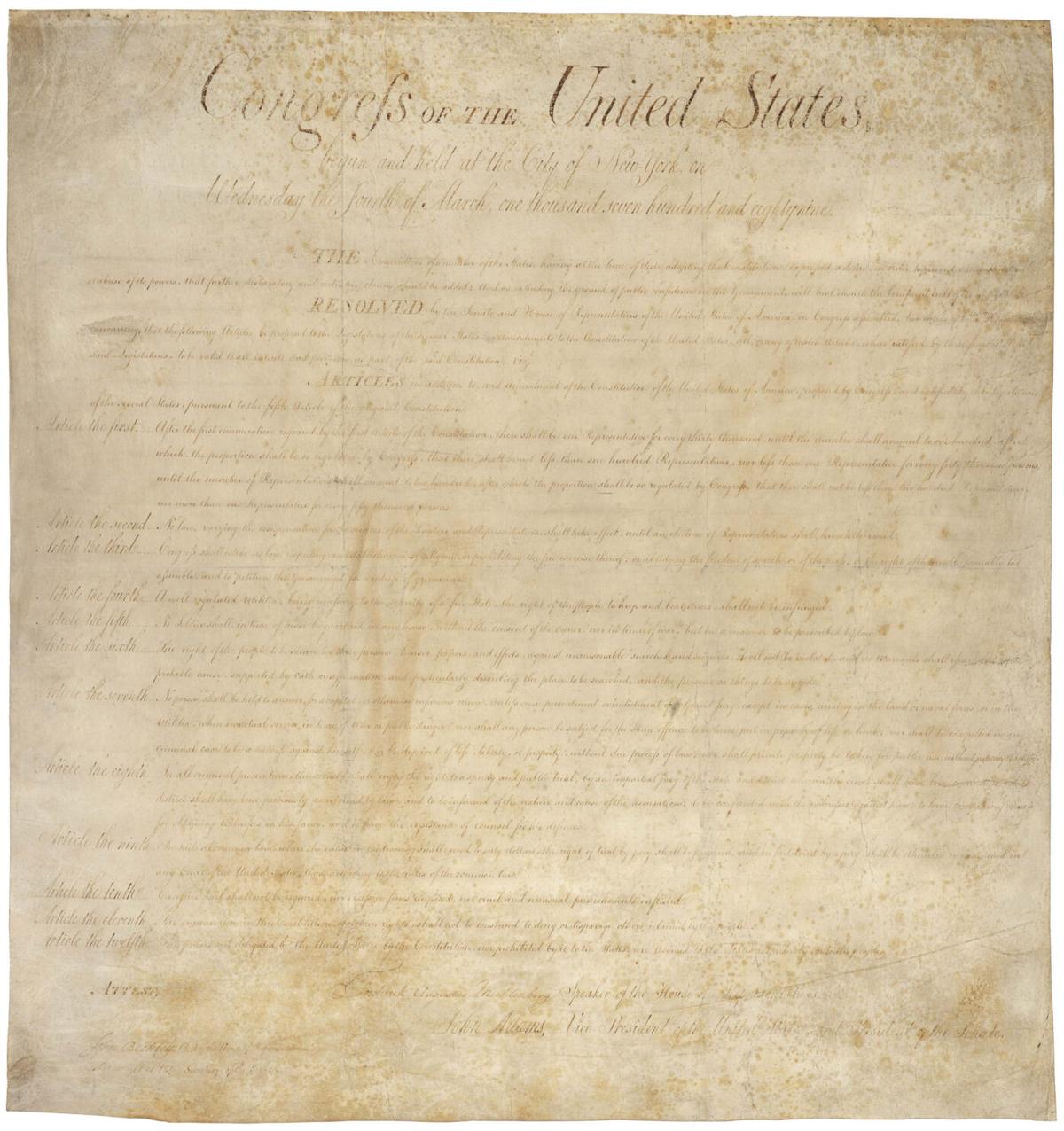 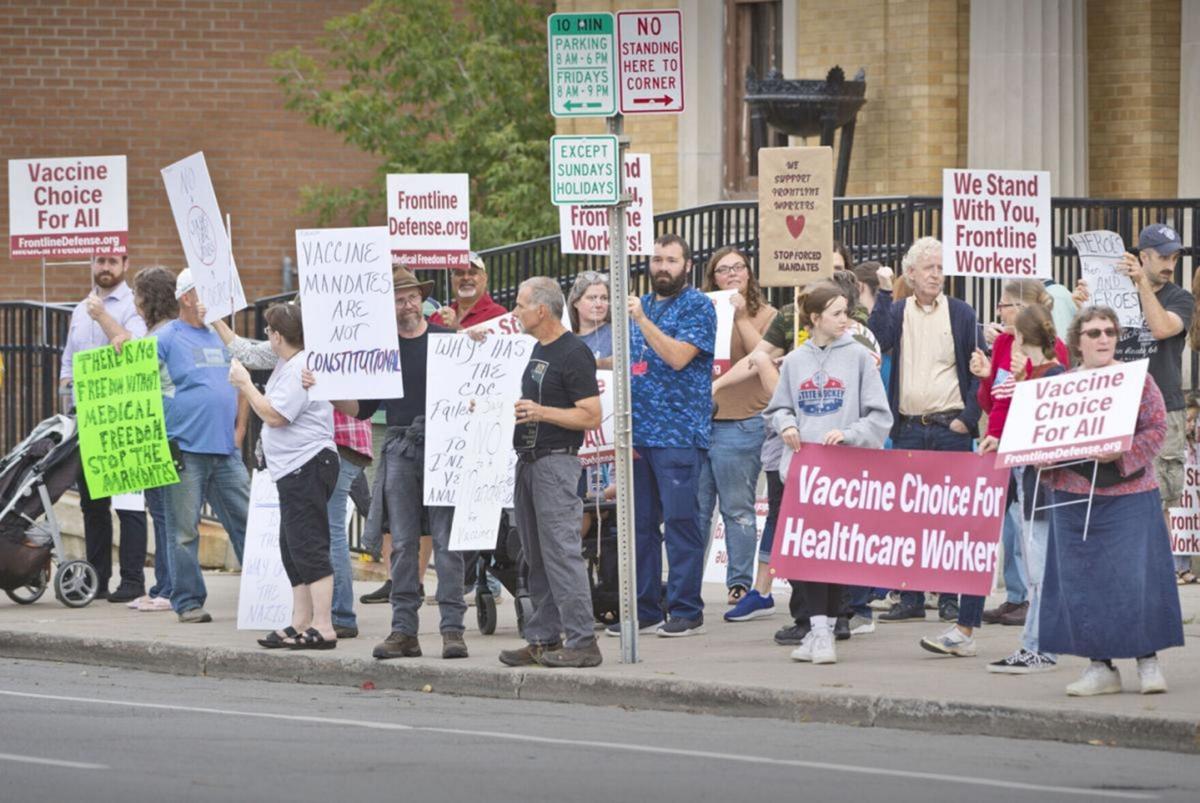 Our right to free speech and ‘to petition the government for a redress of grievances’ is protected by the Bill of Rights, ratified 230 years ago. Christopher Lenney/Watertown Daily Times

Our right to free speech and ‘to petition the government for a redress of grievances’ is protected by the Bill of Rights, ratified 230 years ago. Christopher Lenney/Watertown Daily Times

According to the supreme law of our land, the government must adhere to limitations when trying to intrude into private lives.

It must not interfere with people’s ability to express themselves or worship as they please. It cannot compel individuals to provide evidence against themselves in criminal proceedings. We are free to free to arm ourselves for our protection. The government is prohibited from depriving us of our liberties without due process.

When helping to draft the U.S. Constitution, James Madison was initially reluctant to add a list of specified rights that Americans possessed. If the document does not authorize the government to take a particular action, we must presume it has no authority to do so, he reasoned. But advocates of a Bill of Rights continued to press the matter, and Madison eventually saw the logic of this.

For Madison, the Constitution as amended would offer maximum protection for people to retain their property. But this doesn’t pertain merely to material possessions. In a March 29, 1792, essay in the National Gazette titled “Property,” Madison wrote:

“This term in its particular application means ‘that dominion which one man claims and exercises over the external things of the world in exclusion of every other individual.’ In its larger and juster meaning, it embraces everything to which a man may attach a value and have a right, and which leaves to everyone else the like advantage. In the former sense, a man’s land, or merchandize, or money is called his property. In the latter sense, a man has a property in his opinions and the free communication of them. He has a property of peculiar value in his religious opinions and in the profession and practice dictated by them. He has a property very dear to him in the safety and liberty of his person. He has an equal property in the free use of his faculties and free choice of the objects on which to employ them. In a word, as a man is said to have a right to his property, he may be equally said to have a property in his rights. Where an excess of power prevails, property of no sort is duly respected. No man is safe in his opinions, his person, his faculties or his possessions.”

Madison introduced the Bill of Rights to Congress on June 8, 1789. After debate, revision and passage by federal legislators, these amendments were sent to the states for approval.

Appropriately, Virginia provided the necessary votes to ratify the Bill of Rights. The amendments officially became part of the Constitution on Dec. 15, 1791. Wednesday marked the 230th anniversary of this occasion.

So how is the Bill of Rights faring after more than two centuries? Are we being sufficiently protected from government intrusion as spelled out by these 10 amendments?

Unfortunately in some cases, the answer to these questions is “No.”

Governmental entities have for decades confiscated private property under eminent domain and asset forfeitures. Let’s be honest: Many of these acts are pure theft.

The rights of those who own firearms have been diminished as well. Numerous individuals are justly concerned about gun violence. And the U.S. Supreme Court has ruled that reasonable gun control measures are legal.

But all too often, the push is to further limit everyone’s access to firearms rather than to understand the nature of violence and how to curb it. Wouldn’t that be a more effective approach?

Government authorities have waged a campaign to clamp down on whistleblowers. This has sometimes included them threatening to imprison journalists who refuse to reveal their sources. Trying to intimidate members of the press betrays the government’s contempt for the First Amendment and how it benefits all of us.

We cannot take our freedoms for granted. It’s up to us to defend the Bill of Rights, the foundation of our liberties, so it will continue protecting us for at least another 230 years.

The courts have the power to say what power the courts have. See the problem here? The problem is the intrusion of "common law" ie law invented by courts rather than legislatures. It ultimately comes from this: Amendment VII

In suits at common law, where the value in controversy shall exceed twenty dollars, the right of trial by jury shall be preserved, and no fact tried by a jury, shall be otherwise reexamined in any Court of the United States, than according to the rules of the common law.

But all too often, the push is to further limit everyone’s access to firearms rather than to understand the nature of violence and how to curb it. Wouldn’t that be a more effective approach?

that is kind of an incredible sentence. the u.s. is an unusually violent country within the developed world, especially if you focus attention on murder. what makes all those countries with much lower murder rates so much more effective at curbing violence? it so happens that they all have much stricter gun laws. what a coincidence.