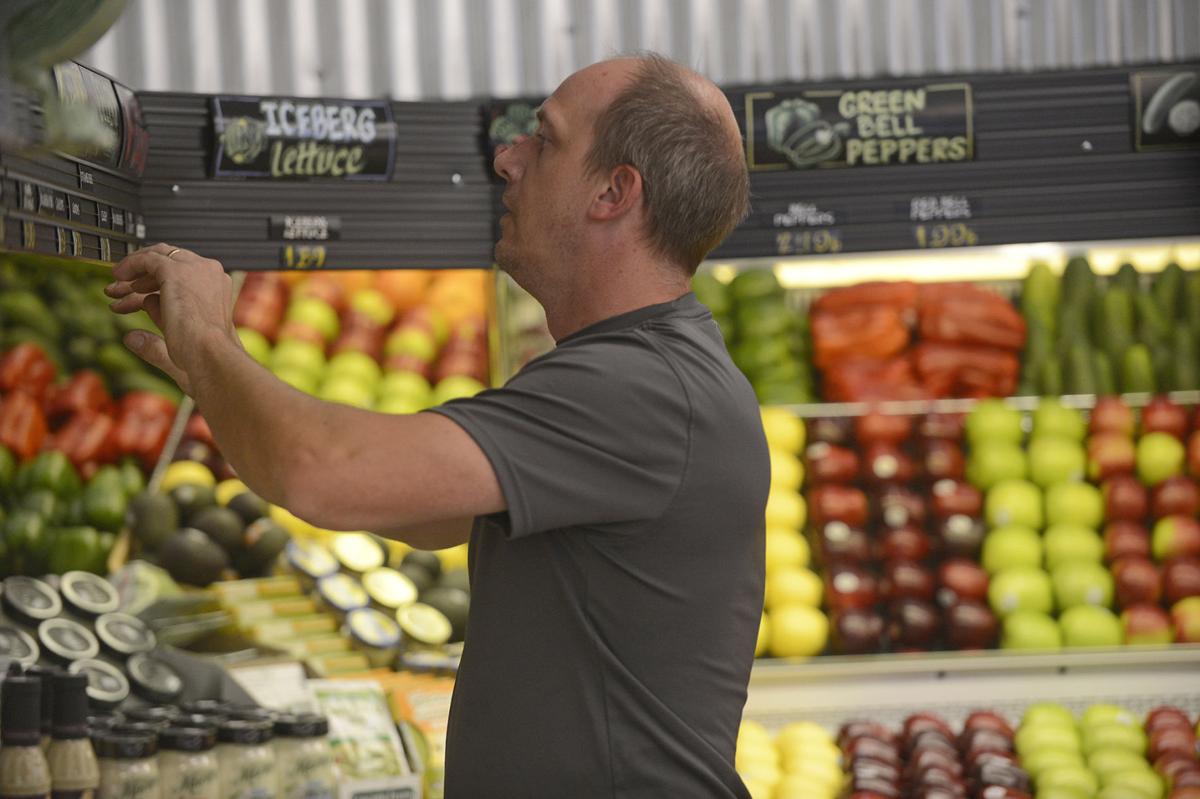 Randy Lockwood, one of the owners of the new Great American grocery store, announced last month that the family is closing its Star Lake and Watertown sites. Watertown Daily Times

People in Star Lake will be able to use buses through the St. Lawrence County Public Transportation division to travel to Harrisville in Lewis County to shop for groceries. Christopher Lenney/Watertown Daily Times

Randy Lockwood, one of the owners of the new Great American grocery store, announced last month that the family is closing its Star Lake and Watertown sites. Watertown Daily Times

People in Star Lake will be able to use buses through the St. Lawrence County Public Transportation division to travel to Harrisville in Lewis County to shop for groceries. Christopher Lenney/Watertown Daily Times

For customers in Watertown, discovering that they’ll lose the Great American supermarket is problematic.

Located on State Street just west of Rutland Street, it was a convenient site for people living east of the city’s downtown. Store owner L.K.B. Enterprises wrote in a Facebook post last month that it couldn’t keep up with the competition:

“We tried to be [an] integral part of our communities all these years, tried to help every non-profit organization that we could. But sadly our true mom and pop independent stores could not overcome the ever changing landscape of the grocery business, [its] expenses and extreme competition from the corporate giants. We want to thank each and every patron and loyal customers that have stuck by our side all of these years, and our loyal employees that have shed blood, sweat and tears right along with us in trying to make these stores work.”

Save a Lot is farther east on State Street in Watertown, about a mile from Great American. Tops in the Seaway Shopping Center is about 2 miles. The closure will inconvenience people who have trouble moving about the city.

For customers in Star Lake, however, the commute will be much greater. The company announced at the same time that it also was closing its store at the hamlet in St. Lawrence County. The next closest grocery store is 20 miles away.

“The only grocery store in Star Lake in southern St. Lawrence County is closing this month,” according to a story published Nov. 18 by North Country Public Radio. “According to a post on the Great American’s Facebook page, the store couldn’t overcome high expenses and what they describe as ‘extreme competition.’ Now the closest grocery store is about 20 miles away. For a long time, the small grocery store in Star Lake was an IGA, but it closed a few years ago. Then, the Great American moved in in 2016. Now, it’s closing, too.”

WWNY TV/7 News reported Nov. 7 that the “St. Lawrence County Industrial Development Agency put together a loan package to open the store in 2016 and again two years later. … Great American Food Stores owes $345,000 on those loans. Owner Randall Lockwood says he wants to pay it back. He’s working on options — ranging from selling the store to reorganizing. But nothing has panned out yet.”

Chuck’s Market in Harrisville, located in neighboring Lewis County, is now the closest grocery option for Star Lake customers. This lack of shopping alternatives creates what is known as a food desert.

Fortunately, members of the St. Lawrence County Public Transportation division have arranged for buses to pick people up in Star Lake and take them to Harrisville on Mondays and Fridays. Other routes throughout the week make stops at stores in other St. Lawrence County sites such as Canton and Potsdam.

Frank Doldo, mobility manager for St. Lawrence County, was one of the people to help make the additional bus routes available.

“Seniors were having a really hard time trying to figure out how they were going to get access to groceries,” he told NCPR in a Dec. 17 story.

While it’s sad to see Great American close these two stores, we’re pleased that Star Lake residents have an option for shopping. Representatives of St. Lawrence County responded appropriately to the situation, which is an example of good government. We hope conditions improve in the near future for a new grocery outlet to open in Star Lake and thrive — because the people there need it.

Rooselveltown used to be a town, Kalurah used to be a town. With capitalism there are winners and losers. Since Star Lake is very conservative they should see this as a celebration of capitalism. Just kidding most of Star Lake votes Republican and is on food stamps. They should buy some bootstraps and then pull themselves up with them!

And increases in costs .... like taxes, paid family leave, energy and wages EVERY YEAR FOR FIVE STRAIGHT YEARS based on STATE MANDATED MINIMUM WAGE INCREASES is a function of the “market place”? Nice try trying to lay it back on the right with your “just suck it up” argument. Problem with it is that it ignores the problems the LEFT keeps piling on small communities as collateral damage from costs and regulations it lays on to procure votes in more populated areas .....

If you're in an inaccessible place like that you have a captive audience, and can probably raise prices. If your competition is so hard to get to it will take a lot for people to go the extra mile to save the difference. And that way you stay in business and keep serving the community. If you feel bad about it, give your employees a bonus and that should assuage your conscience.