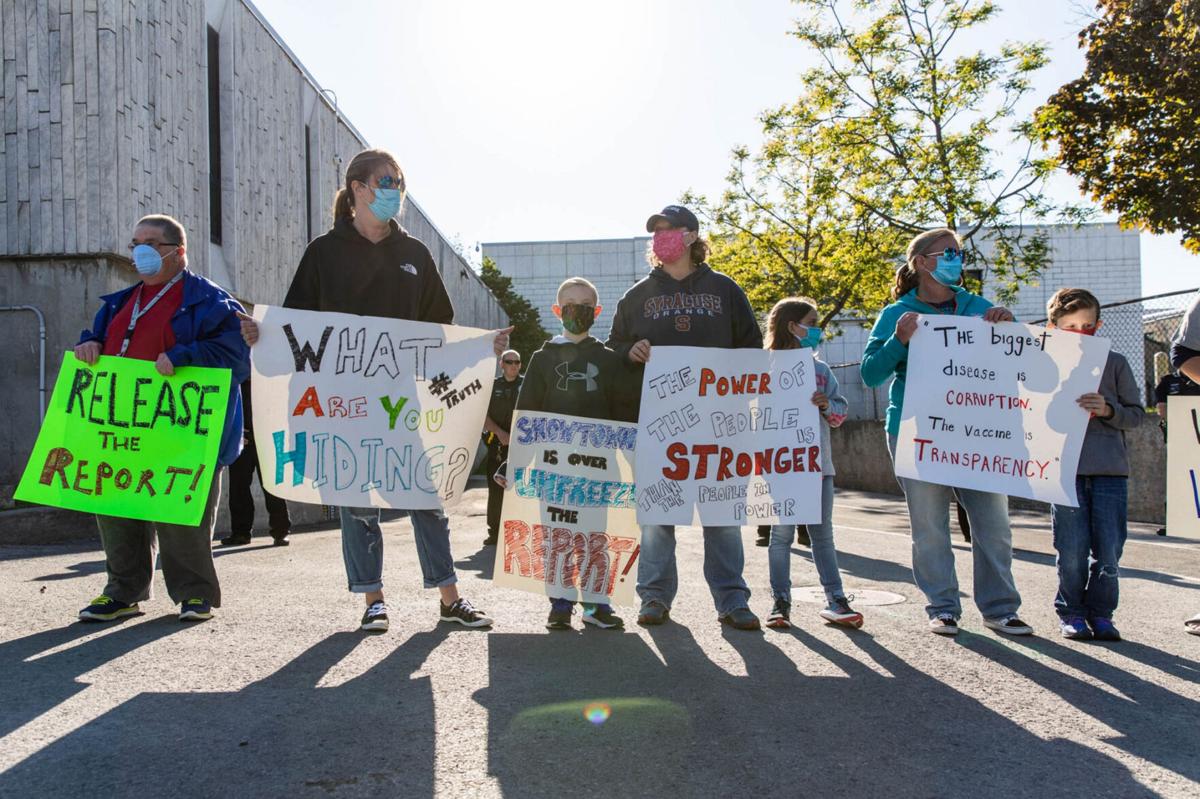 Demonstrators hold signs in the back parking lot of Watertown City Hall on June 1. They demanded the city release a report it had done on Richard M. Finn when he served as city manager. Sydney Schaefer/Watertown Daily Times 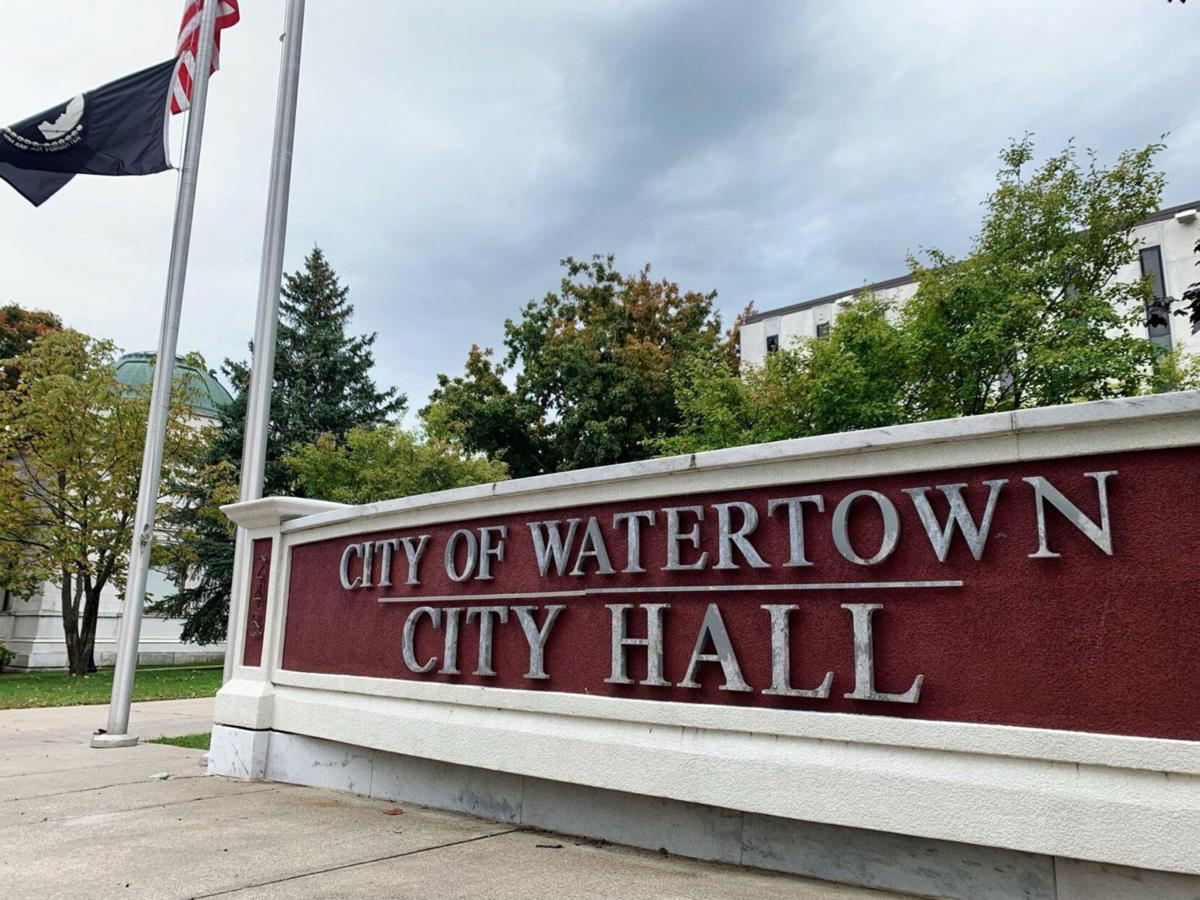 Demonstrators hold signs in the back parking lot of Watertown City Hall on June 1. They demanded the city release a report it had done on Richard M. Finn when he served as city manager. Sydney Schaefer/Watertown Daily Times

It’s generally accepted that if you provoke someone into spending money to correct a wrong you committed, you should compensate them if you lose in court.

Watertown officials tried last year to keep a report on former City Manager Richard M. Finn from being viewed by the public. The Watertown Daily Times and WWNY-TV/7 News filed requests under the state Freedom of Information Law to look over the document, but the city denied both.

To its credit, WWNY filed a lawsuit against the city to gain access to the report. This past summer, state Supreme Court Judge James M. McClusky ruled in favor of WWNY’s argument that the report’s contents deserved to be made public.

Watertown officials then asked if they could redact the names of witnesses from the report before making turning it over. Judge McClusky approved this measure, and the document was finally released.

In his initial ruling, Judge McClusky also ordered the city to pay WWNY’s legal fees. However, officials don’t want to do so.

So Gray Media Group, which owns WWNY, filed action last week in state Supreme Court to recover its costs. These totaled about $120,000.

It’s undoubtedly frustrating for WWNY to have to take such a measure. The city was ordered by a judge to pay the news station’s legal fees, and Watertown refused to comply. City Manager Kenneth A. Mix said Wednesday the city will file an appeal with the state Appellate Division, Fourth Judicial Department in Rochester to make its case that it shouldn’t pay WWNY’s legal fees.

The city was wrong to have allowed the issue of the report on Mr. Finn to reach this point. It was obvious that what the report said was of interest to Watertown residents, so officials should have worked with news organizations on ways to reveal the report’s contents without disclosing confidential information. If they had approached the matter from this perspective, WWNY wouldn’t have needed to file a lawsuit against and would have no legal fees for the city to pay.

Former Parks and Recreation Superintendent Erin E. Gardner filed a complaint against Mr. Finn in 2019. She accused him of creating a hostile workplace.

The city hired Public Sector HR Consultants in Glenville to investigate the complaint; the firm submitted its report a year ago. After meeting in executive session with the City Council, Mr. Finn resigned shortly thereafter. City Council members declared that Mr. Finn’s behavior did not rise to the level of creating a hostile workplace but that “other concerns and issues arose during the investigation, which are of concern to both Mr. Finn and the City Council.”

Judge McClusky recognized how important it would be for residents to understand what these “other concerns and issues” were, so he wisely came down on the side of transparency. Had city officials sought to find a solution to the situation rather than merely try to hide the report, legal action would not have been warranted.

The city should abandon its plan to object to WWNY’s request for compensation. This will only increase legal costs for everyone involved, and Watertown will very likely lose its case. So the city is ensuring it will need to spend more money to settle the issue.

If Watertown proceeds with its objection, the appellate court must uphold Judge McClusky’s order. This should serve as an example to municipal governments that they can’t ignore the public’s right to access vital information. City officials foolishly put their own interests before that of their constituents, and they need to compensate WWNY for their error.

It was not unreasonable to withhold the report until ordered otherwise. It was the duty of the city to those in the report. Anything in an executive session is supposed to be private, that's what "executive session" means. The city had to keep its promise until it could be absolved of responsibility for its actions by the court order. That's not unreasonable, it's the city doing its duty. News organizations have a different duty and there's nothing wrong with their wanting the full story on behalf of the public, but they have to use their own resources to get it.

That’s a public office they hold not a “private” one. Come on man, haven’t you heard of Freedom of Information’?