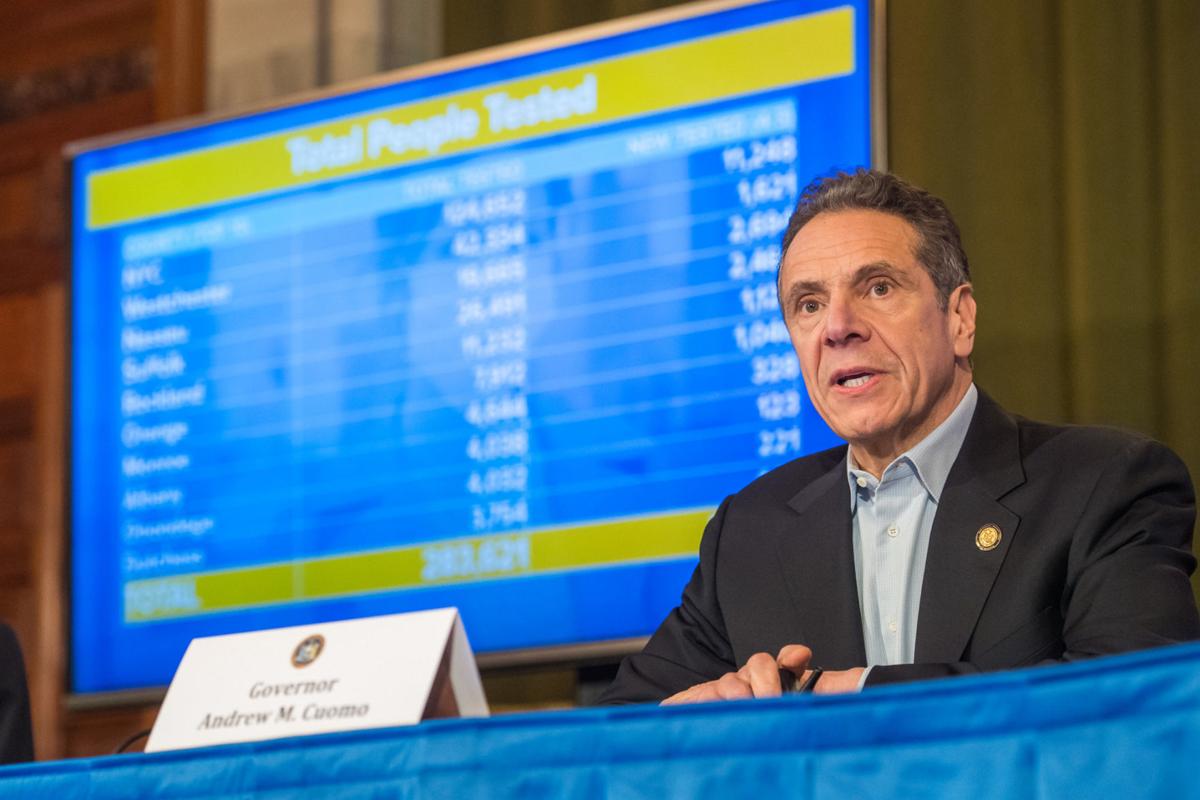 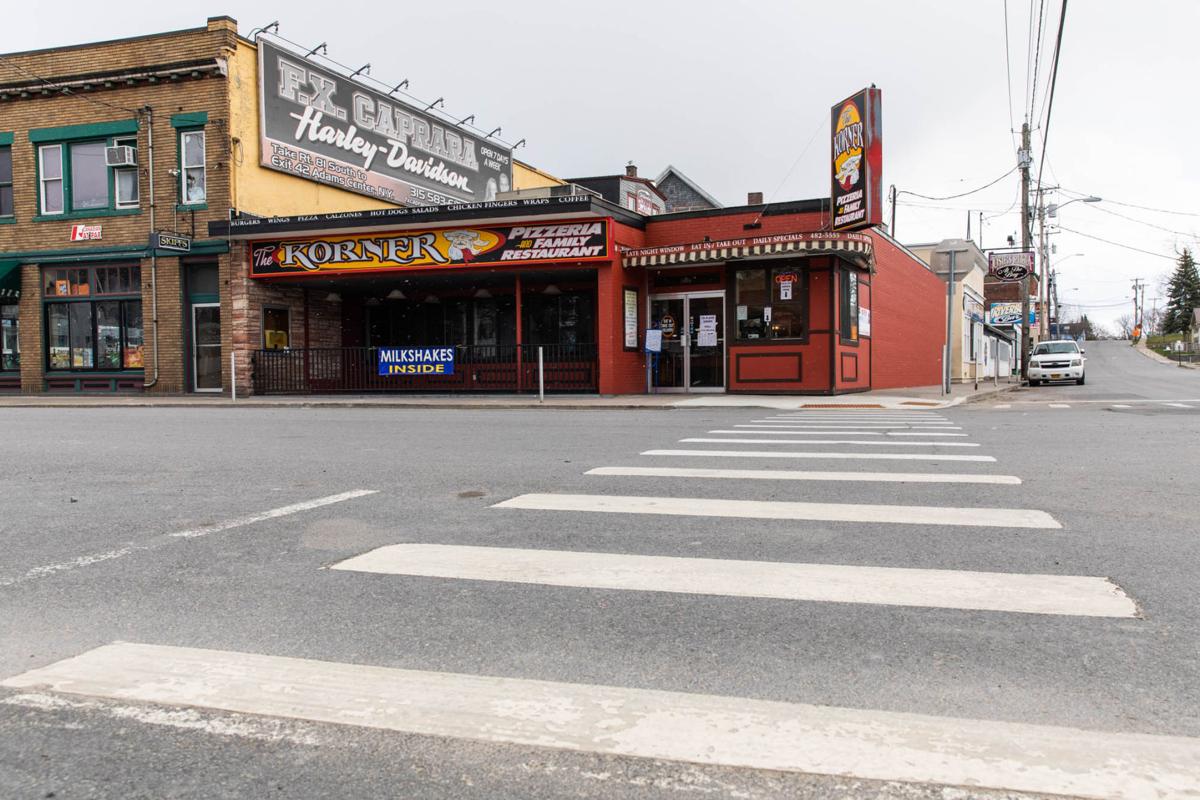 During a news briefing Tuesday in Syracuse, Gov. Andrew M. Cuomo presented guidelines for reviving the economies of the different areas of the state.

“Each region of the state — the Capital Region, Central New York, Finger Lakes, Mid-Hudson Valley, Mohawk Valley, New York City, North Country, Long Island, Southern Tier and Western New York — must follow guidelines from Gov. Cuomo’s office as part of each region’s reopening plan,” according to a story published Wednesday by the Watertown Daily Times. “A region is in danger of a renewed COVID-19 outbreak if area hospitals exceed 70 percent capacity or the virus transmission rate is 1.1 or higher, which means one person with COVID-19 is infecting about 1.1, or greater than one, other person, Gov. Cuomo said. New York is working to reopen by region without increasing the state’s infection rate or overwhelming the hospital system, Gov. Cuomo said.

“The state will follow Centers for Disease Control and Prevention guidance for a region to begin a phased reopening after a 14-day decline in COVID-19 hospitalizations. Construction and manufacturing industries will be the first to reopen,” the article reported. “Officials are determining which low-risk businesses can open in the second phase and other, future phases to be implemented on a two-week basis. No businesses or attractions can open that would draw hundreds of people to a region. Businesses must come up with new protocols to maintain social distancing and reduce density before reopening and regions must develop a testing regimen and tracing system to prioritize testing symptomatic people and essential workers. The state will require at least 30 contract tracers for every 100,000 people in a region before it can reopen. … Each region must have plans to have rooms or provide other isolation facilities for people who test positive for COVID-19 and cannot self-isolate at home. Regions must appoint an institution to monitor hospital capacity, infection rate, personal protective equipment usage before reopening.”

This plan is welcome news to businesses and their employees who want to get back to work. The guidelines lay out goals that each region must achieve before restrictions limiting commercial activity will be loosened.

We commend Mr. Cuomo for putting this measure into motion. We also concur with his decision to name Jefferson Community College President Ty A. Stone to represent the north country as a member of his New York Forward Re-Opening Advisory Board.

While this is a positive development, the governor must focus on resolving the numerous problems people are having filing for unemployed insurance. Many have been trying for weeks to make a claim, all to no avail.

An April 25 article in the Times documented the trouble that 21 self-employed hair stylists, massage therapists and nail technicians at A New Attitude Salon and Spa in Watertown have had in registering their claims. Their shop closed March 21, but none of them has been able to collect any money. Lynne Meyer-Johnson called the state Department of Labor 664 times in one day with no success.

A story published Wednesday in the Post-Standard in Syracuse reported similar problems. Chris Jones of Syracuse, who lost his job as a dishwasher at Kitty Hoynes on March 17, hasn’t received any income in more than a month. He told the Post-Standard that he and his three children are rationing whatever food they have remaining.

On April 22, Mr. Cuomo made a demeaning comment about those who’ve protested against his stay-at-home order. He became testy with Anne McCloy, a reporter with WRGB-TV-CBS 6 in Albany, who pressed him on all the people who have no source of income.

We understand that Mr. Cuomo is confronting the worst crisis of his time in office. Containing the spread of the novel coronavirus is critical to ensuring the well-being of all New Yorkers.

But this doesn’t give him license to mock individuals who have lost their jobs and health care plans because of his directives. If they cannot work, they are entitled to payments through the unemployment insurance system to which they and their employers contribute.

Far too many people have been waiting weeks for some income. How are they supposed to feed their families and pay their bills with no money coming in?

Mr. Cuomo should redirect some state workers to handle claims by people calling the Department of Labor. This problem must be fixed immediately, which requires the governor’s attention. We appreciate that he is dealing with a tragedy, but he must not ignore another one in the making.

They would have backed Hitler, no doubt about it!

Why is suggesting that an unemployed person look for a job such a terrible idea? I was on unemployment once many years ago, and I was required to look for work. If I couldn't demonstrate where I had looked for work, I would have lost eligibility for unemployment benefits.

How much criticism has been leveled at the orange one?

Good Article. New York has to borrow money from the federal government to pay its state unemployment benefits after more than a million newly jobless residents filed claims. This is what happens when a governor puts a state $11 billion dollars in debt and then wants the federal government to bail them out. Shuttering the entire state economy doesn’t help either. Hmmm, who would have predicted that?

Reminiscent of the Gray's Flower Shop stance on workers, isn't it?

It would be nice if we had a REAL newspaper,instead of this mullet wrapper written by fools

The "editors" of this publication never pass up a chance to Cuomo bash.

They present a format that is tailored to the lowest common denominator of resident here == more often than not, a person that does not spend any time actually reading.

What comes from the editorial board is a herd-voice. Intolerance, agitation, exasperation, irritability and disdain are always present in things-Cuomo. Surely it makes for a lively editorial board meeting but the effect on Cuomo is he rolls his eyes.

All that irritable energy for naught.

Who’s forcing you to read it?