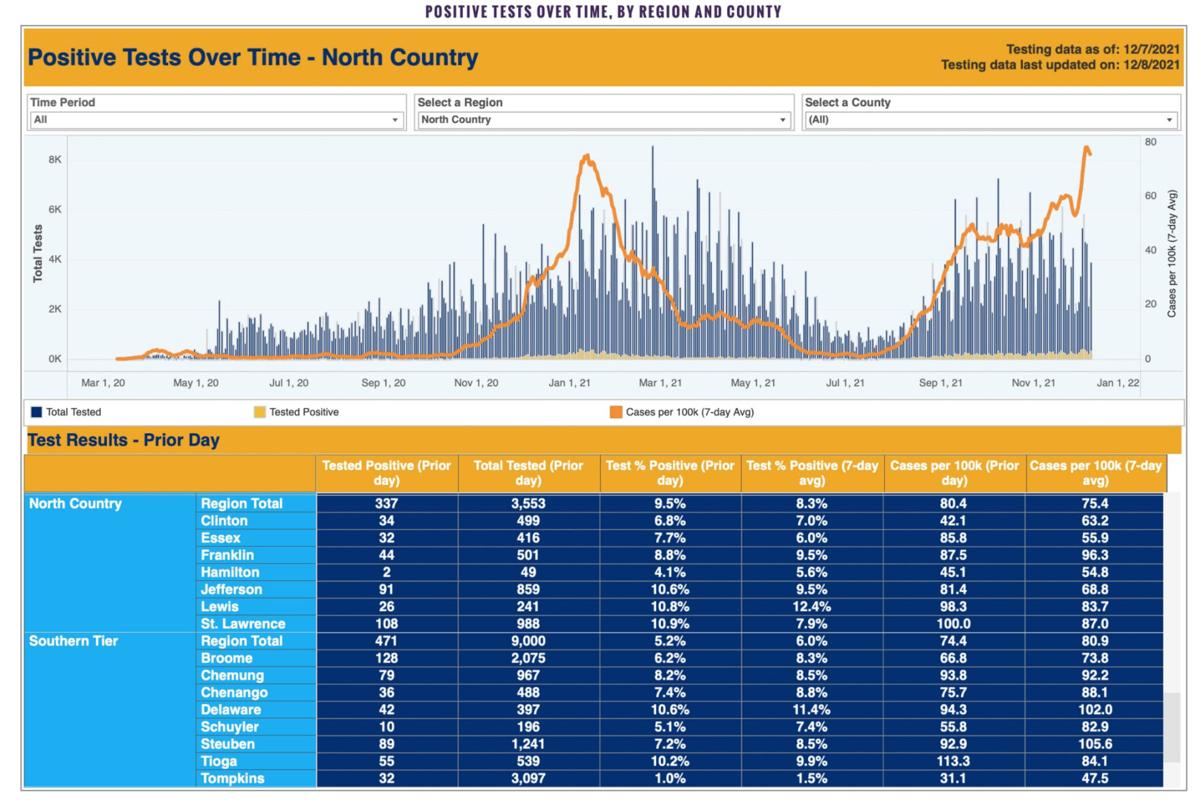 This graphic shows the novel coronavirus positivity rates for counties in the north country region. Screenshot 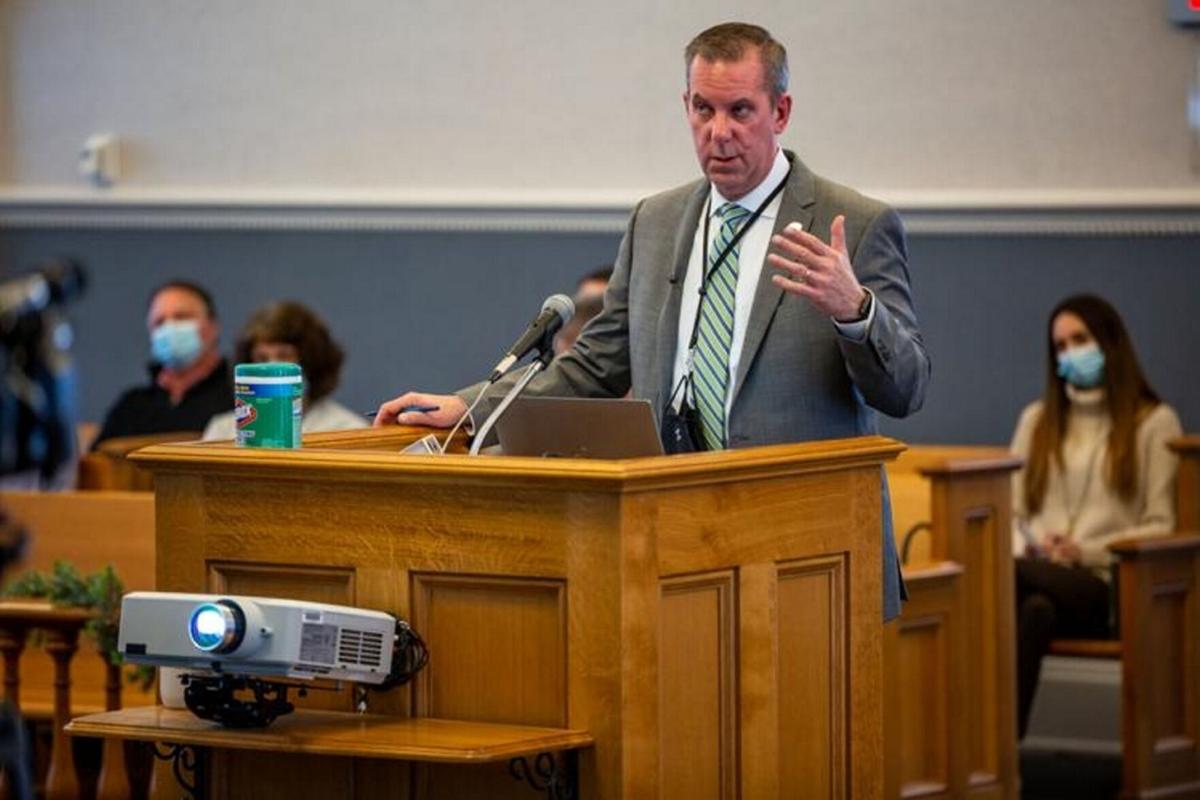 Alongside Jefferson County Public Health Service officials and hospital leaders, County Board of Legislators Chairman Scott A. Gray participates in a news conference Wednesday at the Historical Courthouse on Arsenal Street in Watertown to declare a state of emergency. Kara Dry/Watertown Daily Times

This graphic shows the novel coronavirus positivity rates for counties in the north country region. Screenshot

Alongside Jefferson County Public Health Service officials and hospital leaders, County Board of Legislators Chairman Scott A. Gray participates in a news conference Wednesday at the Historical Courthouse on Arsenal Street in Watertown to declare a state of emergency. Kara Dry/Watertown Daily Times

Hospitals throughout Northern New York are being pushed to their limits with people sick from COVID-19, prompting local governments to take action.

Six of the seven counties in the north country — Clinton, Essex, Franklin, Jefferson, Lewis and St. Lawrence — have declared states of emergency. Hamilton County officials said they intended to do so.

Gov. Kathy Hochul signed an executive order last month to halt elective surgeries at hospitals with a capacity of no more than 10%. As of Monday, 32 hospitals statewide made this list. The order went into effect Thursday.

Many hospitals are close to being filled because novel coronavirus infection rates have soared recently. According to a story published Wednesday by the Watertown Daily Times, Jefferson County has seen alarming statistics. County authorities held a news conference this week to discuss the reasons they declared a state of emergency.

“Public health officials at Wednesday’s [news] conference said the entire north country region is seeing an unprecedented spread of COVID-19 in the community,” the article reported. “Of all cases ever recorded in Jefferson County, 43% came in over the last three months, since Sept. 1. Cases increased by more than 300% between August and September, then rose by 30% from September to October and again by 31% between October and November. Officials said there’s nothing indicating the rate has slowed, and they expect about a 30% increase in positive cases between November and December.”

The north country has the fourth-highest positivity rate (8.3%) over a seven-day period as of Tuesday of all New York regions, according to data from the state. It follows the Western New York (10.7%), Finger Lakes (9.6%) and Mohawk Valley (8.4%) regions; the statewide rate is 4.8%.

In addition, other state data demonstrate that the north country has one of the lowest vaccination rates in New York (information from the state does not include figures from Fort Drum or the federal Bureau of Prisons). The rate of residents ages 18 and older in the north country who have received at least one dose of the vaccine is 72.6%. Only the Mohawk Valley (70.3%) and Southern Tier (70.6%) regions are lower; the statewide number is 86.5%.

These are alarming statistics, and it’s become a grave situation. The point of the lockdown measures last year was to get a handle on the spread of the virus and reduce the rate of infection. Most parts of New York succeeded in this, but some regions have taken a downward turn.

This is tragic because people are becoming seriously ill and dying. Everyone eligible should get vaccinated or receive a booster and adhere to safety protocols. For your sake and the well-being of those around you, please follow these measures so we can once again gain control of this pandemic.

If it needs to be said, the point is that it takes more staff to care for patients when the hospital is at 90% capacity compared to when it is at 50% capacity. Look at how overwhelmed so many hospitals were since the pandemic began when they were far over capacity.

Many hospitals are close to being filled because novel coronavirus infection rates have soared recently.

Very nice editorial. I applaud the effort to get folks to see the light. It’s the season for seeing the light. 🌟

It makes me feel better about my home county, Washington. Our vaxx rate is pretty crappy, too. And it’s showing. I know it’s not going to happen, but it’d be interesting to see political affiliations of those dying from Covid in addition to their vaccination status. Washington County is mildly Trumpy. Obviously, the counties upstate are more seriously Trumpy. It’s amazing that you can tie a direct correlation between how much Trump won or lost an area by and the vaccination rate.

Is it that these folks feel some sort of loyalty and are expressing it by exposing themselves to a deadly virus? No idea, but there certainly seems to be a connection, no?

In peril because of Hochul’s mandates that have created a staffing shortage. Self inflicted.