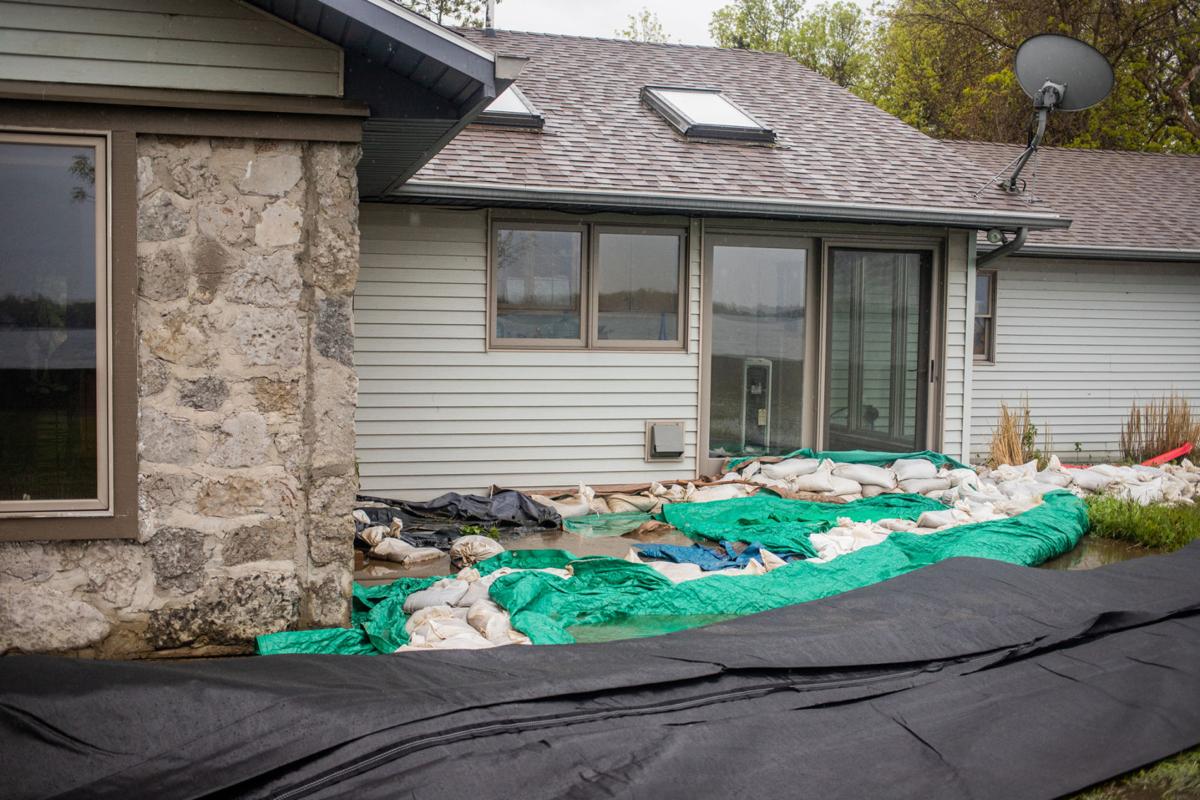 Sand bags and an Aquadam surround a home on Sawyers Bay in response to flooding along Lake Ontario in the town of Henderson in June. Watertown Daily Times 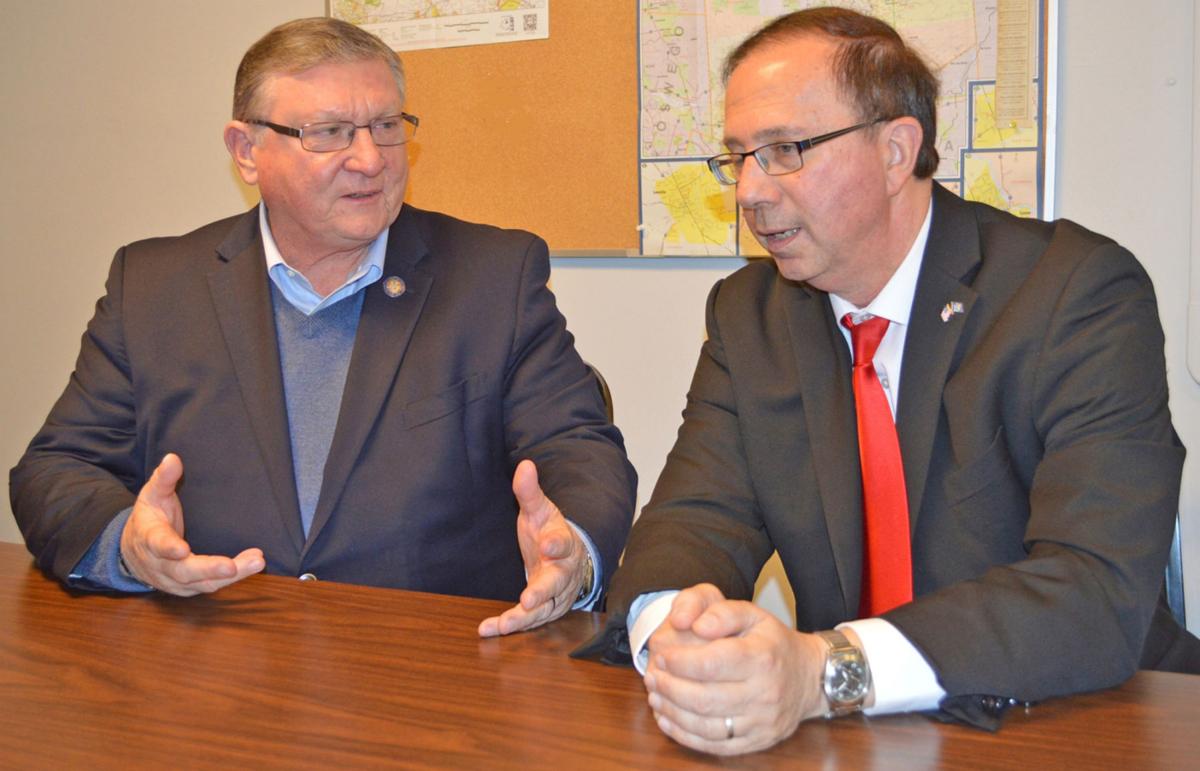 Sand bags and an Aquadam surround a home on Sawyers Bay in response to flooding along Lake Ontario in the town of Henderson in June. Watertown Daily Times

This certainly isn’t the most conservative idea that’s been proposed in Albany.

In fact, it appears to be the antithesis of a political party built upon the concept of limited government. So it’s peculiar that it would be embraced by a Republican.

State Sen. Joseph A. Griffo, R-Rome, introduced a bill Dec. 10 establishing a buyout program for severely flooded homes. It would enable local governments to purchase residences damaged this year by the historically high water levels along Lake Ontario and the St. Lawrence River.

The legislation would make bonding available to municipalities through the state Urban Development Corporation. Water-damaged homes would be bought at what the fair market value was before the flooding. Local governments could then declare designated areas as floodplains and create open spaces there.

In a news release issued by Mr. Griffo’s office, the following rationale was offered for the proposed legislation:

“Throughout New York state, especially the Mohawk Valley, Southern Tier and along the shores of Lake Ontario and the St. Lawrence River, there has been a persistent, pervasive and destructive pattern of flooding. The floods that these regions are experiencing are exacting a devastating toll on residents who are unfortunate enough to find themselves in the path of these dangerous waters. Many residents find themselves unable to sell their homes due to persistent flooding and a local housing market — solely impacted by the flooding — that forces residents to sell their homes at low prices. This renders a sale ineffective due to the sale price being so low that it leaves the seller with nothing to purchase a new home.”

Wow! If area conditions render your home unsellable, it should be your local government’s obligation to take it off your hands — at what the fair market value of the home was before the problem occurred. This sets quite a precedent.

Has crime increased substantially in your neighborhood? And if so, does this make your residence less desirable on the open market just because some people don’t want to live next door to a meth lab?

Are there more zombie properties on your block than there used to be due to the lousy economy in the north country? Is this impairing your chances of selling your home at a decent price given that more individuals are leaving this region than moving in?

No one wants to downplay the seriousness of the flooding that took place this past year. It devastated numerous business and residential properties. The state came through with tens of millions of dollars in funding so that people could begin to recover from this disaster.

However, compensating homeowners for property they can’t sell isn’t the government’s job. We hope a few of Mr. Griffo’s colleagues in the GOP remind him of the value of personal responsibility.

When you buy residences that are very close to massive bodies of water, you can expect flooding from time to time. And for many of these property owners, the damaged structures serve as vacation sites. Mr. Griffo will have a difficult time persuading others in the state Capitol that they need to hold a tag day for well-to-do residents who can afford secondary homes in prime areas.

The proposed legislation also would make municipalities liable for razing these residences and managing the open spaces created. Municipalities would lose future revenue because many parcels of land would be permanently removed from the property tax rolls.

This is an absurd bill that could open the floodgates (so to speak) of calls from people facing problems selling their homes due to any number of unfortunate circumstances. Water levels will eventually recede, and the focus should be to restore these areas as much as possible and once again increase property values — factors that have made these homes in the affected communities so desirable to seasonal dwellers.

Republican small government in action! Let's have the government buy prime waterfront real-estate from people who should buy flood insurance. Remember when Mr. Griffo wanted a law to stop people from driving too slow in the fast lane? Also Republican small government in action! Remember Trump says he can pardon himself, Republicans voted for him in record number, and they say they love the Constitution. I am really starting to think this has to be a large comedy routine, nobody could be this hypocritical.

I have to admit this sounds more like your typical liberal democrat. I see you blame Trump, his voters but you forgot to blame the NRA. What they have to do with this is beyond me..

It sounds like what Fox News tricks simple minded people into thinking liberals are. Sorry if pointing out Conservatives At every level are hypocrites on every issue triggers you. Plattsburgh’s Republican assemblyman Chris Ortloff just got out of prison, maybe you two should can get together, I’d bet you have a lot in common.

I know some people who had homes on the water, and they weren't rich people for whom it was a vacation house, they were retirees for whom it was a dream home, a place for the rest of their lives. They don't care about market value because they don't want to sell they want to live there.