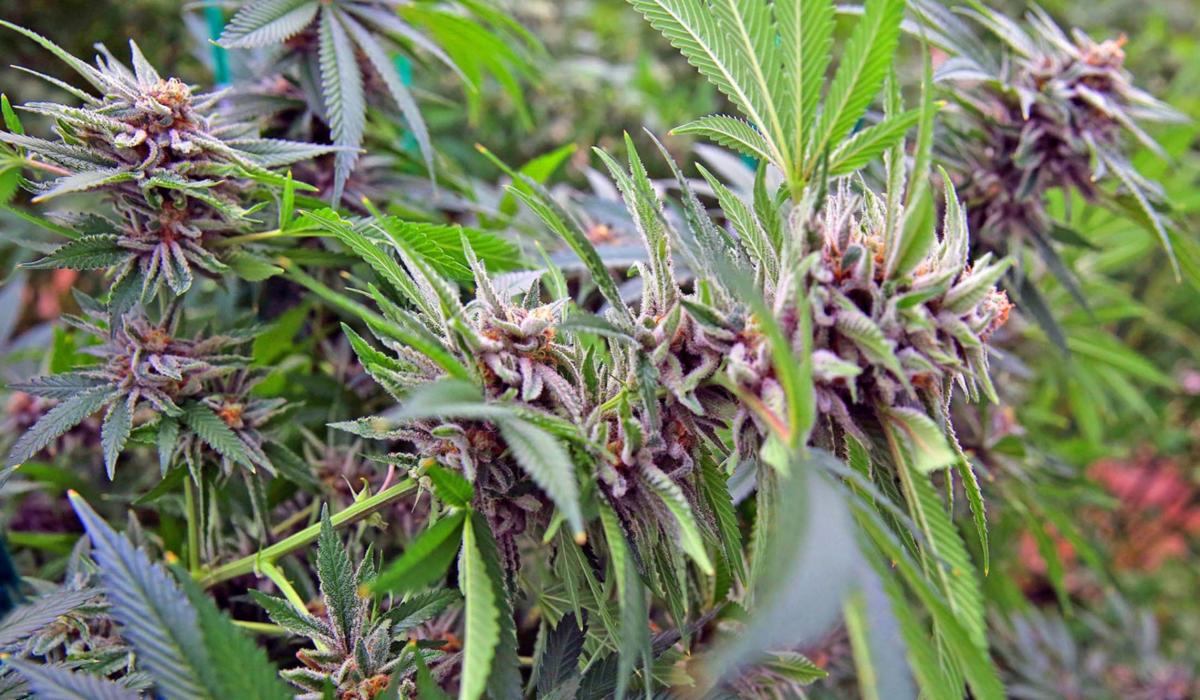 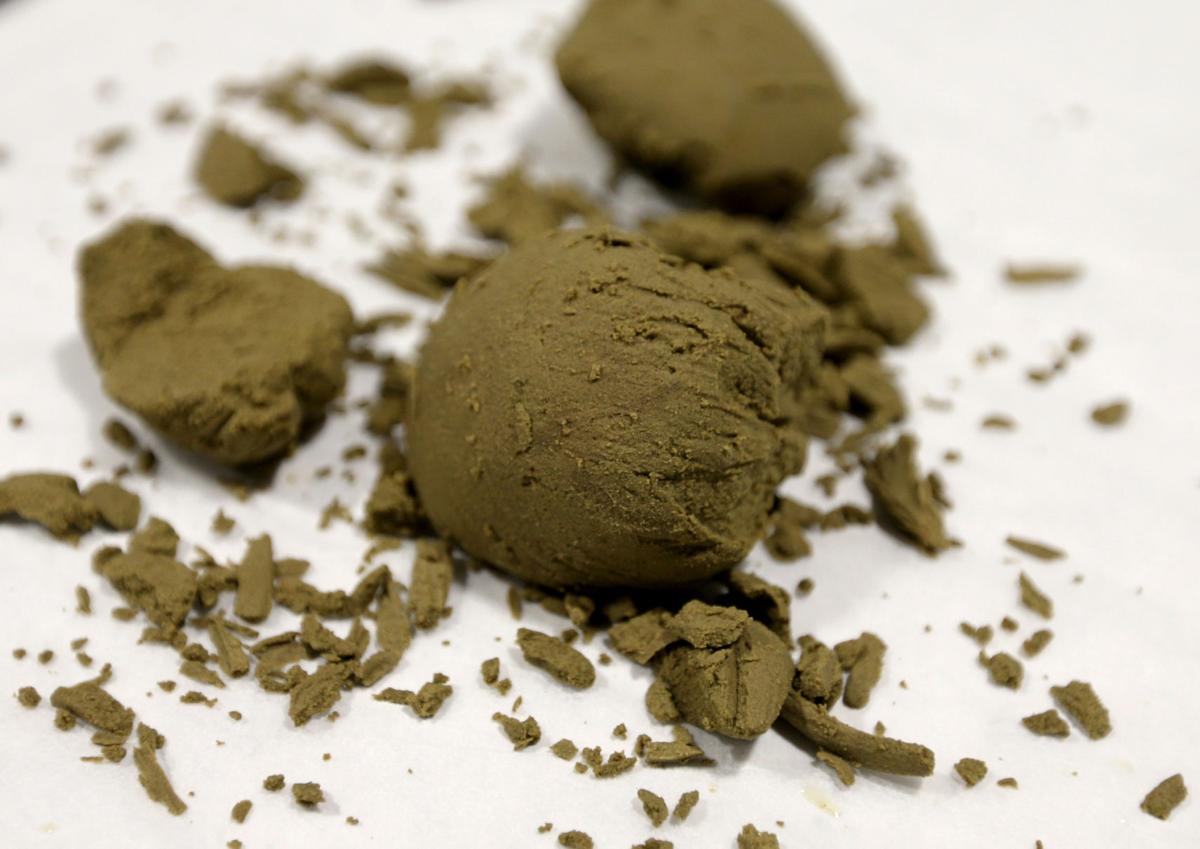 Cannabis extract can be used in a variety of products, which are made available to patients to use for medicinal purposes. Anda Chu/Bay Area News Group/Tribune News Service

Cannabis extract can be used in a variety of products, which are made available to patients to use for medicinal purposes. Anda Chu/Bay Area News Group/Tribune News Service

Members of the Saint Regis Mohawk Tribe in Akwesasne went to the polls last month to express their views on authorizing the use of medical cannabis and recreational marijuana.

And the results were overwhelming. Voters approved legalizing medical cannabis now by 86 percent (175-29) and moving toward eventually permitting recreational marijuana by 76 percent (155-49). The referendum was held Dec. 14, and the totals were certified Dec. 23 by the tribal Election Board.

“The Saint Regis Mohawk Tribe joins tribes around the country pursuing the benefits of medicinal [cannabis] and the possible economic gains that come with legalizing [marijuana] for recreational use,” according to a story published Dec. 23 by the Watertown Daily Times. “Historically, U.S. government officials have made clear they will not impede on the decisions of states and sovereign tribes, though those waters have become slightly murky to wade in since President Donald Trump began rolling back policies in place under the previous administration.

“Voters were provided five business days to appeal the results of the referendum,” the article reported. “None were submitted, and the tribe is moving forward with implementing the medical [cannabis] ordinance and pursuing marijuana legalization subject to future regulations.”

More than a year ago, Canada legalized recreational marijuana. The recent vote in Akwesasne to set the stage for this to occur there will put more pressure on the New York Legislature to do the same.

Legislators voted to permit the use of medical cannabis here in 2014. State officials worked diligently to draft a set of regulations that would enhance the benefits of using the drug for medicinal purposes while minimizing the potential for harm.

Gov. Andrew M. Cuomo proposed in late 2018 legalizing the recreational use of marijuana. But lawmakers failed to work out all the details needed to pass such a measure. This past fall, Mr. Cuomo said he would introduce legislation to authorize it this year.

“Gov. Andrew M. Cuomo will unveil by January a plan to legalize the recreational use of marijuana — a blueprint he then intends to include in next year’s state budget negotiations,” according to a story published Sept. 25 by the Times Union in Albany. “Cuomo will develop the plan after meeting with leaders from nearby states to devise a ‘common framework’ for marijuana laws, including minimum ages or permitted THC content. He plans to unveil the proposal during the annual State of the State address, he said in an interview on WAMC.”

When the Saint Regis Mohawk Tribe enacts recreational marijuana, New York will be bordered by two sovereign nations that allow the practice. For state legislators to sit on the sidelines and allow Canada and Akwesasne to reap all the benefits would be foolish.

We understand the need for caution in drafting legislation for recreational marijuana. Policymakers must review this issue carefully.

However, recreational marijuana has gained momentum in good portions of the country. Prohibition simply isn’t working — particularly when neighboring states are giving it the green light. So governments are finding it more practical to legalize it with effective regulations.

New York should follow suit this year. Facing a $6.1 billion budget deficit, capturing the tax revenue from recreational marijuana would be like manna from heaven. State lawmakers need to work out a sensible plan and pass a bill in the coming legislative session.

People who are impaired can be dangerous to others, regardless of the drug used. Protecting them from themselves isn't worth it for the rest of us, but there are externalities and they should definitely be priced in. And yes, that's collectivizing. One individual may not smoke and drive or other activity the rest of us wind up paying for, but We have a right to regulate things on calculation of the average impact. The argument that We can't impose blanket restrictions until each given individual has harmed somebody is ridiculous.

The risks still outweigh any use of marijuana. The only reason for the State to be your 'legal drug dealer' is so they profit from it not some illegal drug dealer. It's all about the tax revenue not the so called "nanny republicans"....

it is actually ~99% about "nanny state republicans" and ~1% about tax revenue.

in any public policy debate, it is worth considering the broad societal benefits and drawbacks. in the case of marijuana, the benefits to personal freedom far outweigh the drawbacks.

Now you sound like a "ninny Republican". I guess you want illegal drug dealers. Sounds like you are "soft on crime". Or maybe just a nitwit.

What are those risks, my nanny-state loving friend? You apparently know what is best for others, and want that enforced by law. Maybe you should have a nice beer while you think about it, alcohol is definitively linked to seven kinds of cancer.

Marijuana was made illegal at the end of prohibition as a welfare program for police, as they were worried about losing funding since they no longer chasing bootleggers. The incredibly racist Harry Anslinger pushed for making marijuana illegal since it was mainly used by black people and Mexicans at that time. Certainly marijuana is less harmful than alcohol and legalized gambling. Remember it is our “small government Republican” friends who are desperate to keep the nanny state laws surrounding pot.

Have you noticed you are washing your hands more frequently?