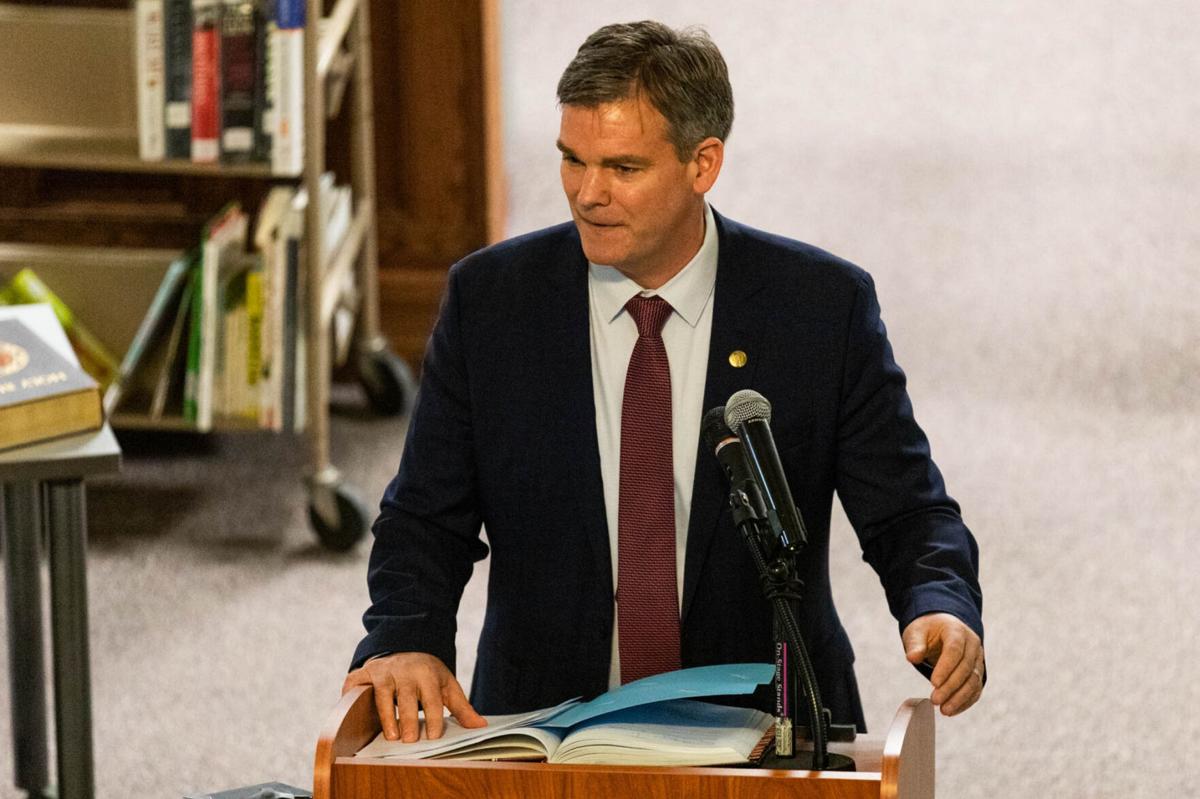 Watertown Mayor Jeffrey M. Smith succeeded in having local state legislators pass a home rule bill that, if signed into law, would nullify the need for the city to construct a second courtroom. Sydney Schaefer/Watertown Daily Times 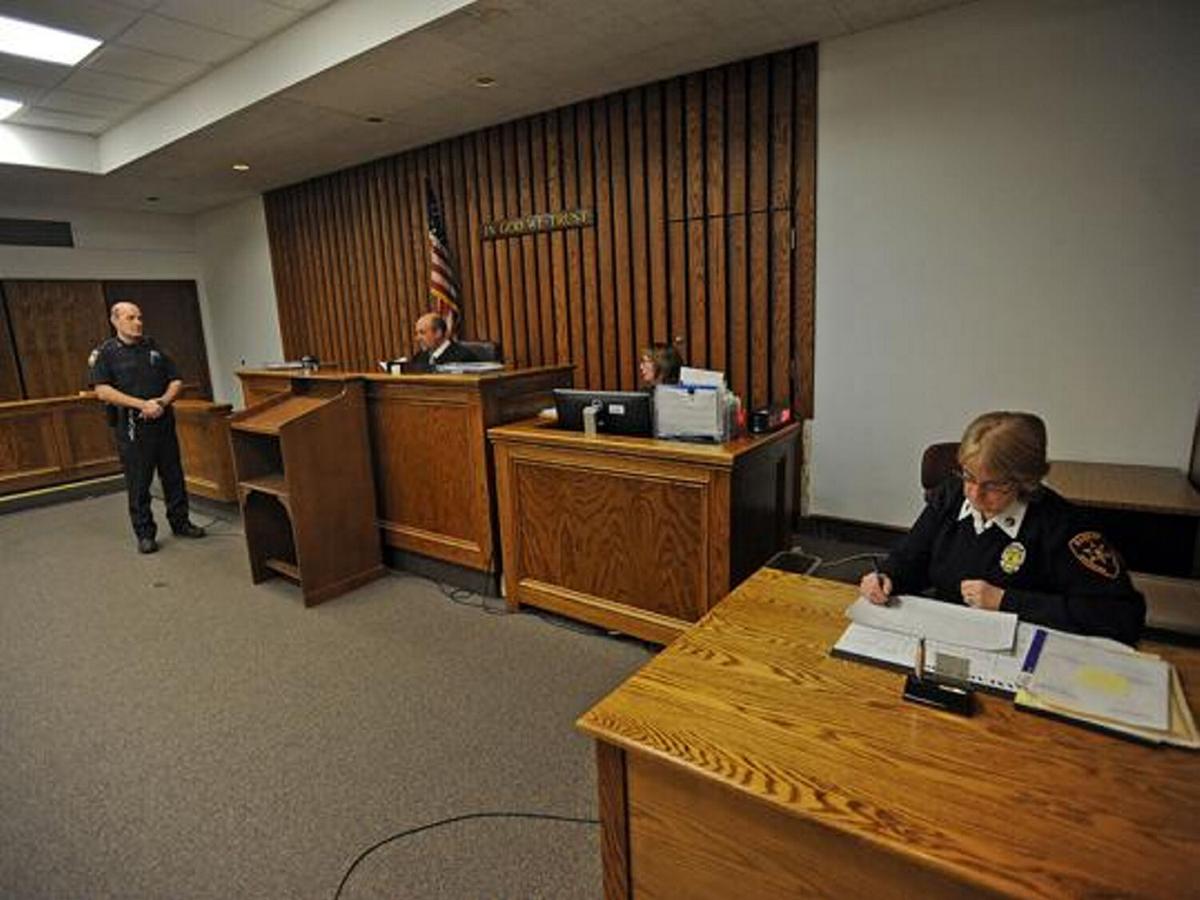 Watertown Mayor Jeffrey M. Smith succeeded in having local state legislators pass a home rule bill that, if signed into law, would nullify the need for the city to construct a second courtroom. Sydney Schaefer/Watertown Daily Times

We joined many others who were skeptical about the success of one particular goal, but it’s beginning to look like we were wrong. And frankly, we’re delighted!

While campaigning for Watertown mayor last year, Jeffrey M. Smith said he would push back against the idea of the city constructing a second courtroom. Local officials were not consulted by state authorities as they should have been before a bill was passed in 2013 mandating that Watertown have two full-time judges, he said. And according to a 1973 state law, all full-time judges must have their own courtrooms.

Mr. Smith believed the City Court system in Watertown operated well with the one full-time judge and one part-time judge it had before the 2013 legislation went into effect. No one from the state offered any evidence as to why the city needed two full-time judges, he said.

City officials have long debating how to proceed with this project. The latest estimate for it was $3.1 million.

While we agreed that two full-time judges aren’t necessary, we argued that the state Office of Court Administration held all the cards. Judge James P. Murphy, administrative judge for the Fifth Judicial District, took up where his predecessor left off.

Judge James C. Tormey III, who died last year, threatened to take control of the project. State funds could be withheld from the city to pay for it. He finally came to an arrangement with city officials over how the new courtroom should be built.

But Mr. Smith became a fly in the ointment once he was elected mayor. Earlier this year, he called on state legislators from the north country to introduce a bill allowing Watertown to revert to its former court system. Judge Murphy still wanted a second courtroom here.

Over the past several years, we’ve sympathized with city officials not wanting to spend money to create a second courtroom it didn’t really need. But dragging their feet was doing nothing but increasing the costs for the project.

On several occasions, we argued on this page that they must stop dithering, select a feasible design and begin construction. And while we found Mr. Smith’s rationale for resisting the state’s insistence on a second courtroom persuasive, we still believed his plan was a longshot at best. Pursuing this path would extend this process further — and this could well increase the expenses even more.

But Mr. Smith’s persistence appears to be paying off. The state Assembly passed the home rule bill for Watertown in June, and the state Senate passed it Wednesday.

Assemblyman Mark C. Walczyk, R-Watertown, and Sen. Patricia A. Ritchie, R-Heuvelton, introduced the bill in their respective chambers, and they deserve credit for successfully shepherding it through the legislative process. It will now go to Gov. Andrew M. Cuomo for his approval, and we urge him to sign it into law.

Mr. Smith warrants our congratulations for his vision on this issue. If the bill is enacted, it will save Watertown some money.

Improvements still need to be undertaken to make the city courtroom compliant with the Americans with Disabilities Act, and it’s unknown how much this will cost the city. But Mr. Smith made good on his pledge to see this proposal through, and we hope it soon comes to fruition.

Frankly, the tone of this editorial is refreshing.

I like the way the Times admits to its long-held skepticism over Mayor Smith's ability to actualize his campaign pledge, and admits to offering, what we understand now as, misguided advice-- get the second courtroom done... and pronto!

It's not that the Times didn't have a leg to stand on with its skepticism and misguided advice. The second courtroom certainly seemed compulsory and inevitable. Who didn't think we were well beyond saving ourselves from having to materialize it?

But, in admitting its skepticism and misguided advice, the Times communicates the magnitude of the save and the commendable level of persistence on the part of Smith and all.

One senses a very appealing and widespread civic delight in this editorial.

Good for Smith! With criminal reforms enacted, and compliant District Attorneys, the case loads should diminish.