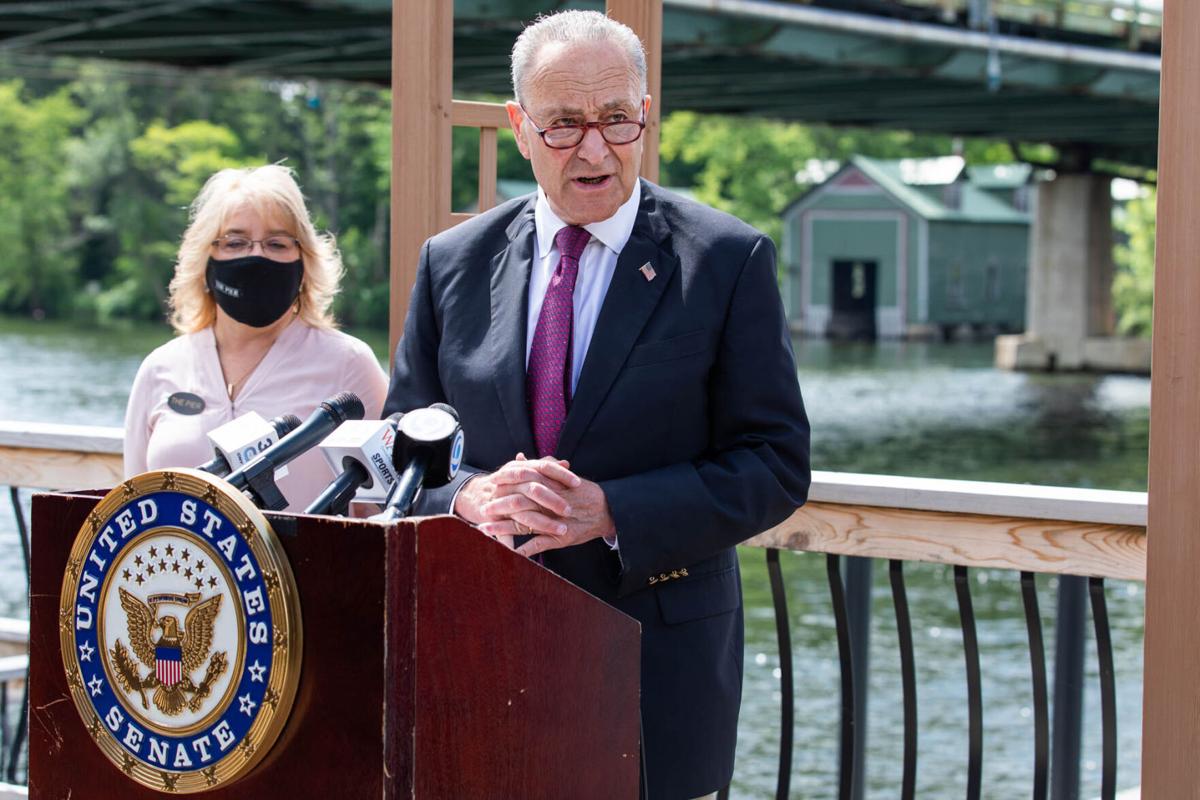 U.S. Sen. Charles E. Schumer, center, stands socially distant among business owners in Oswego and Onondaga counties Monday at The Pier in Central Square while calling for an extension of an amendment to the federal government’s Paycheck Protection Program amid the novel coronavirus pandemic. Sydney Schaefer/Watertown Daily Times 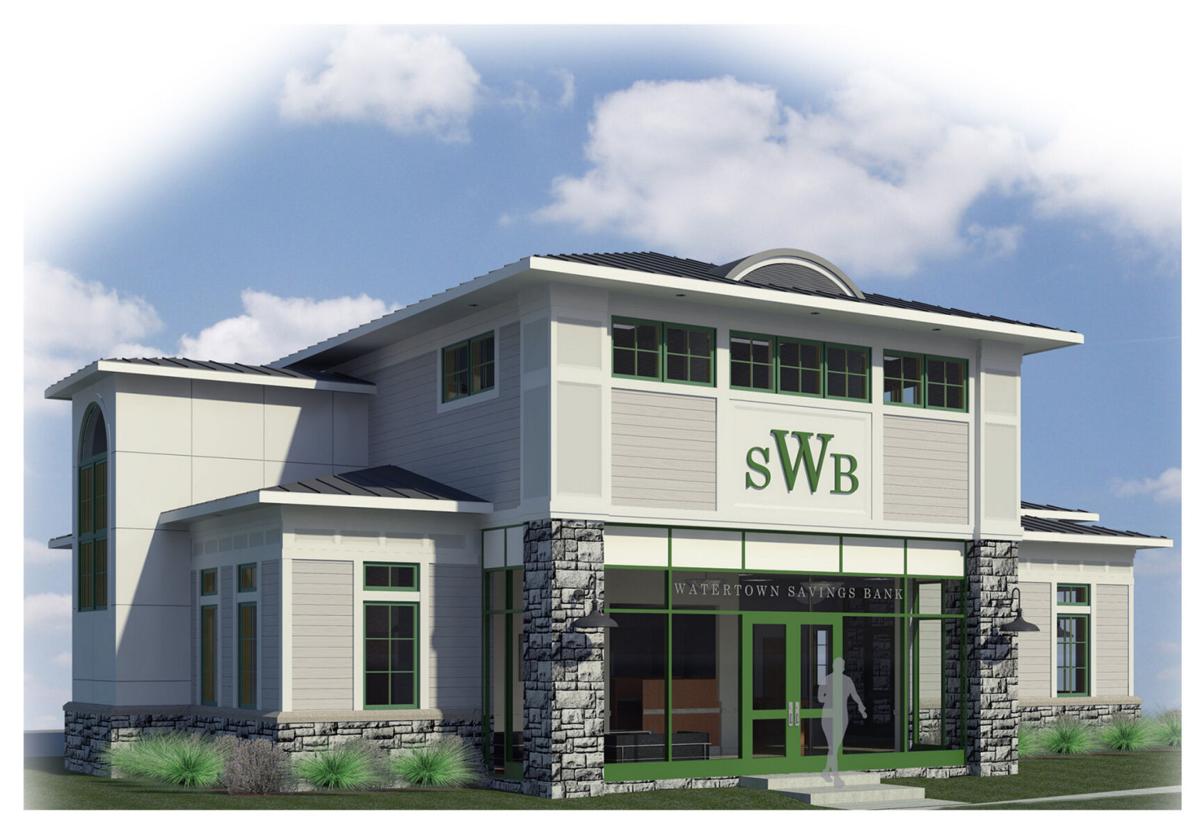 Representatives of financial services companies such as Watertown Savings Bank should consult U.S. Sen. Charles E. Schumer on his plan to extend a program designed to stimulate the economy.

U.S. Sen. Charles E. Schumer, center, stands socially distant among business owners in Oswego and Onondaga counties Monday at The Pier in Central Square while calling for an extension of an amendment to the federal government’s Paycheck Protection Program amid the novel coronavirus pandemic. Sydney Schaefer/Watertown Daily Times

Representatives of financial services companies such as Watertown Savings Bank should consult U.S. Sen. Charles E. Schumer on his plan to extend a program designed to stimulate the economy.

The Paycheck Protection Program — initially approved by Congress in March as part of the Coronavirus Aid, Relief and Economic Security Act — has benefited many organizations in Northern New York during this health care crisis.

The Small Business Administration revealed July 6 that more than $172 million was made available to nearly 2,700 businesses and nonprofit groups in Jefferson, Lewis, St. Lawrence and Oswego counties. In total, the federal government approved about $659 billion for the program. More than $518 billion was provided through nearly 5 million loans made to organizations nationwide, according to a story published June 29 by MassLive.com.

The PPP was supposed to expire June 30. But members of Congress passed legislation establishing a new deadline of Aug. 8, a measure signed into law by President Donald J. Trump. So companies can submit applications until then.

U.S. Sen. Charles E. Schumer, D-N.Y., spoke last week of his desire to see the program extended through the end of the year. During a news conference Monday in Central Square, he introduced his proposed Prioritized Paycheck Protection Program Act — which he calls the P4.

“Businesses with fewer than 100 employees, sole proprietors, independent contractors, self-employed people and businesses in rural and historically underserved communities are what the P4 bill specifically targets,” according to a story published Tuesday in the Watertown Daily Times. “Under the senator’s proposed P4 legislation, 20 percent of PPP funds would be reserved for businesses with 10 or fewer employees and establish priority processing for those small businesses, nonprofits, veterans as well as underserved and rural borrowers. The program will also not be open to publicly traded companies. The senator said that in his proposed bill, up to 40 percent of PPP loan money can be used for non-payroll expenses, like rent and utilities. Applicants can request 250 percent of their monthly payroll costs, up to a maximum of $2 million. Sen. Schumer said that the PPP program still has [more than] $130 billion left in its budget, and thus he is not asking for Congress to transfer any more funding to it.”

Mr. Schumer provided many of the items that he’d like to see in his proposed bill. On many occasions, a more-detailed piece of legislation is better than one with very little information.

The senator is correct in wanting to address how this program is administered. Additional oversight is definitely needed if Congress is to pass another stimulus package.

But he’s putting the cart before the horse in this instance. He needs to spend time speaking with representatives of financial institutions, business owners and leaders of nonprofit groups about to improve the program. Their recommendations should make up the bulk of the details of any new bill.

The application process for the PPP proved maddeningly complicated, particularly when it was first rolled out. Banks often had few guidelines available for how to proceed under specific circumstances.

Mr. Schumer should solicit comments from those who administered the loans and those who received them to find out what went right, what went wrong and how to reduce any difficulties. These insights must serve as the foundation of any new legislation designed to extend the program.

We commend the senator for his commitment to ensure people continue receiving wages through the PPP. But first he should find out what problems plagued loan recipients the most so they can be mitigated. Then he can fill in the rest of the blanks knowing what beneficiaries truly need.

Do you support the decision to close down the Alteri pool in Watertown?