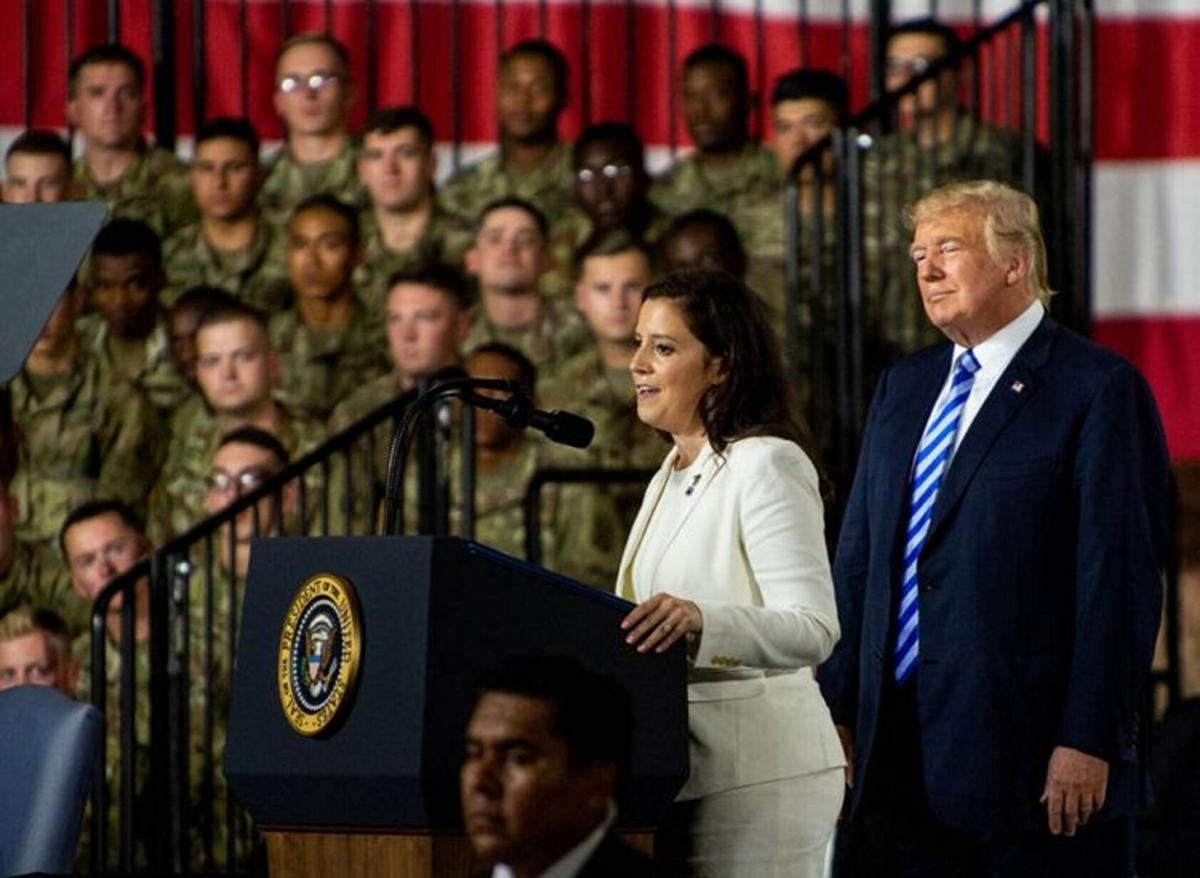 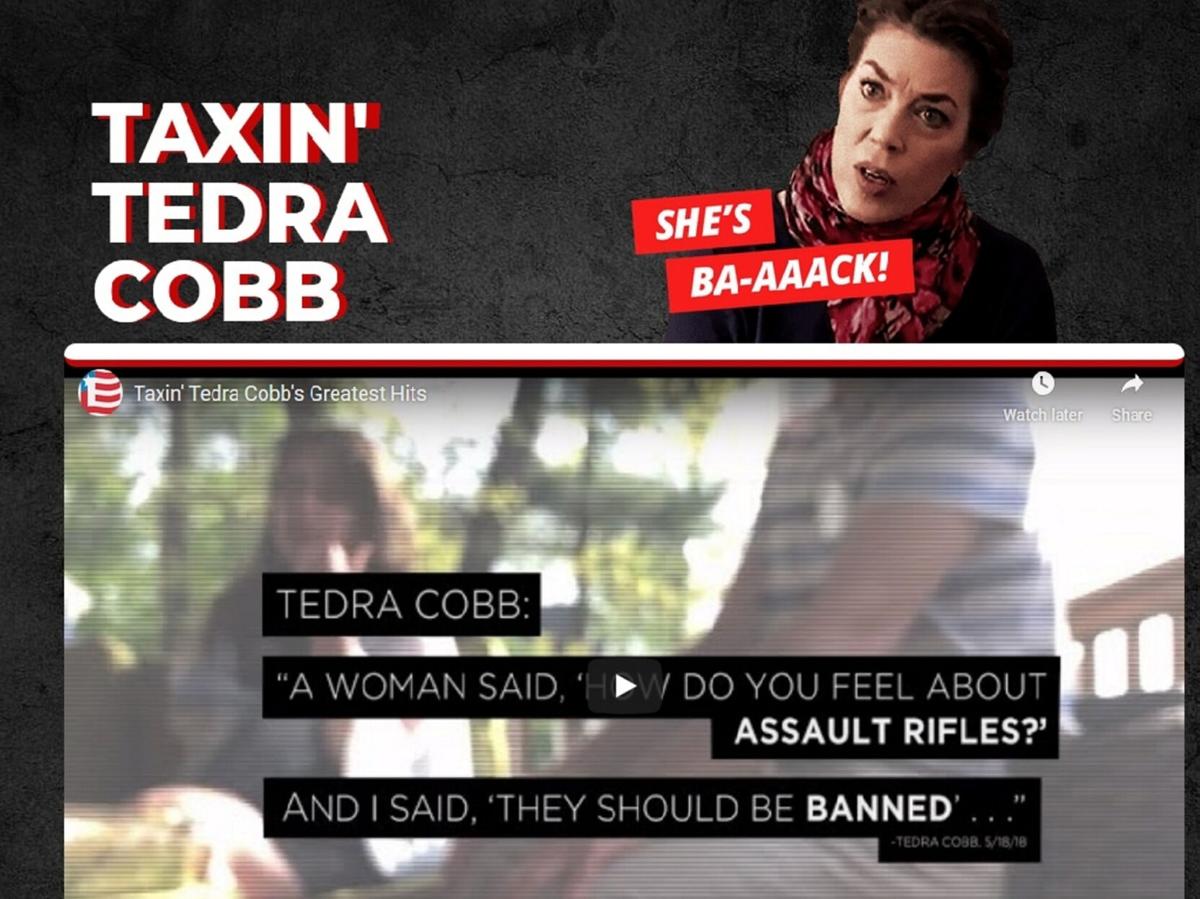 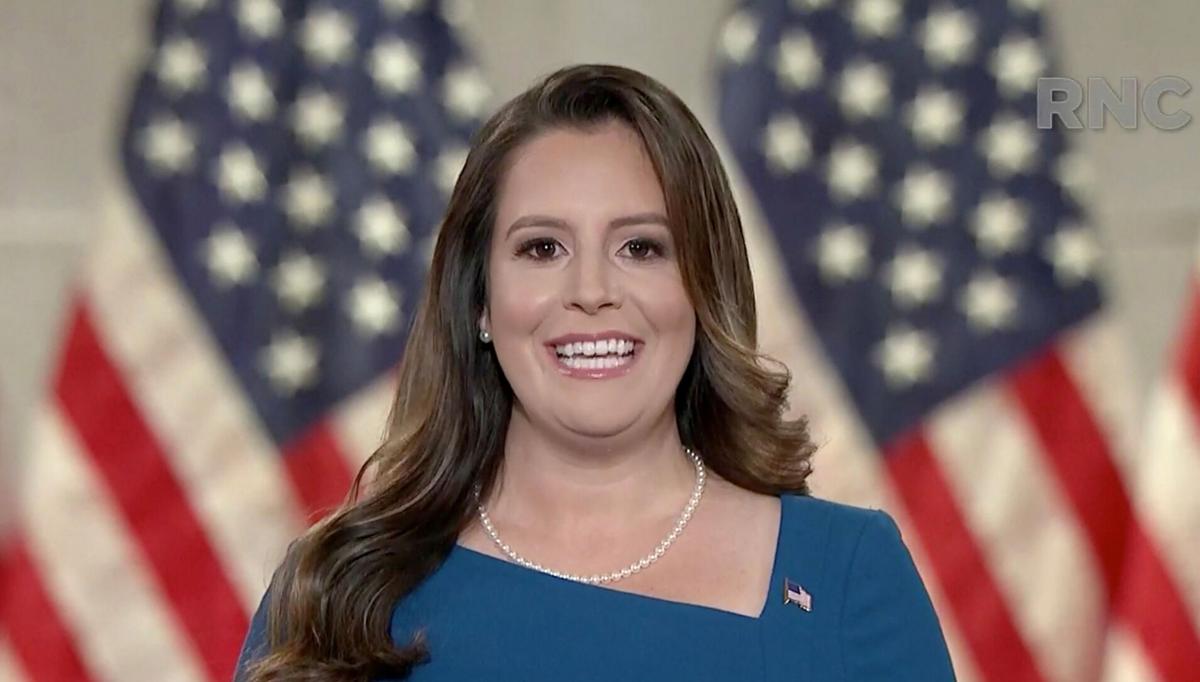 U.S. Rep. Elise M. Stefanik, R-Schuylerville, picked an odd fight with Democratic challenger Tedra Cobb on Aug. 25. She made a dubious claim that Ms. Cobb engaged in “intellectual theft” on her campaign website by citing the Military Family Stability Act as an example of legislation she would support. Ms. Stefanik introduced one version of the act in 2017 and asserted that Ms. Cobb’s reference to it amounted to plagiarism.

A week earlier, Ms. Stefanik launched a website specifically dedicated to attacking her rival. Called TaxinTedra.com, the website repeats some accusations that have been proven false.

“Some of the claims included on the website have been debunked repeatedly by both journalists covering the race between Ms. Stefanik and Ms. Cobb and by Ms. Cobb herself. The first issue the website identifies is Ms. Cobb’s stance on health care. The page claims Ms. Cobb supports Medicare for all, including undocumented immigrants,” according to a story published Aug. 20 by the Watertown Daily Times. “Last election cycle, Ms. Cobb publicly stated she supports Medicare for all, ‘or something like that,’ during a campaign event. But as reported by the Post-Star in February, Ms. Cobb said after years of discussion with doctors and constituents, she had decided an option to buy into Medicare is a better solution than automatic, mandated Medicare for everyone.”

For the first year and a half of President Donald Trump’s term in the Oval Office, Ms. Stefanik supported him on a variety of issues while keeping a safe distance. Mr. Trump all too frequently behaves in a boorish manner, perpetuates numerous falsehoods and demeans those who don’t pledge their undying loyalty to him at the expense of everything else.

For Republicans, walking the tightrope of backing the leader of their party while remaining outside his sphere of absurdity can be tricky. Ms. Stefanik seemed to have found a way to accomplish this, and it was to her credit that she did so. She remained firmly committed to the GOP while not getting caught up in Mr. Trump’s repulsive and counterproductive antics.

But for the past two years, Ms. Stefanik has closely aligned herself with the president. She has adopted his scorched-earth policy of dispatching with critics and political challengers.

Ms. Stefanik is certainly not the first person to follow this destructive path, and she won’t be the last. Sadly, this seems to have become common ground among political extremists of just about every ideological stripe.

It’s difficult grasping why Ms. Stefanik has decided to go rogue. She’s built an excellent reputation among her colleagues and is popular with her constituents. She has a very comfortable lead in this race, and she’s raised an enormous amount of money.

Ms. Stefanik should see that the false accusations, name-calling and deceptions are beneath a public official of her obvious intelligence and political skills. She sells herself short by going for the low-hanging fruit of vilifying all those who oppose her or try to hold her accountable.

We cannot understand why Ms. Stefanik is convinced this kind of behavior is necessary. She needs to rely on the admirable qualities that make her a dynamic leader and effective legislator.

She should follow the example of her predecessors in this office by adhering to the principles of truth and decency. This tactic does not serve her well, and it pollutes the 21st Congressional District with cynicism and acrimony. We deserve better than to live in an environment like this.

If Elise were born and raised herer, or even had more than a summer home, it would be worth discussing her credibility. Take a look at Open Secrets, and ask why Elise would accept a $20,000 donation from a drone manufacturer in Florida. They don't live or operate in NY-21. Neither does Elise! At least Cobb is familiar with our communities, having raised a family and a business here. She has toured areas Elise has never been to in NY-21. I may not agree with everything she stands for, but I'm not voting for a shill who went to private school and was raised near Albany. We deserve better than what Stefanik has dealt us.

"It's difficult grasping why..."

"We cannot understand why..."

This editorial seems to say that Stefanik had so much going for herself... then her bloodbath practices appeared. Why? Why?

You're looking for closure. It matters to you because you had a relationship with her over the years that mattered to you. She led your congressional district. She represented your party. You liked, respected and supported her. You benefited from her leadership. Your newspaper endorsed her. You met with her face-to-face, worked with her, etc.

Then, her puzzling about-face.

"We're through" (assuming you are) doesn't mean you want to walk away enveloped in ambiguity. You want to understand why you're through, why she changed. Maybe you can learn something, like about yourself, too.

Guessing why doesn't alleviate the ambiguity. Did she change for the corrupt GOP party, amoral Trump or careerism? Maybe she's been wearing a mask the whole time? Your guess is as good as mine.

If we were to ask her why, would she tell the truth?

All I know is that the ambiguity she leaves fits right in with the uncertainty of our time.

This nonsense coming from liberal democrats isn't worth the digital ink expended on it. Dems and theor liberal newspaper cronies have spent the last 4 years relentlessly attacking Trump and anyone he comes into contact with. So WDT and zeitgeist, save the sanctimonious, laughable, pontificating.

Dems and theor liberal newspaper cronies have spent the last 4 years relentlessly attacking Trump and anyone he comes into contact with.

Attacking him by accurately reporting what he says? Attacking those around him by accurately reporting when they break the law or at least violate ethical standards? Just in the past few days we have DeJoy’s use of straw donors in violation of campaign finance laws and Rick Perry steering energy contracts with Ukraine to campaign donors of his. For some reason you don’t care how much Trump and his cronies break the law or violate traditional standards that have served the country well. You really should not call yourself a conservative. Radical is more apt.

Trump is on audiotape saying he purposely lied to Americans about the coronavirus. If he hasn’t specifically said he did it to get re-elected he probably will because he did. He wanted to keep the stock market going because he, for some reason, equates that with the economy as a whole. But, once again, you don’t seem to care if he lied. Taiwan has 7 deaths and South Korea under 400. Here on 9/11 we have 60 some odd times the number that died on 9/11/2001 and 54% of Republicans think it’s nothing to be concerned about. As a reminder those deaths on 9/11 were enough to get us to go to war with a country that had nothing to do with it under another Republican president. This president won’t even ask people to wear face masks because he’s afraid of spooking the stock market.

I predict Stefanik will privately breathe a sigh of relief, distance herself from Trump's four years of fiasco and decay, join with other Republicans in reinventing and rebuilding the party, and seek a formidable place for herself in it.

The mistake Trumpists made is that they are a cult of personality. Without Trump, they are nothing. When he's gone, they're gone.

Wait until you catch Stefanik's post-election drift that she's through with you. Wrestle with the ambiguity. Don't expect support or closure. You have to be there for it, not gone.

Stefanik is dishonest and disingenuous. To align herself with a liar like Trump puts her on my list of who not to vote for. I can disagree with policy, but don't forgive dishonesty. Cobb gets my vote.

I thought Stefanik would do a better job of straddling the fence. Going all-in supporting Dear Leader seems like a big mistake. Putting up a website with the childish nickname and a ton of lies shows she lacks the maturity to be in Congress. Well, maybe not. But, we don’t need a Steve King, Louis Gohmert, Matt Gaetz or one of the QAnon fans in northern NY. If necessary Elise seems like she’d be willing to sign onto Q beliefs.

You’re joking, right? Biden has obvious issues, now they’re even hiding Harris because of her complete lack of any charisma and Taxin Tedra, well we know everything we need to about her from the last election. After her massive loss to Stefanik this is the best the Democrats can run? This is a joke...

“Truth and decency” how about Cobbs take in assault style rifles? How truthful was she? All is fair in love and politics, right? Not! Elise +14

I hope the Johnsons are all on board with the frontal attack on their Congressional Rep. One of the things that apparently irritated the Times was that Elise was no longer "walking the tightrope of backing their leader while remaining outside his sphere of absurdity". Slam! I guess the Times doesnt like Trump! He is according to the editorial, absurd, at times. Gee, is he the only politician to venture there? One very important measure of truth is consistency. Do we hear these criticisms of Schumer, Gillibrand, Pelosi, Biden, Harris, etc. No, only Elise and Trump. This will make the sycophant commenters on this forum happy but will continue to reduce newspaper subscriptions for the WDT.

More fake news,just a plug for your girl