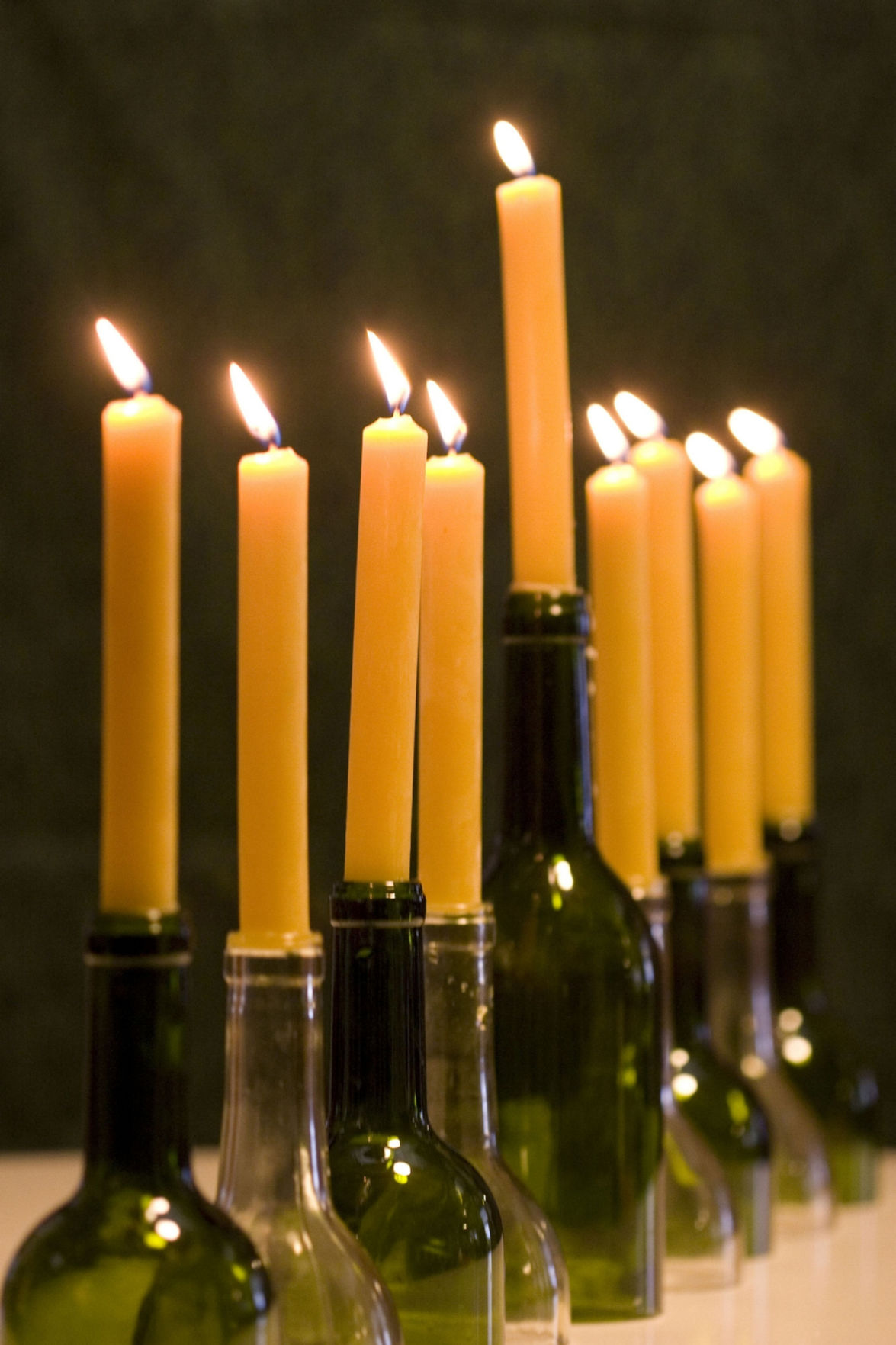 A homemade menorah, constructed from cut wine bottles, are used at the offices of Ready Made magazine in Berkeley, Calif., on Dec. 3, 2008. D. Ross Cameron/Contra Costa Times/Tribune News Service 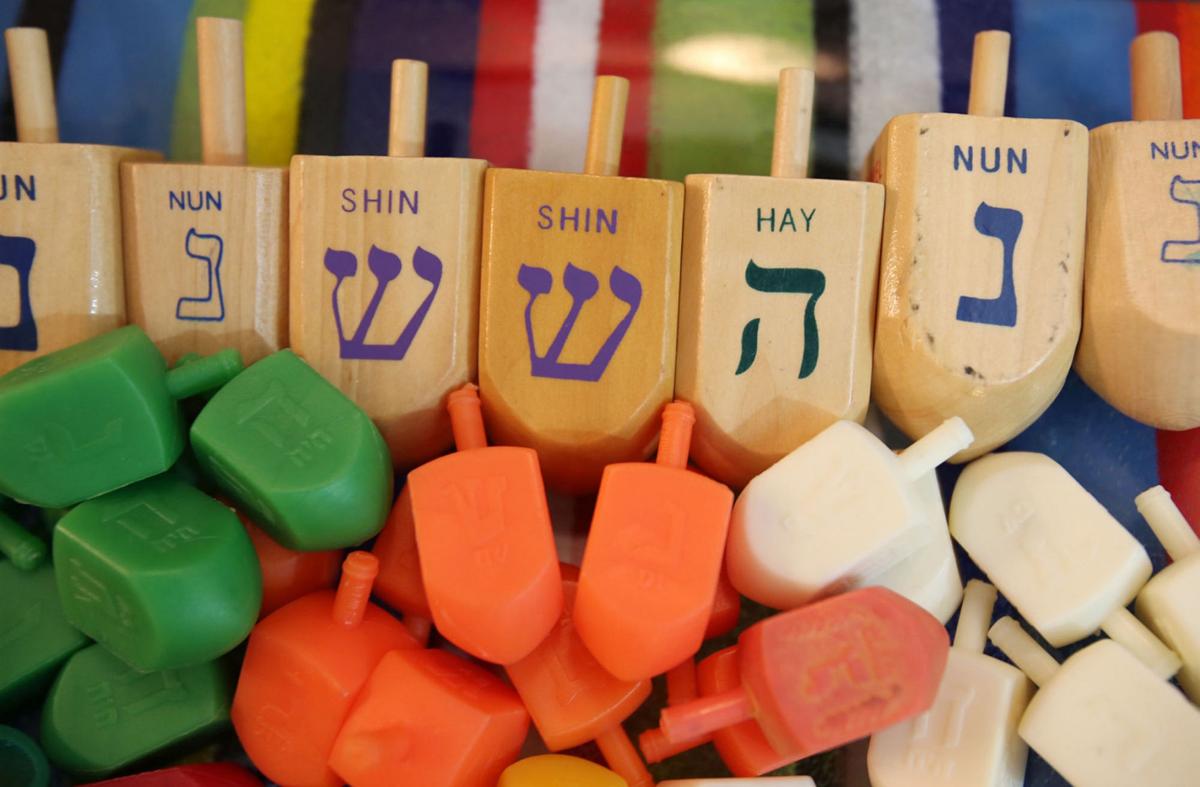 Dreidels are used during Hanukkah at the home of Barry and Penny Gold in Lake Mary, Fla., on Dec. 6, 2012. Stephen M. Dowell/Orlando Sentinel/Tribune News Service

A homemade menorah, constructed from cut wine bottles, are used at the offices of Ready Made magazine in Berkeley, Calif., on Dec. 3, 2008. D. Ross Cameron/Contra Costa Times/Tribune News Service

Dreidels are used during Hanukkah at the home of Barry and Penny Gold in Lake Mary, Fla., on Dec. 6, 2012. Stephen M. Dowell/Orlando Sentinel/Tribune News Service

Jewish people throughout the world must live with frequent reminders that their cultural history has been one of survival against incredible odds.

No event in the United States dramatized this more ominously than the mass shooting last year at Tree of Life – Or L’Simcha Congregation in Pittsburgh. On Oct. 27, 2018, Robert Gregory Bowers was accused of opening fire on those inside the synagogue. The tragedy left 11 people dead and six congregants injured.

All too often, it’s been against this backdrop of violence and oppression that those who profess Judaism have clung to their heritage. The roots of their religious faith were on the verge of being permanently severed in the second century BCE. Jews watched their religion become marginalized as they were forced to live under the rule of the Syrian-Greek Seleucid Empire.

In 167 BCE, their temple was dedicated to the Greek god Zeus on the order of Antiochus IV Epiphanes. He also banned circumcision and permitted pigs to be sacrificed in the Jewish temple.

Faithful Jews witnessed the practice of their religion be prohibited. They had to accept the Hellenistic lifestyle to survive, and a growing number of them had begun to abandon their forefathers’ traditions.

Judaism was being pushed to brink of extinction through assimilation. Jews began resisting, and a revolt ensued.

Mattathias, a high priest, killed a Greek soldier who ordered him and other Jews to worship idols and eat the flesh of pigs. Mattathias also killed a villager who stepped forward to perform the acts that the high priest had refused to do.

His five sons — Eleazar, Jochanan, Jonathan, Judah and Simeon — joined other villagers in killing the remaining Greek soldiers. Mattathias and his sons then went into hiding to build support and strike when the moment presented itself.

The seeds of dissention had been planted. The Maccabean Revolt lasted for several years, with the Jews eventually overthrowing the Seleucid Empire.

They decided to cleanse their temple and start anew. Tradition holds that there only was enough oil to burn a menorah for one day, which would have violated the requirements of the Talmud.

But the oil miraculously lasted for eight days, according to the story. The temple was rededicated, and Judaism survived another attempt to destroy it. For Jews around the world, Hanukkah is a time to recall this moment and celebrate their renewed life as a community of faith.

Hanukkah begins at sundown tonight and continues until sundown Dec. 30. While traditionally considered a minor holiday for Jews, it has enjoyed widespread popularity in modern times. Its most cherished symbol is the eight-candled menorah, with one candle lit each day of the event.

In an age where every other holiday seems dwarfed by Christmas, Hanukkah is a reminder of Judaism’s importance in human history. It spawned two other great world religions, Christianity and Islam, and remains an integral part of life for countless people across the globe.

Reflecting the determination of the Jewish people to survive and prosper, Hanukkah continues to inspire countless individuals. May those who take comfort in its message enjoy the blessings this celebration offers. We can all commemorate this wonderful holiday by working to ensure the Jewish people enjoy the peace and security everyone deserves.

Thank you for posting an editorial on the meaning of Hanukkah. May the lights signify the peace we are all looking for this year and years to come.