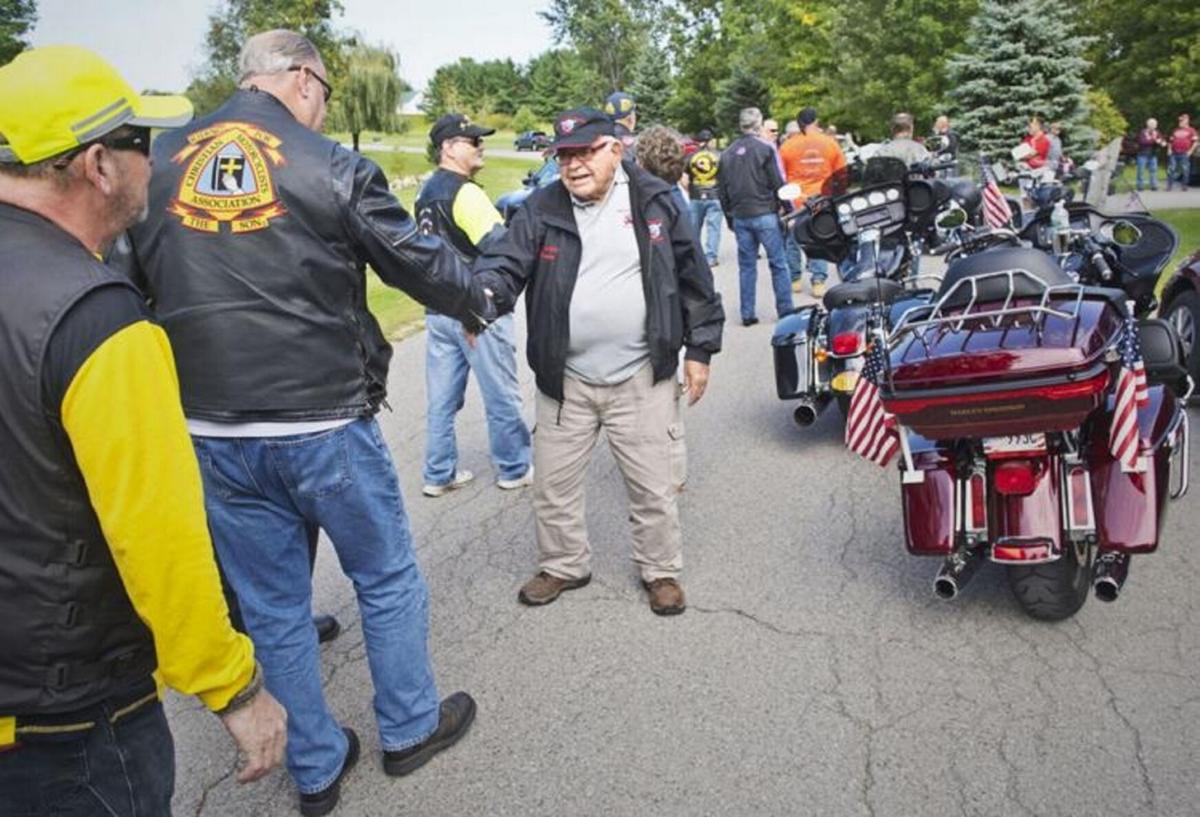 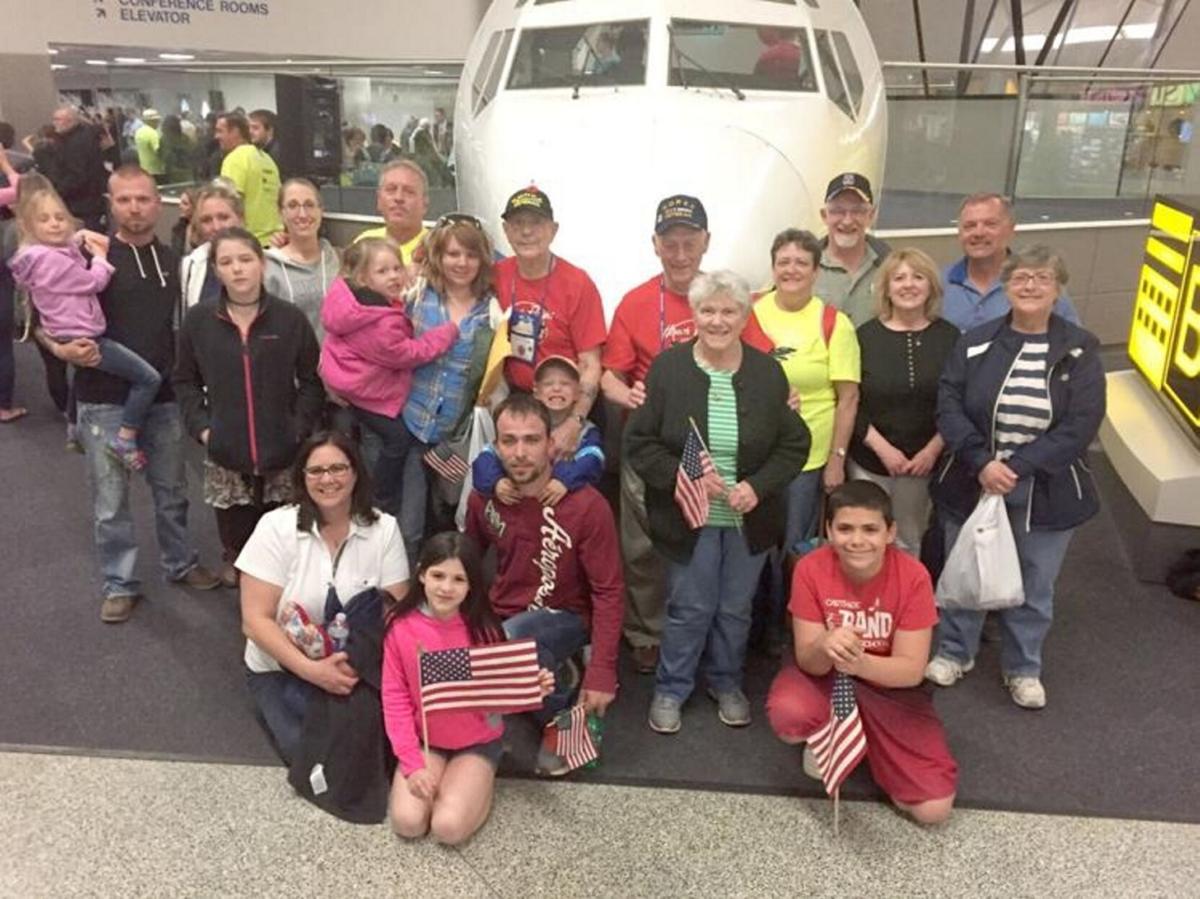 The families of Richard H. Clement and Gerald D. Borland, both of Carthage, join them following the welcome home ceremony at Hancock International Airport in 2017. The men, both Korean War veterans, were chosen for participation in the Honor Flight Syracuse program, which flies veterans with a guardian to Washington, D.C., to visit national monuments. Watertown Daily Times

The families of Richard H. Clement and Gerald D. Borland, both of Carthage, join them following the welcome home ceremony at Hancock International Airport in 2017. The men, both Korean War veterans, were chosen for participation in the Honor Flight Syracuse program, which flies veterans with a guardian to Washington, D.C., to visit national monuments. Watertown Daily Times

After more than a year, two regional hubs of a program designed to commemorate veterans have resumed their operations.

The Honor Flight Network was formed in 2005 to bring veterans to Washington, D.C., to visit memorials dedicated to those who have served our nation in wartime. Regional hubs exist across the country to coordinate flights for local veterans.

However, the novel coronavirus pandemic resulted in all flights being canceled last year. The last trip organized by North Country Honor Flight, serving veterans in the eastern portion of the north country as well as part of Vermont, was made in October 2019. And the last flight planned by Honor Flight Syracuse, serving veterans in Central and Northern New York, was made in September 2019.

The good news is that both hubs are once again bringing veterans to Washington. North Country Honor Flight resumed its flights Aug. 28; another one will take place Sept. 18. And Honor Flight Syracuse will return to the skies Sept. 25.

“Applicants for the upcoming Honor Flight through the Syracuse hub were recently briefed by representatives of the Carthage Community Veterans Committee at the Veterans of Foreign Wars Post 7227,” according to a story published Monday by the Watertown Daily Times. “Carthage Community Veterans Committee was established in 2016 to support the efforts of Post 7227 Veterans of Foreign Wars Family and the Post 789 American Legion Family. The group helps finance the trip for area veterans to the nation’s capital. Deborah J. Atkins, committee chairwoman, explained what the veterans and their guardians should expect during the day trip. While in Washington, D.C., the veterans and their guardians will visit the major memorials — Lincoln, World War II, Korean, Air Force, Iwo Jima/Marines, the Navy Lone Sailor Statue and Vietnam — as well as Arlington National Cemetery where they will witness the changing of the guard at the Tomb of the Unknown Soldier. According to the chair of the committee, the veterans’ expenses are paid through the Honor Flight program. However, expenses for the required guardian are not. The committee raises funds to pay for the guardian’s flight and for a night’s stay and dinner in Syracuse for the veteran and guardian prior to the day trip to the capital. The expense averages $750 per veteran and guardian.”

The Honor Flight program was initially established to serve World War II veterans. It has since expanded to include veterans of the Korean and Vietnam wars as well as terminally ill veterans of any era.

This is a wonderful program, and it’s good to see both the Honor Flight Syracuse and North Country Honor Flight operating again. There’s an old adage that says: “Eternal vigilance is the price for liberty.” Our freedoms depend upon those willing to protect our nation, and this is an appropriate way to express our gratitude.