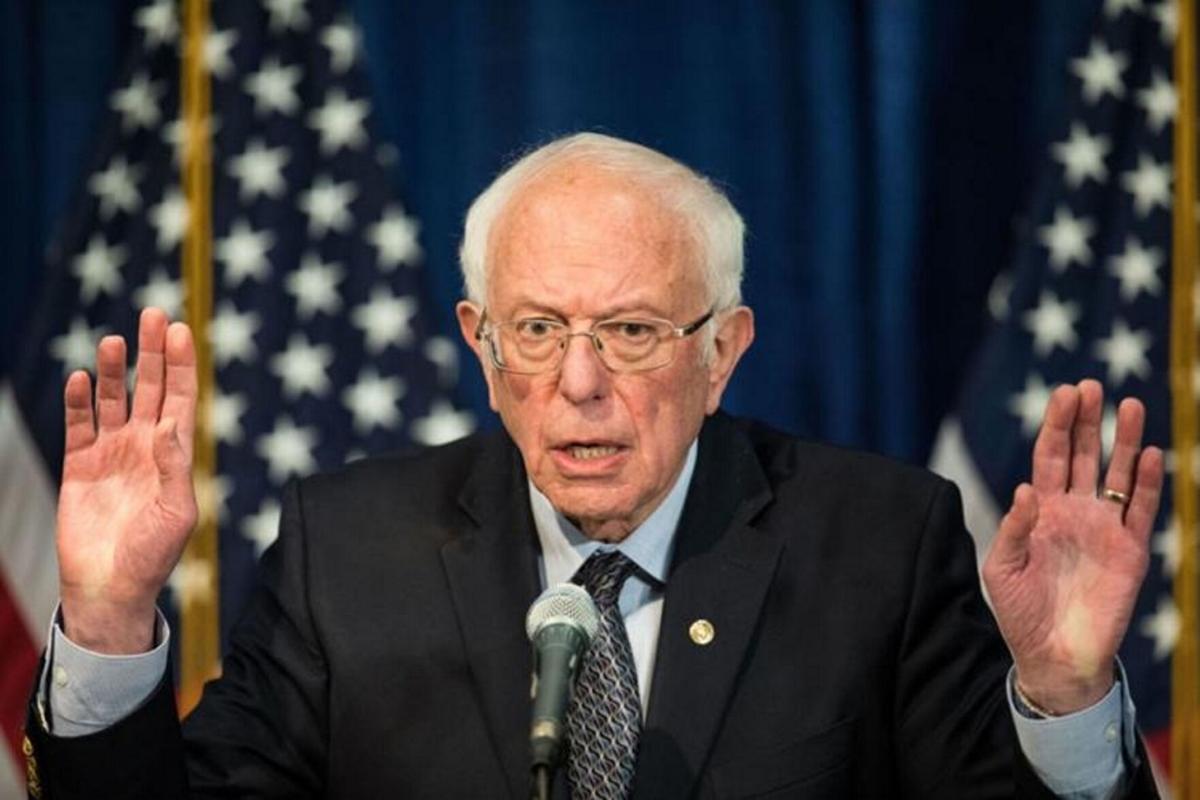 U.S. Sen. Bernie Sanders of Vermont is urging legislators to include measures to address climate change and the working poor in a proposed infrastructure bill under consideration on Capitol Hill. Scott Eisen/Getty Images/Tribune News Service 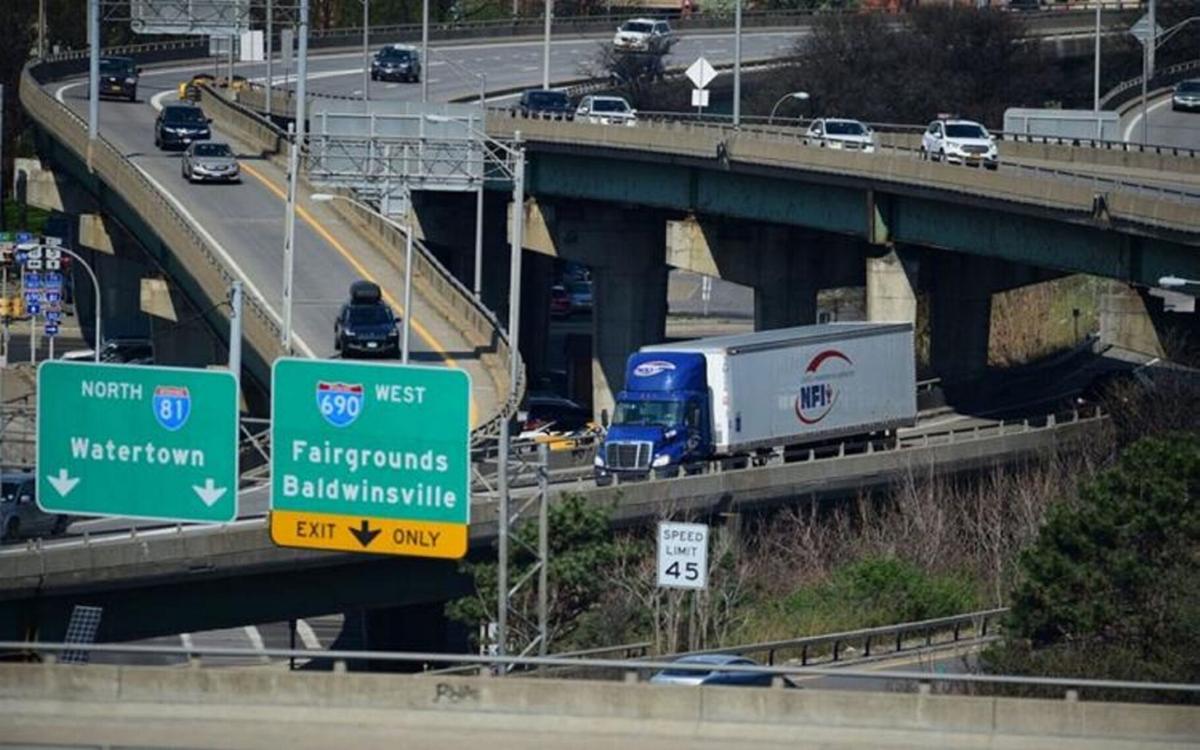 U.S. Sen. Bernie Sanders of Vermont is urging legislators to include measures to address climate change and the working poor in a proposed infrastructure bill under consideration on Capitol Hill. Scott Eisen/Getty Images/Tribune News Service

Far too many bridges and roadways, water and sewer systems across the country are in desperate need of repairing or replacing.

This is often a topic of conversation among lawmakers on all governmental levels. With the high-paying jobs they bring and improvements they make, huge-scale public works projects can be very popular among constituents.

President Joe Biden has called for spending $1.2 trillion on a major infrastructure plan. There have been debates about how high the price tag on this should go and who exactly will pay for it all.

Such differences typically occur in discussions that public officials have about big legislative measures. It’s good to hash out these details.

But some Democrats muddied the waters early on. They began tossing in other items on their spending wish lists that they believed should be included in any proposal.

One mantra circulated was “Child care is infrastructure!” A bill with this title was introduced into the U.S. House of Representatives in March, and it sits in a committee.

U.S. Sen. Bernie Sanders of Vermont suggested a few other ideas for the infrastructure bill. In a June 29 interview with NPR host Rachel Martin, he explained why his support for the plan is in question.

“Because not so much of what the bipartisan bill has. It is what it doesn’t have. It would be absolutely irresponsible beyond belief if we did not address the existential crisis of climate change. And there’s virtually no money in the bipartisan bill for climate change,” Sanders said. “Furthermore, at a time when half of our people are living paycheck to paycheck and tens of millions of people are working for starvation wages, the time, in my view, is long overdue for government to start paying attention to the needs of workers and not just wealthy campaign contributors. And that means that, among other things, we have to understand that we have the highest rate of childhood poverty of almost any major nation on Earth. And we’ve got to deal with that by finally dealing with a dysfunctional child care system. We need to make the child tax credit permanent. We need to deal with the reality we’re the only major country on Earth not to guarantee paid family and medical leave. We need to lower the cost of prescription drugs. We need to expand Medicare to cover dental care, hearing aids and eyeglasses. And we have to make higher education affordable and deal with housing, as well.”

The issues that Sanders and his colleagues bring up are certainly worth consideration. But trying to stuff a bunch of unrelated items into a serious piece of legislation is one reason why major bills don’t get passed too often these days.

When they see a bill that has a chance of making it through the sausage-making process, many legislators can’t resist the temptation to load it with other spending desires. These usually have nothing to do with the aim of the bill, and that’s the main problem.

Massive omnibus bills become too easy for political rivals to oppose. Congressional leaders should focus on developing a plan to fund long-overdue capital works projects and get it signed into law.

If they want to address other concerns, that’s fine. But these items need to be debated in separate bills on their own merit.

Cramming them into the infrastructure plan will make this measure top heavy and lead to the usual gridlock we’ve come to expect from Washington. With an aging infrastructure in need of extensive work, we can’t afford business as usual.

I'm going to take a wild guess that the author of this column is a male. He probably also came out of a generation back when the wage of a single earner was sufficient for a family to live on . (Wages have been stagnant and loosing ground to cost of living for almost 40 years see chart)..

If the author has any children I doubt HE ever had to take significant work time off to bear and raise them .

CHILD CARE AS INFRASTURE IS NOT A NEW nor a radical idea. During WWII The Government opened hundreds of federal subsidized child care center to meet the need of "Rosie the Riveter" and thousands of other Women that THE NATION needed to have in the work force . There were efforts to continue this after the war.

During Nixon's time a Childcare act passed both parts of the Congress but was veto's by Nixon.

Then there is this:

>>"The United States ranks 30th out of 33 member nations of the Organisation for Economic Co-operation and Development in public spending on families and children, which includes policies such as child payments and allowances, parental leave benefits, and childcare support. "<< That is third to the bottom .

It is no wonder that the United States is starting to resemble a third world country or a Crumbling post Soviet Russia in both its hard infrastructure (roads etc.) but also in policies that could aide it in economic growth into the future i.e. child care.

As to why omnibus bills are THE ONLY WAY to get things that are needed passed.. Well go ask Mitch.

Bernie wants to tax the 16 cent savings on your 4th of July compared to last year.

This is how legislation is done any more, in one big bill tied to spending because then it can't be vetoed by the filibuster. You only get one shot, so it all has to go in. The immorality is in the system,not in those who have to navigate it. It would be great to deal with items one a a time and let the majority decide on each.

Spot on! The Democrats are used to making statements that become the new definitions. Education is infrastructure, the non-existent existential threat of climate change is infrastructure, healthcare is infrastructure, and most of all socialism is infrastructure. More reasons to spend. These people are drunk with power. Look, the powerful Democrats are in their eighties so they don't have much time left to enrich and further empower themselves and others. There is a power revolution coming from them and we have given them the opportunity of a lifetime to become rulers. Trillions of dollars has been flooded into the economy and I'm sure much of it has landed in the right pockets. That's how it works. Believe nothing you hear and only half what you see. Pay attention.