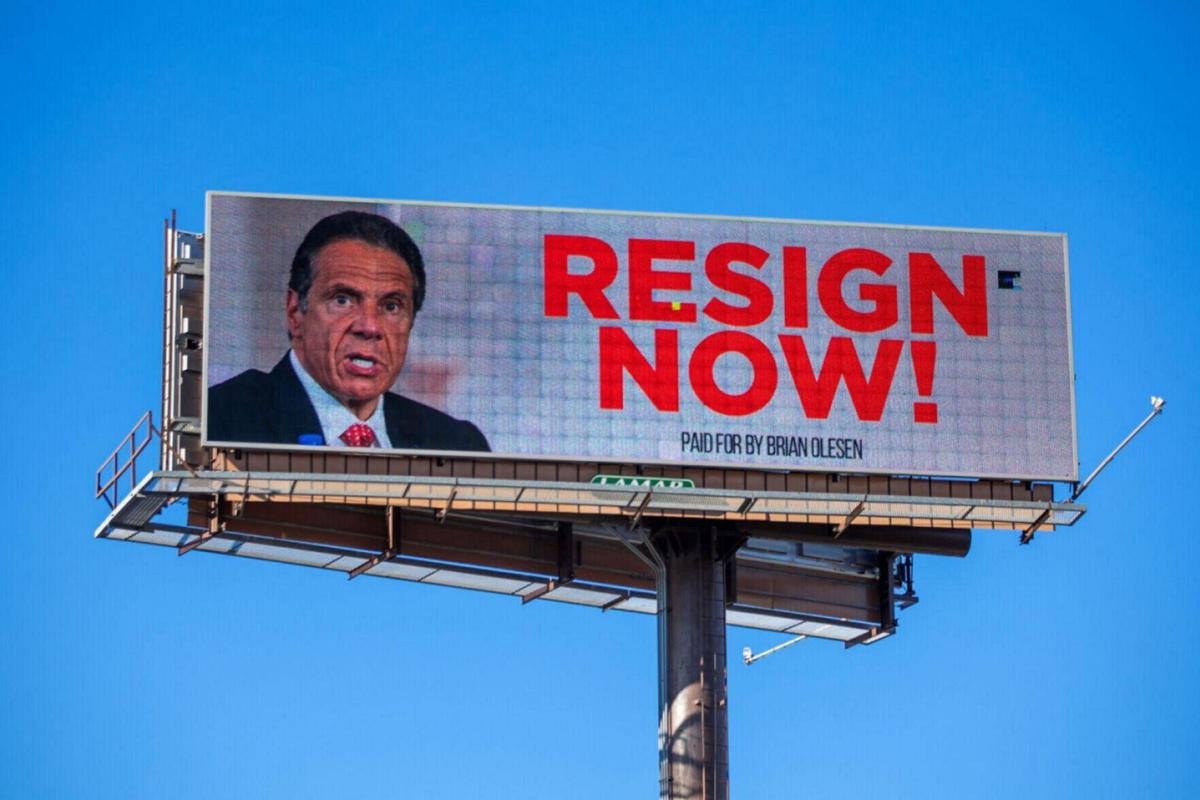 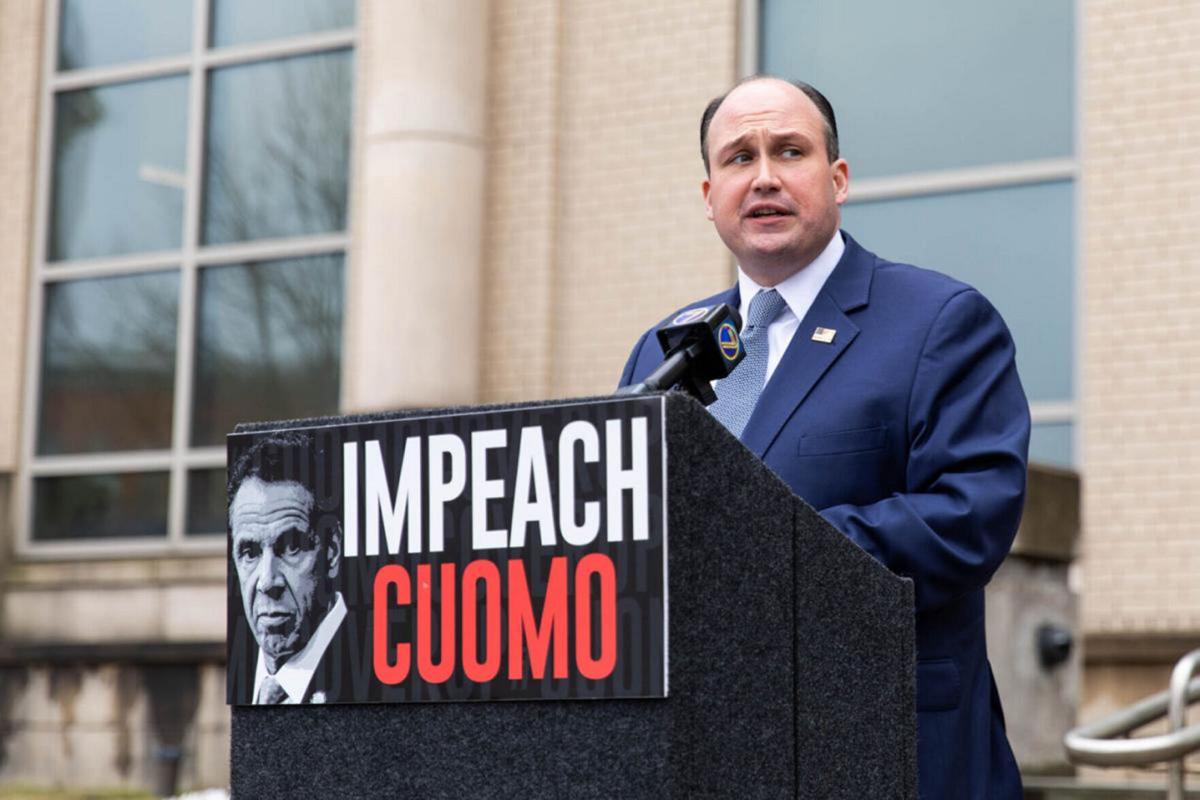 It’s bewildering that someone as politically savvy as Gov. Andrew M. Cuomo is to find himself facing possible impeachment and removal from office.

He grew up in a family well versed in public service. His father, Mario, was a widely respected national figure when he served as governor.

In addition, Cuomo should be smart enough to avoid the controversies that plagued his two predecessors. Eliot Spitzer resigned as governor in 2008 following a prostitution scandal. And David Paterson, who filled the remainder of Spitzer’s term, withdrew his name for consideration in the 2010 gubernatorial race after becoming embroiled in several improprieties.

But now into his third term, Cuomo is in trouble himself. Members of his administration improperly recorded the number of nursing home residents who died of COVID-19 since last year. He also has been accused by several women of sexual harassment and assault.

These are serious allegations and deserve to be thoroughly investigated. Many people are demanding that Cuomo be held accountable.

“The New York Assembly has launched an impeachment investigation into Gov. Andrew Cuomo, probing his administration’s handling of COVID-19 deaths in state nursing homes and allegations that the state’s longtime Democratic leader behaved inappropriately toward female aides,” according to a March 12 article in the Wall Street Journal. “Mr. Cuomo, who has denied touching anyone inappropriately, has said he wouldn’t resign over mere allegations and has asked lawmakers to reserve judgment until an independent investigation overseen by state Attorney General Letitia James, a Democrat, is completed. The governor’s office has said it is complying with federal probes into nursing home deaths.”

“After a three-hour emergency meeting, the state Assembly announced that it would give its judiciary committee broad jurisdiction to investigate allegations of misconduct against Mr. Cuomo, including the sexual harassment claims and his administration’s handling of virus-related deaths of nursing home patients. The decision set the stage for what could be the state’s first impeachment effort in more than a century,” a March 11 article in the New York Times reported. “The announcement came on the same day that 59 Democrats in the State Legislature — about 40 percent of the party’s members in the Assembly and the Senate — signed on to a statement demanding that Mr. Cuomo immediately resign in the wake of allegations from women, including current and former aides, who have accused him of harassment or inappropriate behavior.”

Expressions of outrage are understandable. If Cuomo is found to have engaged in such disturbing behavior, his leaving the governor’s mansion would be appropriate.

However, calls for his resignation or a quick impeachment and conviction are premature. We need to give authorities sufficient time to collect all the relevant facts and present them for public scrutiny.

His election represented the will of the people of New York, and due process is necessary here. This is especially important given the nature of the accusations against him. Those he is believed to have victimized deserve to have their stories investigated in full so that we’ll know the true extent of what occurred.

There may be additional incidents that must be looked into and other people involved. Short-circuiting this process by pressuring Cuomo to leave now would rob us all of the complete and accurate set of facts.

This is our government, and we need to know what took place and who is responsible. These goals can best be accomplished by allowing the investigative process to run its course.

Perhaps the governor is borrowing the tactics of Donald Trump knowing an investigation takes time the item needed to finish his term which I believe ends in 2022. His dad the honorable Mario Cuomo would be proud of Andy for hanging in there to the end. Go Andy.

“ His election represented the will of the people of New York” you mean NYC. Cuomo would have lost by over 180,000 votes if you take NYC out of the equation.. NNY is deep red...

I know you like to attribute NY's Democratic bent to NYC's population and Black and brown diversity but your prejudices and fears get in the way of the truth. Upstate cities that are solidly Democratic are Buffalo, Rochester, Syracuse, Albany and Ithaca, etc., and of the 27 congressional districts in NY, 19 are Democratic and 8 Republican. NY is a solidly Democratic state. NNY, the 21st District, and a handful of other districts are outliers. When Cuomo was elected, his election represented the will of the people across NY.

Chill out on the prejudice and fear nonsense and pitting one race against another. Look at the county election map for 2020. NY has a lot of red counties. More than blue by far. This is a urban/rural thing with a few weirdo situations with the hippies of Ithaca. I'm proud to say I'm a rural, conservative New Yorker. https://brilliantmaps.com/2020-county-election-map/