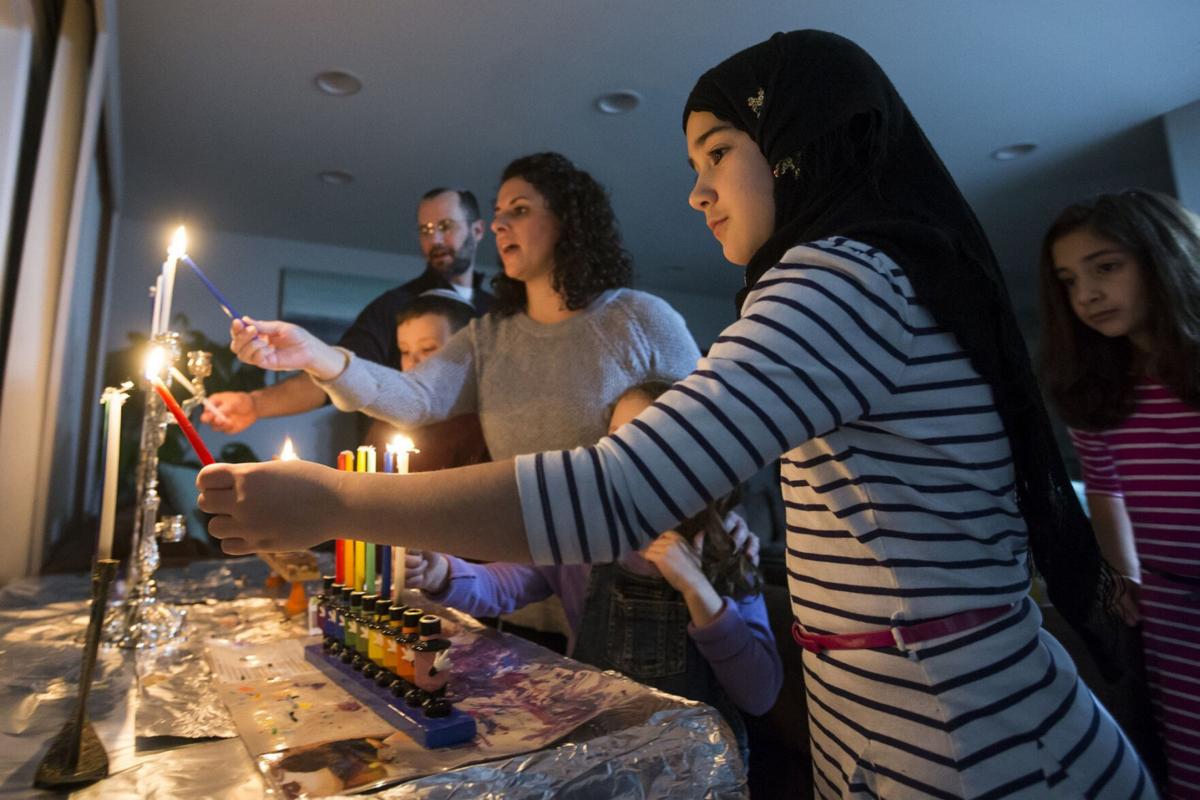 Yasemin Yildirim, foreground, helps members of the Bendat-Appell family light a menorah during a Hanukkah celebration at their home in Deerfield, Ill., on Dec. 17, 2017. Lou Foglia/Chicago Tribune 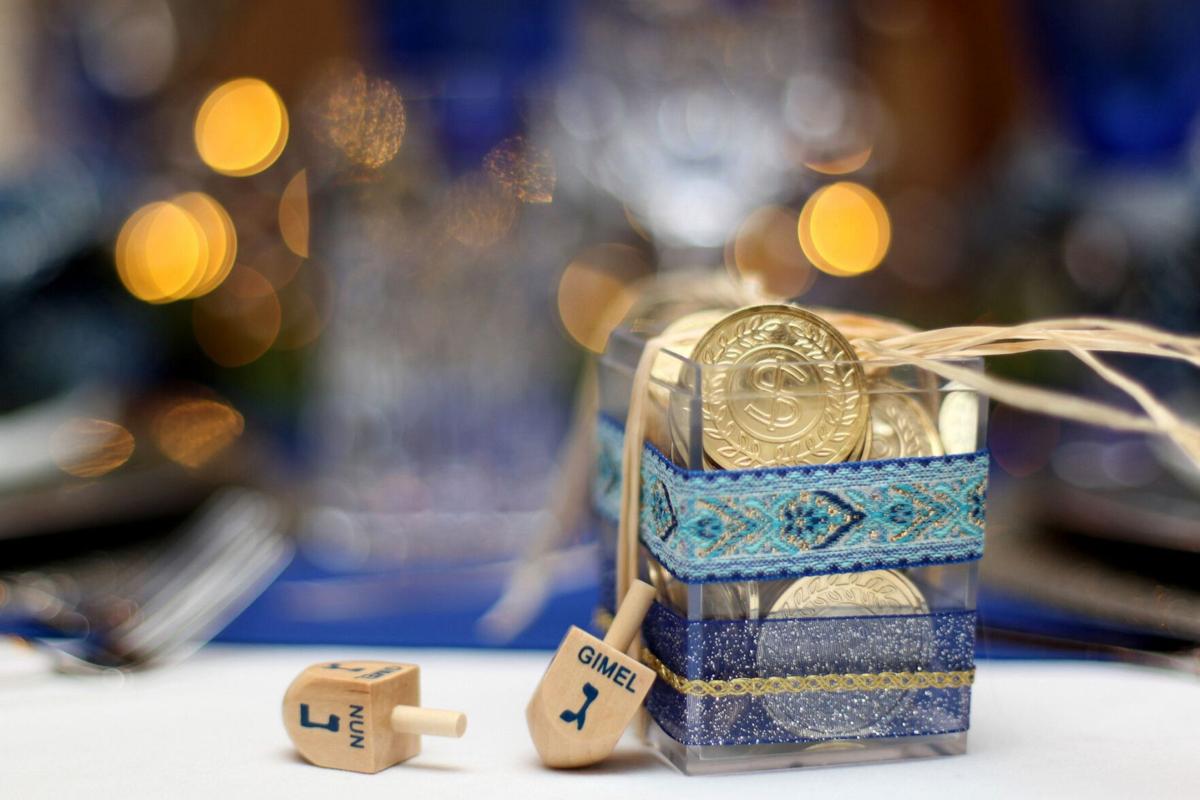 Children-focused items used during Hanukkah include a dreidel (a top) and gelt (coins). Jen Rynda/Patuxent Publishing

Yasemin Yildirim, foreground, helps members of the Bendat-Appell family light a menorah during a Hanukkah celebration at their home in Deerfield, Ill., on Dec. 17, 2017. Lou Foglia/Chicago Tribune

Children-focused items used during Hanukkah include a dreidel (a top) and gelt (coins). Jen Rynda/Patuxent Publishing

A shooting in Jerusalem a week ago reminded many Jewish people of the centuries of animosity they’ve endured.

Fadi Abu Shkhaydem killed a tour guide and injured four other individuals Nov. 21 near the Temple Mount, one of the holiest sites in Israel. The 42-year-old teacher from a Palestinian district in East Jerusalem was a senior member of Hamas. Security officers shot him dead shortly after he opened fire on people in the area.

This was “the first killing of a Jewish Israeli civilian by a Palestinian gunman since May,” according to a story published Nov. 21 by The New York Times. It further aggravated tensions between Israelis and Palestinians.

Some Jews called for metal detectors to be placed at the spot of the shooting. Palestinians oppose such a move as this area also is holy to Muslims. They call it the Noble Sanctuary, which includes the Aqsa Mosque.

The conflict between Jews and Arabs has been mired in decades of political differences over securing safety for the people of Israel and eventually creating a Palestinian state. Unfortunately, there’s no resolution at hand to the issue of peaceful coexistence.

In a broader sense, the Nov. 21 shooting compelled Jewish people to reflect on the struggle for freedom they’ve waged for years. It’s been a historic campaign, one that doesn’t appear to have an end in sight.

At sunset tonight, Jews around the world will begin celebrating Hanukkah. This holiday, which will last until sundown Dec. 8, tells the story of how they preserved their culture from annihilation.

Jews living in the second century BCE watched their faith become marginalized as they were forced to live under the rule of the Syrian-Greek Seleucid Empire. In 167 BCE, their temple was dedicated to the Greek god Zeus on the order of Antiochus IV Epiphanes. He also banned circumcision and permitted pigs to be sacrificed in the Jewish temple.

Faithful Jews witnessed the practice of their religion be prohibited. They had to accept the Hellenistic lifestyle to survive, and a growing number of them had begun to abandon the traditions of their forefathers.

Judaism was being pushed to brink of extinction through assimilation. Jews began resisting, and a revolt ensued.

Mattathias, a high priest, killed a Greek soldier who ordered him and other Jews to worship idols and eat the flesh of pigs. Mattathias also killed a villager who stepped forward to perform the acts that the high priest had refused to do.

His five sons — Eleazar, Jochanan, Jonathan, Judah and Simeon — joined other villagers in killing the remaining Greek soldiers. Mattathias and his sons then went into hiding to build support and strike when the moment presented itself.

The seeds of dissention had been planted. The Maccabean Revolt lasted for several years, with the Jews eventually overthrowing the Seleucid Empire.

They decided to cleanse their temple and start anew. Tradition holds that there only was enough oil to burn a menorah for one day, which would have violated the requirements of the Talmud.

But the oil lasted for eight days, according to legend. The temple was rededicated, and Judaism survived another attempt to destroy it.

Jews have been subjected to horrific acts of violence motivated by anti-Semitism, including the Holocaust. During each Hanukkah, also called the Festival of Lights, they reflect on all that they’ve overcome and how committed they are to flourish.

While their history has its share of tragedy, Hanukkah reflects the triumph of the Jewish people to keep their heritage alive. May this inspire all of us to work for peace and freedom across the globe.