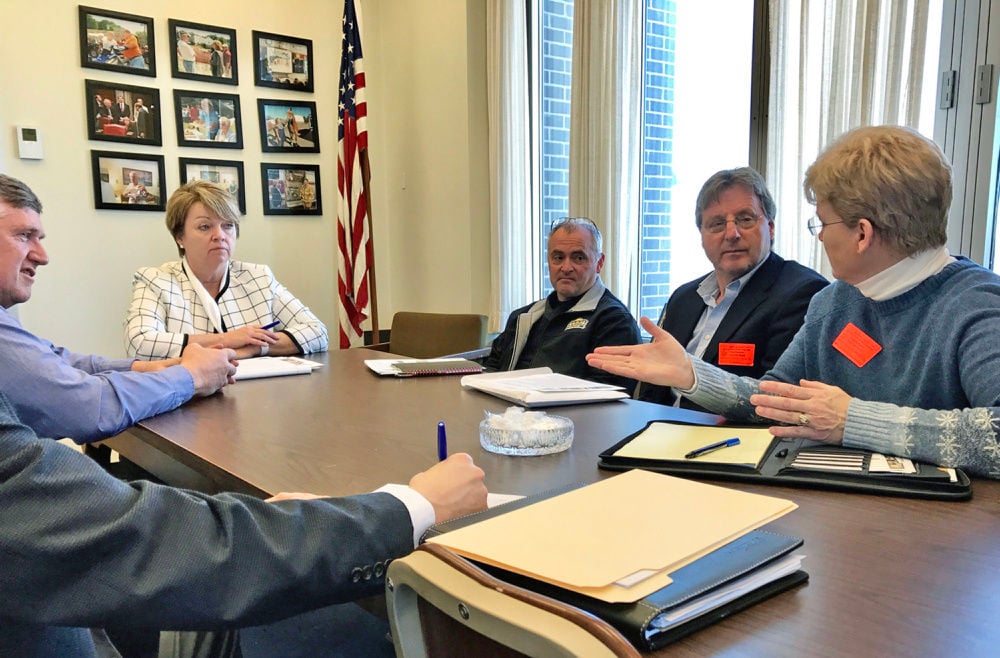 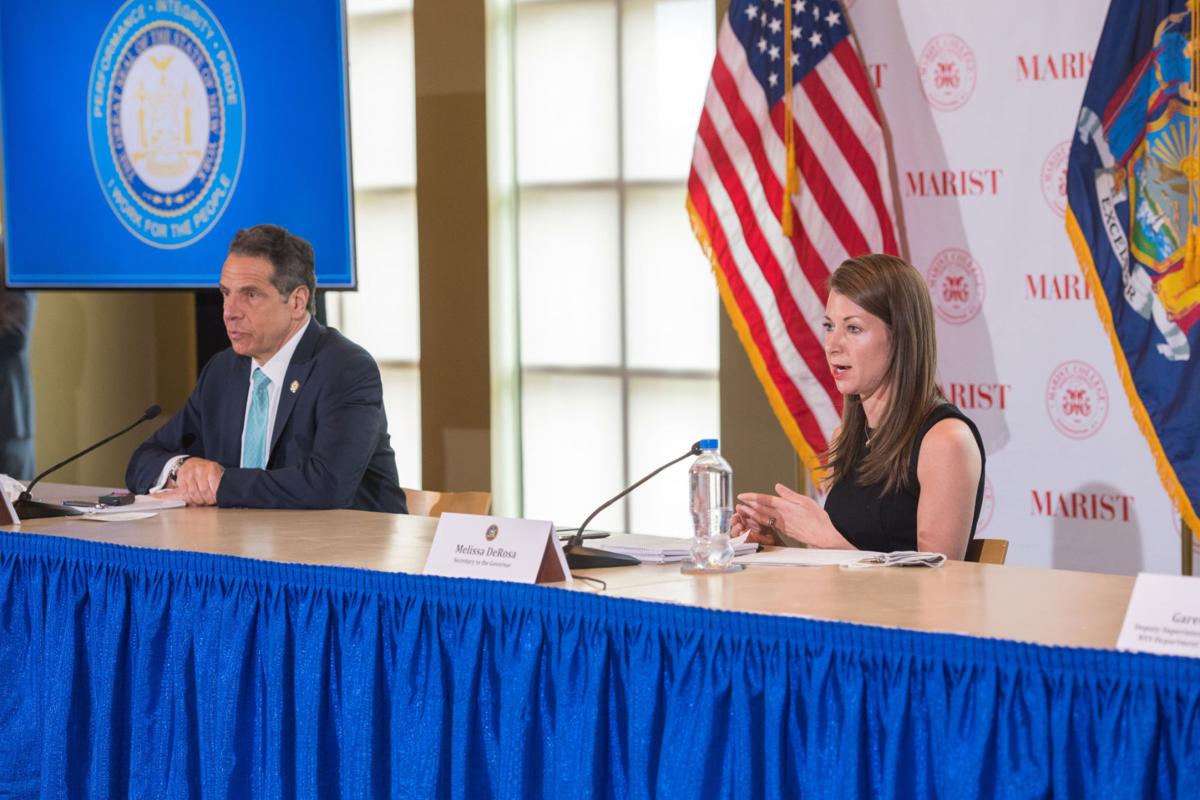 Secretary to the Governor Melissa D. DeRosa speaks about the state’s backlogged unemployment benefits due to milions of applications in the wake of the novel coronavirus pandemic during a briefing at Marist College in Poughkeepsie on Friday. Courtesy of Gov. Andrew M. Cuomo’s office

Secretary to the Governor Melissa D. DeRosa speaks about the state’s backlogged unemployment benefits due to milions of applications in the wake of the novel coronavirus pandemic during a briefing at Marist College in Poughkeepsie on Friday. Courtesy of Gov. Andrew M. Cuomo’s office

There’s no doubt that New York has been hit with a mind-boggling number of claims for unemployment insurance as a result of stay-at-home orders.

Melissa D. DeRosa, secretary to the governor, said last week that the state paid $2.1 billion in unemployment benefits for all of 2019. But in a span of seven weeks, New York paid $6.8 billion in benefits to 1.6 million people, she said.

State Labor Commissioner Roberta Reardon recently said revisions are being made to the Department of Labor’s website. Individuals filing for unemployment insurance will receive texts and emails about where their applications stand when their claims reach specific milestones.

These comments were made following criticisms leveled at the Cuomo administration for how poorly the system is working regarding numerous claims. Many people have said they have been unable to complete their unemployment insurance application. They have gone nearly two months without any income.

State authorities said they’ve devoted whatever resources they can to resolve the problems. Let’s hope this finally addresses the concerns of those who have no other means to support themselves and their families.

State Sen. Patricia A. Ritchie, R-Heuvelton, said her office has been flooded with calls from residents who cannot obtain the unemployment funds they are owed. She said the system must be fixed and that Ms. Reardon should be removed from her position. Mr. Sterne decided to go low by issuing this statement:

“We’re moving faster and more aggressively in New York than any other major state, paying over $5.8 billion in benefits to 1.5 million New Yorkers in just two months — nearly three times the amount paid in all of last year. Commissioner Reardon and thousands of state employees are working 24/7 to process applications and get New Yorkers their benefits, and we won’t let cheap shots from cheap politicians distract us from that work.”

While we understand that people’s nerves are becoming frayed over our prolonged circumstances, this reply is unacceptable. Mrs. Ritchie spoke out on behalf of her constituents who are hurting because of major problems that state officials cannot seem to repair.

For Mr. Sterne to refer to her as a “cheap politician” is beneath the dignity of this administration. But Mrs. Ritchie took it in stride:

“Today I called for change at the New York State Department of Labor after receiving thousands of calls from constituents who have been waiting six to eight weeks for their unemployment claims to be processed,” she said in a statement. “Instead of providing real answers as to why this is happening, the governor’s spokesperson resorted to calling me a ‘cheap politician.’ If the bureaucrats in Albany want to pat themselves on the back about how well this process is working, have them come and explain themselves to the single mom in Ogdensburg who has been waiting seven weeks to receive one dollar. Or the small business owner in Watertown who was forced to close and has $20 left in her bank account. People are suffering. And if the governor’s spokesperson thinks my standing up for them makes me a cheap politician, then so be it.”

It’s good that Mrs. Ritchie is standing up for the people she represents. Members of the Cuomo administration could learn a thing or two from her about serving constituents rather than insulting them.

Sadly, we have commenters like "Iron" who lightly dismiss insults to women (and, from previous posts I would assume quite a plethora of other non-favored groups).This is what prejudice looks like and this is exactly how it is perpetuated.

Richie made a cheap shot...............at an employee. Under disaster conditions, this state employee tried to get an antiquated system to perform, it is going to take a couple weeks. Richie never accepted the costs of a ysystems upgrade, but she is ready to throw a hard working dedicated employee under the bus. This is not a way to lead, she is indeed a cheap politician.

As I said elsewhere:

Who is this idiot, Jack Sterne? Would he have used such demeaning language if he was talking about a man? I doubt it.

It is embarrassing to have such behavior and language representing out state.

He heeds to make a public apology and then to just leave.

Cuomo -- you can get better staff than this.

Trump took a dump on every American POW when he said “I like heroes who weren’t captured”.

Republicans then voted for Trump in record number. Them calling anyone “cheap” or “classless” is endlessly hilarious. Trump’s fondness for cheating on his wife with adult film stars shows true class!

Hmmm, let me get this straight, Trump is fomenting hate because you hate Trump?

Better break out the tissue because you’re going to need it in November...

No, it’s that you support a president who is a draft dodger himself and disrespects those who did serve. Not complicated. You must be from the Dennis Hastert Party.

Nope, you must be from the Biden Party..