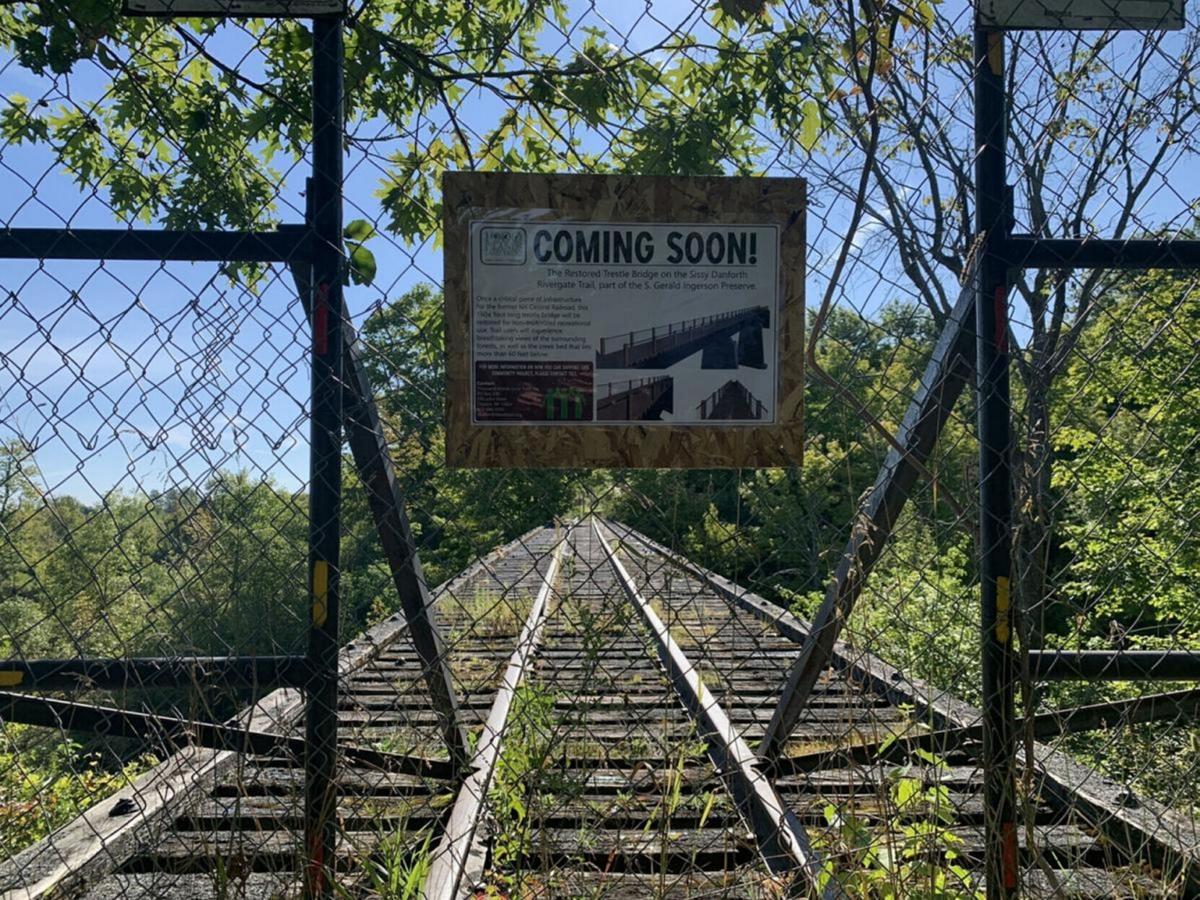 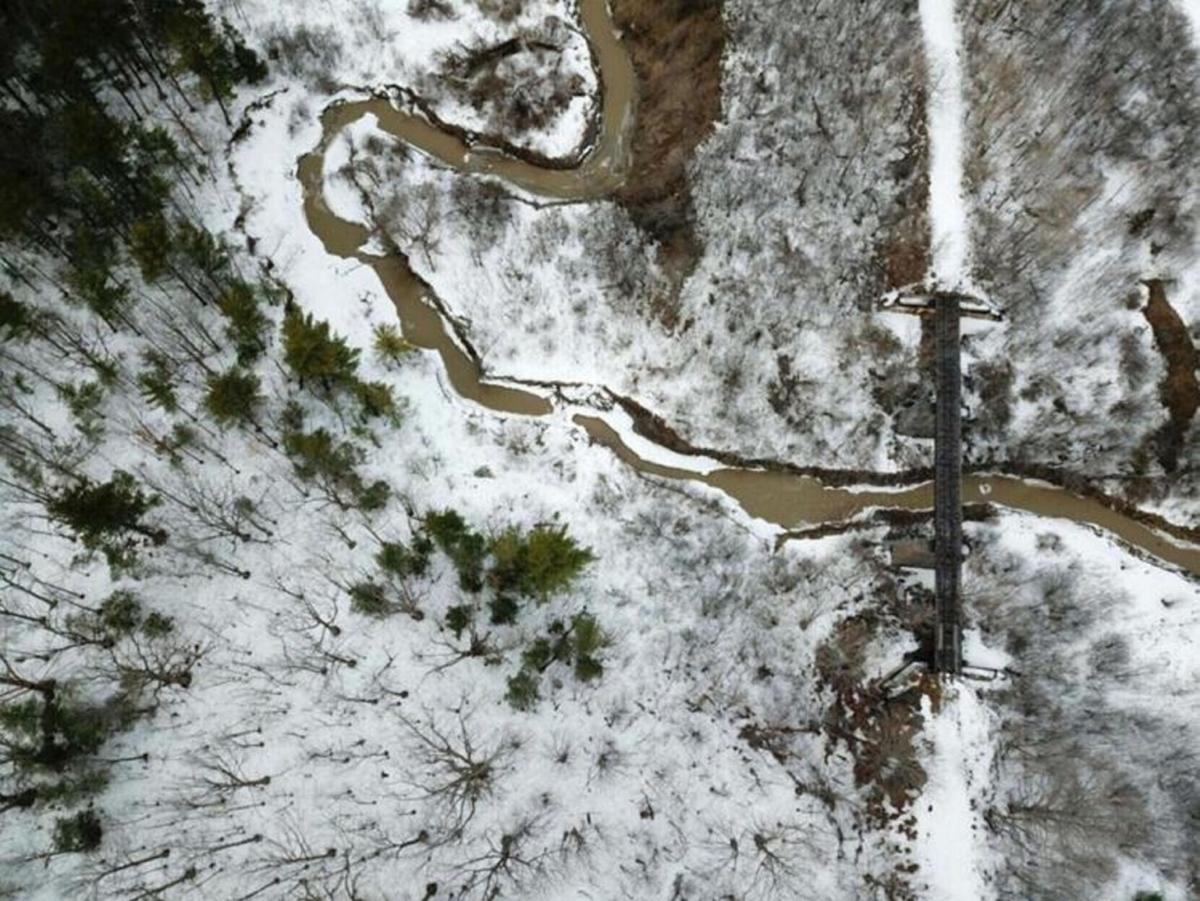 Earlier this year, the Thousand Islands Land Trust announced a campaign to raise funds to make renovations to the McCarn Creek bridge.

Seeing the bridge renovated has long been a goal of TILT. Completing this plan would connect a portion of the Sissy Danforth Rivergate Trail. Work on the project began Oct. 11.

“The railroad trestle over McCarn Creek along the Sissy Danforth Rivergate Trail is decaying and has been fenced off for several years. People who use it now must gingerly walk down the banks of the creek and climb the other side, either as they head toward LaFargeville or in the opposite direction toward Clayton — in both instances usually with wet feet. In 1993, the Thousand Islands Land Trust began acquiring pieces of the old New York Central/Penn Central Railroad bed in Clayton, Orleans, Theresa, Redwood and Philadelphia. The rails-to-trails project, now 25 miles long, is named for former director, Louise ‘Sissy’ Danforth, who was the inspired energy behind its development. It’s a multi-use trail in several sections that can be accessed from multiple points,” according to a story published Oct. 13 by the Watertown Daily Times. “For the safety of the public, the portion of the Sissy Danforth Rivergate Trail that runs through the S. Gerald Ingerson Preserve will be temporarily closed from the trailhead parking lot at East Line Road to Black Creek Road in the town of Clayton. All other sections of the Rivergate Trail will be open to the public for non-motorized recreation.

“In LaFargeville, the trail can be accessed along Theresa Street, across from LaFargeville Agway. From that direction, it’s about 5 miles to the trestle. The distance to the trestle from Clayton’s East Line Road is about three-quarters of a mile. Also part of the trail is an entrance marked with a sign off Route 12, just before the Clayton Country Club. From there, the trail goes to East Line Road. The trestle work is being performed by Clayton-based High Hill Excavation. Work will include new girder bearings, wood support beams, decking and safety rails. The project’s goal was $610,000,” the article reported. “Earlier this year, TILT said that due to a matching gift from the Northern New York Community Foundation, it would take approximately $39,000 to reach the goal. A $50,000 matching gift from Dan and Lauren Throop has helped to power the fund drive, along with additional drives by TILT. TILT eventually plans to link the trail to the village of Clayton and is in the process of securing the easements and land to allow it to do that.”

This is a tremendous undertaking by TILT. We’re pleased that its fundraising efforts for this project have worked.

“We’re restoring this piece of history and it’s going to continue to be part of our culture,” Terra L. Bach, director of development and communications for TILT, said in the story. “All of it is a beautiful thing to be proud of.”

We agree. Congratulations to everyone at TILT for their dedication to seeing this project through and to all of their supporters for making the work possible. It will enhance our region for years to come.