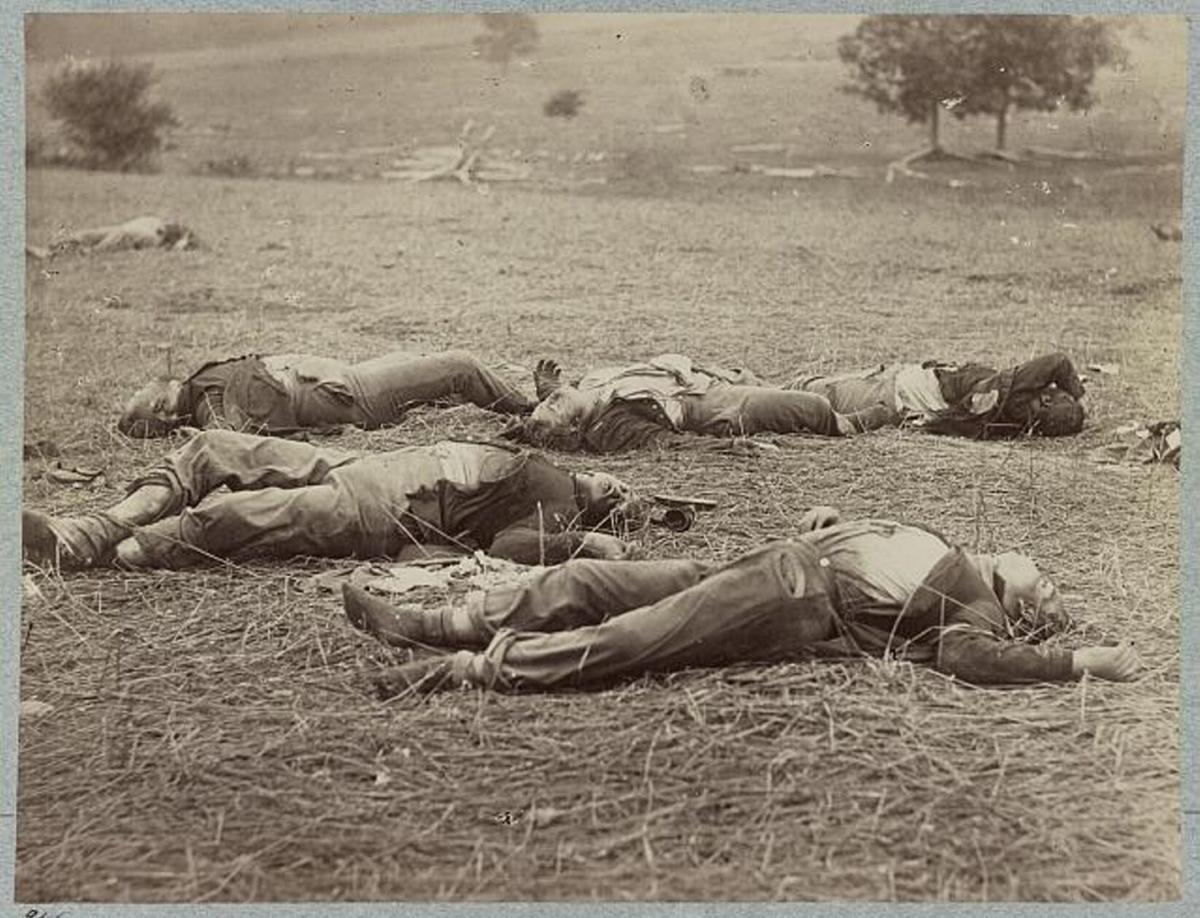 Timothy H. O’Sullivan captured this image of several Union soldiers killed after the first day of the Battle of Gettysburg in Pennsylvania on July 1, 1863. Library of Congress 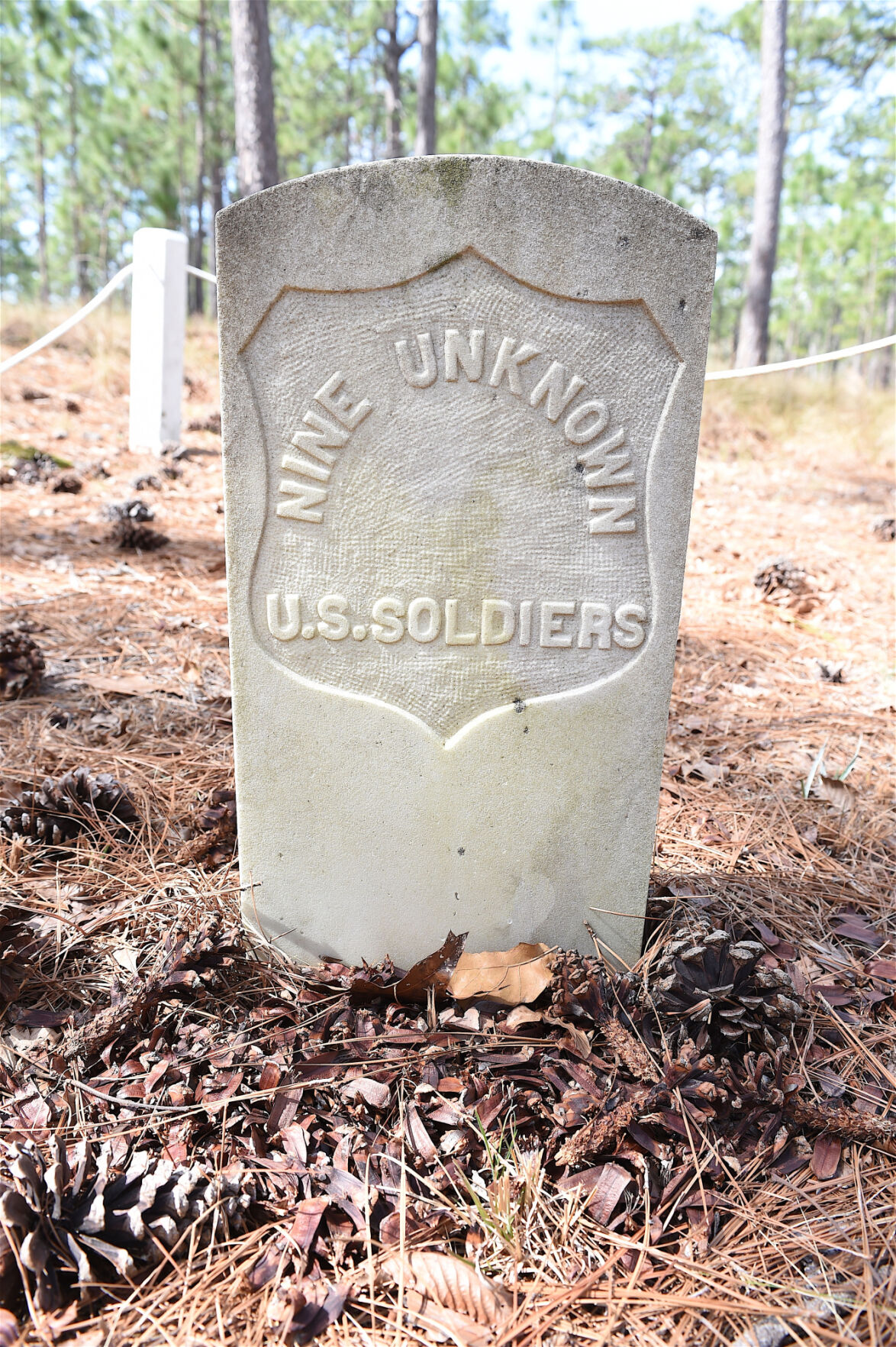 Timothy H. O’Sullivan captured this image of several Union soldiers killed after the first day of the Battle of Gettysburg in Pennsylvania on July 1, 1863. Library of Congress

LeRoy Pope Walker, the first secretary of war for the newly declared Confederate States of America, predicted that all the blood spilled as a result of secession could be cleaned up with one handkerchief.

And the initial battle of the Civil War seemed to prove him right. The only death to occur during the South Carolina militia’s assault on Fort Sumter in Charleston Harbor was that of a horse.

Many people shared Walker’s belief that any armed aggression between the country’s Northern and Southern states would be brief and relatively bloodless. Short-term enlistments, measured in months rather than years, demonstrated the conviction on the part of soldiers that a pending war wouldn’t last long.

The fall of Fort Sumter in April 1861 confirmed the view of Americans that while inevitable, a conflict would be a minor affair. A decisive victory could well bring this issue to a conclusion.

But then casualties began piling up in one battle after another. Few people were prepared for the enormity of death that would grip the nation over the next four years.

Then came the Battle of Antietam. Sept. 17, 1862, remains the bloodiest single day in the history of U.S. armed conflict.

It’s inconceivable there was a time when the U.S. government did not make efforts to identify the bodies of dead troops, notify the next of kin regarding casualties or offer proper burials for military personnel killed in battle. But before the Civil War, this wasn’t the case. Military comrades, families, friends and communities often had to undertake these tasks themselves.

However, the magnitude of death from 1861 to 1865 compelled the government to take over these obligations. Americans felt overwhelmed with how widespread the killing had become.

Between 620,000 and 750,000 troops are estimated to have died during the Civil War — two out of three of them due to disease. This represented 2% of the U.S. population at that time, which was about 31 million.

If 2% of the U.S. population was killed in war today, it would amount to between 6 million and 7 million U.S. military personnel. It’s difficult to grasp the emotional toll this took on Americans in the mid-19th century.

One way for them to express their grief has become a meaningful tradition. They set aside time to adorn the graves of lost loved ones and commemorate the sacrifices they made.

Such events were organized in the years following the Civil War and went by various names. Maj. Gen. John A. Logan, head of the Grand Army of the Republic, designated May 30 as Decoration Day in 1868. In 1966, members of Congress and President Lyndon Johnson chose Waterloo in New York’s Finger Lakes region as the official birthplace of Memorial Day because of a ceremony held there in 1866.

But one of the earliest documented events to honor the nation’s war dead was held by individuals who truly knew what was at stake in the Civil War.

The Washington Race Course and Jockey Club in Charleston, S.C., had been converted into a prison for Northern troops. Shortly after the city’s fall, former slaves created a cemetery for the Union soldiers who died there. Nearly 260 military personnel were buried in unmarked sites at the race track, and Black people dug new graves and gave them proper burials.

They built a fence around the site and wrote the inscription “Martyrs of the Race Course” on it. Then on May 1, 1865, members of the Black community in Charleston organized a grand ceremony to pay tribute to those who fought and died for their freedom.

How appropriate it is that those who had endured the oppression of slavery launched a tradition to memorialize those who made their liberation possible. It’s equally fitting that this occurred in the very city where the Civil War began 160 years ago.

Each year, Memorial Day beckons us to honor the men and women who died preserving our freedom. As we reflect on this landmark anniversary of the start of the Civil War, which claimed more lives than any other U.S. conflict, let us rededicate ourselves to building a world where such sacrifice is no longer necessary.