Anne McCloy, a news anchor for Albany television station WRGB, tweeted Wednesday about her frustration with not being called upon by Gov. Andrew M. Cuomo during his public appearances. Screenshot 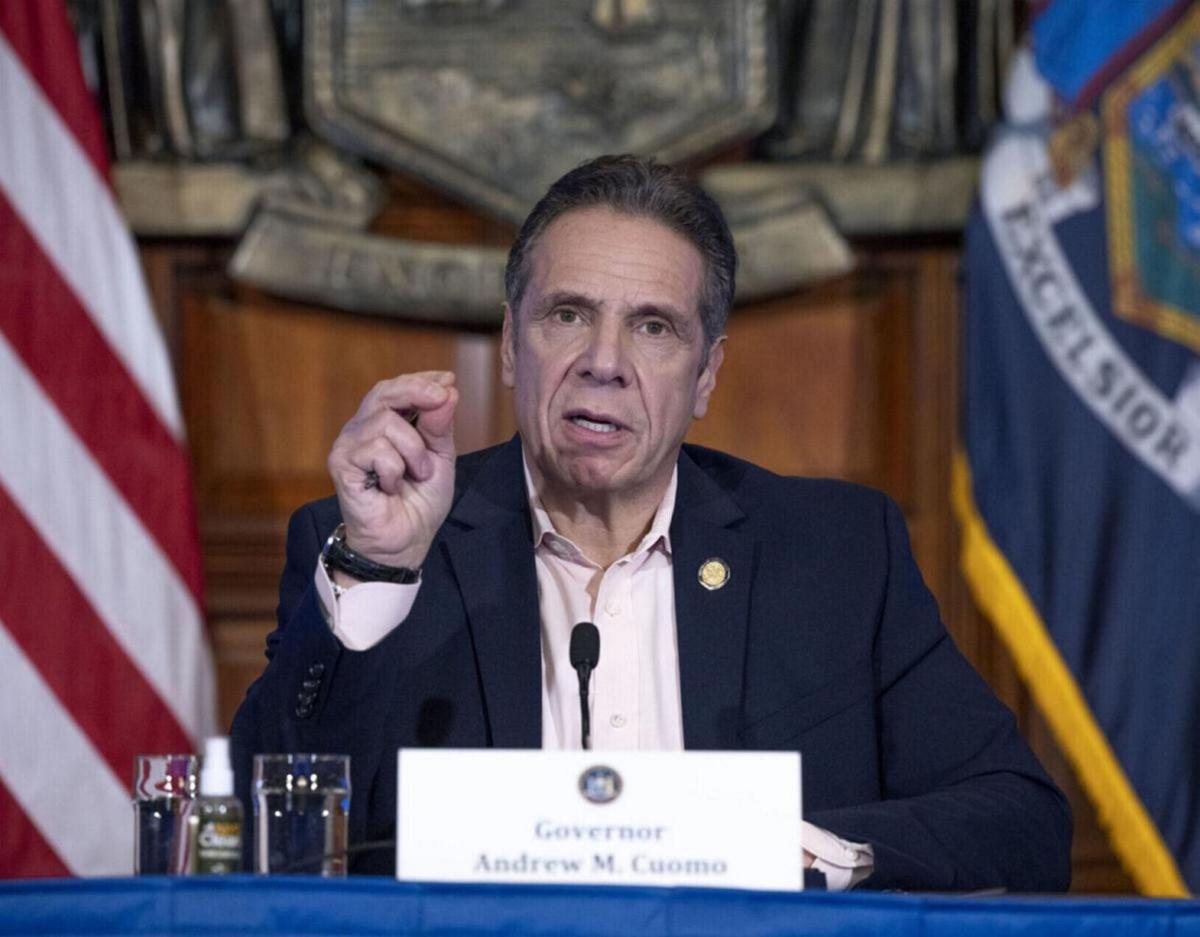 Anne McCloy, a news anchor for Albany television station WRGB, tweeted Wednesday about her frustration with not being called upon by Gov. Andrew M. Cuomo during his public appearances. Screenshot

In January, the office of state Attorney General Letitia A. James released a report documenting how the Cuomo administration provided misleading statistics on people who died from COVID-19. It identified these individuals as nursing home residents only when they actually died in nursing homes. Those who lived in long-term care facilities but died in hospitals were not specifically classified as such.

In addition, Cuomo faces multiple accusations of sexual assault and sexual harassment. He has denied any wrongdoing and said he won’t accommodate calls for him to resign.

So we understand that Cuomo may feel a tad gun-shy about appearing in public. He doesn’t want to get put on the spot about these controversies.

But if Cuomo is going to insist on remaining governor, he needs to understand that harsh scrutiny comes with the job. He’s ignored many members of the Capitol press corps during his novel coronavirus briefings over the past few months. Those of us in the news industry have a responsibility to ask tough questions, and Cuomo isn’t going to make vigilant reporters disappear simply by pretending they don’t exist.

“Reporters at the state Capitol are calling on Gov. Andrew M. Cuomo to consider equity when picking which journalists get to ask questions during the governor’s virtual news conferences, including giving more transparency and accessibility to the press. The Legislative Correspondents Association, made up of dozens of reporters and editors from various news outlets who cover the state Capitol in Albany, sent a letter [Feb. 1] requesting Cuomo allow reporters to ask at least one follow-up question; diversify which reporters are selected for questions by taking into account race, ethnicity, gender and age; and alert news outlets at least two hours in advance of his public appearances,” according to a story published Feb. 4 by the Times Union in Albany. “When the coronavirus pandemic engulfed New York last year, the governor shifted his briefings — typically held in the Red Room at the state Capitol — to conference calls and also to the popular online platform Zoom. But who gets picked to ask a question and their inability to ask follow-up questions for clarity have plagued Albany reporters for months, who have taken to social media channels to highlight the inequities. Some reporters described that despite taking part in dozens of the governor’s briefings and requesting to ask a question, they are passed over for reporters who Cuomo and his executive team appear to favor.”

Trying to micromanage media coverage is nothing new for the Cuomo administration. Jimmy Vielkind, who covers state government and politics for the Wall Street Journal, revealed in a Dec. 7, 2017, article in Politico that Cuomo staffers have at times attempted to plant questions.

Anne McCloy, a news anchor for Albany television station WRGB, posted a comment Wednesday on Twitter about the ongoing problem with asking questions during news conferences. She said was again passed over even though she indicated she had a question. She also disclosed that some questions that reporters had asked couldn’t be heard because of “technical problems” during the virtual events.

Just as journalists are free to ask about the scandals that have plagued him for the past few months, Cuomo is free to declare that he won’t address them. But by primarily selecting reporters who won’t rock the boat and ignoring those who will is a dereliction of his duty. Difficult questions posed to him are appropriate, and he must accept them as they are presented.

And people keep electing him, that’s the scary part.

Surprise, surprise a lesson right from the Biden/Psaki playbook

With COVID restrictions easing, are you making plans to travel?