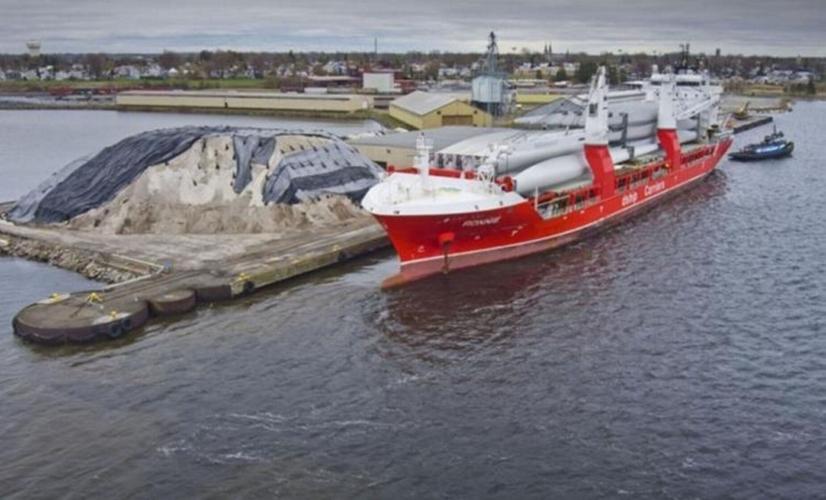 The cargo ship MV Ronnie with a load of wind turbine blades is ushered into the Port of Ogdensburg by the tugboat Madison R. on April 27. Christopher Lenney/Watertown Daily Times 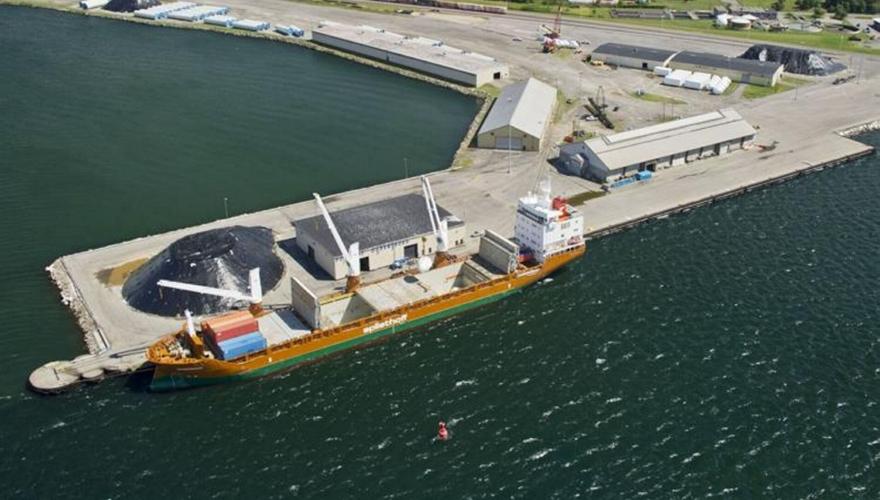 This photo provides an aerial view of the Port of Ogdensburg. It’s been more than 30 years since Ogdensburg Harbor has been dredged. Christopher Lenney/Watertown Daily Times

The cargo ship MV Ronnie with a load of wind turbine blades is ushered into the Port of Ogdensburg by the tugboat Madison R. on April 27. Christopher Lenney/Watertown Daily Times

This photo provides an aerial view of the Port of Ogdensburg. It’s been more than 30 years since Ogdensburg Harbor has been dredged. Christopher Lenney/Watertown Daily Times

It’s unfortunate that the Ogdensburg Bridge and Port Authority has felt it necessary to abandon its plans to dredge Ogdensburg Harbor.

The OBPA reached an agreement with the federal government five years ago. This project would have modified a 300-by-500-foot section of the federal channel to an authorized depth from 19 feet to 27 feet, according to a story published June 1 by the Watertown Daily Times.

However, the OBPA found it couldn’t put up the substantial funding required on its end to get the project underway. The major problem with this is that the cost of the plan escalated drastically from an initial $11.4 million to $29.5 million.

Money for the project would come from both the federal and state governments. This left a huge gap of more than $11 million that the OBPA could not fill.

Given the fiscal challenges the OBPA has faced over the years, it’s understandable that the agency could not meet this requirement. So it asked what the state wants it to do with the money that New York contributed to the project.

The OBPA would like to use the $5.8 million left over to extend a dock at the Port of Ogdensburg. The state gave $6.1 million toward the dredging plan, of which $300,000 was used for bid work and design.

“The dock expansion would extend a 1,200-foot dock by another 500 feet, which would make more space for ships to load and unload,” the article reported.

This is certainly a worthwhile goal. Increasing the space for ships to dock and move their goods would improve operations.

If the dredging project cannot be done, we urge the state to approve this new request by the OBPA.

But despite its costs, officials should still find a way to undertake the dredging of Ogdensburg Harbor. The last time the harbor was dredged was in 1984. It’s long past time for this work to be completed here again.

Ships passing through the St. Lawrence Seaway have been snagged in this area, so it’s important to see this project carried out. This is one of the few shipping ports along the Seaway.

With the money it needs to put into repairing and maintaining the Ogdensburg-Prescott International Bridge, we agree there’s no way the OBPA could commit $11 million to this project. The state and federal governments should put forth the bulk of the money needed. Because it also benefits from commercial activity through the Seaway, Canada should contribute financially as well.

Shipping is vital to Northern New York, Canada and the rest of the world. Moving goods this way is the most effective for many business enterprises.

This requires waterways that are clear of the debris that builds up over the years. Loosening ships that become stuck ties up valuable time and resources that could be put to better use.

We understand this is a lot of money for a dredging project. But the situation will only get worse as more years pass.

We hope that federal and state officials will reconsider this plan and come up with the additional $11 million needed to implement it. If this work isn’t done now, imagine how expensive it will be to complete it down the road. This is a plan that must be carried out, and now is the time to do it.