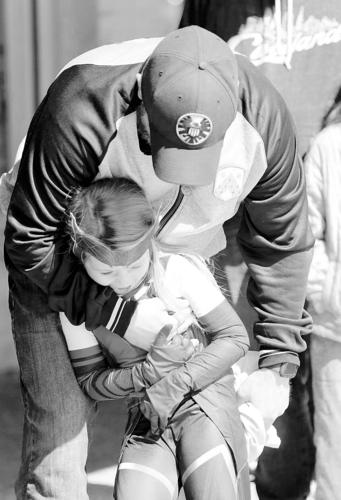 Olivia Dieleman, dressed as Wanda Maximoff, and her father, Josh, share a laugh as they wait in line May 7 during Free Comic Book Day at Carol and John’s Comic Book Shop in Cleveland. Joshua Gunter/cleveland.com/Tribune News Service 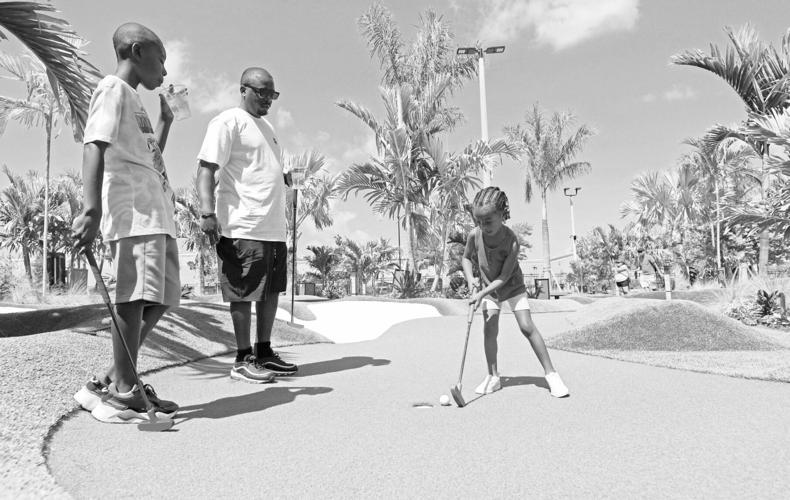 Olivia Dieleman, dressed as Wanda Maximoff, and her father, Josh, share a laugh as they wait in line May 7 during Free Comic Book Day at Carol and John’s Comic Book Shop in Cleveland. Joshua Gunter/cleveland.com/Tribune News Service

The idea of commemorating fathers each year began through the efforts of a woman who knew how blessed she was to have had in her life the man who became her dad.

Sonora Louise Smart Dodd of Spokane, Wash., heard a Mother’s Day sermon at her church in 1909, according to a story published on the website for The Farmer’s Almanac. She thought that honoring fathers in the same way would be a good idea. Her father, William Jackson Smart, was a Civil War veteran and raised six children as a single parent.

“On June 6, 1910, Dodd approached the Spokane Ministerial Association and the local Young Men’s Christian Association with her petition outlining the idea for an annual observance, and she received overwhelming support. Spokane held its first Father’s Day celebration on Sunday, June 19, 1910, with moving speeches by her own pastor and those from other area churches,” the article reported. “The first U.S. president to celebrate it was Woodrow Wilson in June of 1916, who opened the church services by telephone to Spokane from the Oval Office. Wilson liked the idea so much of a day of observation for fathers that he pushed to make it a national holiday (he had just made Mother’s Day official in 1915). But members of Congress resisted, fearing that such a day would take away support from the Mother’s Day holiday and commercialize the day for fathers, causing more harm than good. Undeterred, Dodd took her mission on the road and spoke publicly to fathers to gain their support. But she was met with hard criticism. According to The Spokesman-Review, they laughed at her and said they didn’t want a Father’s Day. ‘A national fishing day would be better,’ they told her.”

It wasn’t until 1966 that Father’s Day finally received national recognition. President Lyndon B. Johnson issued an executive order that year to have this holiday celebrated on the third Sunday of June.

It took another six years for this to become permanent. In 1972, President Richard M. Nixon signed a proclamation to commemorate Father’s Day as a federal holiday each year.

While it’s unfortunate that it took so long to create this holiday, we’re pleased that it eventually happened. Fathers play a critical role in our society, and showing how much we cherish them is appropriate.

Neckties have long been the traditional present that people give their dads on Father’s Day. However, the real gift is something much more meaningful: The “tie” that connects them to the people they love most.

Parents watch their children grow up far too quickly, and reserving time for special moments together would do your father a world of good. The novel coronavirus pandemic made gathering in person unwise for many families for the past two years, so a phone call or video chat had to suffice. We hope most people are now able to resume in-person celebrations.

As Americans celebrate this wonderful occasion today, we should all keep the ties that bind foremost in our thoughts. The most meaningful present anyone can give their dad is their presence.

Neckties may eventually fray and be discarded. But memories of special times like Father’s Day spent together will last an eternity.

To all the men who are involved in some way in raising and/or influencing children for the better, Happy Father’s Day!