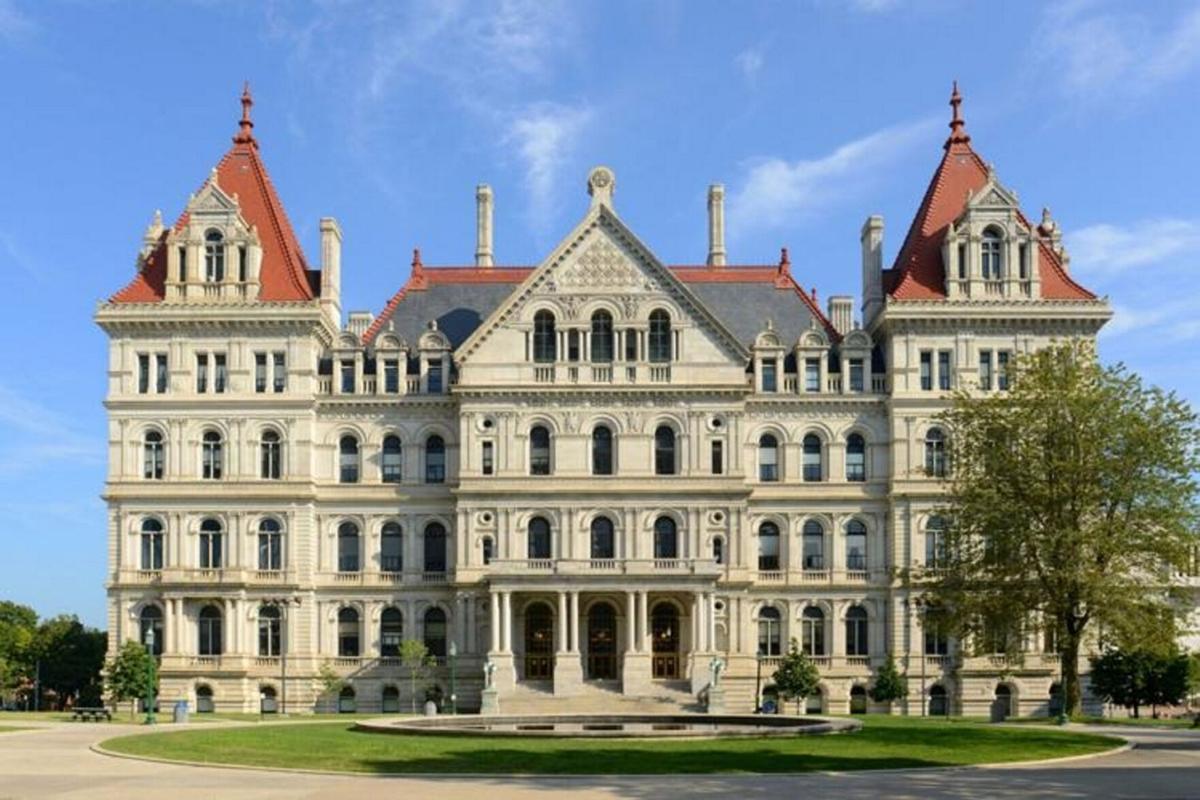 A view of the state Capitol building in Albany. Dreamstime/Tribune News Service 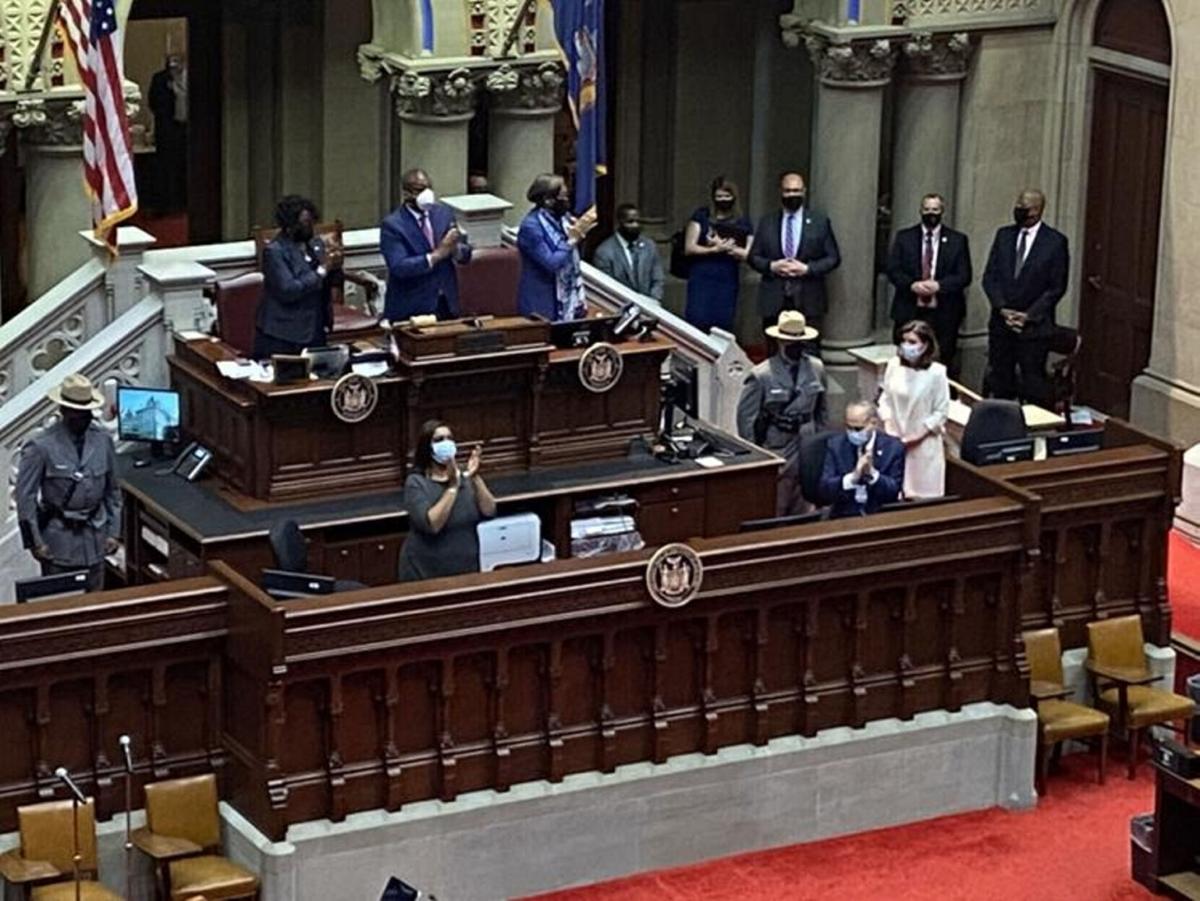 Officials applaud from the Assembly balcony after Gov. Kathy Hochul delivered her State of the State address in the chamber Jan. 5 in Albany. Courtesy of New York Legislative Correspondents Association

A view of the state Capitol building in Albany. Dreamstime/Tribune News Service

Officials applaud from the Assembly balcony after Gov. Kathy Hochul delivered her State of the State address in the chamber Jan. 5 in Albany. Courtesy of New York Legislative Correspondents Association

Hochul gave her speech Jan. 5 in the Assembly chamber of the State Capitol Building. This was a departure of practice from her predecessor. Former Gov. Andrew Cuomo presented his annual addresses at the Empire State Plaza Convention Center in Albany.

Among her goals for the coming year, Hochul touted measures designed to uplift the economy.

“The state will rebuild and invest in several industries deeply affected by the pandemic, including targeted tax relief for small businesses, and a tax rebate to middle class families, Hochul said. The state will provide $100 million in tax relief for 195,000 small businesses to help overcome the pandemic-related economic downfall,” the story reportd. “Hochul proposed providing $1.2 billion in middle class tax cuts for about 6 million New Yorkers and a $1 billion property tax rebate for more than 2 million families. The governor also promised to create a new overtime farm workforce tax credit, increase the farm workforce retention tax credit through 2025 and increase the investment tax credit for all state farms as farmers wait for the state Department of Labor Wage Board to decide to lower the overtime threshold from 60 hours to 40.”

Hochul’s call for tax relief is certainly noble. New Yorkers are among the highest-tax residents of any state in the country. Cutting this burden would be most welcome.

However, we’re not sure she’s taking the right approach. She emphasized reducing the pinch of taxes for middle class residents and small businesses.

But we didn’t hear anything about all cutting the spending going on in Albany. The most pertinent question remains, how does Hochul intend to pay for these tax reductions? E.J. McMahon, founder and a senior fellow at the Empire Center for Public Policy, has some analysis.

“In her first State of the State message today, Gov. Kathy Hochul pledged to accelerate scheduled personal income tax cuts for ‘middle class’ New Yorkers, with a fiscal impact she pegged at $1.2 billion,” McMahon wrote in a Jan. 5 article posted on the group’s website. “That figure sounds large but doesn’t amount to all that much in a multi-year state fiscal context; even combined with a $1 billion ‘property tax rebate’ also promised by the governor, the PIT reduction stacks up an election-year voter gratuity rather than a significant, growth-boosting reduction in the tax burden. Conveniently enough, Hochul’s proposed tax cuts effectively would be subsidized by historically large (and, in part, supposedly temporary) tax increases for New York’s highest-earning residents, approved last spring as part of her predecessor’s last budget.”

The key to economic growth is to reduce the need for such high taxes through some spending cuts. If state officials don’t look at the other side of the ledger, they’ll always be tempted to seek more revenue for their incessant spending needs. Hochul is merely continuing the trends of her predecessors, and that absolutely won’t bring in a new era for New York.

Where’s the “Thank you for this excellent article” praise from the left? Oh, the editorial is critical of the democrats tax and spend philosophy. Hypocrisy of the left is immeasurable.