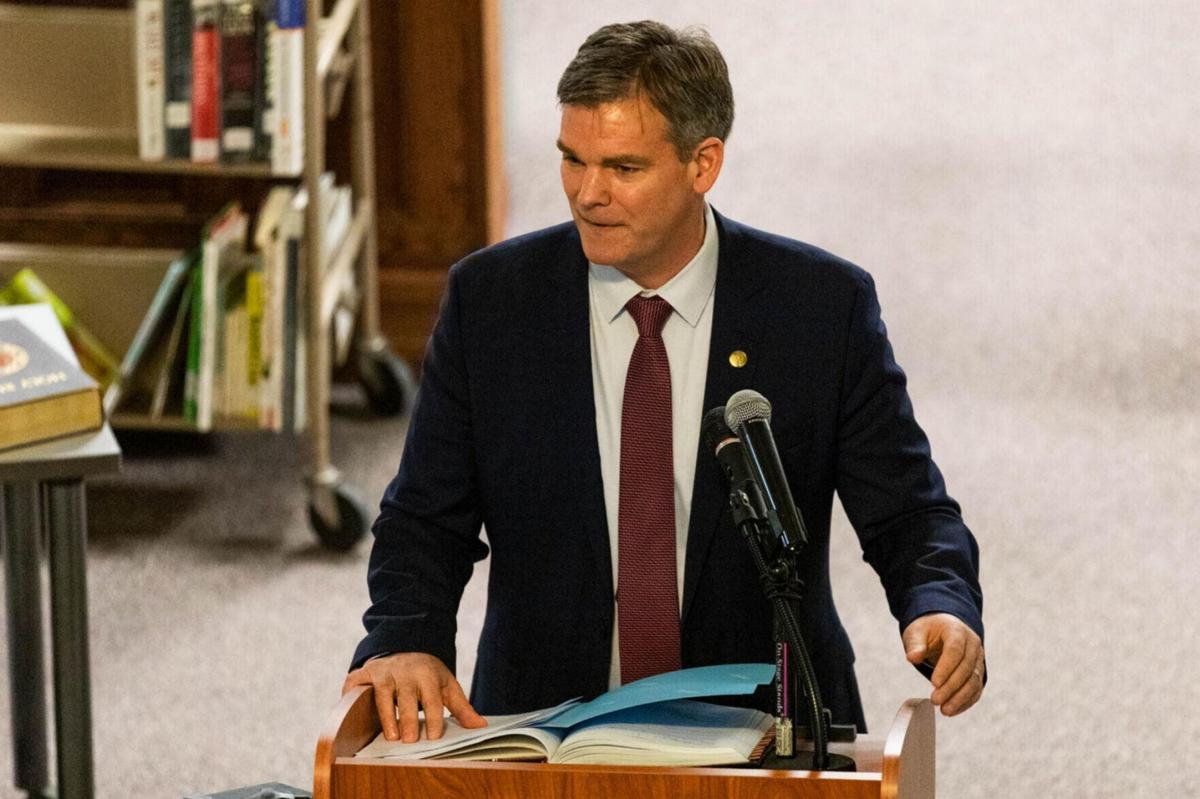 Watertown Mayor Jeffrey M. Smith and other members of the City Council have been conducting interviews for a successor to Jesse C.P. Roshia, who resigned earlier this year, behind closed doors. Sydney Schaefer/Watertown Daily Times 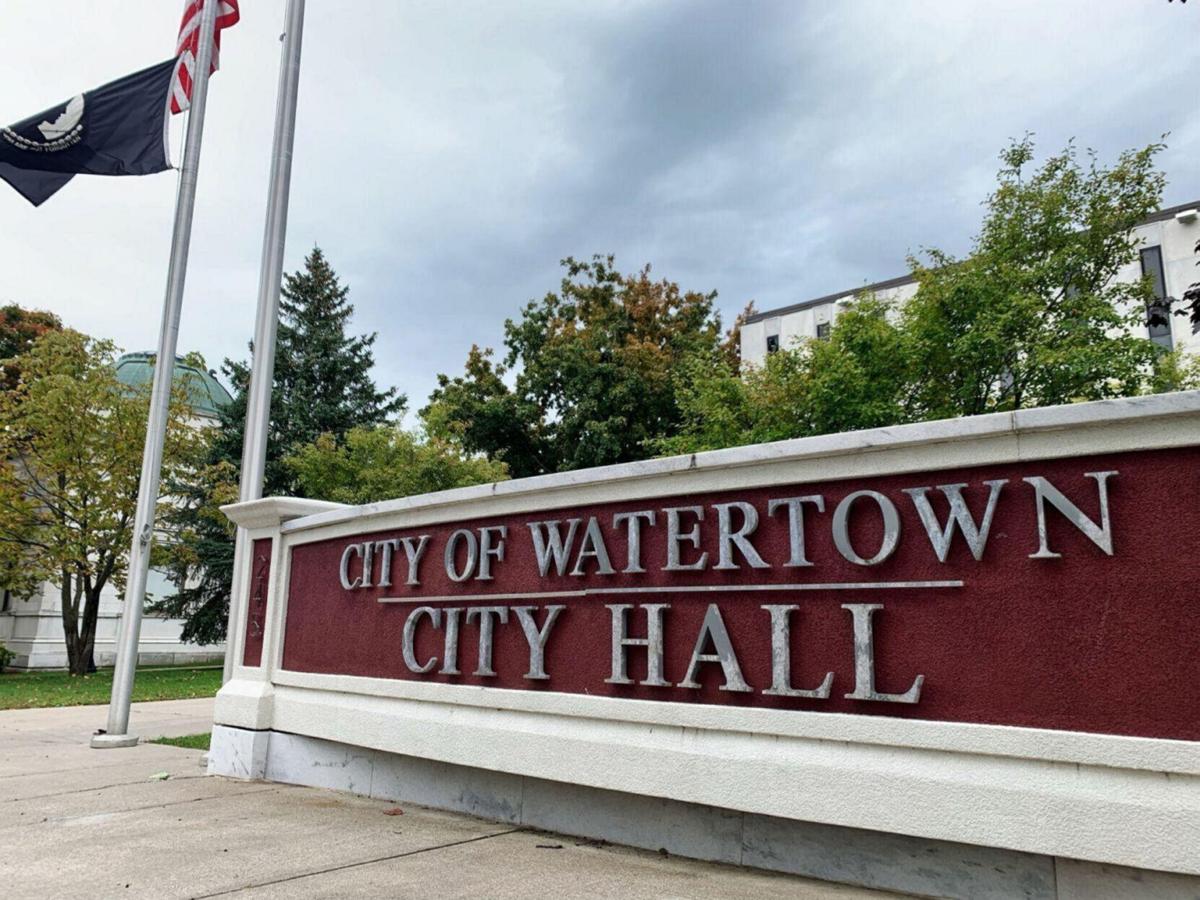 Watertown officials are gaining a reputation for their desire to wrap a cloak of secrecy around information that should be made public. Sydney Schaefer/Watertown Daily Times

Watertown Mayor Jeffrey M. Smith and other members of the City Council have been conducting interviews for a successor to Jesse C.P. Roshia, who resigned earlier this year, behind closed doors. Sydney Schaefer/Watertown Daily Times

Watertown officials are gaining a reputation for their desire to wrap a cloak of secrecy around information that should be made public. Sydney Schaefer/Watertown Daily Times

Members of the Watertown City Council prefer to keep information vital to the public under wraps.

They didn’t find it useful to let residents view the contents of a report commissioned to investigate the disturbing behavior of former City Manager Richard M. Finn. Fortunately, state Supreme Court Judge James M. McClusky disagreed with them and compelled the city to make it available.

And now these elected officials are shy about letting constituents observe their interviews with individuals who want to serve with them on the council. Apparently, it’s none of our business what candidates say about why they want to help govern the city.

Jesse C.P. Roshia resigned from the City Council in January after announcing he and his family were moving out of the city due to his new job. So the other members have been conducting interviews to name a successor.

But these interviews have occurred behind closed doors. This certainly violates the spirit of the state’s Open Meetings Law if not the letter of it.

Members of public bodies who gather to discuss public business are required to do so in public. This allows people to attend these meetings and observe what they’re talking about.

Specifically, it gives constituents the opportunity to find out what measures authorities are voting on and why they support or oppose them. Residents also may address officials on these issues as they’re being hashed out.

This is a critical part of our democratic system, which is based on the concept of self-government. How are citizens expected to make good decisions about whom they should support for public office if they’re kept in the dark about what’s going on?

City attorney Robert Slye and a representatives of the state Committee on Open Government both claimed the closed sessions were permitted under exceptions to the OML. They said these meetings were like job interviews where council members could discuss the candidates’ employment histories.

The first problem with this approach is that it’s the city manager who oversees the administration of the city, not the council. For example, the city manager hires department heads. So council members aren’t typically involved in interviewing job candidates.

Secondly, council members are not interviewing people who want to be city employees. They’re having discussions with individuals who want to hold public office.

Everything these candidates say is of great interest to city residents. Why keep constituents in the dark? What information do members of the council wish to keep hidden with these closed sessions?

These candidates want to be granted authority to make rules under which we all must live. Why should we be shut out of the process to determine whether or not they’re qualified for such a responsibility?

When Mark C. Walczyk resigned from the City Council to take his position in the state Assembly, interviews for his successor were held in public. Residents got to see how candidates fared under questioning from council members. And we all found out what these candidates believed and how they intended to serve us in office.

Yes, it’s the job of the council members to appoint someone to fill the vacancy. But we need to know who these candidates are, what credentials they have to serve in this capacity and why they want to be on the council.

This isn’t some elite “members only” club. Being a member of the City Council is a sacred trust. And to conduct these interviews in secret is a violation of that trust, which shouldn’t give anyone confidence that the process is legitimate.

I wholeheartedly agree with this editorial.

Another reason to hold public interviews that is not mentioned in the editorial is that the more citizens see, hear and experience the selection process, interview questions, candidates' responses, etc., the more citizens will be inclined and inspired to run for public office themselves. There are a lot of great but "sleeping" potential public servants in our community. We have to provide the opportunities and experiences that awaken them. Among them are open meetings and public interviews. Otherwise, more and more, we'll find ourselves moving from election to election with the same recycled list of candidates. To some extent, we're there now.

But they can't see any more candidates until they agree on a candidate.