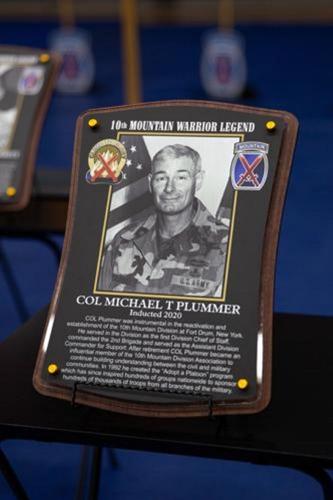 Retired U.S. Army Col. Michael T. Plummer was honored along with others in September 2020 during the Warrior Legends Hall of Fame Ceremony at Fort Drum. Kara Dry/Watertown Daily Times 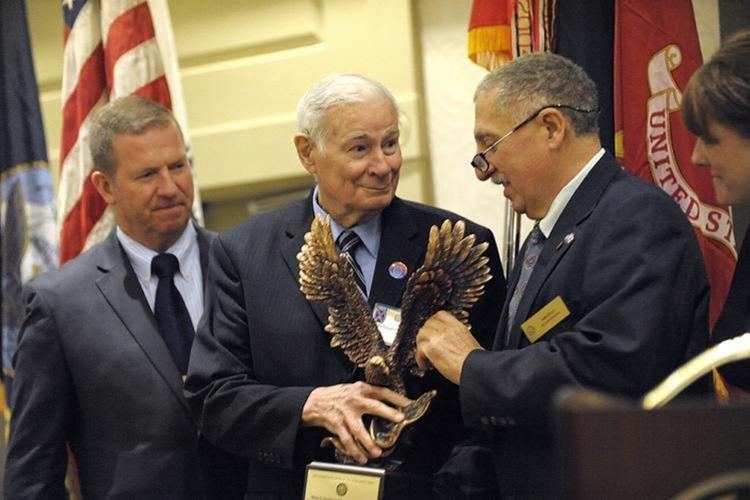 Retired U.S. Army Col. Michael T. Plummer was honored along with others in September 2020 during the Warrior Legends Hall of Fame Ceremony at Fort Drum. Kara Dry/Watertown Daily Times

When the U.S. Army reactivated the 10th Mountain Division in the 1980s, it selected Fort Drum as the unit’s new base of operations.

But Michael T. Plummer wanted more for those who would come here. He dedicated his life to ensuring the soldiers didn’t simply arrive on a military post; he worked to see that they had a home.

Plummer began linking soldiers with the people and organizations of Watertown. The Army’s goal was to have the personnel at Fort Drum integrated into the surrounding community as much as possible, and Plummer did more than his share to see this happen.

The retired Army colonel died Jan. 11 at the age of 83. A native of San Francisco, Plummer served in the Army for more than three decades.

Bob Gorman, former managing editor of the Watertown Daily Times, reflected earlier this year on Plummer’s efforts to increase the connections between Fort Drum and the north country.

“For 25 years, Mike Plummer was relentlessly honored for his efforts to ensure every platoon of deployed Fort Drum soldiers was “adopted” by the local citizenry until each unit returned home from Belgrade, Baghdad, Bagram or anywhere else bullets and bombs had taken the place of diplomacy,” Gorman wrote in a column published Jan. 16 in the Times. “Plummer, a West Point grad and Vietnam vet, was a trained tactician and also a full-blown strategist. (If you need an example of the difference, consider the U.S. exit from Afghanistan, which was heavy on strategy and light on tactics). The Army’s pivot to include rapid deployment ‘light infantry’ came about in large part due to Plummer’s strategic thinking outlined in a document he prepared for the Army in the early 1980s.

“So, it is no surprise that in retirement the former colonel’s big brain dreamed up a strategy of having community groups ‘adopt’ units of deployed soldiers,” according to Gorman’s column. “In other words, what professional leader of soldiers wouldn’t want his soldiers’ morale boosted so they can remain mission focused? But putting such a plan into action — tactics — is another thing. That took countless hours of legwork and phone calls, and reams of spreadsheets with businesses and civic, church and school groups in one column squaring up with every deployed unit in an adjacent column. We can all look back and say Plummer’s success just required elbow grease. But let’s consider that time long ago when Fort Drum became home to the reconstituted 10th Mountain Division. Starting in 1985, thousands of soldiers and their families began pouring into the north country and continued doing so when the division’s size was doubled in 2004.”

The work involved in such a project was extraordinary. But so were the people who took up this challenge — and their leader.

Northern New York has benefited tremendously from the presence of Fort Drum and the people who staff it. We have good reason to believe that the soldiers and civilians there along with their families feel the same way.

Plummer did as much as anyone to bridge these two entities. So we’re pleased that a street connecting Fort Drum with Watertown will be named in his honor.

State Assemblyman Kenneth D. Blankenbush, R-Black River, and Sen. Patricia A. Ritchie, R-Heuvelton, said Monday that a portion of Route 283 from the city limits to the Fort Drum gate will be renamed Colonel Michael Plummer Memorial Highway. This is a fitting tribute to a man who smoothed the road between a military post and its home community, richly rewarding both in the process.