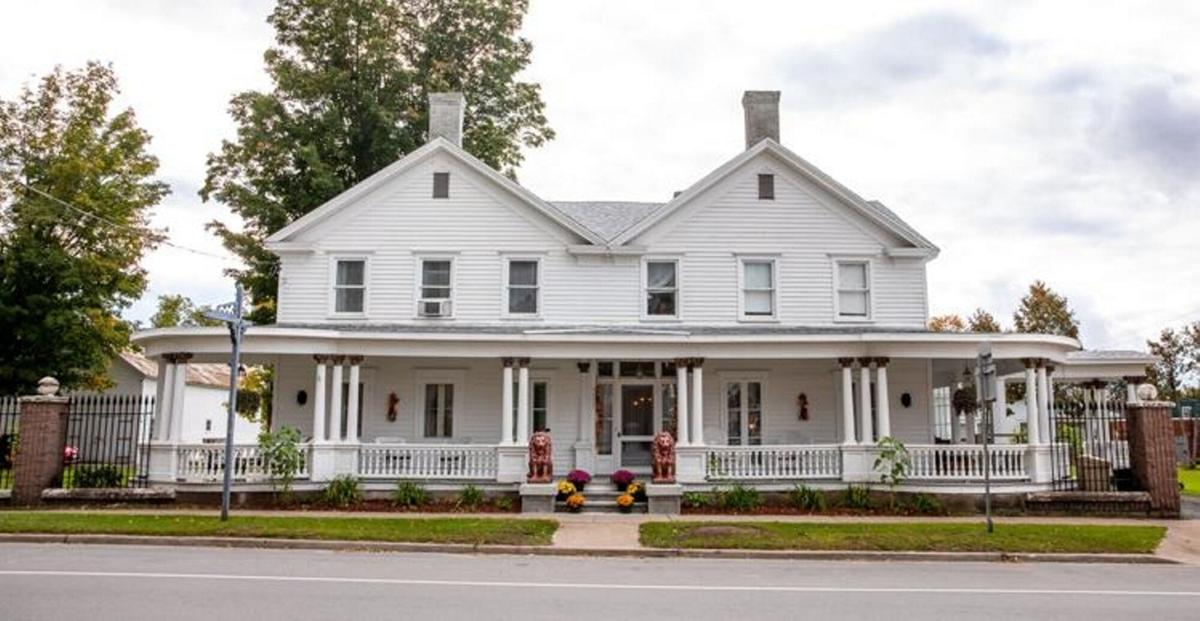 Travis Proulx has been working to bring the Basselin House, 9757 State Route 812 in Croghan, back to its deserved luster since he bought it in February 2020. Kara Dry/Watertown Daily Times 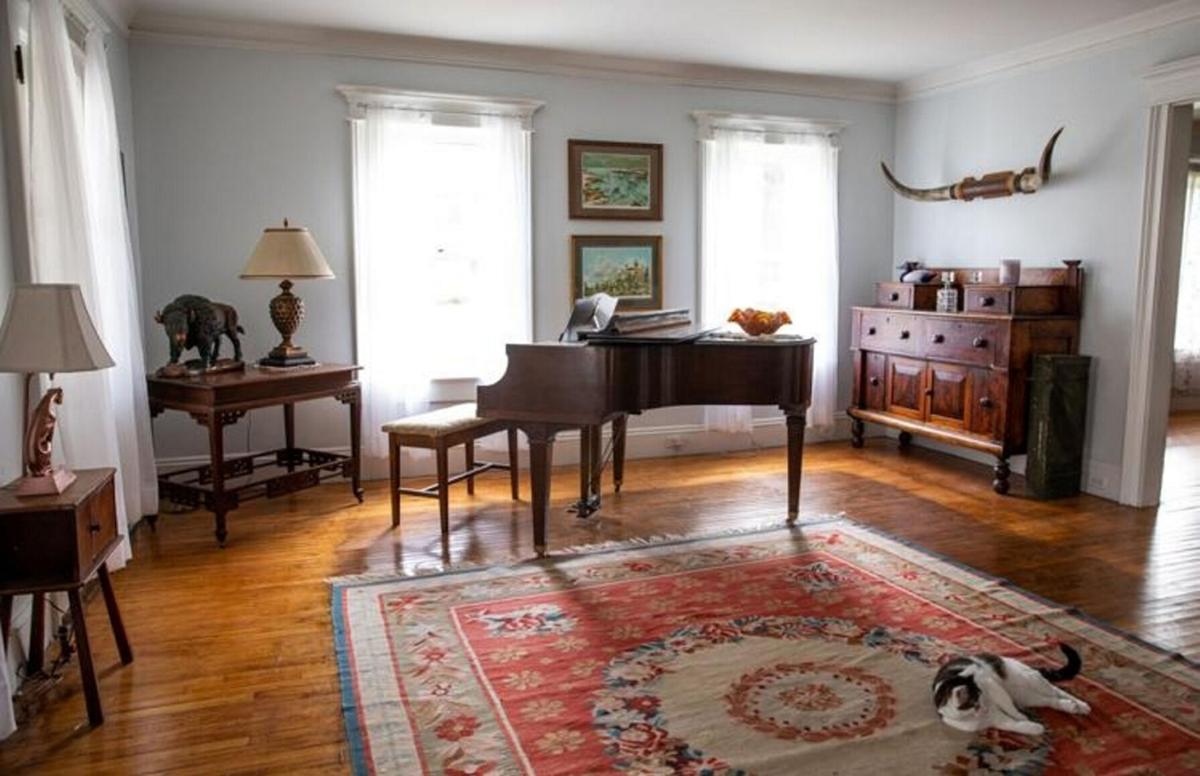 Piper the cat lays in front of a baby grand piano inside the historic Basselin House in Croghan. Kara Dry/Watertown Daily Times

Travis Proulx has been working to bring the Basselin House, 9757 State Route 812 in Croghan, back to its deserved luster since he bought it in February 2020. Kara Dry/Watertown Daily Times

Piper the cat lays in front of a baby grand piano inside the historic Basselin House in Croghan. Kara Dry/Watertown Daily Times

When he purchased it nearly two years ago, Croghan native Travis Proulx understood the Basselin House’s value to the community.

The mansion at 9757 State Route 812 in Lewis County is a cherished asset. But maintaining such a large structure has taken a great deal of effort.

The historic residence served as the home of Theodore B. Basselin, the village’s first president. Community leaders in Croghan have debated how to best preserve the house.

Basselin House was previously owned by Lena and Thomas Horne. They put it on the market in 2019 when they opted to return to their native Sweden.

Some people proposed creating a limited liability company, through which Croghan residents could become shareholders in the home. The facility would then be used as a meeting venue as well as a bed and breakfast.

But members of the Croghan Village Board of Trustees did not support this plan. So Julie L. Robinson and Dawn Ashline, co-historians for the village, worked to identify a buyer. In addition to being co-historian, Robinson is the owner/operator of Crown Jules Realty.

While living in Albany, Proulx decided to buy the Basselin House. He had vivid memories of it growing up in Croghan. He wanted to ensure it remains an essential part of the community’s cultural life.

“This is a house I’ve looked at since I was a kid. It was a house that showed me what I wanted to strive for in life,” Proulx said in a story published Dec. 13, 2019, by the Watertown Daily Times. “It’s humbling to be able to do this and to have the community support for it. … I want this to be a home, first and foremost, but a home that is accessible to the community. … I’m buying a house, but it’s a property that means a lot to everyone here. It’s really the focal point.”

Proulx developed a multi-year restoration plan for the house, and his plan paid off. He recently was named one of the recipients of the Adirondack Architectural Heritage Award this year.

“AARCH first discovered the Basselin House on a tour of the town of Croghan in 2020, which visited numerous properties there and included a visit to the Basselin House. It was then that we learned about Travis Proulx and efforts to rehabilitate the property,” according to the group’s website. “Travis purchased the home in February 2020 and set about stabilizing and repairing not only the manor house but the property’s other historic buildings, which include a barn and a guest house that was originally an office. This property is impressively intact, retaining key features that help tell the story of the Basselin family and the influential role they played in Croghan. The Basselin House is most known for its association with Theodore Basselin, who lived there from 1854 to 1914. He was Lewis County’s first millionaire, and his financial success began with that of his family’s general store and grew with investments in the lumber and railroad industries. He was also one of the original state forest commissioners, who were instrumental in determining the boundaries of the Blue Line of the Adirondack Park.”

It takes real dedication to restore a historic structure to its original prominence. But doing so preserves a vital chapter in a community’s history.

We commend Proulx along with his mother and stepfather, Kay and Kenneth Gerow, who have undertaken this renovation project on the Basselin House. This means that future generations of Croghan residents will be able to enjoy its beauty.