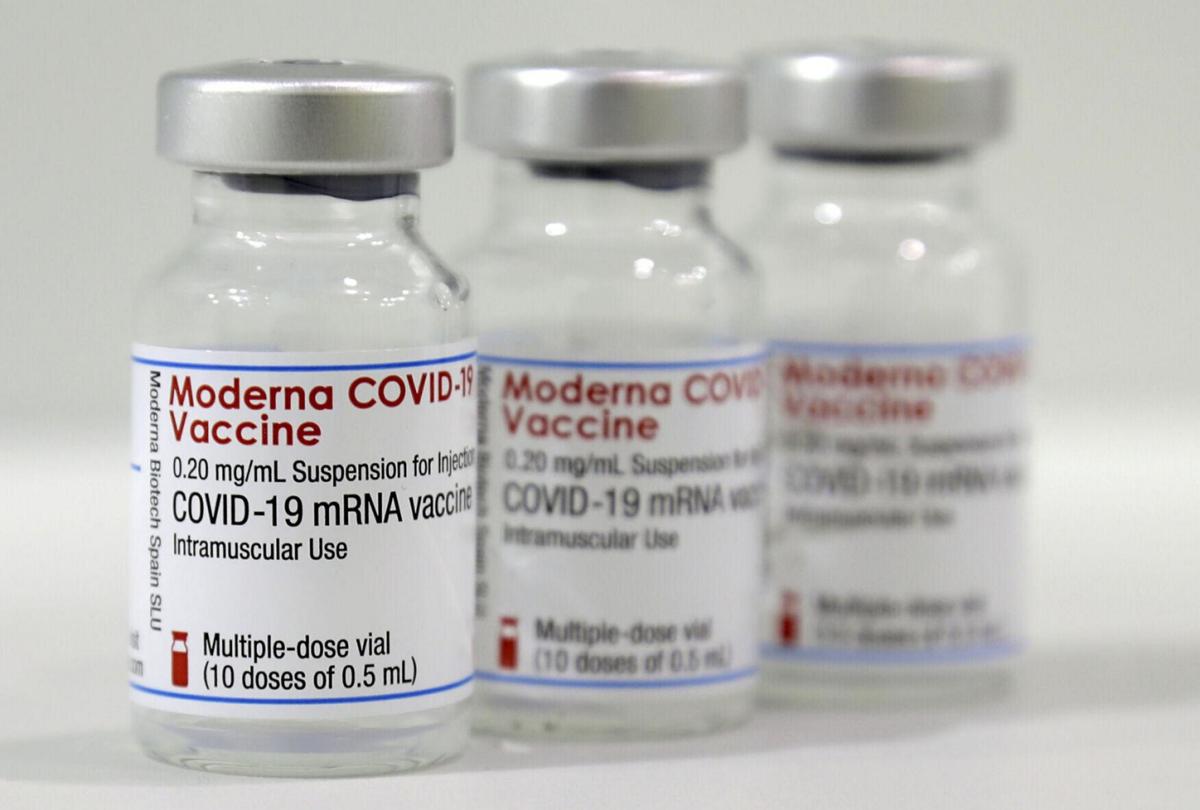 Public health officials fear that a growing reluctance to be vaccinated against COVID-19 will thwart efforts for the United States to achieve herd immunity. Michael Sohn/Pool/Getty Images/Tribune News Service 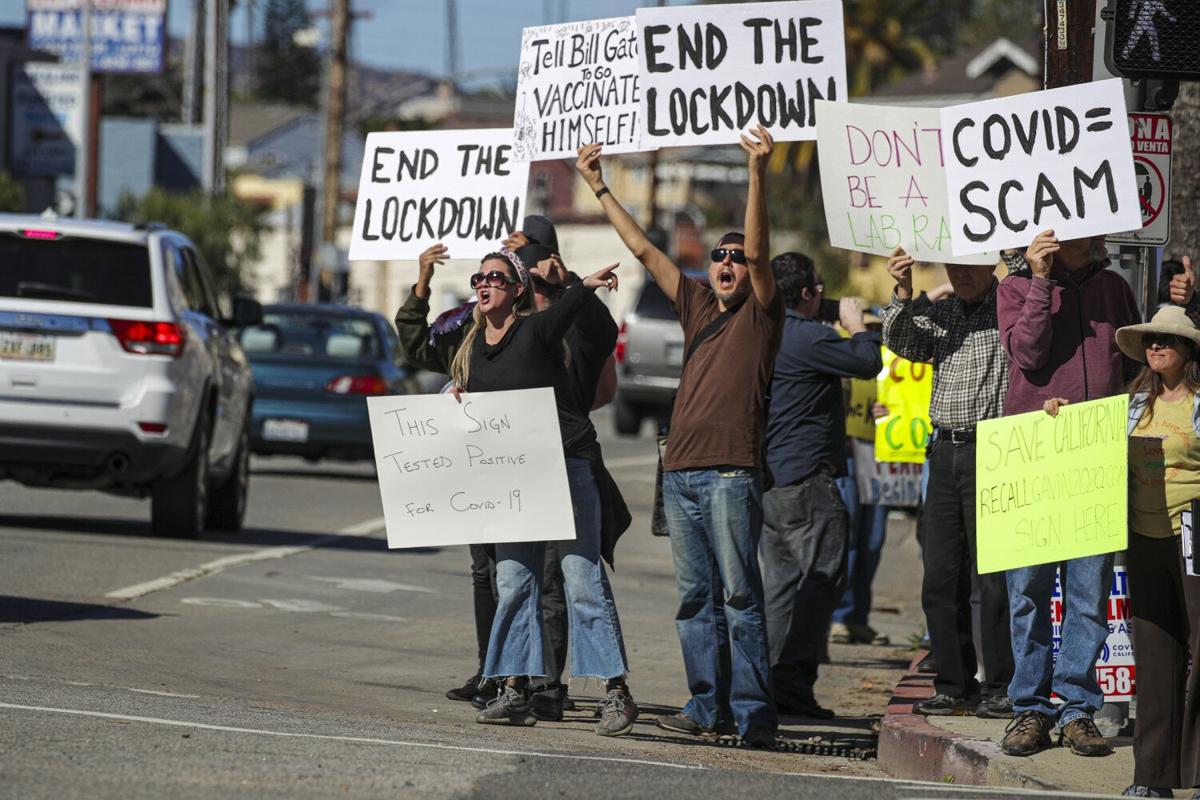 Republicans are among those Americans who refuse to be vaccinated against COVID-19. Irfan Khan/Los Angeles Times/Tribune News Service

Public health officials fear that a growing reluctance to be vaccinated against COVID-19 will thwart efforts for the United States to achieve herd immunity. Michael Sohn/Pool/Getty Images/Tribune News Service

Republicans are among those Americans who refuse to be vaccinated against COVID-19. Irfan Khan/Los Angeles Times/Tribune News Service

Public health authorities have grown more doubtful that the United States will achieve herd immunity when it comes to the novel coronavirus.

Between 70% and 80% of all Americans would need to be vaccinated to reach herd immunity. This means that a sufficient number of people are shielded from the COVID-19 to keep it from remaining a major health threat to the U.S. population.

The substantially larger segment of the population that’s vaccinated protect everyone else. New cases of infection become less frequent because fewer humans will serve as a host for the virus.

This is the beauty of herd immunity. We know that not everyone will be vaccinated. But if enough people do, this will have a similar effect by significantly slowing the rate of infection.

However, ongoing reluctance to being vaccinated is proving to be a real problem. The coronavirus may well remain a serious threat, and the restrictions imposed to deal with the crisis could continue.

“Early in the pandemic, when vaccines for the coronavirus were still just a glimmer on the horizon, the term ‘herd immunity’ came to signify the endgame: the point when enough Americans would be protected from the virus so we could be rid of the pathogen and reclaim our lives. Now, more than half of adults in the United States have been inoculated with at least one dose of a vaccine,” according to a story published Monday by the New York Times. “But daily vaccination rates are slipping, and there is widespread consensus among scientists and public health experts that the herd immunity threshold is not attainable — at least not in the foreseeable future, and perhaps not ever. Instead, they are coming to the conclusion that rather than making a long-promised exit, the virus will most likely become a manageable threat that will continue to circulate in the United States for years to come, still causing hospitalizations and deaths but in much smaller numbers. How much smaller is uncertain and depends in part on how much of the nation, and the world, becomes vaccinated and how the coronavirus evolves. It is already clear, however, that the virus is changing too quickly, new variants are spreading too easily and vaccination is proceeding too slowly for herd immunity to be within reach anytime soon.”

On April 14, Monmouth University released a poll it conducted showing that two in five Republicans said they don’t intend to be vaccinated. A poll by Quinnipiac University, also issued April 14, indicted that 45% of Republicans are turning down the vaccine.

The Kaiser Family Foundation had some slightly better news. According to a Stateline.org article published Sunday in the Watertown Daily Times, the foundation reported that three in 10 Republicans (30%) won’t be vaccinated (this rises to 35% when focusing on rural male Republicans).

These are alarming statistics. The perilous effects of the coronavirus have been well documented.

But many Republicans, particularly those from rural areas of the country, refuse to accept the overwhelming evidence that the vaccines being distributed now are safe and effective. They risk their health and pose a hazard to people around them. The good news is that we haven’t seen evidence that Republicans in Northern New York are following this trend.

GOP leaders nationwide need to mount a campaign to persuade their constituents to be vaccinated. Those resisting this option make up their base of supporters, and it would be helpful for elected officials in the GOP to persuade holdouts to protect themselves. One selling point is that government-imposed restrictions will be lifted once enough people get vaccinated.

Refusing a vaccination isn’t doing the Republican Party or the United States any good. People left vulnerable to the coronavirus face far greater health risks from COVID-19 than they do from the vaccine. Be a true patriot by rolling up your sleeve and doing your part.

Nothing like politicalizing a pandemic and an Authorized for Emergency Use vaccine.

Of course it brings out the usual fringe leftist..

Put vaccines in the hands of primary care physicians.

Maybe if those of us who are vaccinated could somehow display a sign of it. When they see we are just fine and no ill effects the vaccine avoiders will feel reassured. It could be like a special mark on our foreheads, and it could be required in order to go into stores and stuff.

You know, a lot of people think that goes away in April with the heat — as the heat comes in. Typically, that will go away in April. Feb. 10, 2020

But a lot of movement and a lot of progress has been made in a vaccine. But I think what happens is it’s going to go away. This is going to go away. And whether it comes back in a modified form in the fall, we’ll be able to handle it. April 28, 2020

And I think we’re doing very well on the vaccines but, with or without a vaccine, it’s going to pass, and we’re going to be back to normal. May 5, 2020

It sure sounds like Trump was telling people to get vaccinated.

Of course it's the Republicans! They don't want to be vaccinated with Biden vaccinations.

The spouse and I were just kicking around ideas and phrases that might finally convince those who refuse to be vaccinate to get one. It is hard to know just what is keeping them from doing the sensible thing.

Getting vaccinated is patriotic, and it will help the economy. If you think Covid is a hoax go volunteer to meet with those presently hospitalized or visit the family of those deceased. Do it for your loved ones.

Consider that all these new more contagious variants can only arise in a population that is under vaccinated. So if you don't then you are creating a worse virus.

Yes there are many good sensible reasons to get vaccinated, but I fear thee damage to the republican mindset of resistance was established a long time ago when Party leaders and "voices" like Rush Limburg downplayed it. It is SAD that the people who call themsleves Republican can be so easily misled .

I am glad the editors wrote this column but they appear to be incorrect wehn they say this: "The good news is that we haven’t seen evidence that Republicans in Northern New York are following this trend."

The unfortunate fact is that the vaccination rates for most north county counties is below the national average of fifty six percent . Jefferson and Lewis are at about 37 percent. Only Hamilton county beat the average at sixty four percent. Good job , what are they doing right?

GOP leaders nationwide need to mount a campaign to persuade their constituents to be vaccinated.

Sorry, they’re busy feathering their nests, advancing their careers and focusing on stardom.

We should just go back to normal now. Those who refuse the vaccine will get sick from each other and we'll just reach herd immunity that way: they'll have had it. And one percent of them will be dead. Alternatively, the rest of us could continue to wear masks and avoid crowds because of their selfishness. Who should bear the brunt of their decision? Why, the children who can't be vaccinated until this autumn, of course.