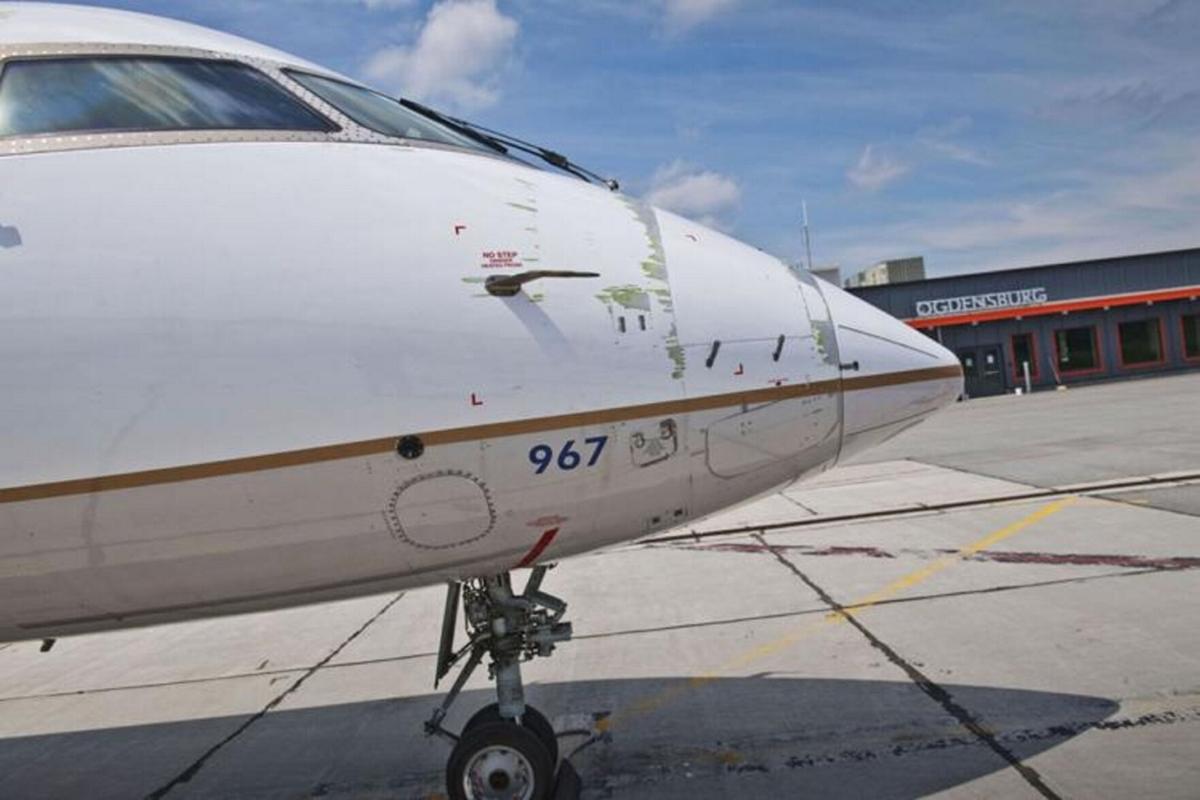 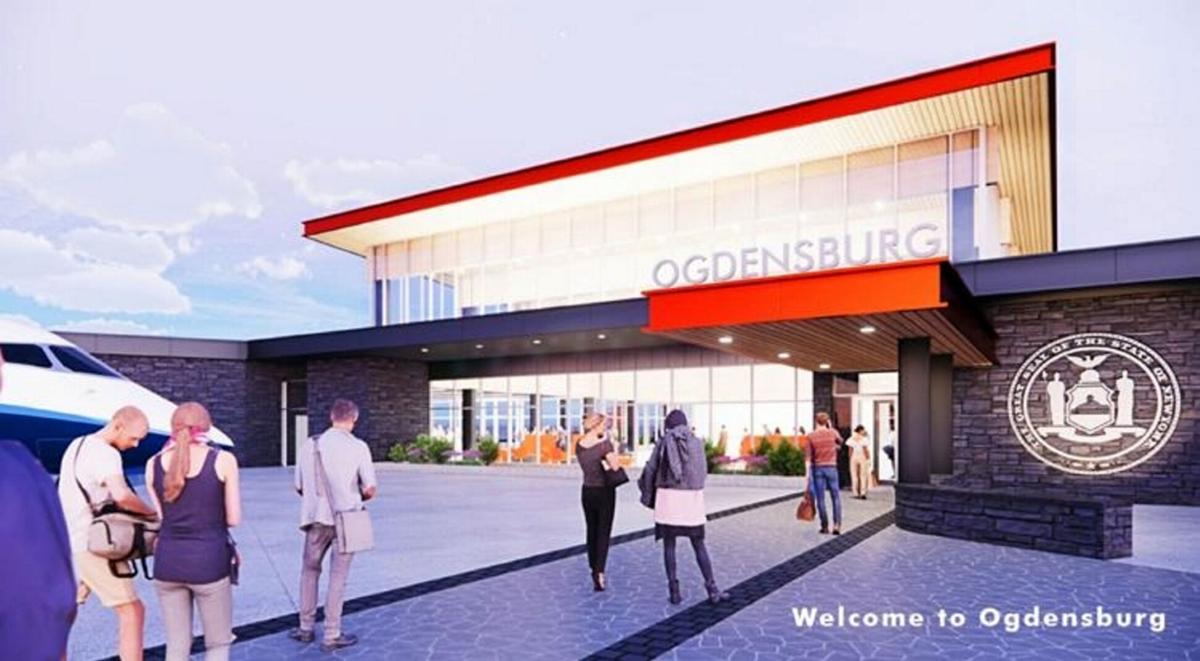 A rendering of the proposed entrance to the Ogdensburg International Airport shows a new welcome area for arriving passengers entering a new terminal from the runways. Image courtesy of the Ogdensburg Bridge and Port Authority

A rendering of the proposed entrance to the Ogdensburg International Airport shows a new welcome area for arriving passengers entering a new terminal from the runways. Image courtesy of the Ogdensburg Bridge and Port Authority

Receiving a $20 million grant would continue the improvements at Ogdensburg International Airport made over the past five years.

The Ogdensburg Bridge & Port Authority applied for the funds available through the Upstate Airport Economic Development and Revitalization Initiative, overseen by the state Department of Transportation. The program has awarded $250 million to upstate airports for various enhancements.

“The enhancements [for Ogdensburg International Airport] are needed for a multitude of reasons. The current terminal is cramped, and there is not enough seating for the number of passengers flying in and out of the airport; there is only one gate for both incoming and outgoing flights, contributing to congestion; there are few concessions for passengers who may have to be there for an extended period of time; and there is a lack of office and storage space for airport officials. The $20 million grant would ultimately transform the airport,” according to a story published Oct. 9 by the Watertown Daily Times. “The current terminal at the airport was constructed in 1980 as an aircraft hangar and underwent extensive remodeling in 2006, converting 65% of the facility for commercial service operations. In 2016, a 2,600-square-foot addition was constructed for a dedicated terminal building, making the entire footprint roughly 10,100 square feet.

“The application states that ‘the design of the space will be innovative and energy efficient, create operational efficiencies and utilize design themes that reflect the unique character of the St. Lawrence County and Ogdensburg communities. The updates will create a new gateway to the north country that is both welcoming and impressive.’ Upon arriving at the airport, passengers will be dropped off under an extended canopy to protect from the elements. The curbside for drop-off and pick-up will be elongated to allow for improved traffic flow. Passengers will then be able to pass through a courtyard featuring a sitting area with tables, chairs and planters before entering the building,” the article reported. “Once inside, passengers would find an expanded lobby with ample room for check-in, ticketing and baggage drop off. Beyond the lobby to the right, passengers will pass through an expanded TSA security checkpoint. A dedicated ‘recomposure’ area will exist beyond the checkpoint for passengers to gather their things without feeling rushed. After gathering personal items, passengers will be able to wait in an expanded hold room that allows for plenty of room to relax before a full flight. New restrooms will be added post-TSA checkpoint to prevent long lines prior to boarding. The concession area will be expanded to allow passengers the ability to get refreshments while they wait. Behind the lobby and hold room, operational space will be increased with more office space, two break rooms and a storage area. An expanded baggage staging area will allow for more efficient screening of bags and loading of them onto planes.”

In 2016, the OBPA completed a $26 million project to improve the airport. Work included a 1,200-foot extension of the airport runway as well as construction of a new terminal building and adjacent 400-space parking lot. This allowed the airport to lure airlines with larger jets, thus increasing flight options to additional destinations.

Ogdensburg International Airport does not have flights to and from Canada because there’s no designated space for agents from the U.S. Customs and Border Protection to screen passengers once they disembark their planes.

This is one issue the OBPA would resolve if it received funding from the state DOT. Ogdensburg is an excellent site for a regional airport, and it was wise for officials to apply for this grant. We encourage state authorities to approve their request and enhance the airport even more.