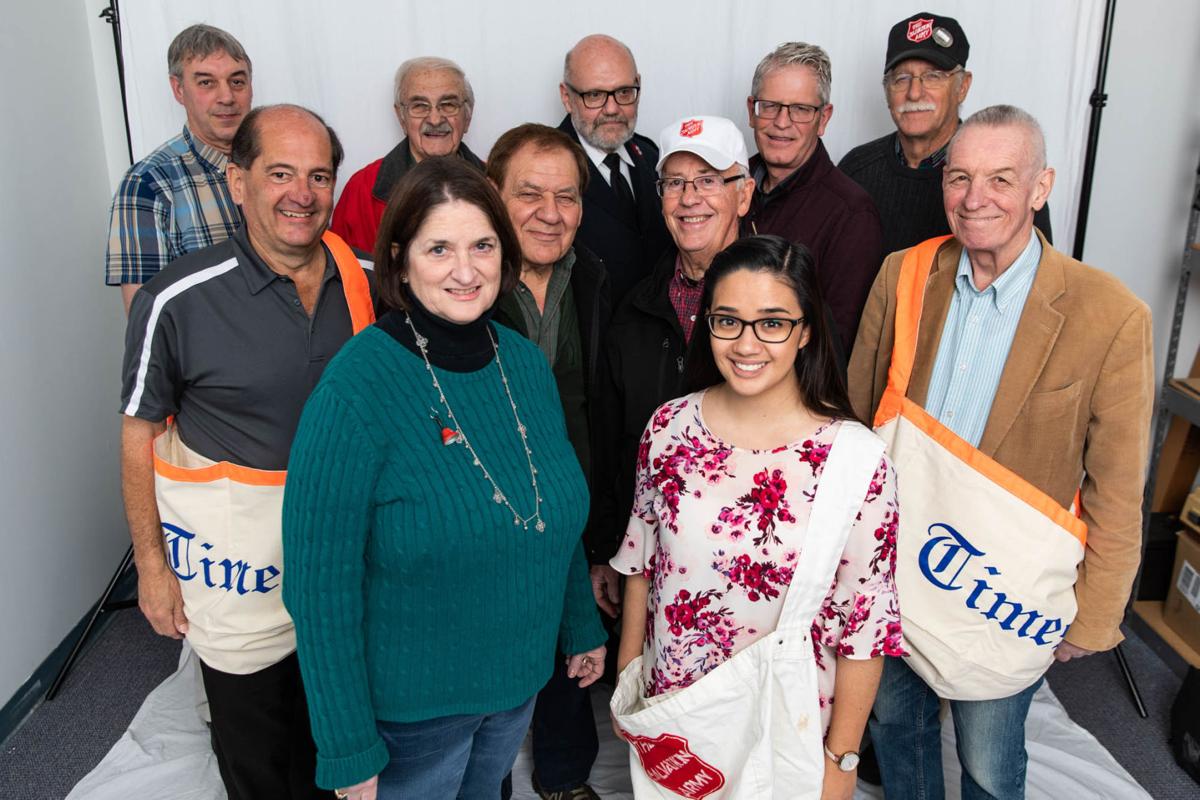 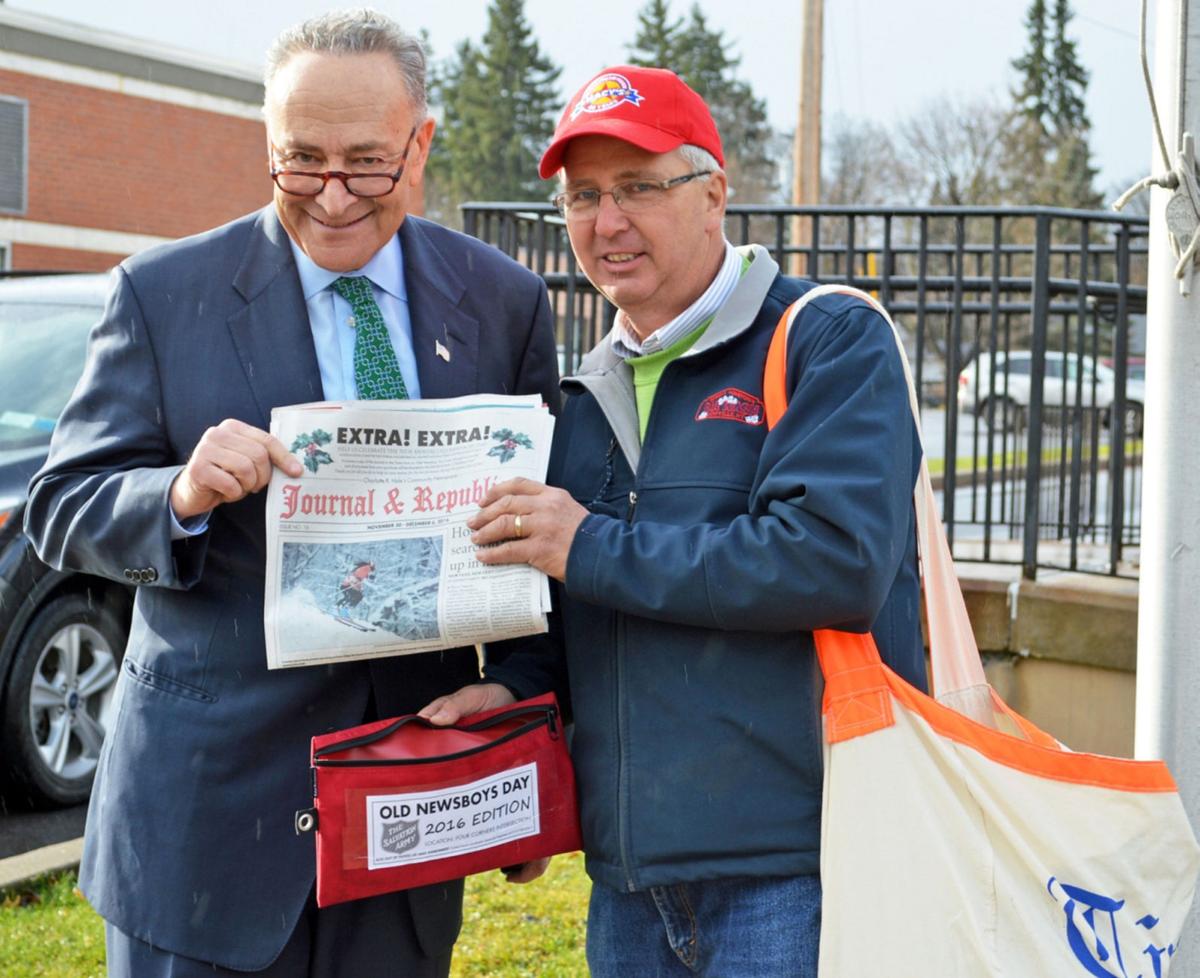 A tradition stretching back more than 100 years throughout the nation demonstrates that charity never goes out of date.

About $16,000 in donations came from 10 different workplaces. In addition, volunteers collected more than $3,000 on the streets throughout Jefferson and Lewis counties.

The Times first became involved with the Old Newsboys Day event through Dominic V. Liberatore, who worked for this newspaper company for nearly 40 years. He retired as circulation manager in 1981; he died in 2005 at the age of 85.

Organizing Old Newsboys Days as charitable events has been done for decades in different parts of the country. According to a Dec. 2, 2005, article in the Times, “Mr. Liberatore had become familiar with the Old Newsboys Day fundraising concept when he worked on the staff of the Avery News Agency in Syracuse before joining the Times …”

A Nov. 17, 2010, article titled “Old Newsboys Day St. Louis and Fr. Peter Dunne,” from a blog called Notes from StLou, states that this event has been going on in St. Louis since 1957. Duncan Bauman, who was editor of the St. Louis Globe-Democrat at the time, started the campaign there to raise money for children’s charities, the blog post reports.

According to the article on Notes from StLou, Old Newsboys Day events date back more than a century.

“St. Louis was late to adopt this charitable drive, which had its start in Detroit and Chicago as early as 1914, spreading to Lansing, Mich., in 1924; Toledo, Ohio, in 1929; and Syracuse, N.Y., in 1932, impacted by the initiative of Lewis Wickes Hine,” the blog post reported. “American sociologist, teacher and one of the great photojournalists of the 20th century, Hine took to the road between 1909 and 1917 using his camera to document the plight of child laborers across the United States. Hine’s dramatic photos … spotlighted child abuse and inspired reform of child labor laws in the U.S.”

Volunteers for the Post-Standard in Syracuse took to the streets Saturday and Sunday for the city’s Old Newsboys Days. They raised money for the Christmas Bureau, “a charity that provides food and toys to low-income families during the holiday,” according to a Nov. 13 article published by the newspaper.

It is a privilege for the Times to be part of an extraordinary tradition that has for many years helped the less fortunate, particularly children. We cherish the partnership forged with the Salvation Army to ensure this organization carries on its exemplary work.

People in the north country are encouraged to contribute to the Red Kettle campaign when they encounter bell ringers outside various shopping venues. The Salvation Army enhances the lives of so many people, and it relies on the kind hearts of so many to keep it going. It’s wonderful to see the people of Northern New York respond so generously to this worthy cause.