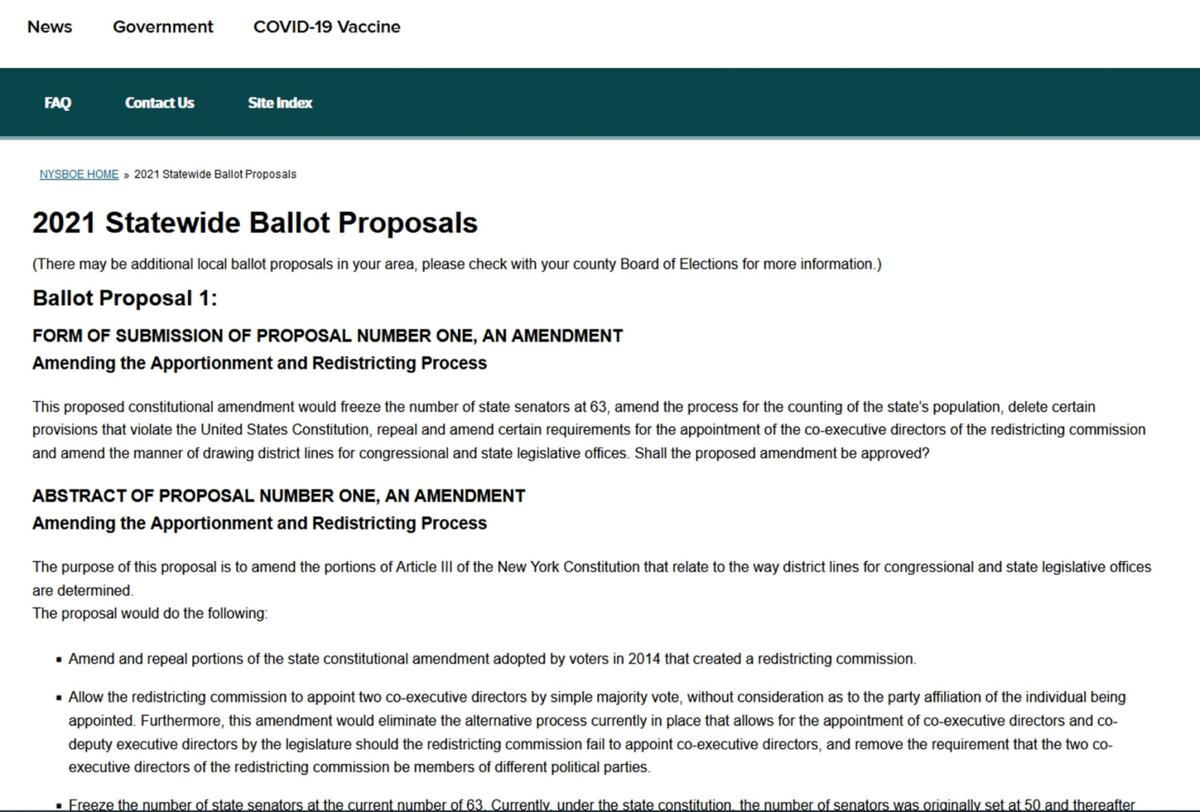 New York residents are being asked to vote on five proposed amendments to the state constitution. Screenshot 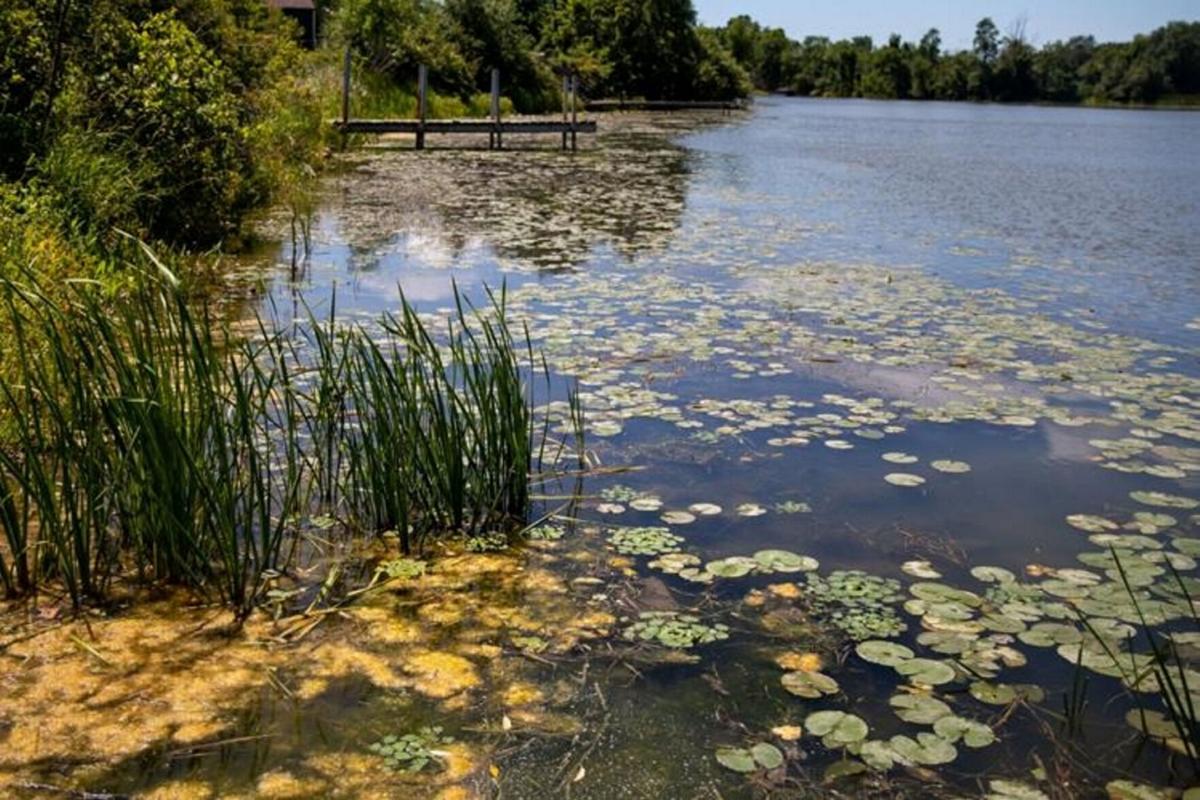 One proposed constitutional amendment on the statewide ballot asks if New Yorkers should have the right to clean air and water and a healthful environment. Kara Dry/Johnson Newspapers

New York residents are being asked to vote on five proposed amendments to the state constitution. Screenshot

One proposed constitutional amendment on the statewide ballot asks if New Yorkers should have the right to clean air and water and a healthful environment. Kara Dry/Johnson Newspapers

A statewide ballot proposal shows how little faith the folks in Albany have in a system created several years ago to reform the redistricting process.

In 2014, voters approved the creation of the New York State Independent Redistricting Commission. The hope in adopting this method of drawing new districts is that it will reduce the likelihood of gerrymandering. Voting districts were previously drafting by legislators from whatever party held the majority at the state Capitol.

Just how “independent” this commission will be in drawing maps has yet to be determined. Eight of the 10 members were appointed by Democratic and Republican legislative leaders. And the other two remaining members were named to the commission by those already on it.

In addition, the state Legislature can cast aside the congressional and state legislative maps proposed by the commission and draft its own. This will occur if lawmakers vote twice to reject the plans presented to them by commission members.

So there was a modicum of reform with the redistricting process. It was minor, but any change like this is a step in the right direction.

However, legislators are seeking to alter even this small alteration. A referendum proposal a state constitutional amendment will appear on Tuesday’s ballot.

To approve the map offered by the redistricting commission, lawmakers needed to get a vote of at least two-thirds of members of both chambers if one political party controls the Legislature. This makes it more likely that representatives of the opposing party will need to support the proposed map for it to pass.

Proposal No. 1 would change this to require only a simple majority. Democrats control the Assembly and Senate, and mandating a simple majority will give them the authority to approve maps that will keep them in power for at least the next decade. This is a bad plan, and we urge voters to reject it.

We also call on residents to oppose Proposal No. 2. It’s an astoundingly vague statement: “Each person shall have a right to clean air and water, and a healthful environment.”

That sounds great, but what exactly does this mean? How will the executive branch use this amendment to go after parties it deems to be in violation of the newly revised state constitution? The Legislature should pass tough environmental laws with specifics about what is a violation and how to enforce these provisions.

Proposals Nos. 3 and 4 pertain to voting reform measures, and we encourage voters to support them.

No. 3 would remove a constitutional mandate stating people must register to vote at least 10 days before an election. Changing this would allow same-day registration, given legislators pass this at some point.

This is a sound idea. As long as New York residents can prove they’re qualified to vote, there’s no reason they should have to wait 10 days.

Proposal No. 4 is another step in the right direction. The constitution now compels voters to offer a valid excuse as to why they want an absentee ballot. This referendum would remove that directive, leaving people free to obtain absentee ballots for any reason they see fit.

These proposed amendments would alter the constitutional for both good and ill. Please understand what each states and consider the best course for New York.

Proposal #2 "sounds great" because it IS great. Vote Yes!

Where were the howls of outrage from the WDT about " fairness" during the 50 plus years that Republicans had control of the State senate. The state Congress had been Republican majority for MUCH of New York history. So, how did they maintain that control.... gerrymandering, oops I meant to say Re-districting. The balance of Senators and districts based on population is wildly out of wack.

For any one trying to read that tiny partial screen shot of the ACTUAL PROPOSALS and the RATIONAL HERE IS THE official link.

I voted for all of them. 1 also requires the incarcerated to be counted at their former residence rather than where they are being held. And majority rule is what we're about, right? Why should anything require a supermajority? The commission doesn't build in democracy, it builds in equal power to the parties when the parties have unequal support, so it's kind of like the US Senate giving equal power to small and large states. A better way would be to have the commission members be elected statewide, or appointed by someone elected at large (such as the governor). 2 is basically fluff, so why not express nice sentiments? As for the other amendments, same day registration will be a nightmare for election officials, but probably will serve the public. The current system is built around a computerized database and the ten days gives time to update it.